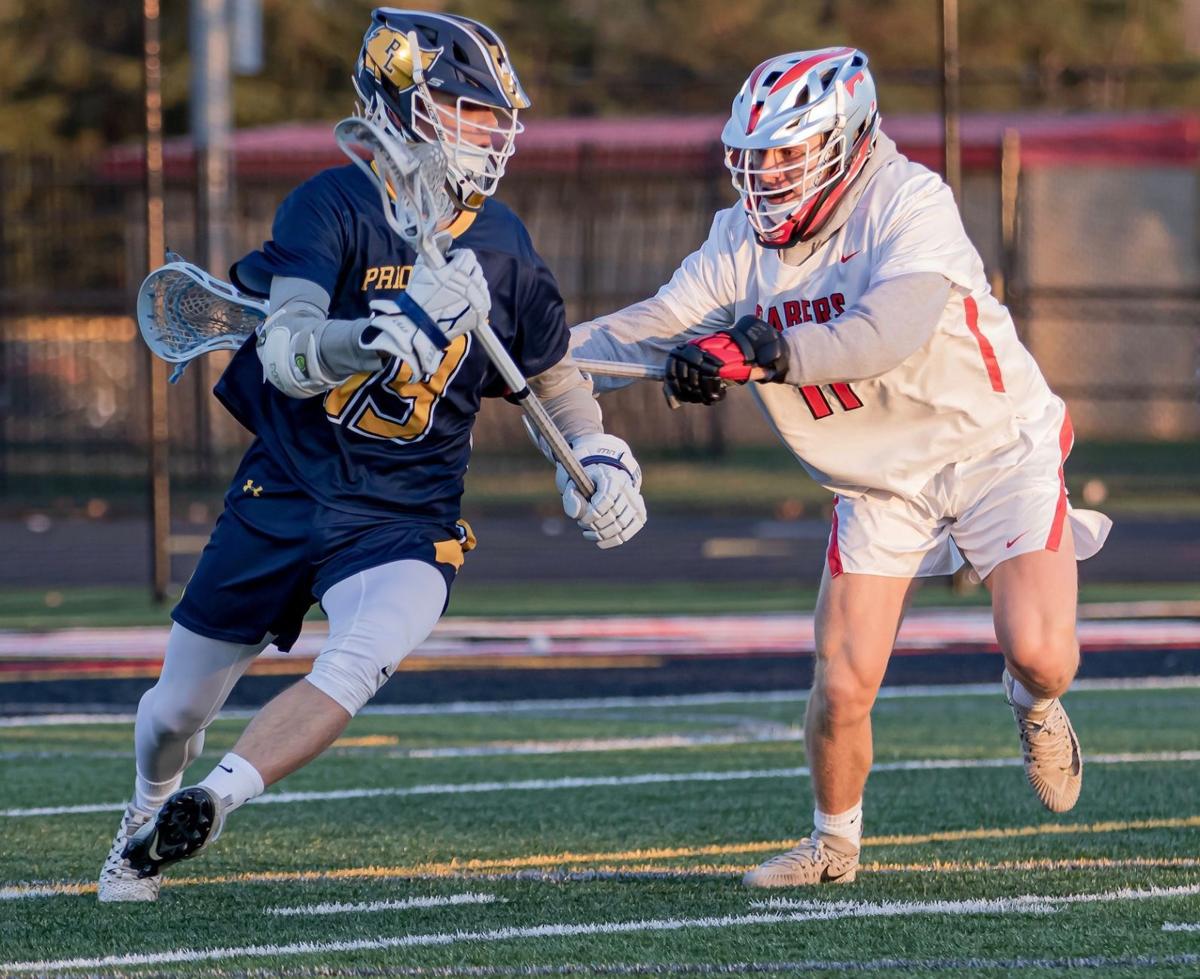 Junior Sam Leuthner has control of the ball in Prior Lake’s 11-10 South Suburban Conference win versus Shakopee April 20. 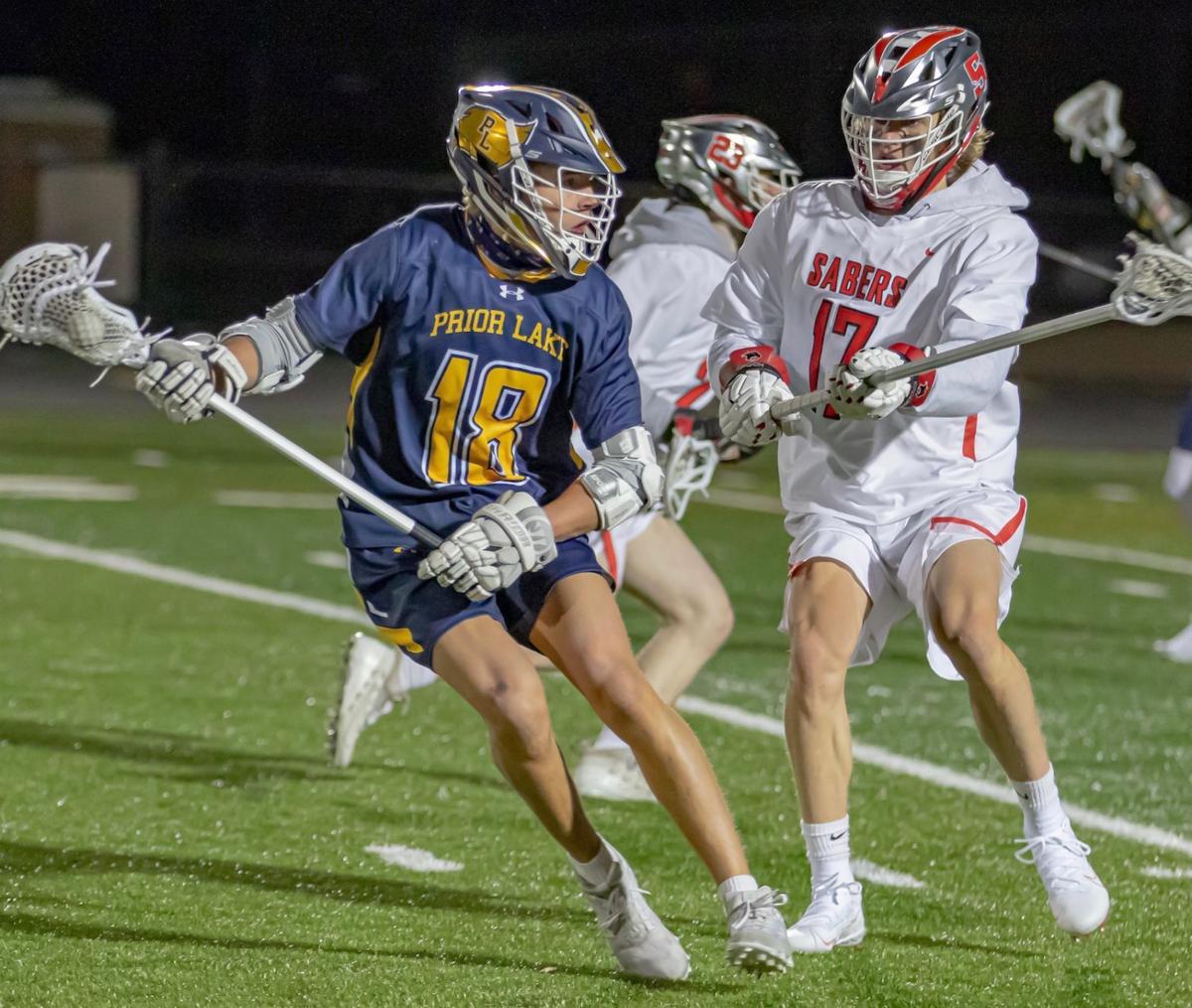 Junior Sam Leuthner has control of the ball in Prior Lake’s 11-10 South Suburban Conference win versus Shakopee April 20.

The Prior Lake boys lacrosse team has been the state’s best program over the last five seasons.

The Lakers won state titles in 2016, 2018 and 2019, but didn’t get a chance to defend their crown last spring. The emergence of the COVID-19 pandemic canceled all spring sports across the state.

“Losing last season was really tough for everyone involved, so it’s great to be back this season,” Prior Lake coach Casey Mithun said. “Seeing the kids active and competing is very uplifting.

“As coaches, we missed being able to push, joke around with and compete with the players,” Mithun added. “Also, the camaraderie with the officials and opposing coaches are aspects that I initially forgot about, but make the season fun and special.”

Fifth-ranked Prior Lake has opened this spring winning five of their first seven games, but has won all five of their South Suburban Conference contests.

Over the years, Prior Lake’s goal is build toward the postseason, so regular season losses don’t seem to detour the team. Mithun also knows winning three of the last four state titles also puts a target on their back.

“Our hopes and dreams as a program are high,” Mithun said. “Every team the last six of seven years has raised the bar so high. Our sights are set on playing in the last game of the season, the state championship.

“Our focus is on a lot of small goals that lead up to this end goal,” Mithun added. “We want to win our conference, win our section, get better every day and meeting certain statistical standards on game days. Our group this year, like most of the teams in the state, is inexperienced, but very talented.”

Prior Lake lost 12 seniors from the 2019 team and there were seven juniors on that squad, who didn’t get to play their senior year.

Senior Jack Miller scored 10 goals for the Lakers as a sophomore in 2019, while senior Keaton Sowder scored four times. Senior Matt Kallberg and juniors Sam Luethner, Cooper Busch and Dalton Spratt were also on the 2019 roster.

Kallberg anchors the Lakers defense, while Sowder and Smith will lead the offensive attack.

“We have two strong goalies (senior Connor Walters and junior Ryan Vitters) splitting halves and a full spread of ages on offense,” Mithun said. “It has been pretty evident across the state that the year off has hurt the team and individual development to start the season. Everyday we are together, it gets better.

“We all just need more reps to get the muscle and mental memory back,” Mithun added. “Our program is fairly unique in that our junior varsity and varsity team practice as one team. We intermingle our players all throughout practice until the last 20 minutes or so.”

Mithun said the co-practices help transition players to the varsity level and to reload and fill holes, as opposed to starting with a brand new team each spring.

Prior Lake will end the regular season at No. 9 Stillwater May 26. The Section 6 playoffs start June 1.

Section 6 is strong with the likes of Edina and No. 8 Bloomington Jefferson in the field, along with Rosemount and Eastview.

The state tournament starts June 15 with the quarterfinals. The semifinals are June 17 and the title game is June 19. A site is still to be determined.

Prior Lake beat Benilde-St. Margaret’s in the 2018 and 2019 state title games and Lakeville North in the 2016 championship.