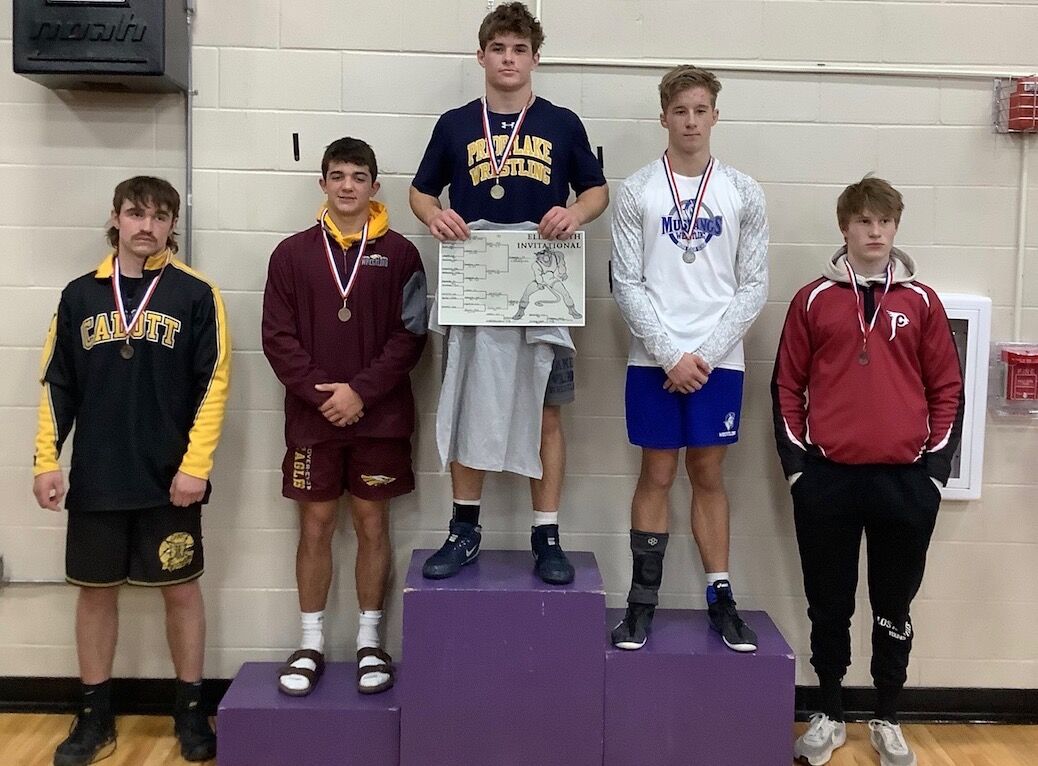 Prior Lake junior Alan Koehler won the 120 title at the annual Christmas Tournament in Rochester Dec. 18. 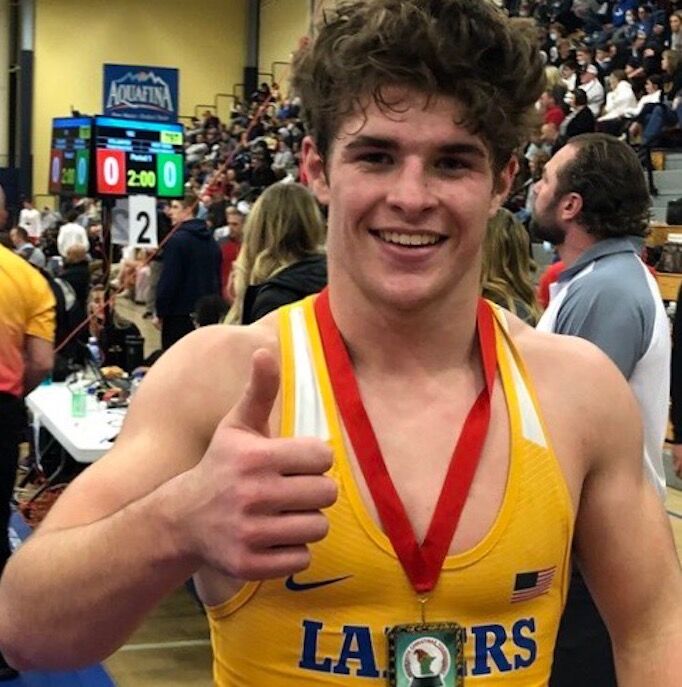 Prior Lake junior Alan Koehler won the 120 title at the annual Christmas Tournament in Rochester Dec. 18.

Junior Alan Koehler and senior Cole Edwards shined for Prior Lake at the Christmas Tournament in Rochester Dec. 17-18.

The annual event features many of the state’s top wrestlers from all three classes and Koehler and Edwards are two of them.

Koehler earned a 17-6 major decision in the semifinals over Ian Schultz of St. Michael-Albertville, ranked No. 6 at 120 in Class 3A. Koehler won by technical fall in his first two matches and earned an 18-7 victory over Graeson Pankratz of Oconto, Wisconsin in the quarterfinals.

Meanwhile, Edwards went 5-1 en route to his third-place showing. His loss came in the semifinals where he was pinned by Cole Glaizer of Kasson-Mantorville, ranked No. 2 at 170 in Class 2A.

Edwards won his first two matches by fall and then earned a 4-0 sudden victory in overtime in the quarterfinals over Adam Cherne of Wayzata, ranked No. 3 in Class 3A at 170.

Edwards earned a 5-2 win in the consolation semifinals over Jacob Reinardy (No. 7 at 170 in Class 3A), before meeting Cherne again for third place and winning 7-1.

Koehler and Edwards led Prior Lake to a 19th-place finish out of 36 schools in the team standings with 74 points. Top-ranked St. Michael-Albertville won the title (199.5).

Senior Carter Berggren and junior Martin Owusu each picked up two wins for Prior Lake at the tourney, but fell short of the medal round.

Berggren finished 2-2 at 145 pounds, while Owusu was also 2-2 competing at heavyweight.

Wrestlers picking up one win for Prior Lake at the tourney included sophomore Finn Bloomquist at 113, junior Aidan McGowan at 160 and senior Owen Dotseth at 195.

Prior Lake opened the South Suburban Conference dual season Dec. 2 with a 51-12 win over Rosemount.

Getting pins for the Lakers were junior Ben Brennan at 120, Koehler at 126, senior Anthony Bechik at 152, McGowan at 160 and Owusu at heavyweight.

Prior Lake competed in the Ellsworth Invitational Dec. 4, finishing third out of 11 schools in the team standings with 186.5 points.

Koehler won the 120-pound title for the Lakers, while Edwards was the 170-pound champion and Owusu was tops in the heavyweight division. Horejsi was runner-up at 182.