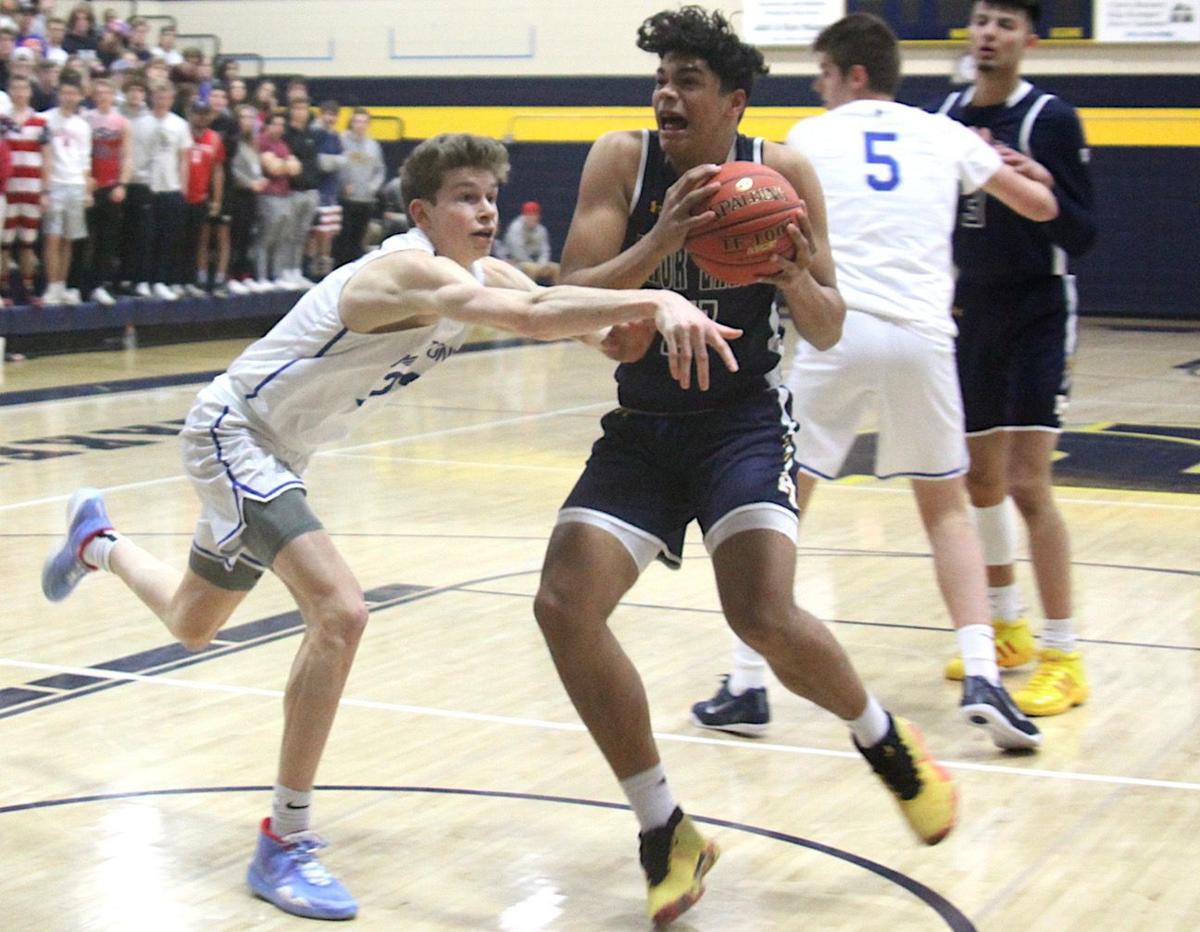 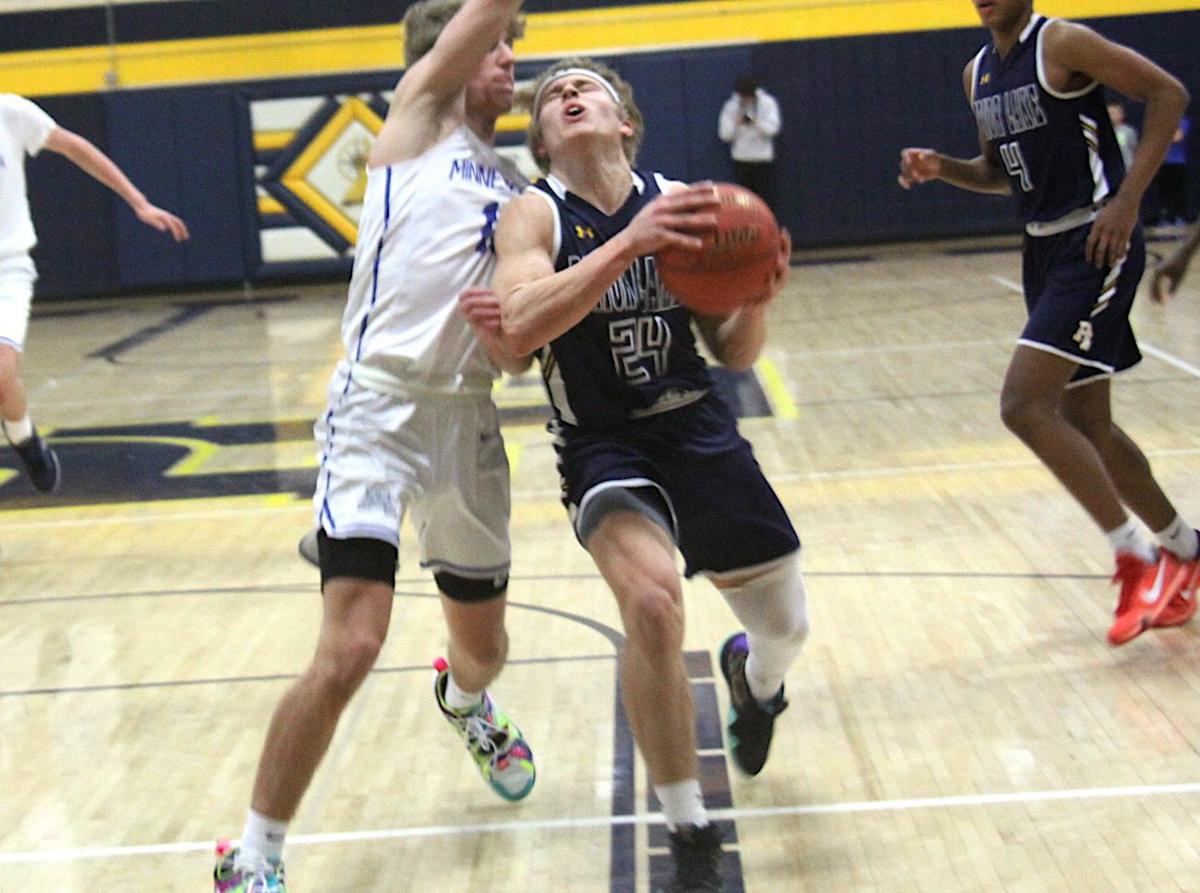 Senior Dylan Bair goes hard to the basket in fourth-seeded Prior Lake's 72-44 home win over fifth-seeded Minnetonka in the Section 2AAAA quarterfinals March 4. 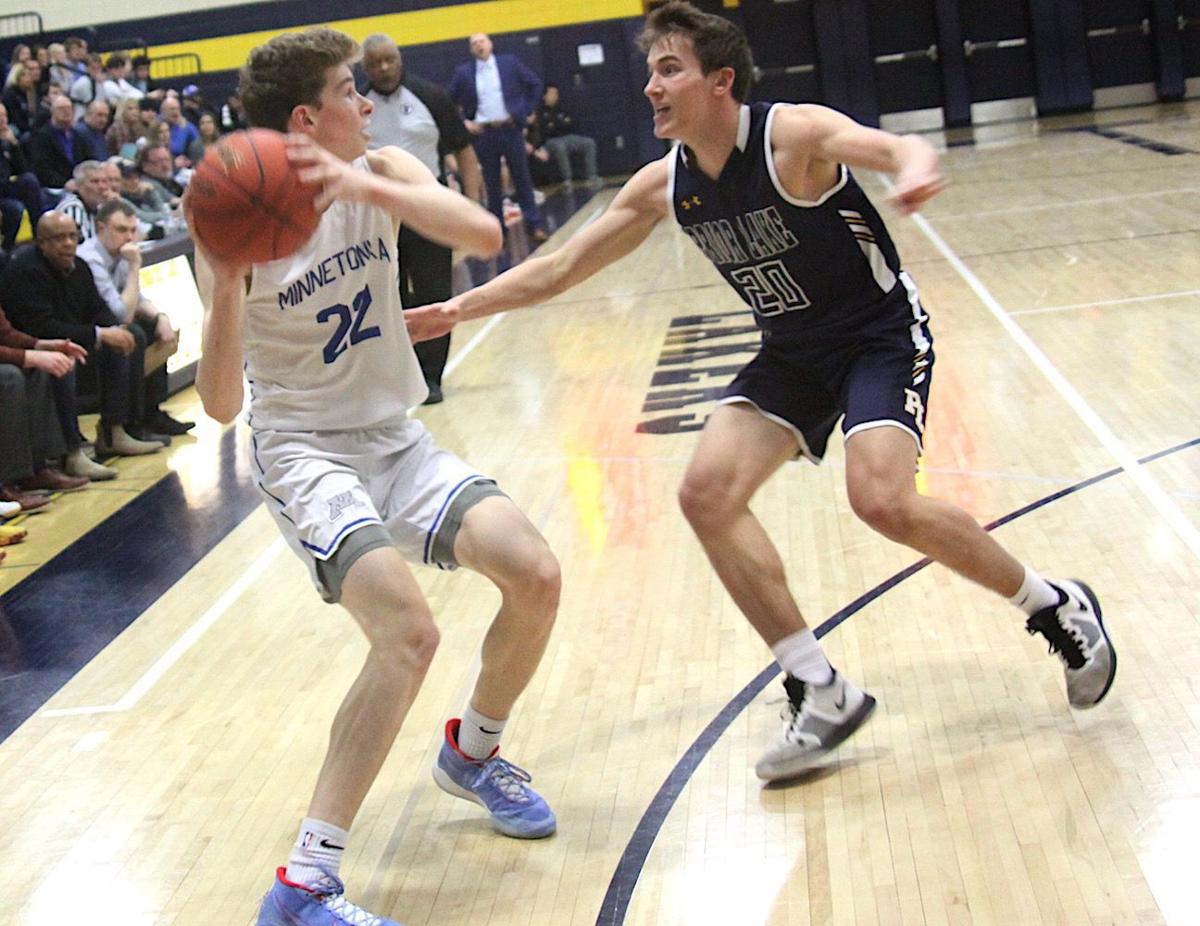 Senior Dylan Bair goes hard to the basket in fourth-seeded Prior Lake's 72-44 home win over fifth-seeded Minnetonka in the Section 2AAAA quarterfinals March 4.

The Prior Lake boys basketball didn't get much resistance in the Section 2AAAA quarterfinals March 4.

The fourth-seeded Lakers dominated from start to finish in an easy 72-44 home win over fifth-seeded Minnetonka. Prior Lake never trailed in the game, jumping out to a 14-4 lead and a 45-22 advantage at halftime.

The winners square off for the title March 13 at the site of the highest seed remaining at 7 p.m.

Eden Prairie beat the Lakers 62-45 in last year's title game. The No. 1-ranked Eagles also beat Prior Lake 79-58 back on Dec. 7 in the Breakdown Tip Off Classic in Hopkins.

The Lakers go into the semifinal game having won nine straight games, with sixth of those victories by double digits.

Senior Dawson Garcia led Prior Lake in the win over Minnetonka with a game-high 31 points, his 17th game this season of 30 or more points. He leads the team at 31.9 points per contest.

Minnetonka was never really in the game. Prior Lake took control from the opening tip, dominated the boards, scored in transition and got three-pointers in the first 10 minutes of play from Garcia, junior Tommy Mestnik and senior Dylan Bair.

The Lakers went into the playoffs off of a 76-60 South Suburban Conference home win over Lakeville North Feb. 28 which ended the regular season. The victory, coupled with fourth-ranked Shakopee's win versus No. 2 Eastview on the same night, gave Prior Lake a share of the league title.

Prior Lake, Shakopee and Eastview each finished with 15-3 records. It was the Lakers' first-ever SSC crown in the 10th year of the league.

Garcia led the way in beating Lakeville North with 22 points. Ihenacho and Bair were also in double figures with 17 and 11 points, respectively.

Mestnik chipped in 9 points, while Jones scored 8 and senior DJ Doyen had 6.

If Prior Lake can pull off the semifinal upset over Eden Prairie, it will be the program's second finals appearance as a Class 4A program. The Lakers moved up to the top class at the start of the 2003-04 season.