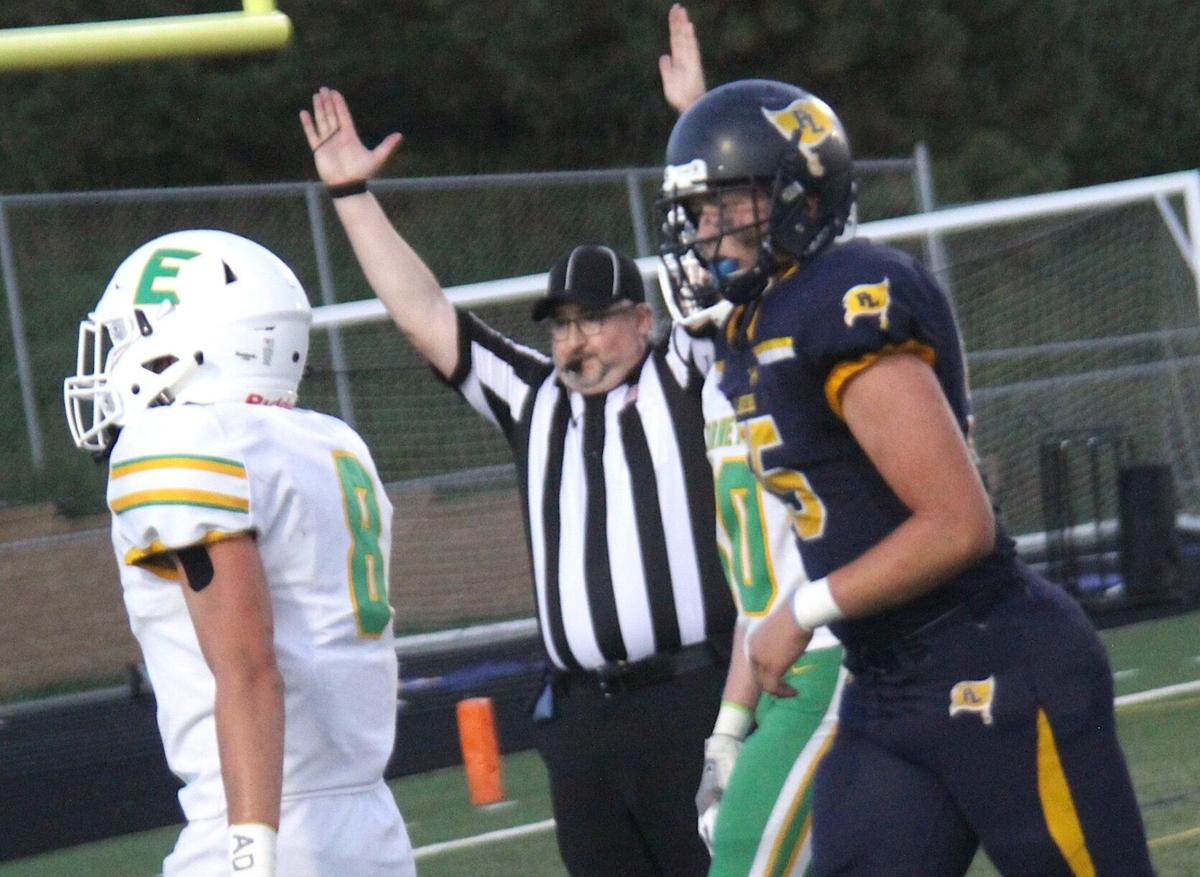 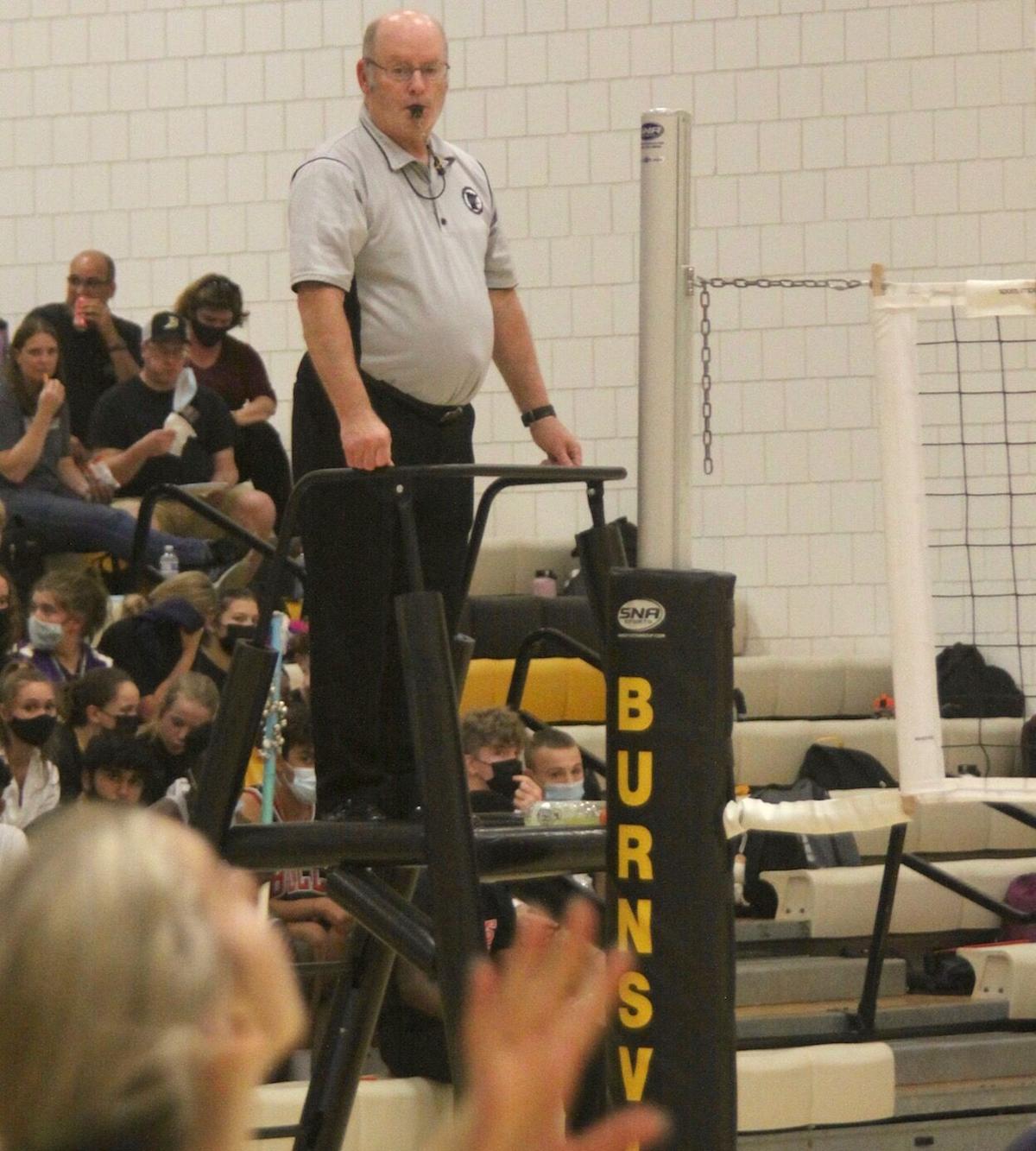 The South Suburban Conference volleyball match between Prior Lake and Burnsville was held on a Wednesday night (Sept. 30), instead of the traditional Tuesday or Thursday time slots due to the lack of officials around the state.

The South Suburban Conference volleyball match between Prior Lake and Burnsville was held on a Wednesday night (Sept. 30), instead of the traditional Tuesday or Thursday time slots due to the lack of officials around the state.

A lack of officials has been making the jobs of athletic directors a little tougher this fall.

Prior Lake Athletic Director Jeff Marshall is in his first season running the Lakers’ programs and he’s had to move two football games from Friday to Thursday night, as well as be more creative with scheduling games at the lower levels.

“The officials shortage is definitely a reality,” Marshall said. “We’ve had a number of lower-level soccer games where we have not had referees, so we’ve either had to have coaches step in as a scrimmage or rescheduled the game.

“Additionally, both soccer and volleyball have moved to different dates on specific weeks to spread games out so officials end up working every night of the week,” Marshall added.

Last week, Marshall had to reschedule volleyball to Monday and Wednesday evenings, which is different from the normal Tuesday and Thursday night slots. Varsity soccer for both boys and girls are being forced to do the same for one week.

“Our (ninth-grade and sophomore) football games will typically be played on Wednesdays back-to-back, so the same crew can work both games as there isn’t enough football officials to spread these out,” Marshall said.

Prior Lake is not the only school being forced to get more creative with their schedules. It’s happening all over the state.

The lack of officials for Minnesota State High School League sports is not a new problem. It started to arise before COVID-19 and the pandemic heightened it.

Tim Leighton, the communications coordinator for the MSHSL, who is also a former high school official, said there are 6,000 officials registered with the league. Some did opt out due to the pandemic, but many have come back.

The MSHSL’s “Thank a Ref” promotion, which has been in place for six years, is a way to recognize officials.

“Being able to say thank you to a referee goes a long way,” Leighton said. “It’s a great program. We are the first in the country to do that.”

The MSHSL has programs targeting younger officials and is providing multiple mentorship programs.

“Our job is to continue to recruit new officials and retain the ones we have,” Leighton said. “We want them to stay, but we also have to bring in younger officials.”

According to the National Federation of State High Schools Associations, “the shortage of officials in high school – and middle school – sports has been a growing concern for several years.” One reason for that, stated by Dr. Karissa Niehoff, executive director of the NFHS, in her Sept. 1 column, “The NFHS Voice,” is “due to unsportsmanlike behavior by parents and other adult fans.”

“Now, additional sports officials are electing to stay on the sidelines because of health concerns related to COVID-19, or they are uncomfortable wearing a mask during games,” Niehoff wrote in her weekly column.

Chaska Athletic Director Jon Summer said ensuring there are officials this fall for all sports at all levels has been the most challenging in his 21 years as an athletic director.

COVID-19 made that difficult last year, but there were less games and not all levels played due to the pandemic. It was still tough, but all levels for all sports are back this fall and it’s made finding officials that much harder.

“This year, this fall, we have to be more flexible in moving game dates and times, depending on officials availability,” Summer said.

There are different associations around the state, commonly referred to as assigners, that work with high schools and conferences in scheduling officials for games. Chaska’s fall schedule was set last spring, but over the summer the assigners were already telling Summer there would be conflicts this fall and some games will likely need to rescheduled.

Shakopee Athletic Director Matt Hanson was hearing the same thing from the assigners for the South Suburban Conference. Hanson said they’ve had to move the Sabers’ football game with No. 1-ranked Lakeville South off the preferred Friday night date to a day earlier (Oct. 14).

“We have to move multiple football games at different levels,” Hanson said. “It’s not ideal, but we’ve had to be more creative.”

“We were told to anticipate this next year, so we’ve already set some football games on Thursday night for next fall,” Hanson said. “Unless there’s a strong recruiting class (of officials), we’ve been told to move things right now for next fall instead of doing it later.”

Hanson said lacrosse and soccer are two sports that are the most difficult to find available officials. He’s seeing that in lower level soccer games this fall, while lacrosse has always had problems finding officials due to the sport being relatively new in the state.

Tony Schrepfer, director of officials for Minnesota Youth Athletic Services, said there’s been a decline in youth officials the past few years and COVID-19 has had an impact on recruiting new officials.

He said scheduling has been tough all around for all sports.

“The officials who are still officiating are having to work more games than in the past,” Schrepfer said. “As we come out of the pandemic, people are wanting to get back to playing, and a lot of officials didn’t come back last year and are not coming back this year as well due to the lingering effects of COVID.”

Schrepfer, who was hired by the MYAS back in August, said the MYAS has changed its approach on how to recruit new officials. There will be more educational training focusing on technique, and a change in culture inside the MYAS to make sure current officials are being taken care of and new ones are getting the training they need.

“A lot of the time, officials feel like they’re left to fend for themselves,” Schrepfer said. “But with our new department, we’re here for the officials in every aspect, as we are officials too and have nothing but the best interest in officials and officiating.

“We’re just putting the finishing touches on our new program that we’ll be rolling out for the 2022-23 basketball season,” Schrepfer added. “We will have a similar program in place for this upcoming spring for baseball too.”