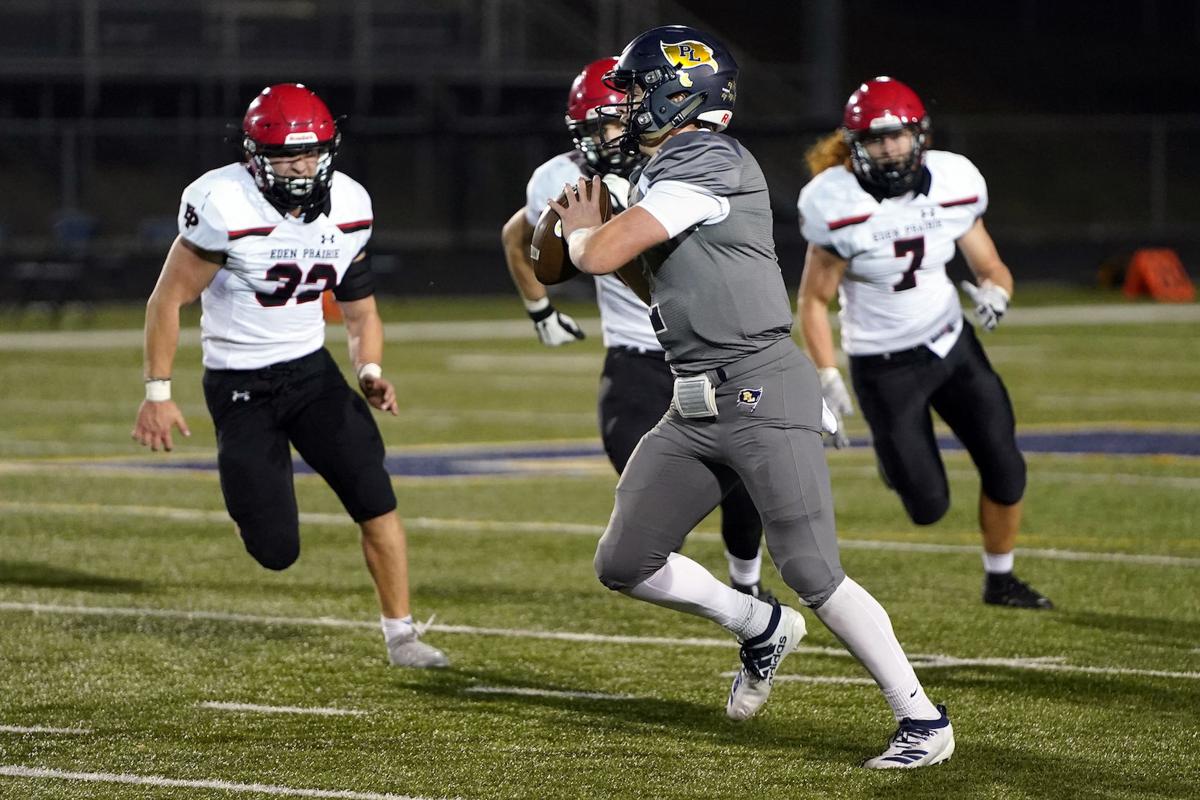 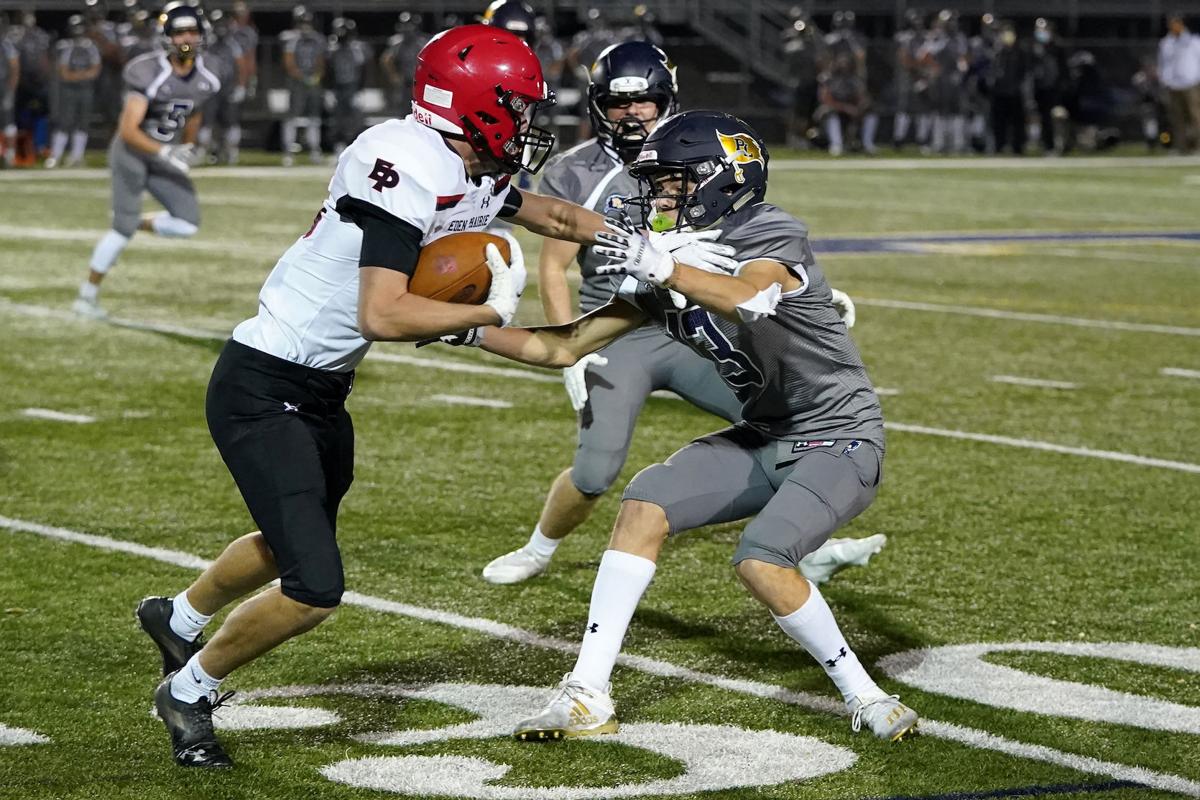 Senior Jacob Anderson looks to make a tackle for Prior Lake in the Lakers’ 35-7 home loss to Eden Prairie Nov. 6.

Senior Jacob Anderson looks to make a tackle for Prior Lake in the Lakers’ 35-7 home loss to Eden Prairie Nov. 6.

If the Prior Lake football team wants to advance in the Class 6A playoffs, it will need to win on the road.

The Lakers split their last two regular season games, falling 35-7 at home against No. 2-ranked Eden Prairie against Nov. 6 and then rolling to a 49-7 win at Minnetonka Nov. 11.

There will be no state tournament this fall, but three rounds of the Class 6A playoffs will be played starting Nov. 17. Prior Lake will be at home versus Roseville (2-3), the No. 5 seed from Section 4, starting at 7 p.m.

Second-round play is Nov. 21 with the final round Nov. 27, which would be final eight teams remaining from 31-team Class 6A bracket. The higher seed is home throughout the playoffs.

Prior Lake would play at Eden Prairie in the second round if it wins its first playoff game. The Eagles earned a bye in the opening round.

Last year, Prior Lake lost 16-7 at Champlin Park in the second round of the playoffs to finish the season with a 5-5 mark. It was the 16th straight road defeat for Prior Lake in the playoffs since joining the top class in 2003.

The Lakers has never won a postseason game away from home as a big-school program. They are 0-12 on the other opponents’ home field and 0-4 at neutral sites.

Conversely, Prior Lake is 15-1 at home in the playoffs since joining the top class. The one loss was 21-19 to Bloomington Kennedy in 2010.

Meanwhile, in the win over Minnetonka, the Lakers dominated from the opening kickoff, leading 35-7 at halftime.

Senior Cam Miller had three touchdown runs in the first half, scoring from 1, 16 and 2 yards out, respectively. Junior quarterback Kyle Haas connected with senior Tanner Newlin on a 3-yard scoring strike and then hit senior Tyler Shaver on a 14-yard touchdown pass in the first half.

In the second half, Newlin added his second touchdown on a 6-yard run, while Haas added a 1-yard score later in the third quarter and scored again from two yards in the fourth quarter following an interception from senior Caleb Rios.

In the loss to Eden Prairie, Shaver scored on an 8-yard run in the second quarter to cut the Eagles’ lead to 14-7.

But Eden Prairie got that touchdown back before halftime and scored in both the third and fourth quarters to put Prior Lake away.

The Eagles held the Lakers’ rushing attack to just 85 yards on 37 carries. Prior Lake had just 39 yards passing as well.

Eden Prairie had 259 yards rushing and five scores in the win.

Prior Lake’s three losses in the regular season are to the top-three ranked teams in the state, including 49-35 to Lakeville South and 43-37 to St. Michael-Albertville.