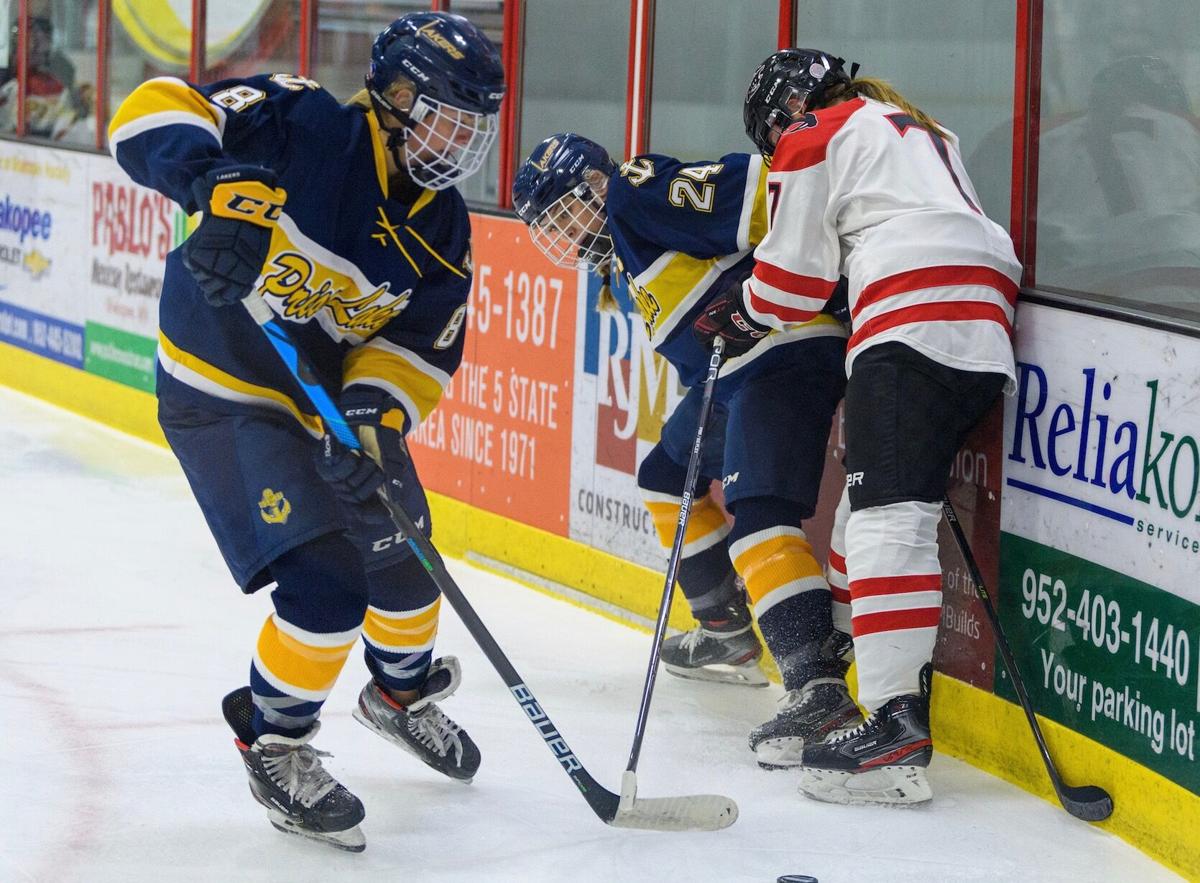 Junior Ava Guillemette gets to the puck near the boards in Prior Lake’s 5-1 South Suburban Conference loss at Shakopee Nov. 20. 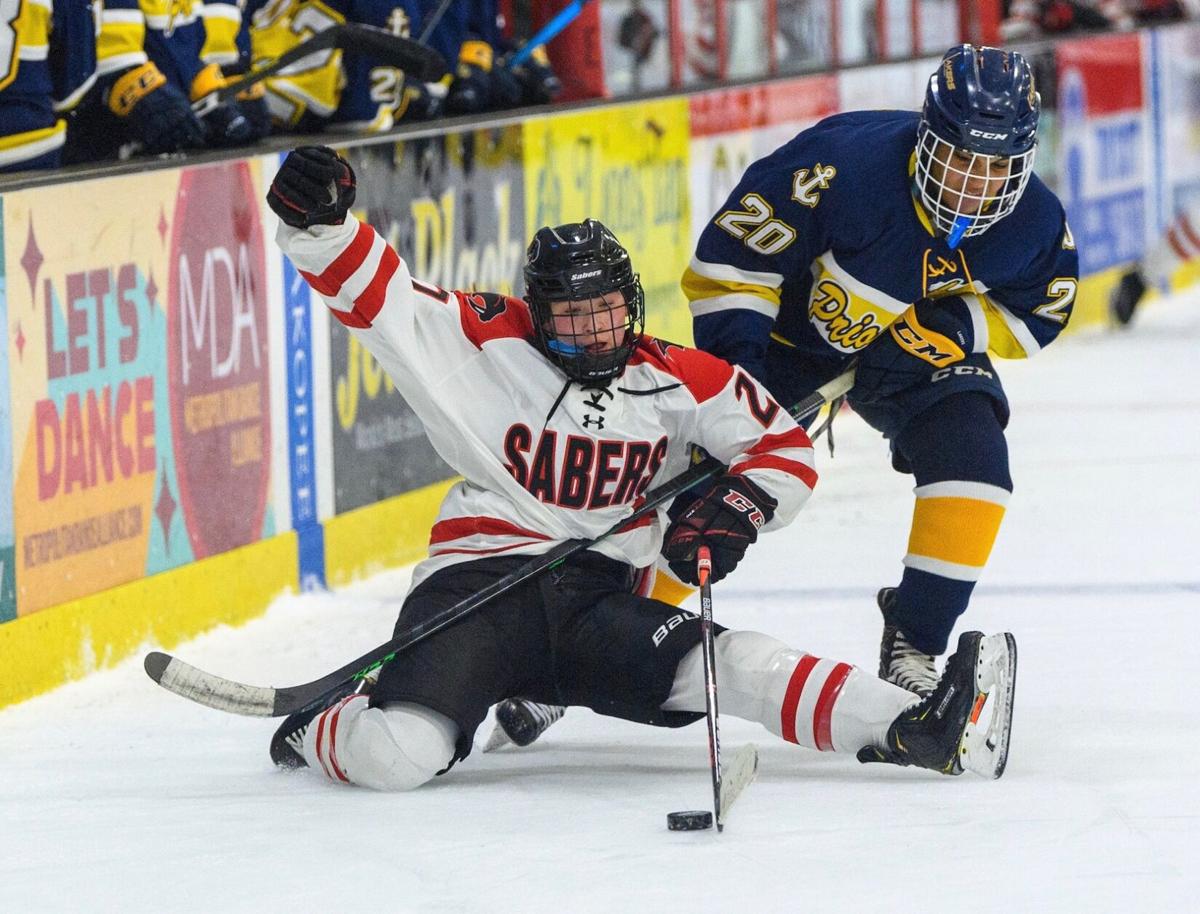 Junior Jaiden Zollman tries to get to the puck in Prior Lake’s 5-1 South Suburban Conference loss at Shakopee Nov. 27.

Junior Ava Guillemette gets to the puck near the boards in Prior Lake’s 5-1 South Suburban Conference loss at Shakopee Nov. 20.

Junior Jaiden Zollman tries to get to the puck in Prior Lake’s 5-1 South Suburban Conference loss at Shakopee Nov. 27.

The Prior Lake girls hockey team snapped a four-game slide with its first South Suburban Conference win of the season.

Junior Lula Swanson had a goal and an assist in the Lakers’ 4-3 overtime victory at Eagan Dec. 11. Prior Lake went into the game off of four straight league defeats after opening the season Nov. 16 with a 3-0 non-conference win over New Prague.

Prior Lake has a young roster with only six seniors — Bren Emerson, Lindsey Grove, Jenna Johnson, Ryane Kearns, Adrienne Zollman and Halle Hallberg. The team is also trying to snap a streak of 11 straight losing seasons.

In the win over Eagan, Grove scored the game-winning goal 2:34 into overtime with Hallberg getting the assist. Prior Lake led 3-2 going into the third period before Eagan tied the game 20 seconds into the final frame.

Swanson’s goal came in the first period for the Lakers, while ninth-graders Abigail Grove and Gianna Neist each scored goals in the second period.

Junior Ava Guillemette and Brooke Holmes and ninth-grader Allison Cammerrer all had an assists in the victory.

Junior Kathryn Larson finished with 18 saves in goal for the Lakers.

Through six games, Swanson was leading Prior Lake in points with eight (4 goals, 4 assists). Guillemette had four goals and two assists.

Scoring goals was an issue for the Lakers last season with just 34 goals in their 19 games. It’s tough to contend in the SSC and against strong Section 2AA teams playing lowing scoring games.

Section 2AA is loaded again this winter, starting with Minnetonka, ranked No. 3 in the state. Holy Family is another ranked team in the section at No. 8, while Eden Prairie, Chaska/Chanhassen and Shakopee are always tough section squads.

Bloomington Jefferson and New Prague are also in the field.

The Lakers have just four playoff wins since becoming a Class 2A program at the start of the 2003-04 school year. Prior Lake lost 2-0 in the section quarterfinals last year to Minnetonka and fell 7-0 the year before to Eden Prairie.

Section 2AA play starts Feb. 11 with the quarterfinals at the site of the higher seed. The semifinals are Feb. 15 and the title game is Feb. 18. The final two rounds are at Braemar Ice Arena in Edina.

Minnetonka is the defending champion.

This year’s Class 2A state tournament is set for Feb. 23-26 at the Xcel Energy Center in St. Paul. Andover is the defending champion.