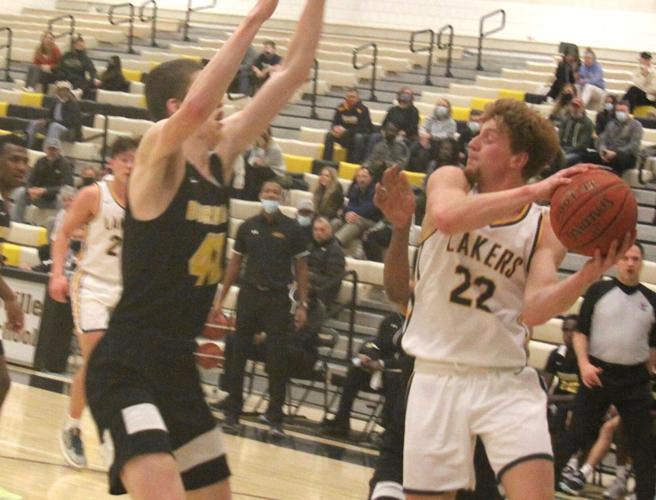 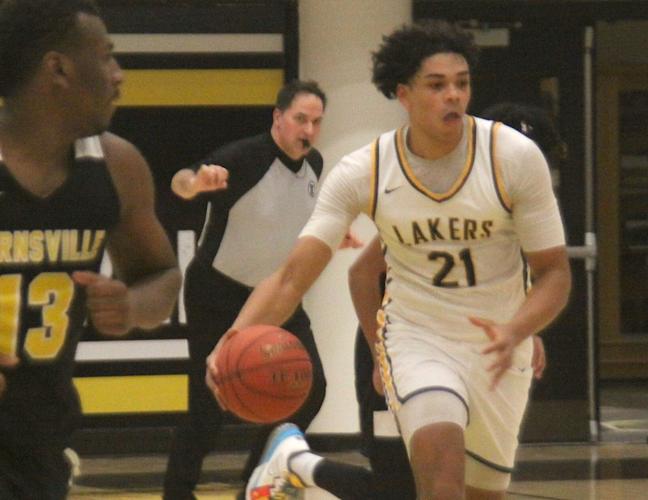 Senior Malcolm Jones pushes the ball up the floor in Prior Lake’s 71-68 South Suburban Conference loss at Burnsville Jan. 25.

Senior Malcolm Jones pushes the ball up the floor in Prior Lake’s 71-68 South Suburban Conference loss at Burnsville Jan. 25.

The Prior Lake boys basketball team has had some struggles since the New Year.

The Lakers have opened 2022 losing five of their first six games, including a 71-68 loss at Burnsville in South Suburban Conference action Jan. 25.

“We need to continue to get tougher on the defensive end and control the defensive boards,” Prior Lake Coach Jon Miller said. “When we do that, we are efficient running the break.”

“As we progress throughout the season, I’m expecting some of the younger guys to make more contributions as they get comfortable with the pace of varsity basketball,” Miller added.

The Lakers (5-9 overall, 2-5 in the SSC) may need to win 10 of their last 12 games to get a home playoff in the first round of Section 2AAAA play. Prior Lake is looking like the No. 7 seed at this point.

Section quarterfinal play begins March 9 with the semifinals set for March 12. The title game will be March 18, and the higher seed is home throughout the postseason. Shakopee is the defending champion.

Through 14 games, senior Malcolm Jones leads Prior Lake at 18.6 points per game, while grabbing 9.9 rebounds. He’s the only Laker averaging in double figures, although seniors Eric Dueffert (9.9), Kellan Miller (9.4) and Kyle Haas (9.4) are close.

In the loss to Burnsville, Prior Lake let a 41-35 lead slip away at the break, and the Lakers couldn’t stop Burnsville’s Khalif Bettis who had a game-high 36 points.

It was also Burnsville’s first league win of the season. The Blaze also snapped a 26-game conference losing streak that dated back to 2020.

Jones led Prior Lake with 24 points in the loss, followed by senior Tommy Hjerpe with 16. Miller scored nine points, while junior Luka Mortenson had six.

In the loss to Eastview, Prior Lake was in the game right down the wire. Eastview was able to make a few more plays down the stretch to pull out the victory.

The Lakers had four players in double figures. Jones led the team with 14 points, while Dueffert, Haas, Hjerpe each scored 12. Miller finished with four points.

In the win over Eagan, Jones led the Lakers with 22 points and nine rebounds. Hjerpe finished with 14 points, while Haas and Miller each scored nine and Dueffert had eight. Mortenson chipped in five points.

“The conference is as tough as usual and every game is a battle this year,” Miller said.