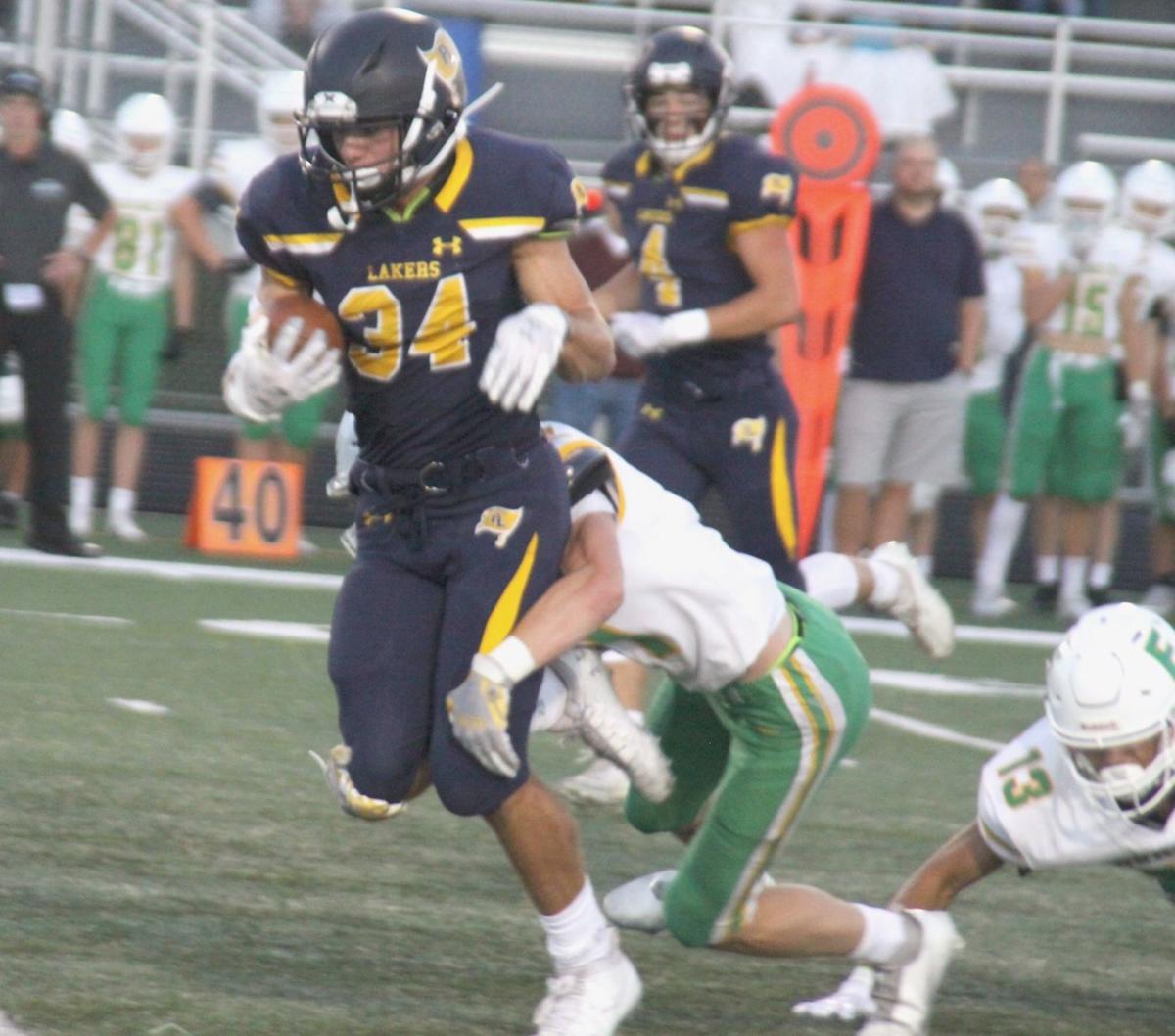 Junior Grayson Spronk breaks into the secondary in Prior Lake’s 42-21 home win over Edina Sept. 17. 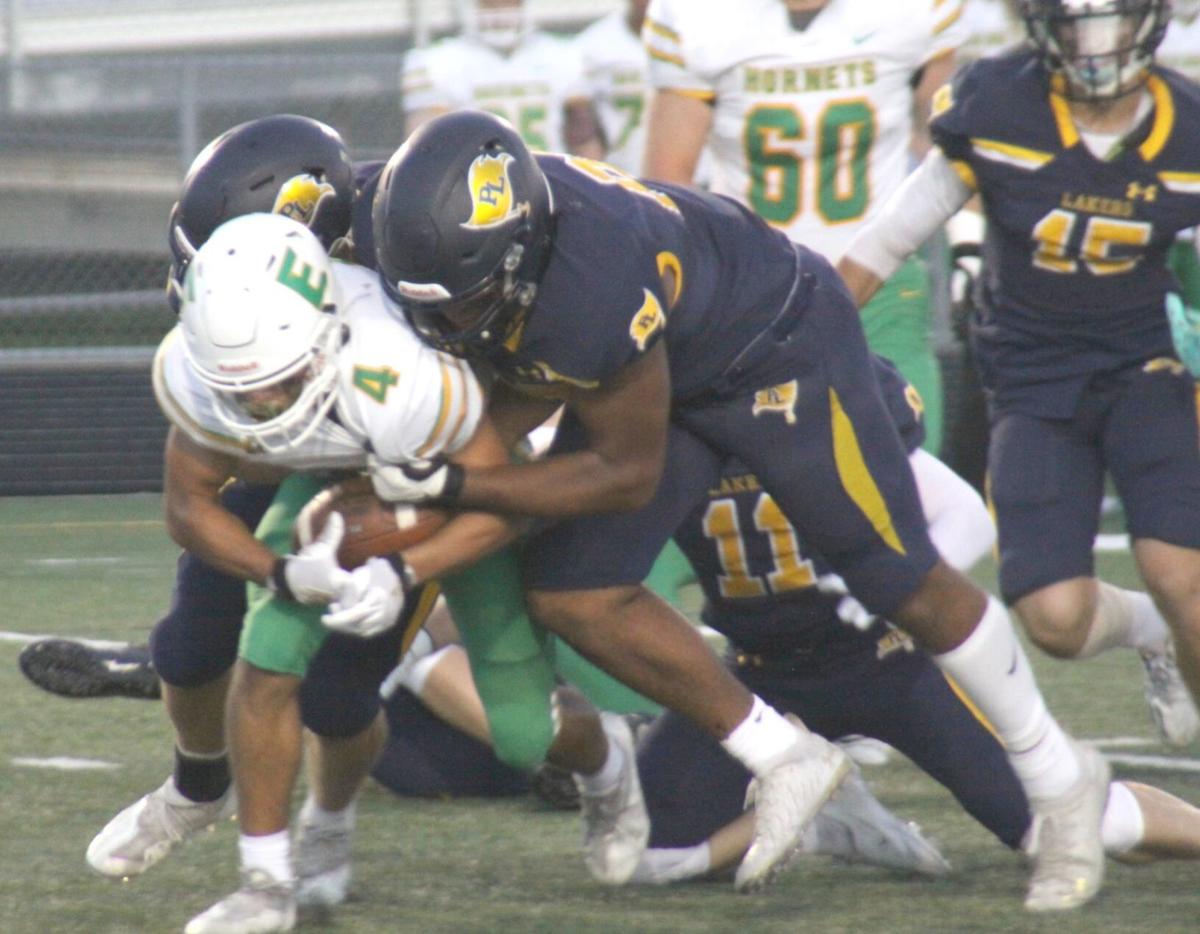 Junior Martin Owusu gets some help with a tackle in Prior Lake’s 42-21 home win over Edina Sept. 17.

Junior Grayson Spronk breaks into the secondary in Prior Lake’s 42-21 home win over Edina Sept. 17.

Junior Martin Owusu gets some help with a tackle in Prior Lake’s 42-21 home win over Edina Sept. 17.

The Prior Lake football team ran right over Edina Sept. 17 for their second win of the season.

Junior Grayson Spronk rushed 17 times for 131 yards, while senior quarterback Kyle Hass had two touchdowns runs and one through the air in the Lakers’ 42-21 home victory.

Prior Lake spotted the Hornets an early 7-0 lead, but the Lakers’ ground attack proved to be too much for Edina over the course of 48 minutes.

Junior Trace Bowman had two catches for 22 yards and a touchdown for Prior Lake. Senior Daveon McMillan finished with five carries for 49 yards and senior Cooper Busch had six rushes for 64 yards.

Haas ended up with 10 carries for 47 yards with the two scores and one touchdown pass to Bowman.

Defensively, the Lakers had a goal-line stand in the third quarter up 28-14. Senior Cole Edwards led the defense with 12 tackles, while senior Carter Berggren had seven tackles.

Junior Dylan Hanson had two interceptions to go along with his six tackles, while senior Ryan Schultze had one pick and six tackles.

Prior Lake (2-1 overall) went into the game off of a 49-27 loss at No. 6-ranked Shakopee Sept. 9. The Lakers have had no problem scoring points in the first three weeks of the season with 118 points in three games.

Those will be very tough tests for Prior Lake. The team ends the regular season Oct. 20 at home against Park. The Class 6A playoffs start Oct. 29.