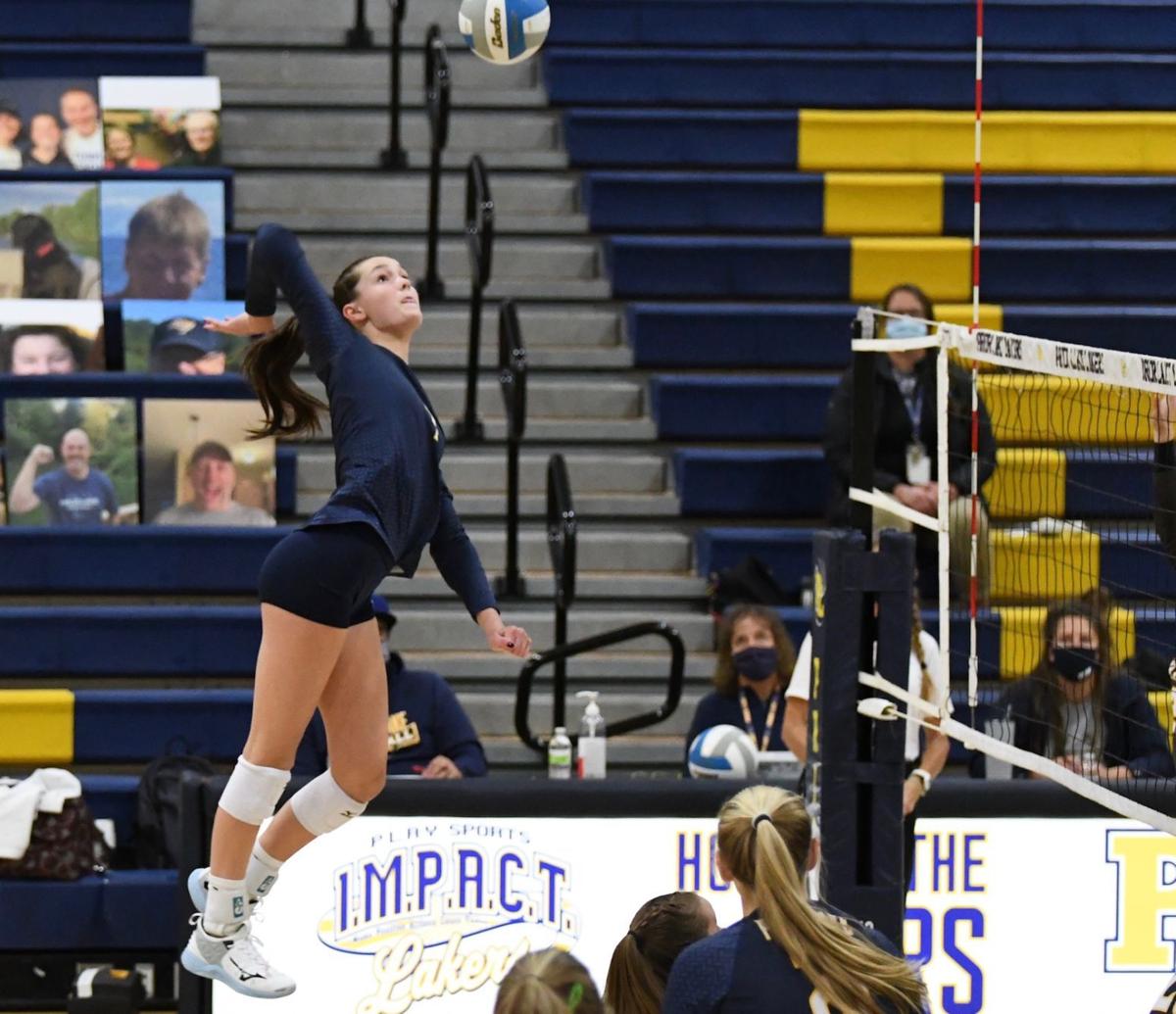 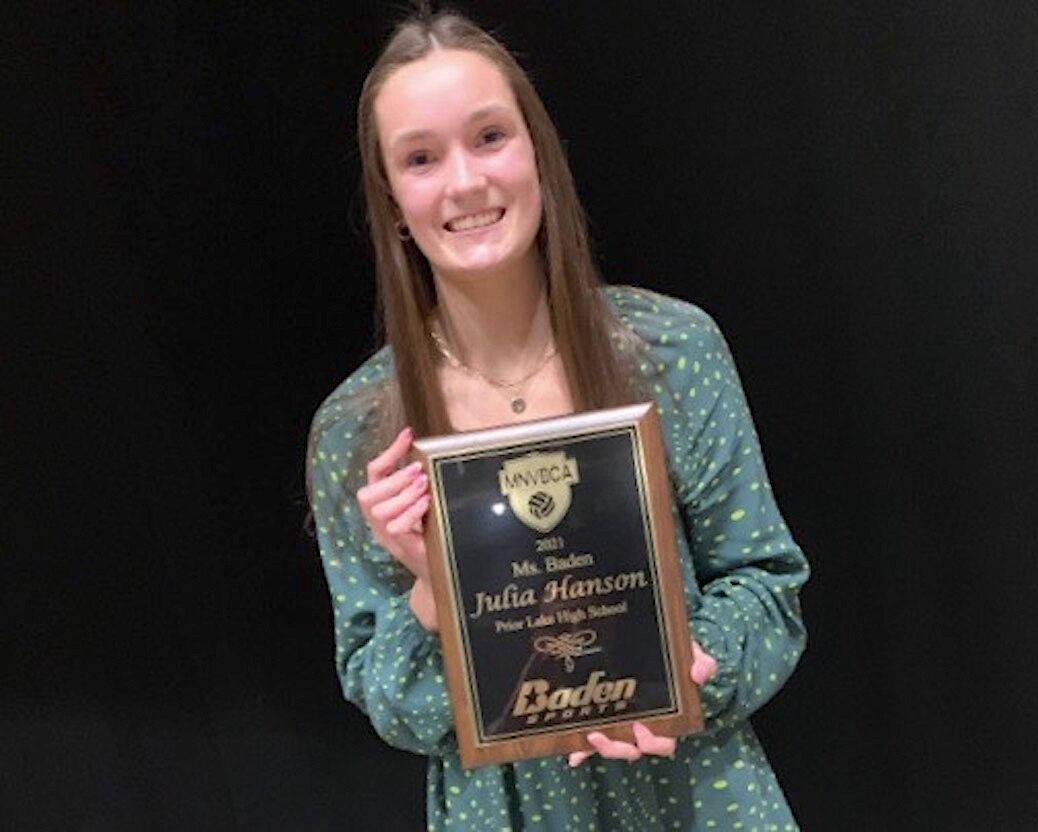 Prior Lake’s Julia Hanson won the

Prior Lake’s Julia Hanson won the

Julia Hanson joined some elite company Nov. 9, winning the Ms. Baden Award that goes to the top senior in the state.

Hanson was a kills machine for the Prior Lake volleyball team in her four-year varsity career, finishing this season with 537 of them. That was second most in the state behind Tezra Rudzitis of Legacy Christian, who finished with 574.

Rudzitis played in 33 matches as her team won the Class A state consolation title. Hanson played in 29 as her team lost in the first round of Section 2AAAA play.

“There are so many amazing volleyball players in Minnesota,” Hanson said. “I’m honored that they chose me to be Ms. Volleyball. I have so many great memories from playing Prior Lake volleyball the last five years from the friends I’ve made, the great coaches, winning those big games where we all come together to celebrate.

“So many moments I will never forget,” Hanson added.

Hanson is the 25th Ms. Baden winner, an award that was started by the Minnesota Volleyball Coaches Association in 1997. She’s the second Laker to win it.

In 2017, CC McGraw won the award for Prior Lake as a libero (defensive specialist). She’s in her senior season at the University of Minnesota. Hanson will be joining the Gophers next fall.

Hanson never played with McGraw at Prior Lake. Hanson’s first year on the varsity was in 2018, the first year McGraw was with the Gophers.

However, Hanson certainly knew who McGraw was growing up. Prior Lake won three Section 2AAA titles when McGraw was there (2015, 2016 and 2017), including finishing as state runner-up in 2015.

“CC is one of the best liberos in the country and she makes it look easy,” Hanson said. “I remember hearing about her when I was just starting volleyball and going to watch her play. I was impressed by her work ethic and athletic abilities.”

Hanson’s athletic talents are easy to notice, starting with her incredible leaping ability. But she’s not just an offensive force. She was second on the team in digs this season with 284. She was also second in ace serves (34).

Hanson leaves Prior Lake as the all-time kills leader with 1,490. Her 537 kills this season were a single-season record for the Lakers.

Ella Francis is second all-time in kills for Prior Lake with 995. Before this season, she had the single-season record of 473 set in 2015.

Hanson’s junior season was disrupted by the COVID-19 pandemic. The Lakers played just 12 total matches and there were no playoffs.

Hanson finished with 212 kills last year. Give her a full junior season and her career kill total for Prior Lake could have been near 2,000.

Hanson’s 712 career digs are fourth all-time for Prior Lake. Her 98 career ace serves are 10th all-time.

Hanson will be the ninth Laker since 2015 to go on to play at the Division I level. Along with McGraw, the other seven are Francis (Illinois State), Kayla Bair (Michigan), Maddy Bremer (Colorado State), Lara Schultz (North Dakota State), Camile Libert (Ohio), Ellie Veldman (North Dakota State) and Olivia Spanton (Nebraska-Omaha).

Hanson can’t wait to get her collegiate career started.

“I’m so excited and honored to be able to play for my home state, (for the Gophers),” she said. “My goal is to be the best player I can be and give everything I can to make my team better. I also want to win a NCAA championship.”

Coach Hugh McCutcheon has built a nationally ranked program at Minnesota in this his 10th season as coach. The Gophers opened the season ranked No. 7 in the nation by the American Volleyball Coaches Association.

Under McCutcheon, the Gophers have made it to three NCAA Final Fours, three Sweet 16’s and an Elite Eight. Going into this season, McCutcheon had a 232-56 career record, along with two Big Ten Championships.