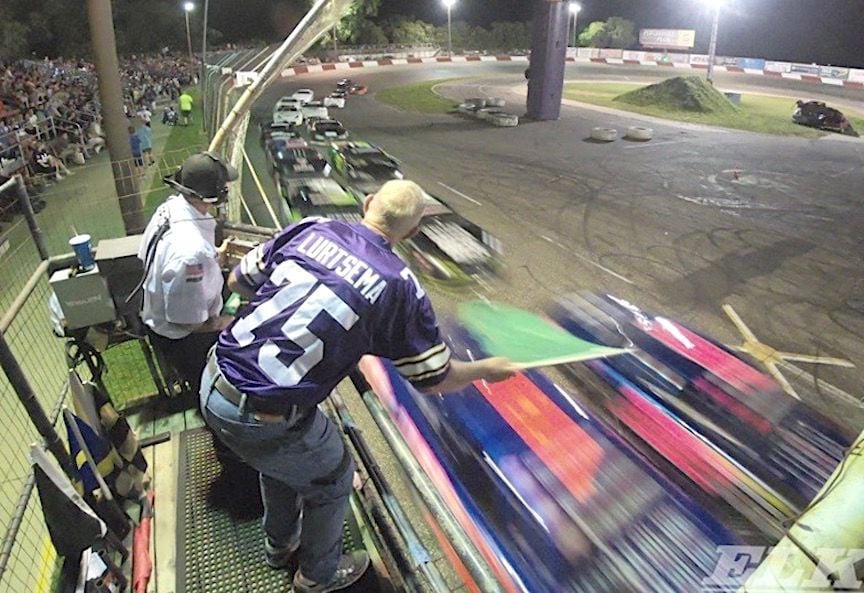 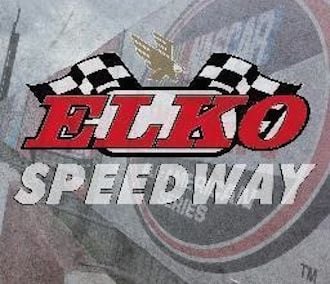 In Thunder Cars, Conrad Jorgenson of Lakeville won the first feature and Keith Palsrud of Rogers took the second one. In Great North Legends, Cole Klein of Rogers and Tristan Swanson of Elko were the two winners, respectively.

Racing action will continue at Elko Aug. 24 starting at 6 p.m. All five divisions will be on the track, including Power Stocks and Bandoleros. For more information, go to elkospeedway.com or call 952-461-7223.

In the first Late Models race, Goede grabbed the lead on lap one and held it for the entire 30-lap race. Goede took the checkered flag by 0.69 seconds ahead of Lawrence Berthiaume for his fourth win of the season.

In the second feature, Marek also jumped out to the early lead and held on for his third win of the season. Justin Neisius finished 0.915 seconds behind Marek in second place. Devyn Stocker was third, followed by Kamish and Goede.

Goede leads Marek by 67 points in the season points race.

In the first Thunder Cars race, Robert Michaels had the early lead before Johnny Magnum took over the top spot. Norm Grabinger lost a wheel and that brought out a caution flag on lap six.

Adam Wiebusch grabbed the lead with a pass on the high side at the halfway point of the race. Jorgenson started the race 11th on the grid and he worked his way to the front on lap 16 to the win by 0.483 seconds over Wiebusch.

It was Jorgenson's seventh win of the season. Wiebusch was second, followed by Eric Campbell, Bryce Blohm and Magnum.

In the second feature, Dan Strieff led early until Josh Thiering took over the top spot on lap five. He and Strieff swapped the lead until Paulsrud passed both of them.

Paulsrud outran Blohm to win by 0.37 seconds. Jorgenson was third, followed by Thiering and Campbell.

In the first Great North Legends race, Matt Allen led early before Swanson grabbed the top spot on lap six. A furious battle ensued with Klein taking over the lead on lap eight.

It was a great finish as Klein and Swanson took turns leading the race late, but Klein won by 0.058 seconds for his third win of the season. Swanson was second, followed by Robby Carter, Austin Jahr and Matt Allen.

In the second race, Robby Thurston endured a couple cautions to lead the first eight laps. Allen took over at the point, but was passed by Swanson on lap 10.

Baiden Heskett took the lead on lap 15, but he was involved in an incident and spun out, giving the lead back to Swanson, who held off Jahr for his second victory of the season.

Klein ended up third, followed by Allen fourth and Will McCully.

Klein retained his season points lead by 14 over Jahr.