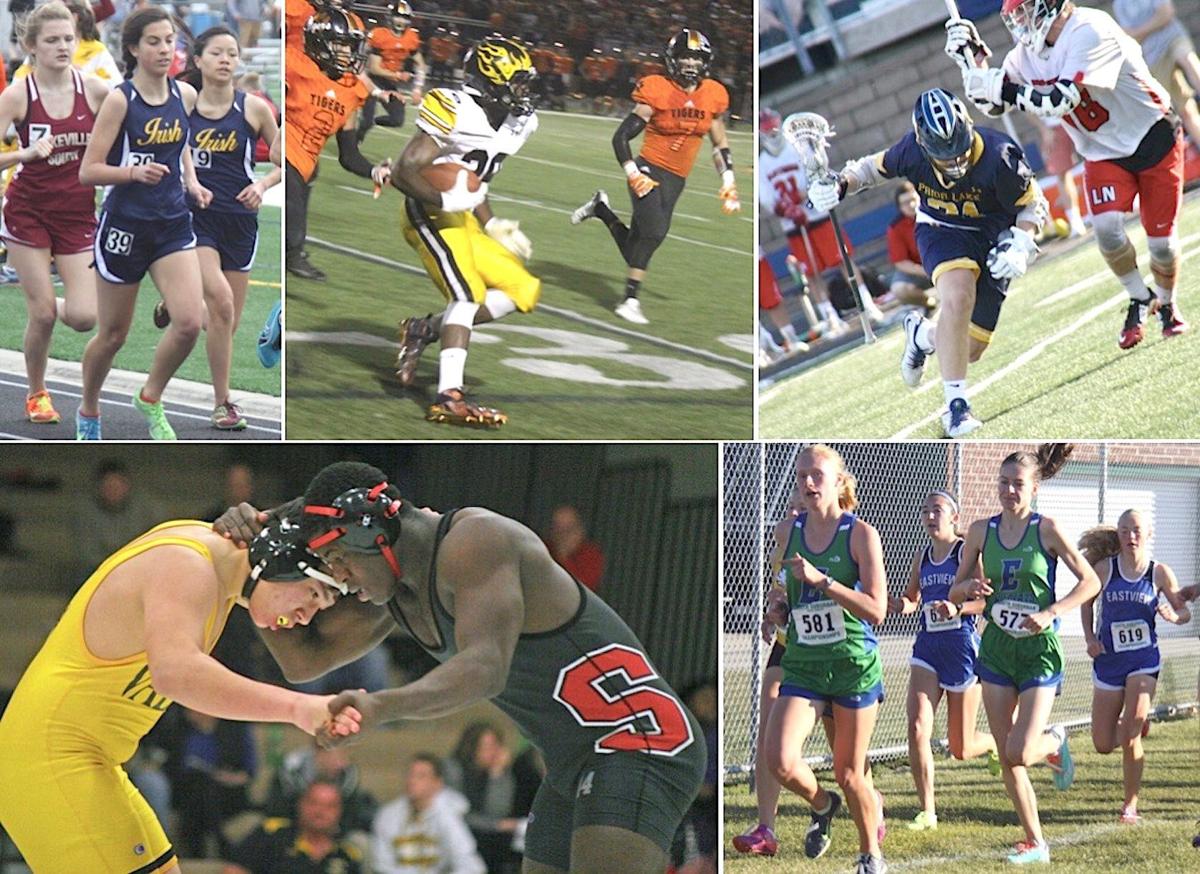 The South Suburban Conference has been around 10 years and it has emerged as one of the deepest, most competitive leagues in the state. The 10 SSC teams have combined to win 62 state titles. 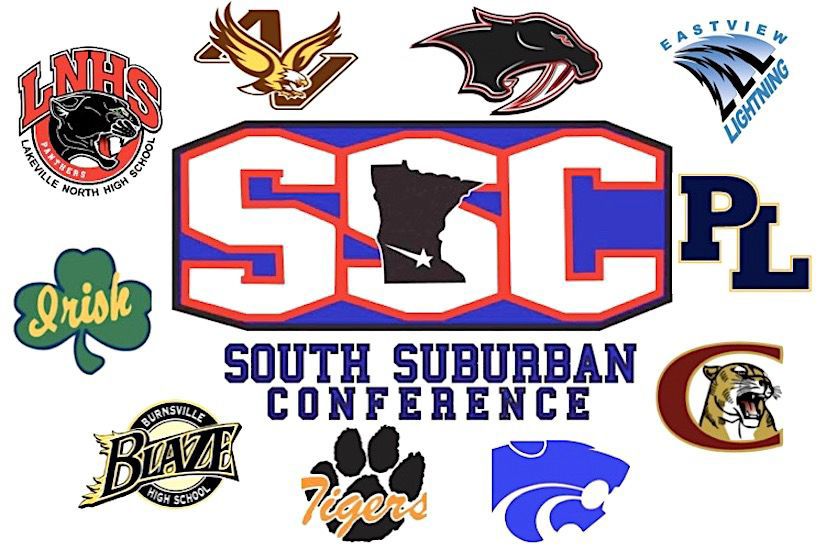 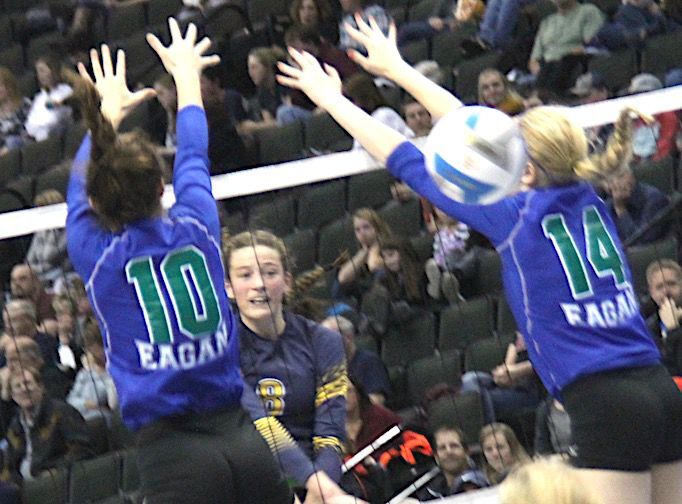 Prior Lake and Eagan met in the 2015 Class 3A state title game with the Wildcats beating the Lakers in five sets. 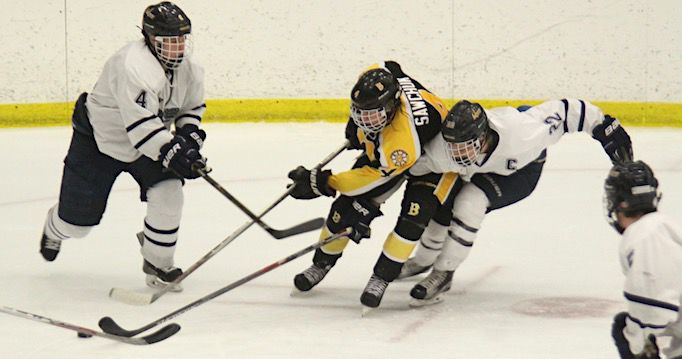 The South Suburban Conference has been around 10 years and it has emerged as one of the deepest, most competitive leagues in the state. The 10 SSC teams have combined to win 62 state titles.

Prior Lake and Eagan met in the 2015 Class 3A state title game with the Wildcats beating the Lakers in five sets.

There's no doubt the South Suburban Conference has emerged as one of the premier leagues in the state.

The Lake Conference has more state titles in the past 10 years, and the North Suburban Conference can certainly hold its own. But from the top to bottom, the SSC may be the deepest, most competitive league.

The SSC was formed 10 years ago, the start of 2010-11 school year, with teams from the old Lake Conference and the now-defunct Missota Conference.

Eight schools — Burnsville, Prior Lake, Rosemount, Lakeville North, Lakeville South, Eagan, Eastview and Apple Valley — have been there from the start. Shakopee and Farmington joined in the 2014-15 school year, replacing Bloomington Jefferson and Kennedy that left for the Metro West Conference.

In the past 10 years the SSC has won 62 state titles, with Eastview winning the most with 18.

"I would put this conference up against any conference in Minnesota," Prior Lake Athletic Director Russ Reetz said. "The SSC schools never get a night off. We split into three sections come playoffs often sending an SSC school to state in all three.

"Our conference schools all have great traditions and athletic cultures," Reetz added. "The athletic directors do a great job of supporting coaches and athletes."

There's also a lot of community support and plenty of good rivalries, including two inner-city matches between the two Lakeville schools and Apple Valley and Eastview.

Prior Lake and Shakopee have a longstanding rivalry that dates back to the Missota Conference. Burnsville and Prior Lake have developed an emerging rivalry, since they share students from the city of Savage.

"The geography of SSC schools is a real strength." Reetz said. "The majority of schools are within 20 miles of each other. This allows parents who commute for work a chance to get home, change and still make it to their kids' events. The rivalries between schools are healthy and fun."

The have been many great games, matches, meets and tournaments over the past decade, way too many to count. But there are some that stand out.

In 2017, Apple Valley and Shakopee meet for the Section 2AAA wrestling title in a packed Rosemount gym. At the time, the Eagles had won 34 straight section crowns.

Shakopee beat Apple during the SSC season that year, winning 29-28. That was the Eagles' first conference loss since 1991 and first loss to a Minnesota team since 2006.

But in the section final, Apple Valley was able to pull out a 28-19 win en route to winning the program's 25th state big-school title.

That was the end of the Eagles' dynasty. Shakopee beat Apple Valley the next two years in the section final. The Sabers have also won the last two state crowns.

It was not the only time two SSC teams played for a state title over the last decade. Lakeville North beat Eagan in four sets in the 2017 volleyball championship.

Apple Valley pinned Prior Lake for the 2014 state wrestling crown.

In 2016, Prior Lake took down Lakeville North for the boys state lacrosse championship. It was the Lakers' first team state title since 1978.

The SSC has won the last four state boys lacrosse titles, with Eagan winning in 2017 and Prior Lake going back-to-back the next two years.

Eastview and Bloomington Kennedy met for the girls state basketball championship in 2014. The Lightning beat the Eagles 64-61. The next fall, Kennedy was in the Metro West.

State championships for the SSC since the league's inception include:

Reetz said demographics are changing in some SSC cities, which may drop participation numbers.

Apple Valley is the only SSC team that isn't in the largest class in football (6A). The Eagles are in 5A and have the smallest enrollment in the league.

According to the Minnesota State High School League, Apple Valley is No. 46 in the state in enrollment (1,385 students).

Reetz said changing demographics could affect the number of sports some schools can offer.

"We are also seeing a lot more sport specificity," Reetz said. "This impacts the smaller schools more than the larger schools in the conference. We could all benefit from more multi-sport athletes. Enrollment discrepancies between high schools is also impacting budgets and districts ability to offer middle school athletic programming.

"We really need to hold on to whatever middle-school programming we can," Reetz added. "Those kids need something to do after school. Community programs are great but often require kids practice in the evenings."

Could the SSC add some teams in the future? New Prague is looking for a new conference, and the Trojans play many of the SSC teams in non-league play as well in the playoffs.

"New Prague has a great community who supports their teams very well," Reetz said. "They have awesome facilities. They aren’t quite where some of the other schools are in the SSC in terms of enrollment, but they are growing. Adding an 11th school is also a scheduling challenge."

New Prague is similar in size to Apple Valley with an enrollment of 1,260, ranking it No. 59.