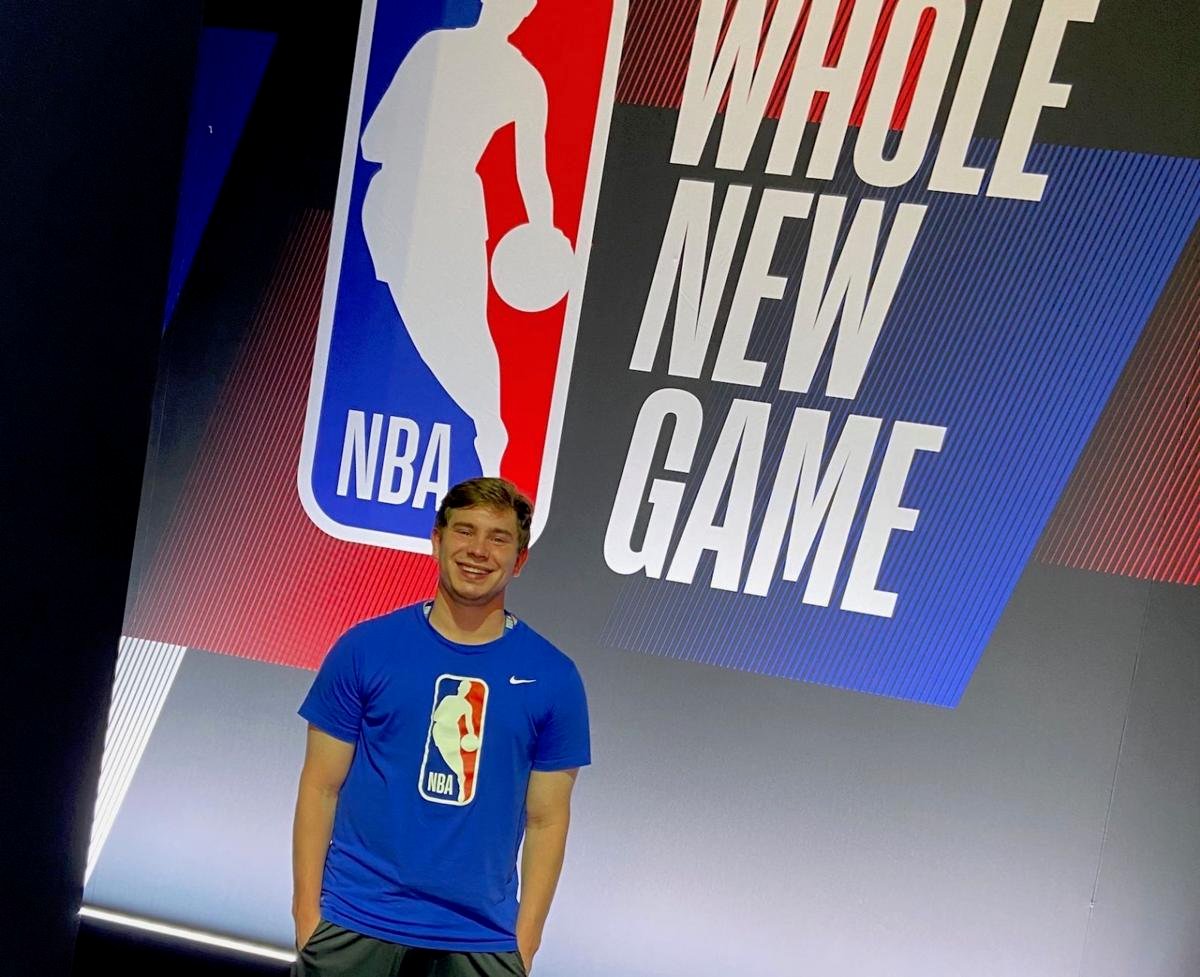 Joey Heimel, a 2015 Prior Lake High School graduate, has been working as a team attendant inside the NBA’s bubble in Orlando, Florida since the league’s restart in July. 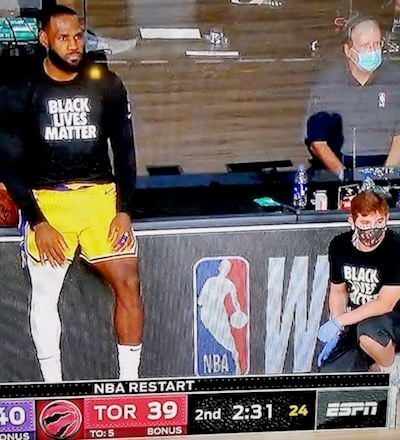 Joey Heimel was texted this picture of himself by his friends near Lebron James working as a team attendant inside the NBA bubble.

Joey Heimel, a 2015 Prior Lake High School graduate, has been working as a team attendant inside the NBA’s bubble in Orlando, Florida since the league’s restart in July.

Joey Heimel was texted this picture of himself by his friends near Lebron James working as a team attendant inside the NBA bubble.

The NBA relaunched its season in a bubble in July and Joey Heimel is right in the middle of it.

The 2015 Prior Lake High School graduate is one of 55 team attendants, performing all kinds of different tasks for the league. The bubble, a $170 million investment by the NBA, is at the ESPN Wide World of Sports Complex, an isolated campus at Disney World in Orlando, Florida.

Heimel is staying at the Coronado Springs Resort, a 10-minute bus ride to the sports complex.

"This has been an unbelievable experience," Heimel said. "I've got to work with every team here. The players are great; they really appreciate what you do. You are not just a random fan, but you have a job to do."

The NBA bubble has been a success; there's been no confirmed COVID-19 cases. Heimel said he gets tested everyday and he's also had to do self-tests.

"I don't know how many times I've been tested, but it's been a lot," Heimel said. "You have to wear masks at all times and stay six feet away. We wear sensors that go off if you are closer than six feet away from someone."

In the bubble, players and all other staff also wear a smart-tech ring made by Oura Health. It has the potential to provide early COVID-19 detection, up to three days in advance of symptoms.

"They've thought of everything," Heimel said.

Heimel's responsibilities as a team attendant could be multiple things such as setting up the locker room, working with the equipment manager, unpacking the team bus, setting up the bench and more.

During the game, Heimel gets the players what they need on the bench, or he could be under a basket sweeping the floor when players fall.

One of the better jobs Heimel said is rebounding for the players during warmups. He's done that for multiple NBA stars, including Lebron James, Damian Lillard, CJ McCollum, Giannis Antetokounmpo and Luka Doncic.

During a Lakers' game with Toronto, Heimel was at mid-court next to James, who was waiting to check in. Heimel was on a knee waiting for a whistle to stop the action.

That's when James would shed his warmup gear, and Heimel would bring it back to the bench.

The game went on with no whistle for a few minutes, so Heimel was seen on television next to James just waiting.

"My friends saw me there, took pictures of me and texted them to me," Heimel said. "I get a lot of photos of me working texted from my friends."

Heimel wants to work in basketball. He'd like to make it his career.

Heimel worked three years as a student-manager for the Saint John's University men's basketball program. He did video work for the team, as well as the other managerial tasks.

After graduating in 2019, Heimel begin looking for work as a graduate coaching assistant in basketball, but found that to be tough to get. He did find an opportunity with USA Basketball last October, working the mini-camps for top high school basketball recruits in the country in Colorado Springs, Colorado.

The coronavirus pandemic shut down all sports in the U.S. back in March, including the NBA season. When the NBA decided to relaunch in a bubble in Orlando, it went to USA Basketball for help in finding team attendants.

That's how Heimel got his chance to work for the league, and maybe it will be the start of a career working for an NBA organization in the future. He said that's crossed his mind, but he's not about to go job seeking while performing his duties in the bubble.

Working for NBA teams is a little different than working for a college program. The pace is faster. The expectations are higher. If you can't keep up, Heimel said, you'll be told to pick up the pace.

The players and coaches are in separate hotels than the attendants, media and other staff. But Heimel said walking around the campus, you see the players out and about.

"Sometimes, they stop to talk to you," Heimel said. "That's pretty cool; they are all good guys."

"That Dallas team is nothing like I've ever seen; they are a fun group," Heimel said. "They had a lot of energy and are always goofing and joking around.

"Rebounding for Luka in pregame, he was throwing up all these crazy shots," Heimel added. "I guess he was a soccer player too and one time he kicked a ball into the hoop."

Heimel was assigned to work in the NBA's first-ever play-in game for the No. 8 playoff seed in the Western Conference. Portland beat Memphis for that spot in a thriller, 126-122.

Heimel was rebounding in the pregame for Lillard, McCollum and Gary Trent Jr. Trent helped lead Apple Valley High School to the Class 4A state title in 2015 and third at state in 2016, playing with Tyus Jones, who now plays for Memphis.

"Lillard was hitting shot after shot from the NBA logo (about 38 feet away); it was crazy," Heimel said. "CJ would talk to you and ask how you were. That game was a great one to work at. They've all been a lot of fun."