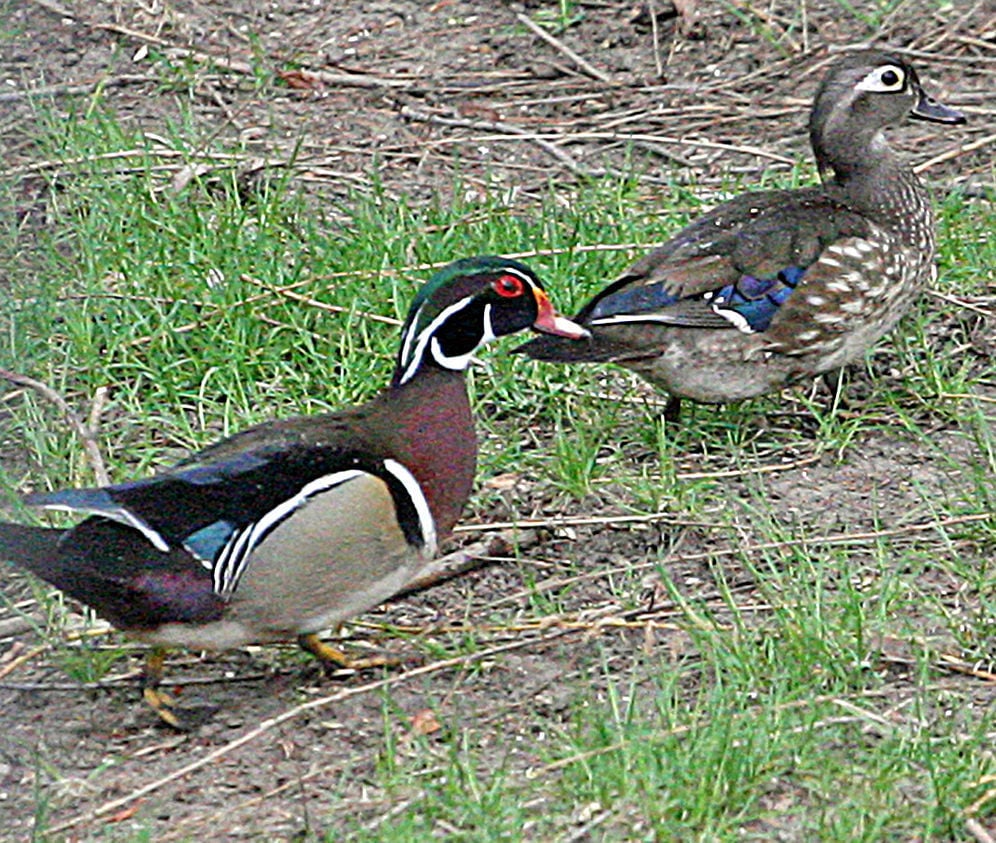 Wood ducks not only walk (waddle) on land, but they nest in trees. The drake wood duck, left, is thought to be one of the most beautiful ducks in the world. 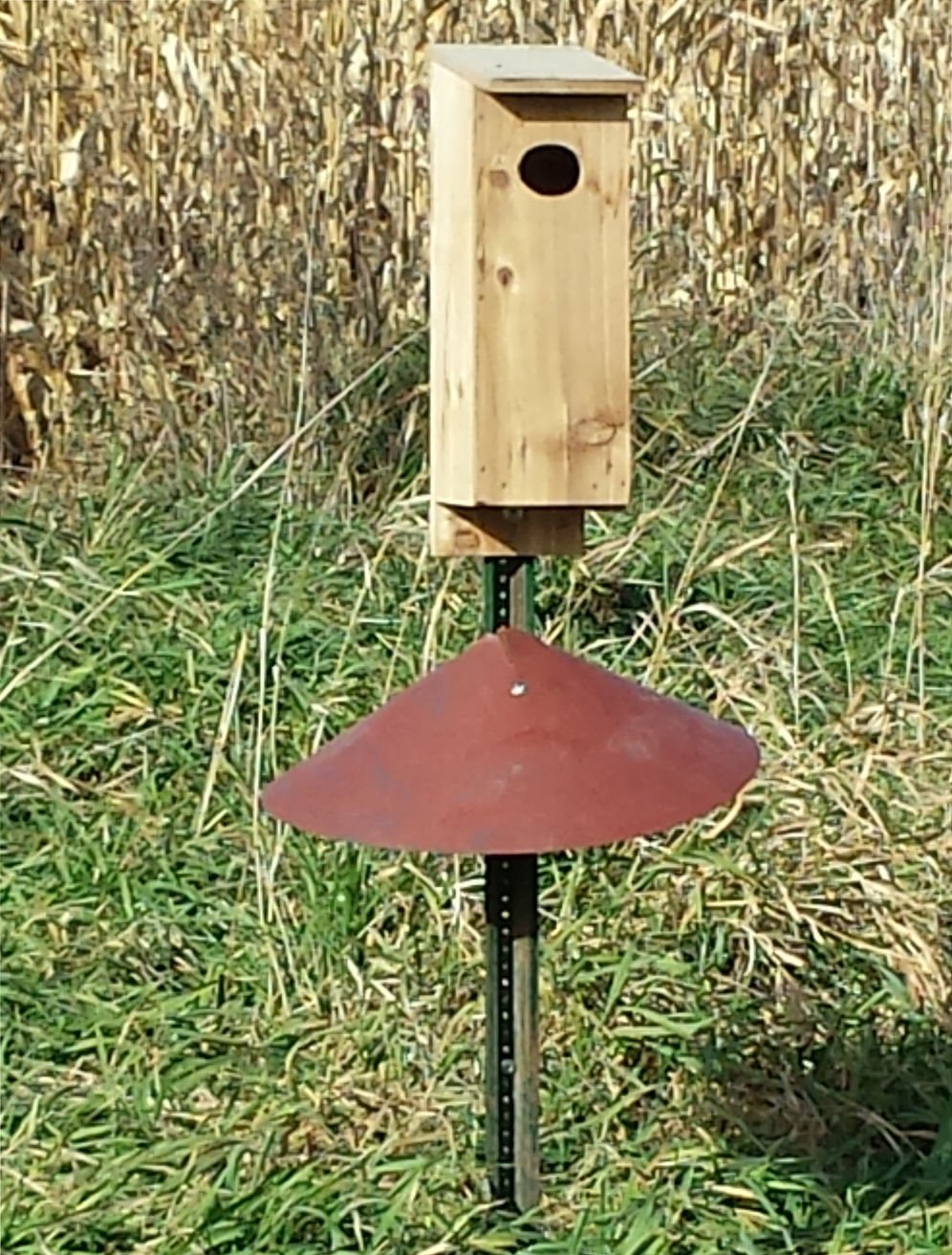 Dan Slinden prefers to mount his wood duck boxes on sign posts. The lower mount allows for easy access. A predator guard is a must.

Wood ducks not only walk (waddle) on land, but they nest in trees. The drake wood duck, left, is thought to be one of the most beautiful ducks in the world.

Dan Slinden prefers to mount his wood duck boxes on sign posts. The lower mount allows for easy access. A predator guard is a must.

If you were to argue that wood ducks are the most beautiful ducks on earth, you wouldn't be wrong.

They’re beauties, they just are.

A recent tweet, not a quack, announced that a few of these birds had already migrated back to Minnesota. A local report of a pair spotted on the Minnehaha Creek offered confirmation.

This news sent some duck-housing providers into a panic. Houses had to be cleaned. Sticks and leaves had to be removed. Intruders had to be shooed away.

For houses mounted in trees or on poles out of arms reach, ladders had to be employed. For houses placed over water, thin-ice dangers had to be considered.

Chanhassen’s Dan Slinden, a special education teacher at Eden Prairie High School, has been there and done all that.

He’s been placing and monitoring wood duck houses on the Meeker County family farm for years.

“My buddy who goes out and cleans houses with me calls me the coach,” said Slinden. “I think it’s because of the clipboard.”

Through trial and error, Slinden has settled on both a design and a mount.

“The MWA (Minnesota Waterfowl Association) side-hinged boxes are the ticket,” he said. “They’re easy to check and easy to clean.”

He prefers to mount the boxes on signposts rather than well pipe.

“You have to drive the well pipe too deep,” he explained.

Not only does he use predator guards, but he paints the guards so they’re not so shiny.

His placement preference is four to five feet off the ground.

“I’d rather not bring a ladder,” he said.

Each box is marked with a number.

“My dad bought me some stainless steel plates,” said Slinden. “They’re numbered from 1 to 50.

“He loves them,” said the younger Slinden. “And since I take care of them, he figures he gets to see me a couple more times.”

If you extrapolate these numbers further by using 12 eggs as the average clutch size, Slinden’s houses produced more than 300 eggs.

“Dr. Roger Strand wanted me to count membranes,” said Slinden, of the New London area conservationist and Wood Duck Society member, “but I don’t do that. Instead, I just look for crushed shells.”

“I’m still mesmerized by that one box that had 17 un-hatched eggs,” said Slinden.

“Once,” he said, “the back of the four-wheeler went through the ice.

“Hasn’t happened since,” he added.

“It’s about a three-hour process,” he adds.

“I remember reaching my hand in one box and thinking it didn’t feel right,” he said. “It didn’t bite but it scared me.”

The intruder was a squirrel.