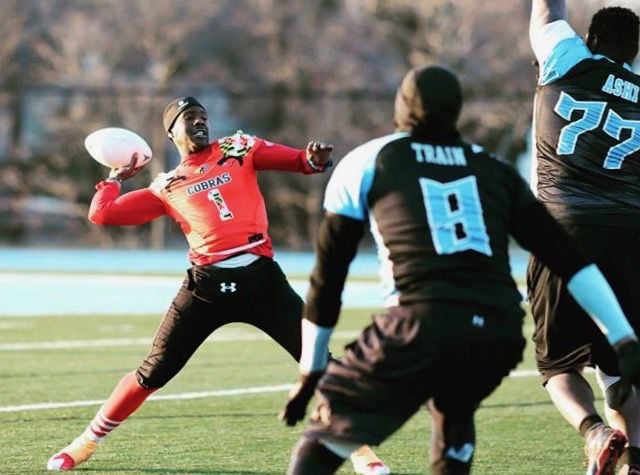 Players in the American 7s Football League play tackle football without pads and no helmets to make the game safer.

is a semi-professional traveling league in the United States which plays a seven-man version of football. Launched in 2015, games are played without football helmets or other protective equipment. 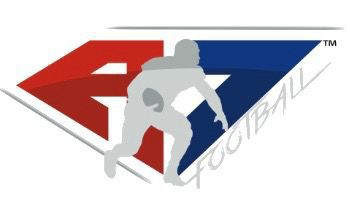 American 7s Football League is a semi-professional traveling league in the United States which plays a seven-man version of football. Launched in 2015, games are played without football helmets or other protective equipment. For more information, go to www.a7fl.com.

It's football season, high school, college and the pros, and with it comes the now annual debate about the safety of the game.

But in a American 7s Football League, that debate seems to be over. The semi-pro league was launched in 2015 and players compete with no helmets and no pads. And it's not flag football either. It's tackle.

The league had four teams in 2016, all in the deep south, but it has grown to 18 this season. The goal of the league is get to 32 teams, which means heading more west since all of the franchises are east.

With youth football numbers dropping in many cities, not all, as parents fear concussions and the game's safety, the A7FL sees the future of the game being played with no helmets and no pads.

The theory behind that is pretty simple.

"We see the A7FL as the future of football," A7FL co-founder Sener Korkusuz said in a story on www.complex.com. "We’re pushing it as hard as we can for safety, morality, and promoting football internationally. There's an ongoing CTE epidemic. We feel our format is the sport that will pick up internationally — seven-on-seven is an international format, easier to play, no equipment cost."

Tim Engstrom, a regional editor with Southwest News Media, wrote a column for Eden Prairie News on wanting football going the route of no helmets and pads. He says he's the argument for years. His column can be read here.

Engstrom's argues: "Players use helmets and pads as weapons, rather than as protection. Without pads and helmets, players won’t lower their heads to strike another player. Just watch a game of rugby or kids playing tackle football at recess."

He's not alone in that way of thinking. Former Super Bowl MVP Hines Ward, who played his entire NFL career with the Pittsburgh Steelers, has a similar viewpoint.

"If you want to prevent concussions, take the helmet off: Play old-school football with the leather helmets, no facemask," Ward said on NBC Sports. "When you put a helmet on you’re going to use it as a weapon, just like you use shoulder pads as a weapon."

An NFL Hall of Fame tight end and Super Bowl winning head coach with the Chicago Bears agreed to an extent.