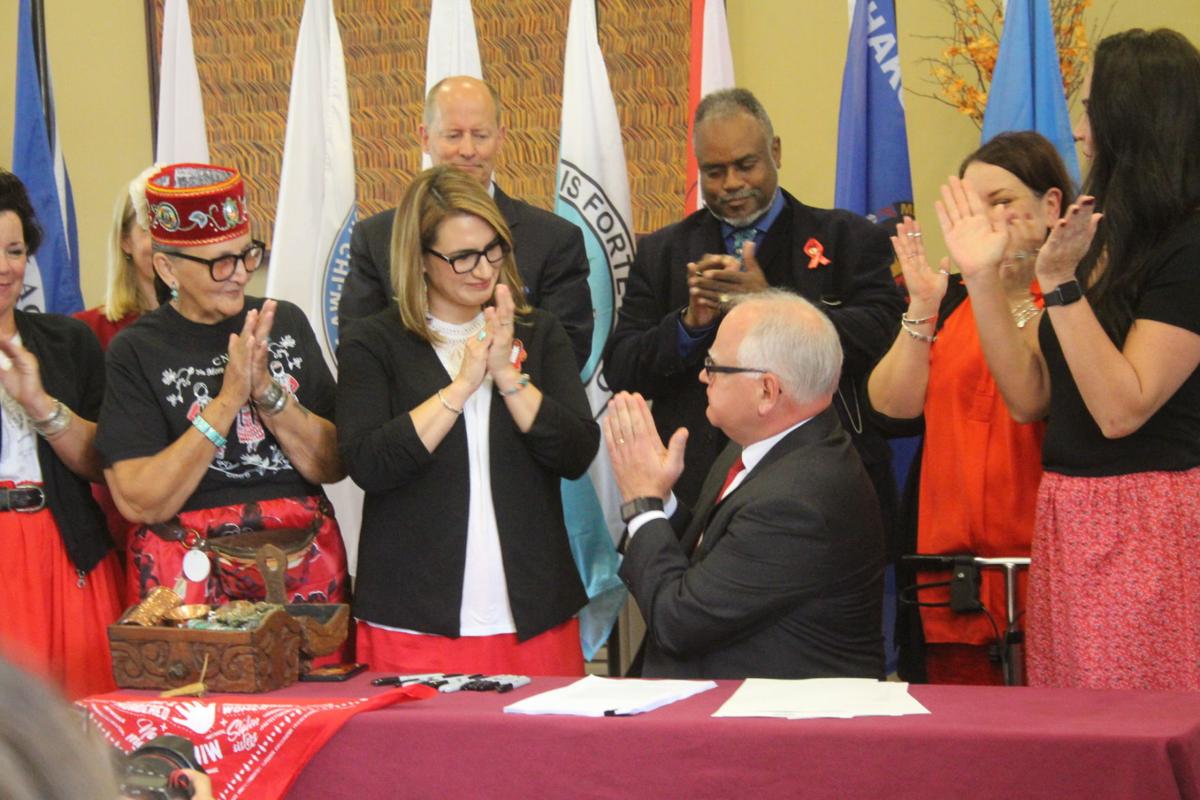 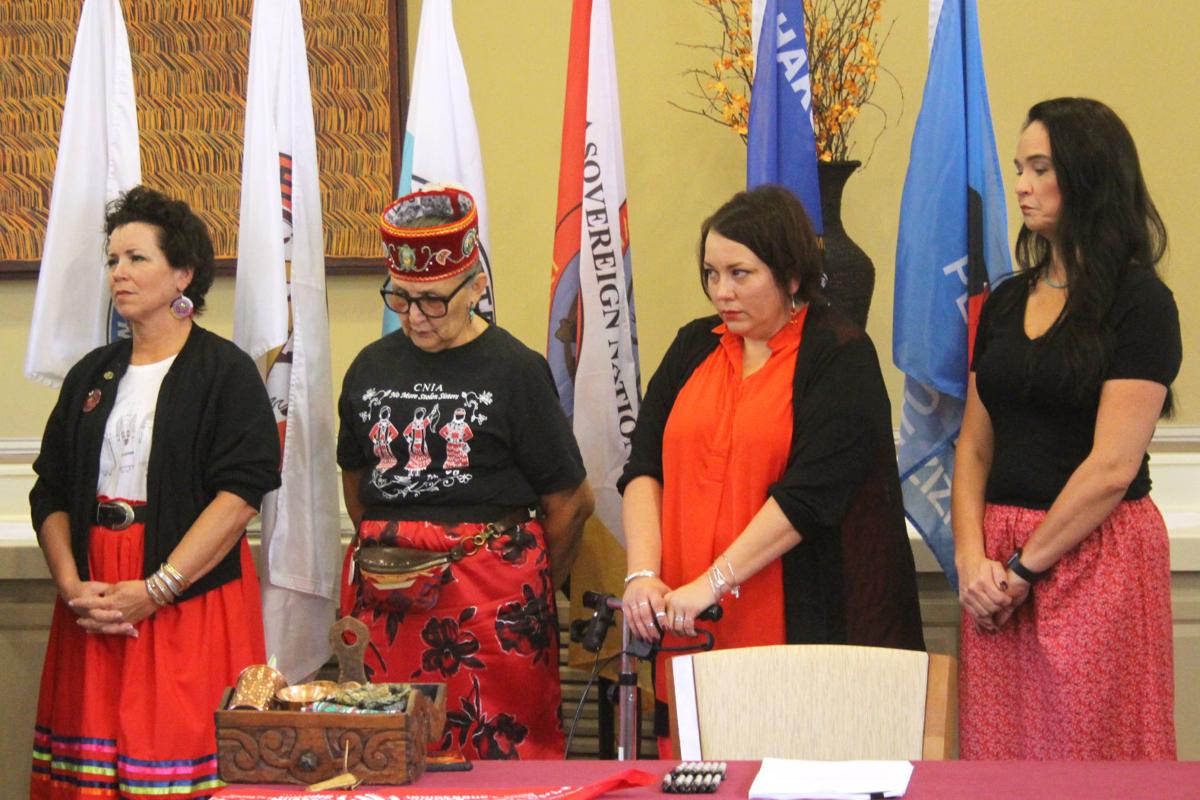 Gov. Tim Walz addresses a crowd of activists, lawmakers and public safety officials during the task force ceremony at the Minnesota Humanities Center.

Gov. Tim Walz addresses a crowd of activists, lawmakers and public safety officials during the task force ceremony at the Minnesota Humanities Center.

ST. PAUL — Ojibwe elder Mary Lyons’ tears cut through the rumbling of a packed crowd at the Minnesota Humanities Center.

“Today we as indigenous women rise, we are not being forgotten,” Lyons said. “We can call each of our missing women’s names out loud.”

Lyons and dozens of other advocates, lawmakers and public safety officials gathered Thursday, Sept. 19, for the launch of the state’s task force on missing and murdered indigenous women.

Over the next 15 months, the 17-member task force, which includes Scott County Sheriff Luke Hennen and Shakopee Mdewakanton Sioux Community representative Denise Prescott, will study the hows and whys of the elevated rate of violence against indigenous women and what the state can do to improve its tracking and prevention of further violence.

In December 2020, the group will present its findings and recommendations to the Legislature, at which point Lt. Gov. Peggy Flanagan said there must be change.

Federal data from 2008 show murder rates of indigenous women were 10 times the national average. The Centers for Disease Control and Prevention also listed unintentional injuries, a category that includes homicides, as the third leading cause of death for indigenous women.

Advocates say much of the work ahead for the task force centers around gathering data and creating an accurate picture of the number of indigenous women and families impacted by violence.

A study by the Urban Indian Health Institute found 5,712 cases of missing and murdered indigenous women were reported in 2016, and only 116 were logged in a U.S. Department of Justice database.

“Data is another area where our people have been erased,” Patina Park, President and CEO of Minnesota Indian Women’s Resource Center, said. “The incidents of many things have been kept out systems, and we are statistically insignificant in so many ways because genocide has been so very effective.”

Even the existing data paints a bleak picture of the problem in Minnesota. The health institute’s report found Minnesota has the 9th highest rate of missing and murdered indigenous women in the nation.

“The statistics are so horrifying to almost be unreal,” Gov. Tim Walz said. “And in a state that prides itself on valuing every individual, it is glaringly apparent that that has not happened.“

Lyons said with the creation of the task force, that can begin to change.

“We as indigenous women matter. We will be part of a system of great change from this day forward,” Lyons said.

“The victims from their graves can now scream to their predators, ‘No more will my voice be silent. No more.’”