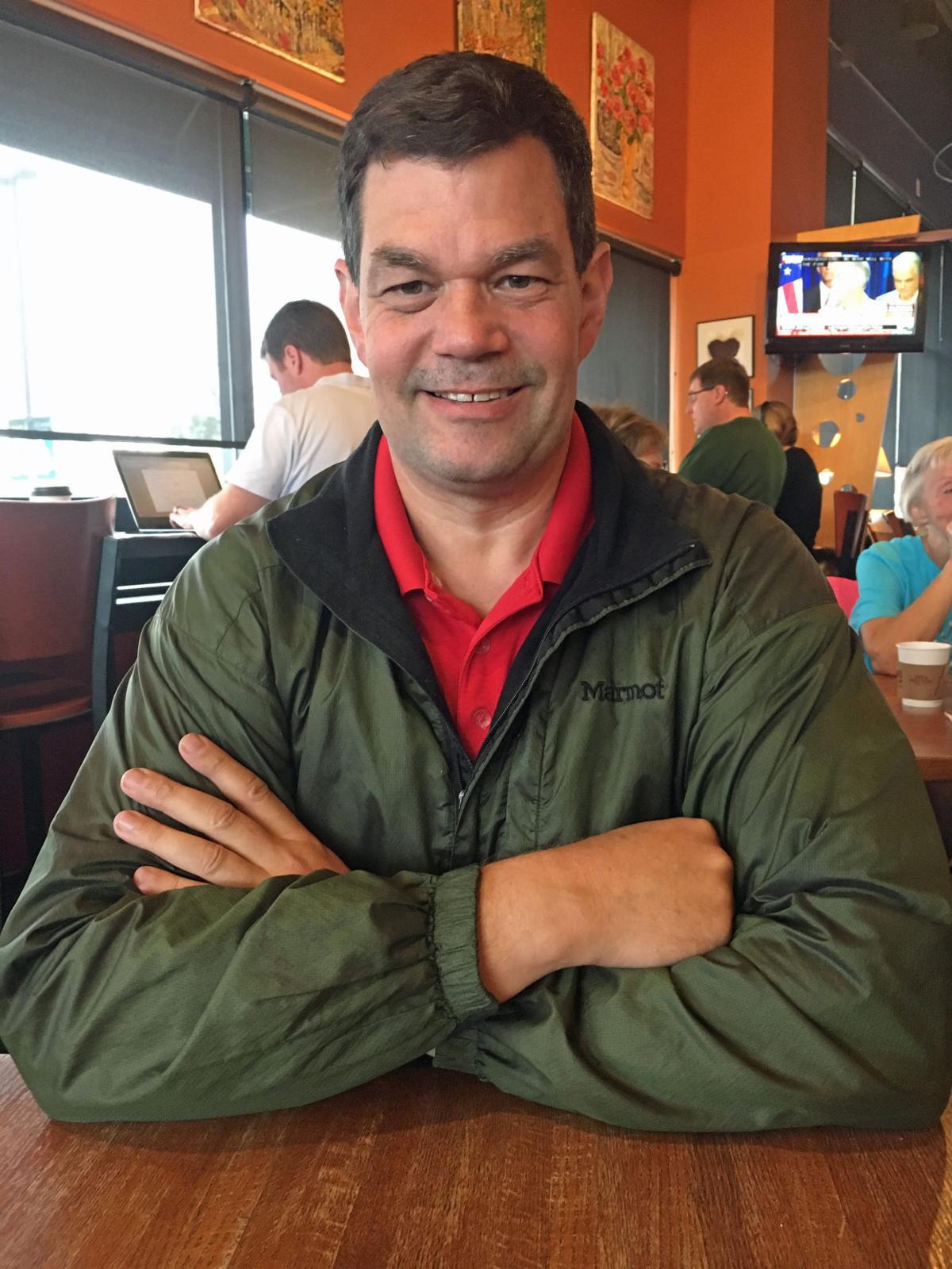 Above - Dan Amundson poses for a photo on Tuesday, Oct. 3. 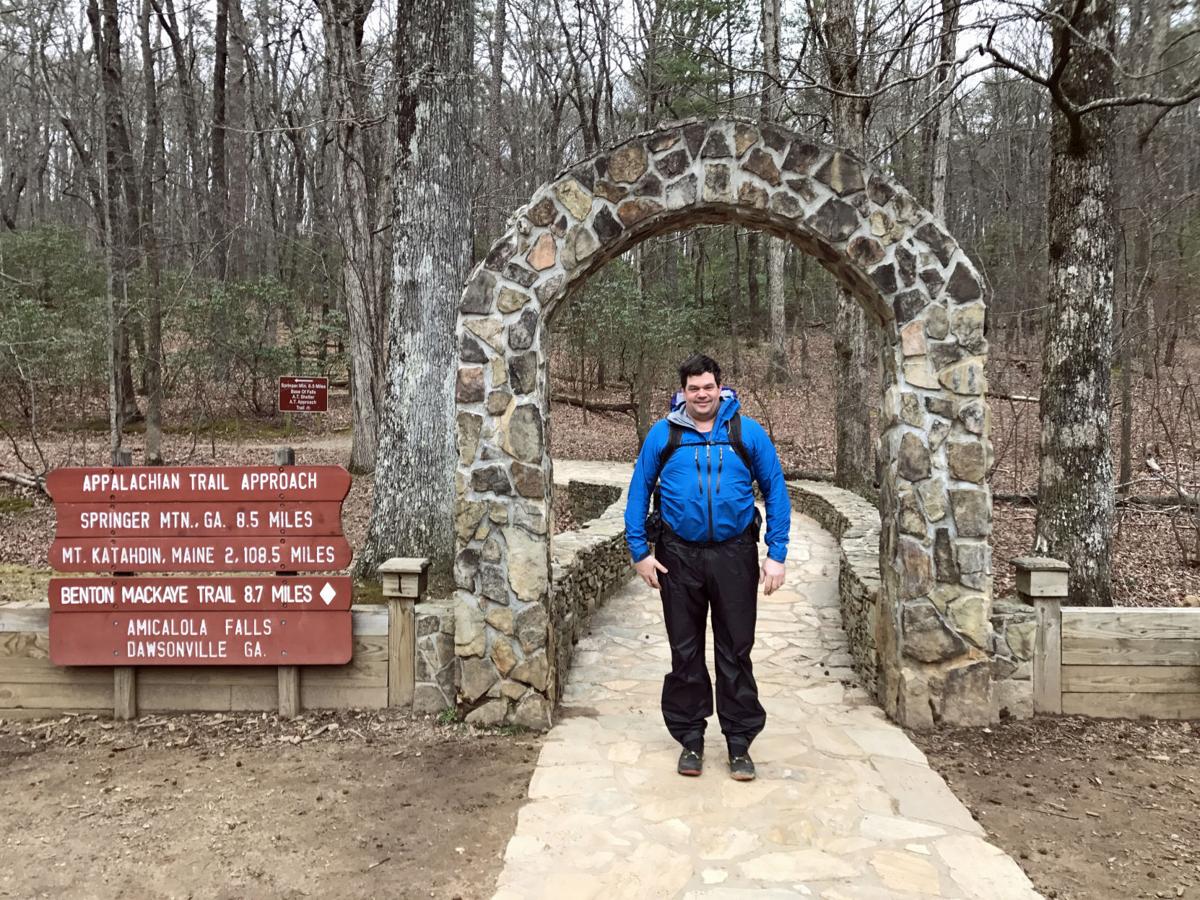 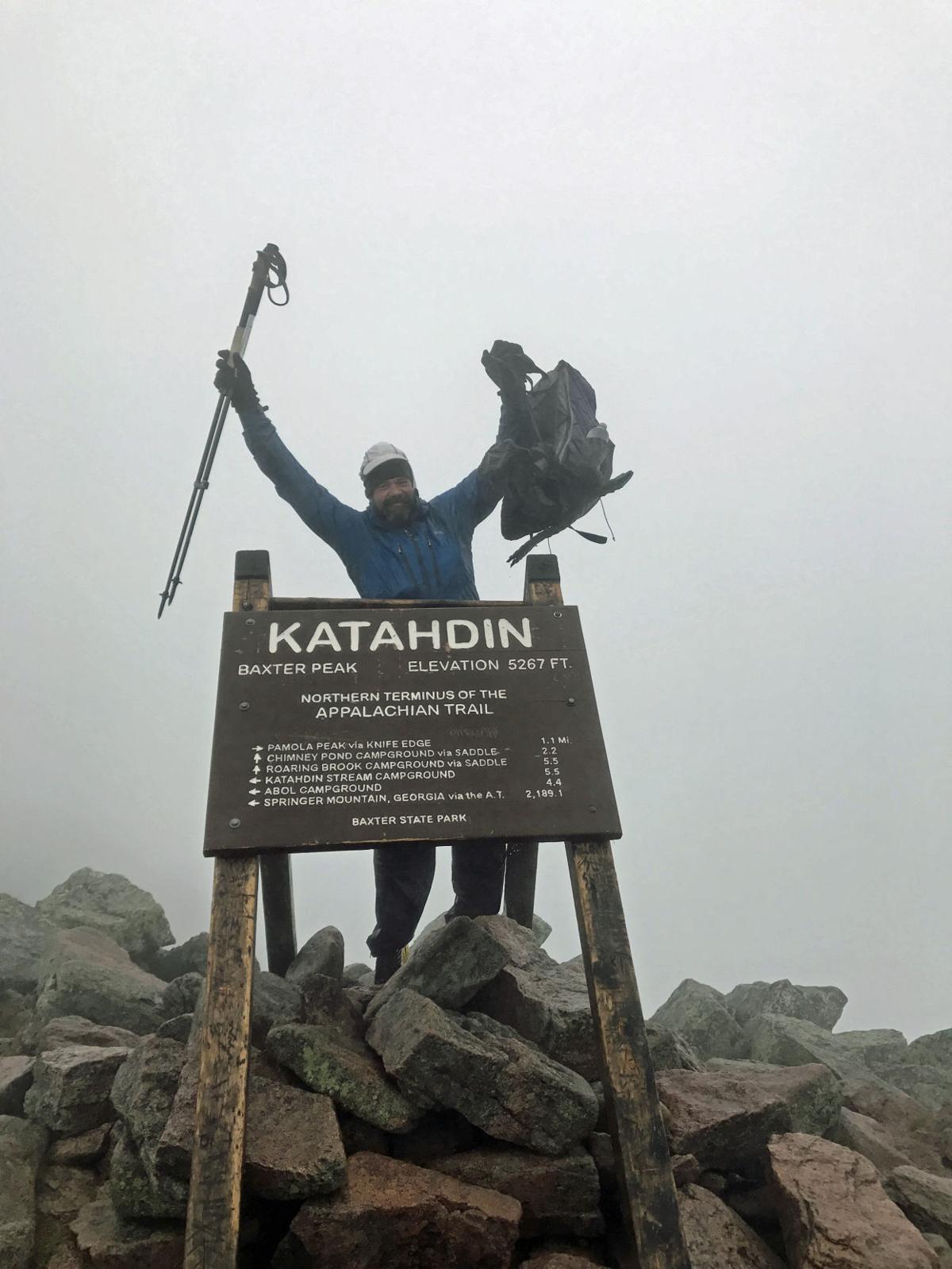 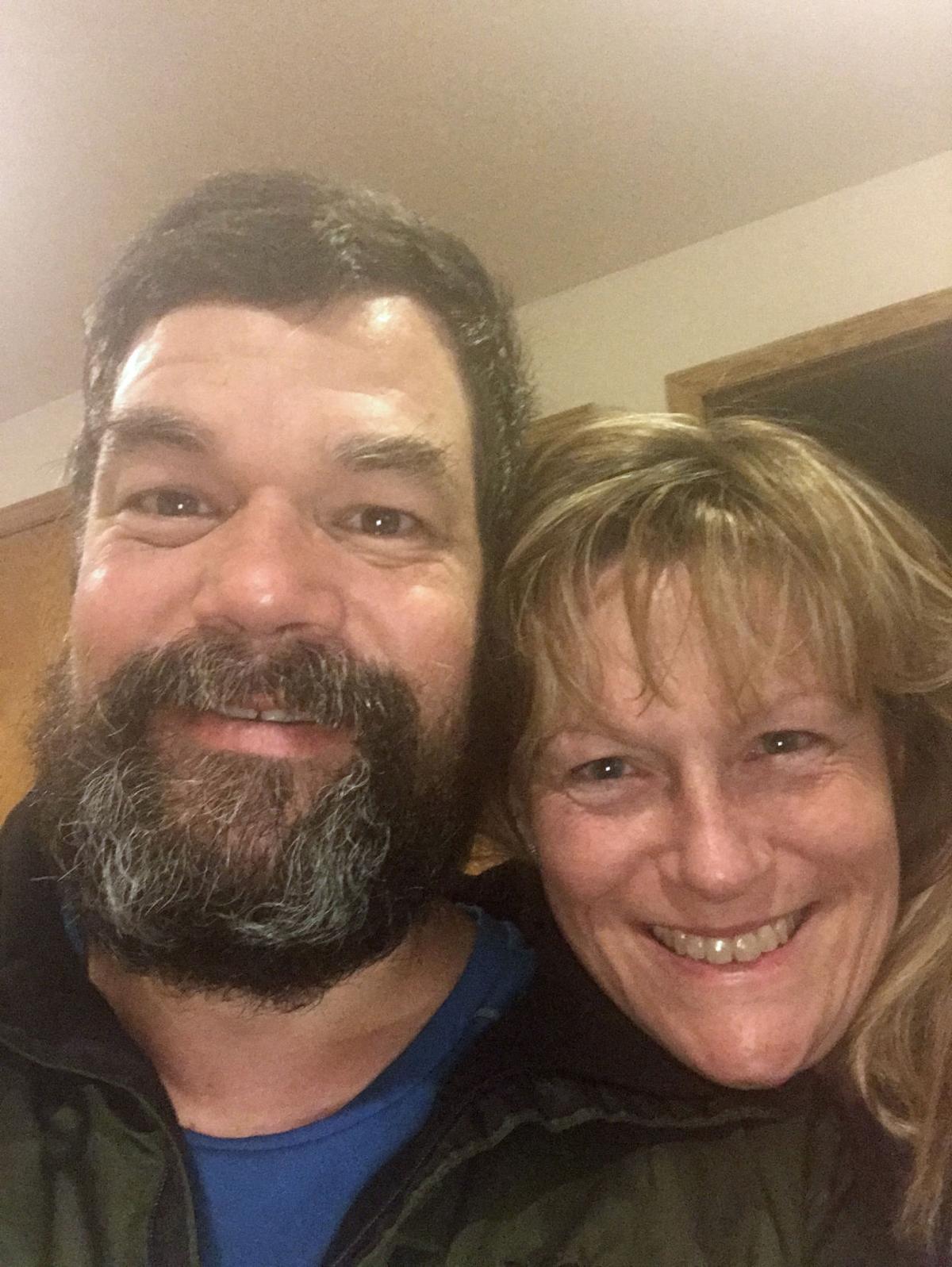 Dan and Karen Amundson pictured after Dan arrived home from his trip. 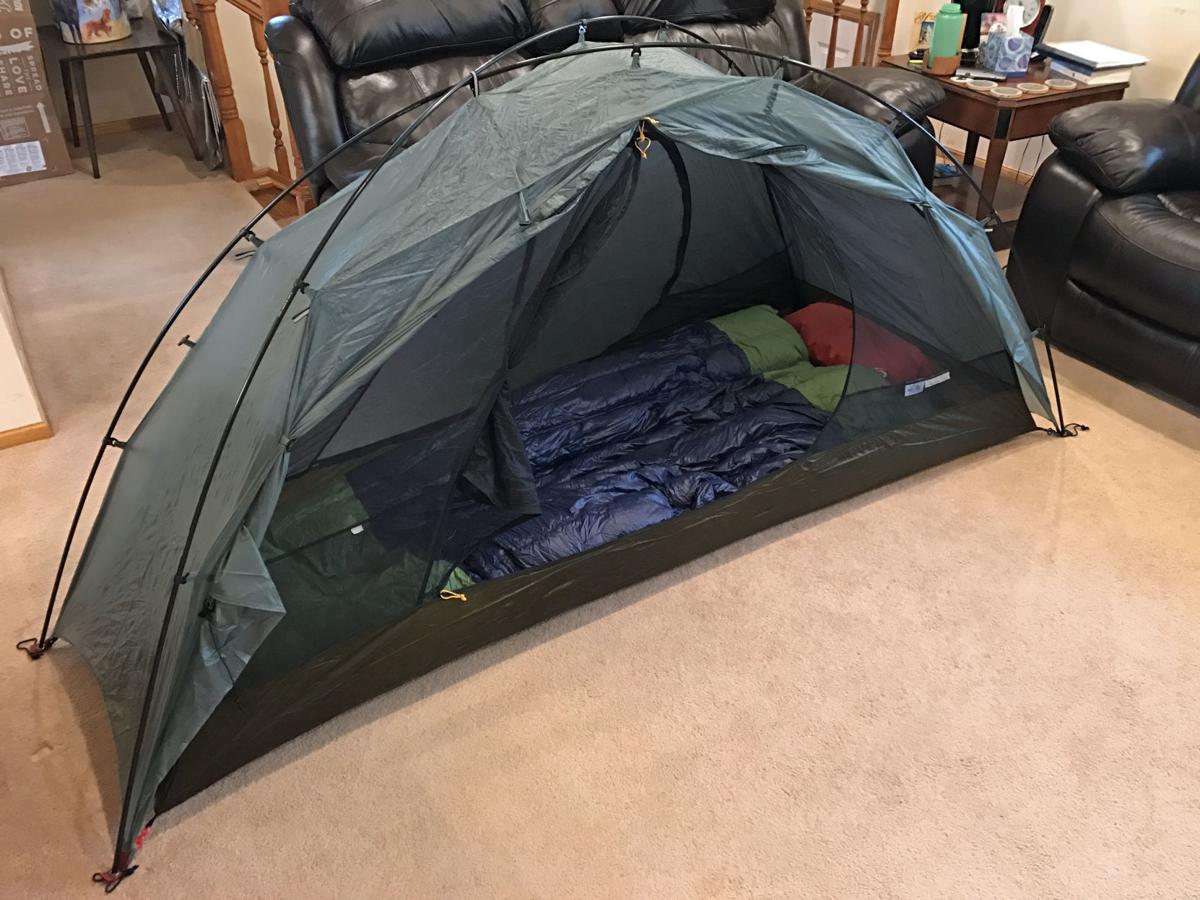 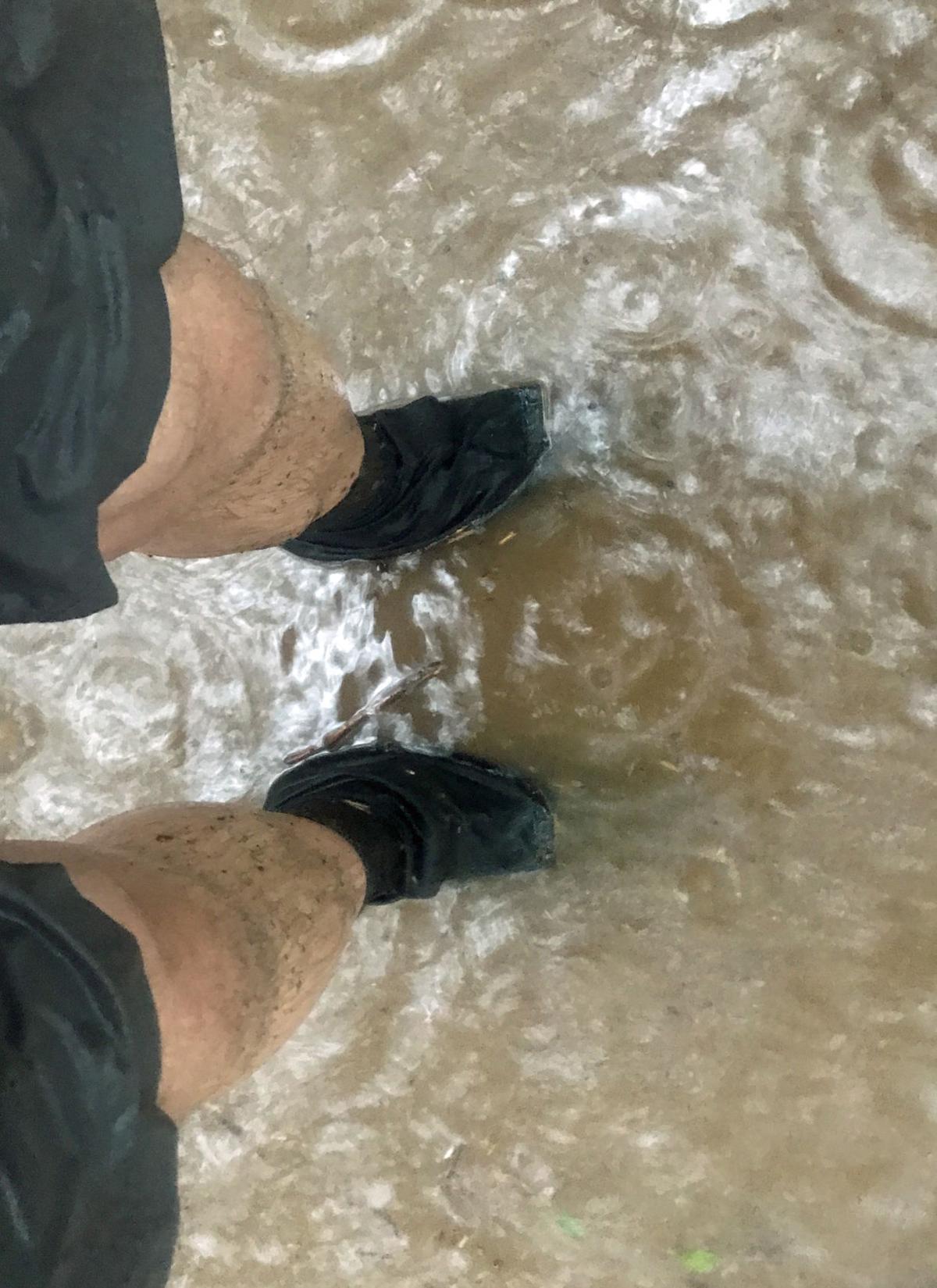 Some days the rain was very heavy on the Appalachian Trail. Dan Amundson said he never encountered more than five dry days at a time during his nearly six-month-long trip. 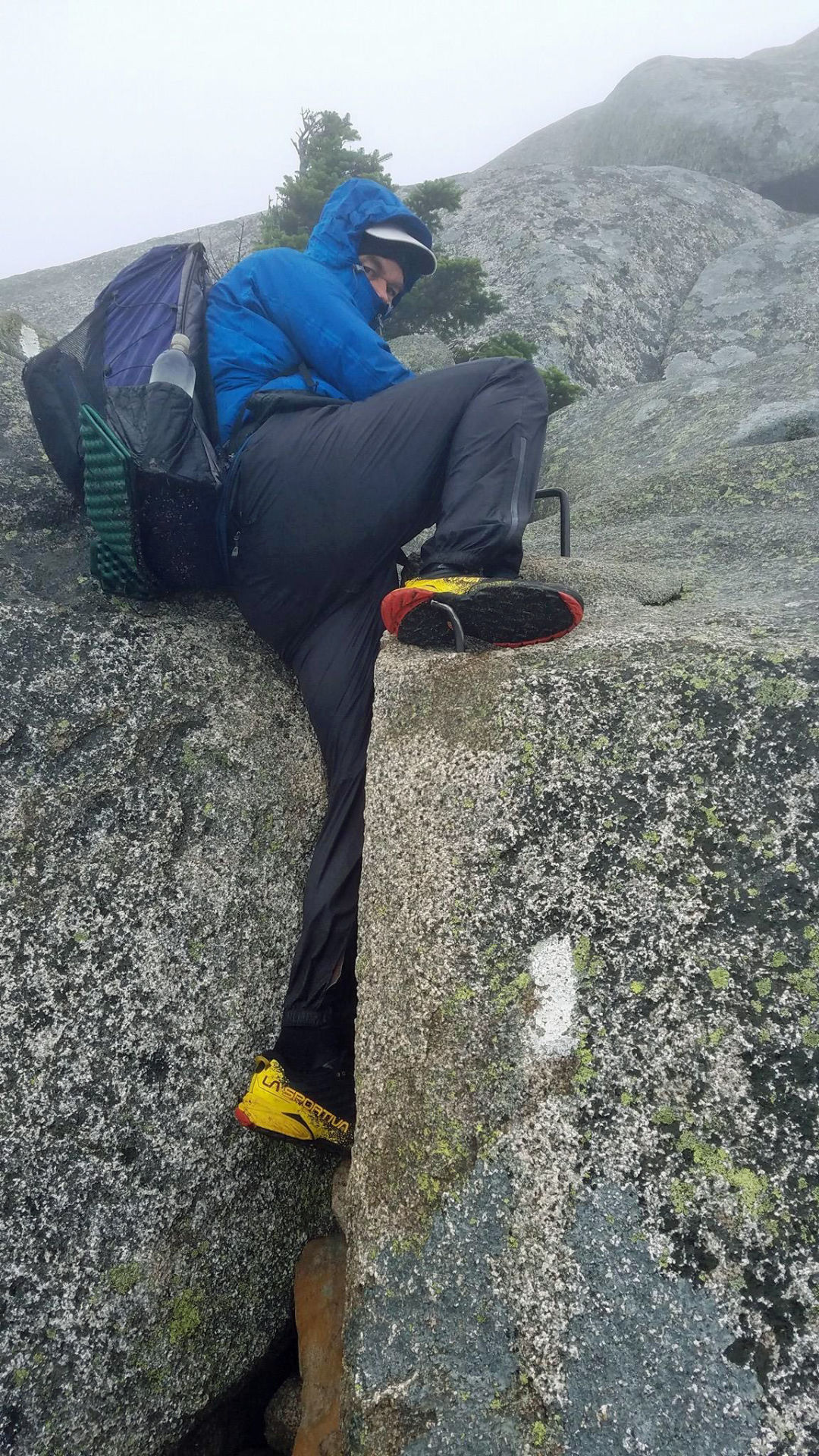 Upon arrival home to Minnesota, Dan Amundson had shin splints and plantar fascitis — a “norm” for Appalachian Trail hikers, he said.

Dan Amundson had no idea what he was in for when he decided to tackle the Appalachian Trail.

The Savage resident lost his information technology project management job in November 2016 to a mass layoff of 2,000 people. After it happened, Amundson’s financial adviser told him and his wife, Karen, they had done a good job saving. So this would be a good opportunity for Dan to do something for himself, the adviser explained.

This trail is not an easy feat. Only 25 percent of people who attempt to hike the trail in one journey actually complete it, according to the Appalachian Trail Conservancy.

On March 17 of this year, Amundson began his journey. He planned to be gone six months but finished in five and a half. He returned on Sept. 4, Labor Day.

“[I wanted] to do something larger, bigger, grander,” Amundson said.

Packing right is everything. He had his backpack, a winter quilt, a sleeping pad, rain gear, food supplies to last four to six days and a water filter.

At night, he slept in what he calls a “nylon coffin,” a one-person tent that fit him tightly.

“That was my home for [nearly] six months,” he said.

He was alone but soon met new friends along the trail. Seventy people started the same day he did, he said, though the number dwindled as the days wore on. He made many memorable friends, including war veterans who used hiking as a way to heal and cope with post-traumatic stress disorder.

He also got a trail nickname, which everyone gets during their travels. It must come from another hiker and you must accept the name you get, Amundson explained. His was “Bullseye,” which came from a far younger hiker who could not keep up with him, he said.

Karen stayed at home in Savage, though she would visit him in May during a festival in Damascus, Virginia. The festival celebrated and drew Appalachian Trail hikers, past and present.

“I cried my eyes out,” she said of leaving for Minnesota after the visit.

The couple spoke on the phone every few days, but Amundson would post on Facebook daily from his tent.

Amundson said the trail is 80 percent a mental challenge and 20 percent a physical one.

“Being in good shape so much isn’t a requirement as it is being mentally strong,” he said.

The trail was not like he thought it would be. He envisioned a smooth trail with sunny, dry days. Instead, he met boulders and 24-inch steps and significant rain. In fact, he never saw more than five dry days in a row. He even encountered snow that forced the National Park Service to close roads, which forced hikers to stay in a hotel nearby. Given that his gear has a 20-degree threshold and he only had a T-shirt and a rain jacket, a hotel meant hikers could stay safe.

“It wasn’t what I expected or wanted,” Amundson said.

He started out by hiking six hours per day, building up to the ability to hike 10 to 12 hours per day toward the end of the trip. In total, he walked about 31,000 steps per day. That’s 5.28 million steps during his entire trip.

He repeated a mantra to himself daily to keep himself going: “Embrace the suck.” A trail friend had shared the saying with Amundson.

“Every day is a good day for hiking,” he also said to himself. “And you have to tell yourself that every day.”

Over the course of the trip, Amundson lost 60 pounds.

Upon arrival home to Minnesota, he had shin splints and plantar fascitis — a “norm” for Appalachian Trail hikers, he said. He ate and slept constantly, taking two naps per day for two weeks straight.

Amundson, who is still searching for his next job, said he’s been more reflective since he got home. On the trail, he didn’t have much time for soul searching or reflection because there was always something to focus on each day.

Now that he’s back, he says he realizes he used to feel like he needed new electronics and other external things to attain happiness. But now he sees that happiness comes from within and that life can and should be so much simpler.

“We have so many first-world problems here that are just noise,” he said.

It was a transformative experience for his wife, as well. Karen Amundson said she became more self-reliant while he was gone, although she missed him every day.

“Most days I couldn’t think about it,” she said. “Otherwise I would have driven myself nuts.”

She said she is extremely proud of him and she knew he could do it. Also a veteran backpacker, she said she no longer wants to hike the Appalachian Trail like she used to now that she knows what it entails.

“Give me the beach,” she joked.

Dan Amundson said he couldn’t have done the trip without his wife’s support.

“It was a tremendous adventure,” he said.