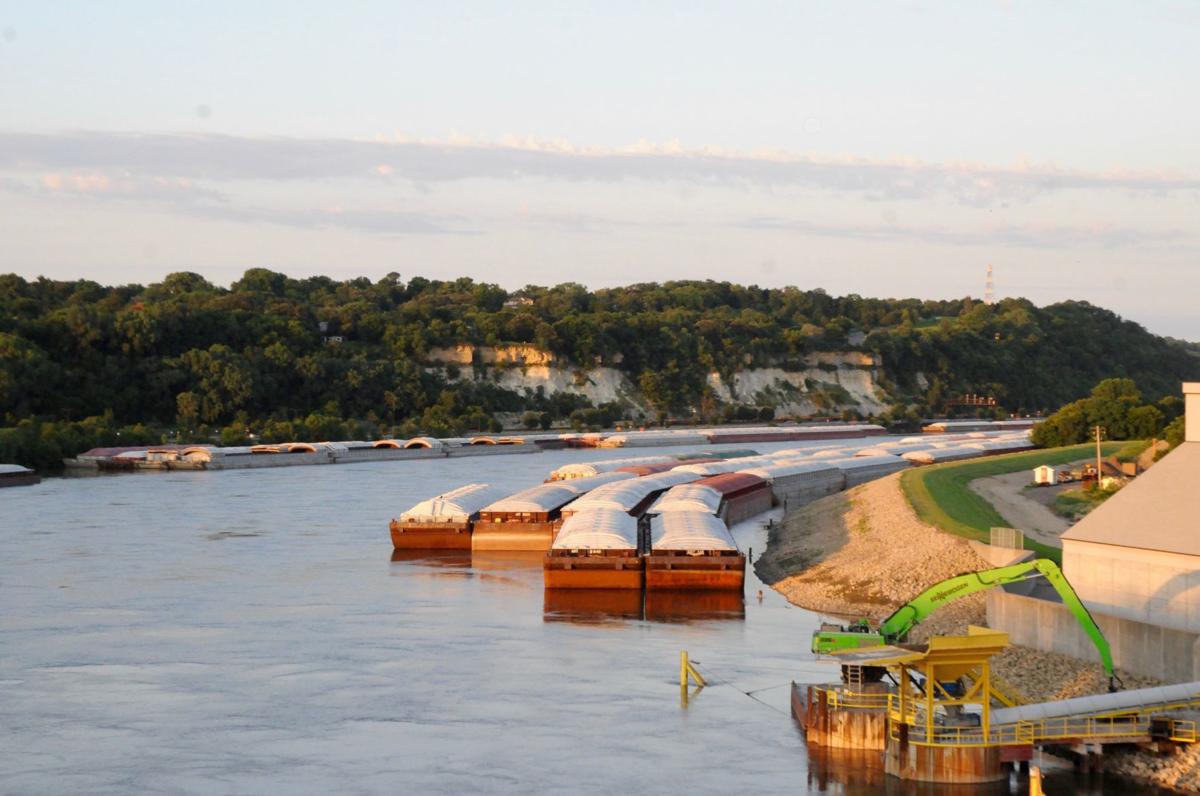 Top — Barge fleets headed to Savage are maintained by Upper River Services in St. Paul while companies wait for the Minnesota River water levels to lower on July 10. 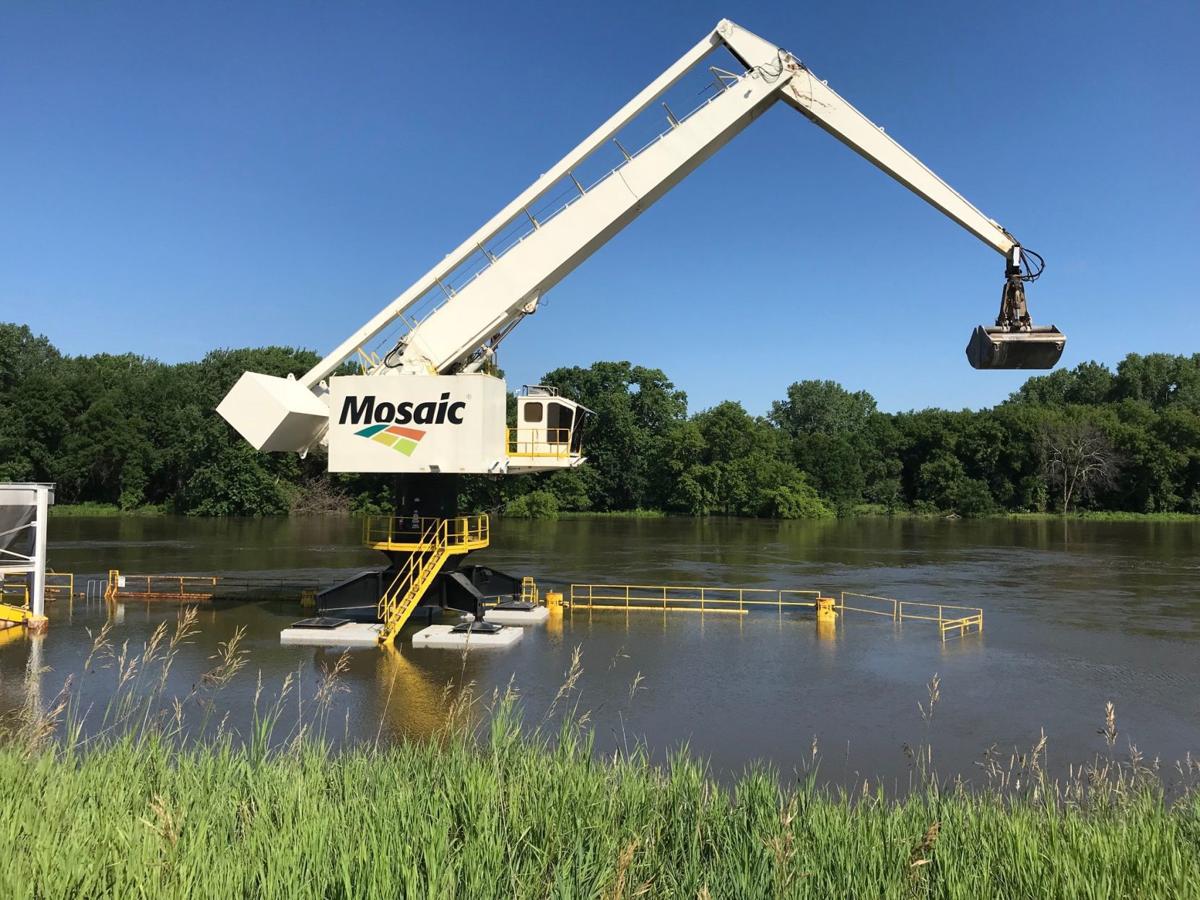 The dock at Mosaic Crop Nutrition in Savage submerged under high water. 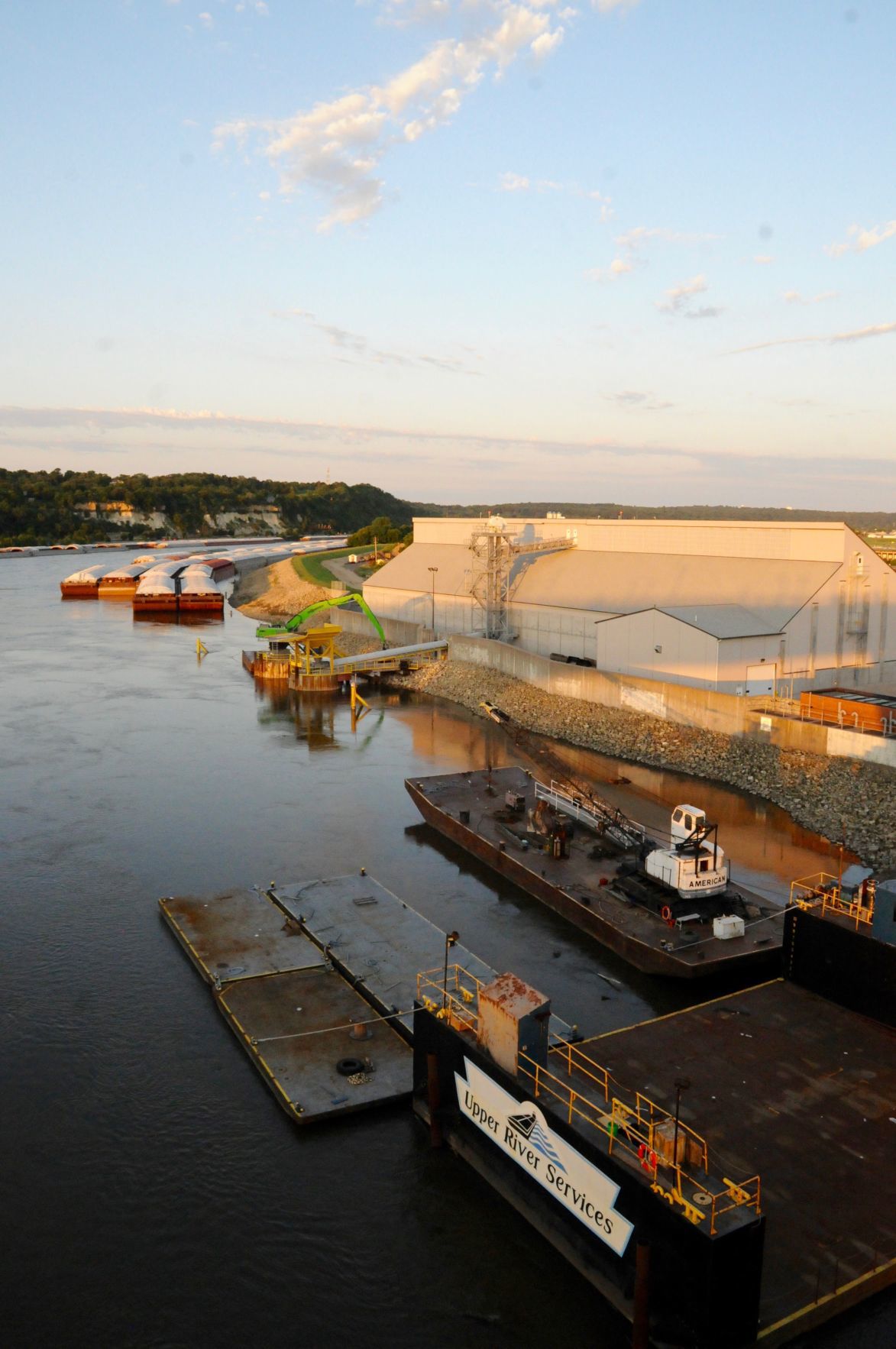 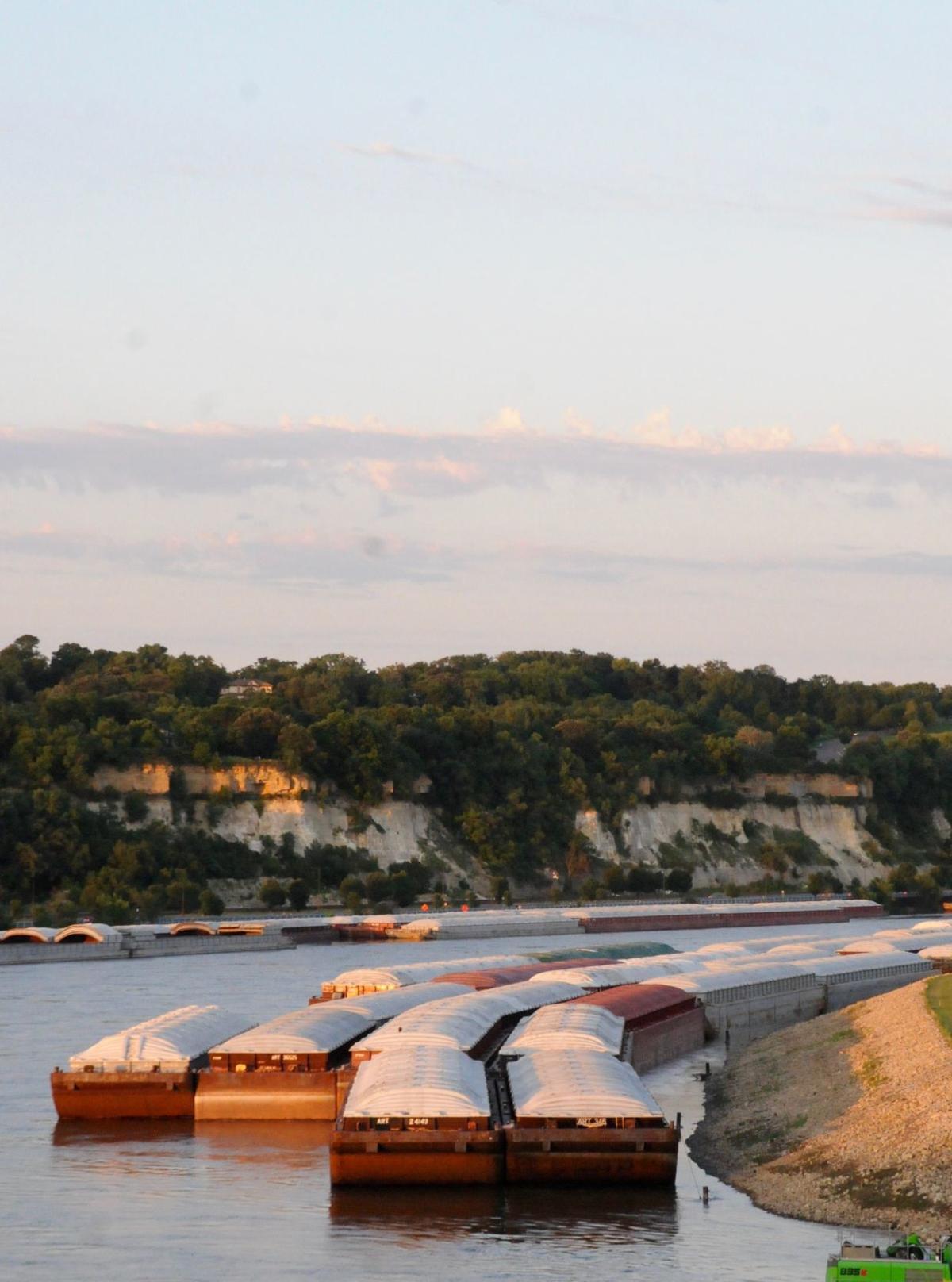 Barge fleets headed to Savage are maintained by Upper River Services in St. Paul while companies wait for the Minnesota River water levels to lower.

Top — Barge fleets headed to Savage are maintained by Upper River Services in St. Paul while companies wait for the Minnesota River water levels to lower on July 10.

The dock at Mosaic Crop Nutrition in Savage submerged under high water.

Barge fleets headed to Savage are maintained by Upper River Services in St. Paul while companies wait for the Minnesota River water levels to lower.

The Minnesota River in Savage crested for the third time this year on July 12 at 705.52 feet, according to observations reported to the National Weather Service by the U.S. Army Corps of Engineers. For operations along the river that depend on barge traffic, high water comes with a hefty price tag.

"The third (crest) by mid-July is a lot," said Lisa Brickey, the Savage warehouse manager for Mosaic Crop Nutrition.

Barge unloading becomes unsafe at 702 feet, according to Brickey.

The first flood event of the year began on April 26, when the river reached 702 feet and rose to 706 feet. On May 9, the CHS terminal in Savage began unloading barges again. The second flood event began on June 22 when the river again rose to 702 feet. The river rose to a height of 707.42 feet on June 30, then receded to 703.53 feet on July 8 before it began to rise again.

According to Brickey, this is the third week that the barges loaded with fertilizer product for Mosaic are being held in St. Paul. With around 45 barges in waiting — at approximately $275 a day, per barge — it's costing Mosaic approximately $12,375 a day, she said. Cargill Salt product is unloaded at Mosaic's dock, so that product is also on hold, she said.

Barge fleets are maintained and towed by Upper River Services.

"They just sit there until the water goes back down," Brickey said of barges being held in St. Paul.

Barges bring product to Mosiac from April through November. Companies rely on rail to move product from November through March, when the river is closed, but Brickey said barges are preferred because they are cheaper.

How much the flooding impacts the customers depends on the sales and inventory, Brickey said. The warehouse product supply buys the company time. When it runs out, Brickey said, they have to tell customers not to come back until the barges can be unloaded.

"When we find out the river is going up we have to remove a lot of equipment," Brickey said. In addition to the work before the dock goes under, there is quite a lot of clean up once the flooding ends.

"The silt from the river causes a huge mess that gets into all the nooks and crannies," Brickey said.

Brickey said she is hoping the barge operation will resume early next week, after three long, expensive weeks on hold.

Superior Minerals Company, located off of Highway 13 on Yosemite Avenue, is also waiting out the high water.

"We are basically shut down until the river gets back down," said Bob Reimler, the General Manager at Superior Minerals Company.

According to Reimler, roughly 30 barges loaded with Superior Minerals Company product are waiting out the flood in St. Paul. Until then, product continues to arrive by truck and the company depends on materials in their stockpile.

Once operations are up and running again, Reimler said they'll have to clear out debris the river brought in, such as trees and branches, and work additional unloading shifts to catch up.

CHS Terminal Manager Greg Oberle said in an email the company is hoping to be loading barges again at the CHS Savage grain terminal on July 17 or July 18.

According to Oberle, they are able to continue loading shuttle trains. While this helps with moving product, he said, rail service cannot equal the efficiencies of barge loading.

The bulk of the previous year's crops are moved in May, June and July, making it the busiest time of year for barge loading, Oberle explained.

"The industry has been in a constant state of playing catch up since the beginning of the season, due to the late (Lake) Pepin opening and the two elongated flood events," Oberle said.

According to the observations taken at Port Cargill by the U.S. Army Corps of Engineers, the river will crest at 706 feet at 1 a.m. Thursday. Predictions show the water will remain above 703 feet on Monday.