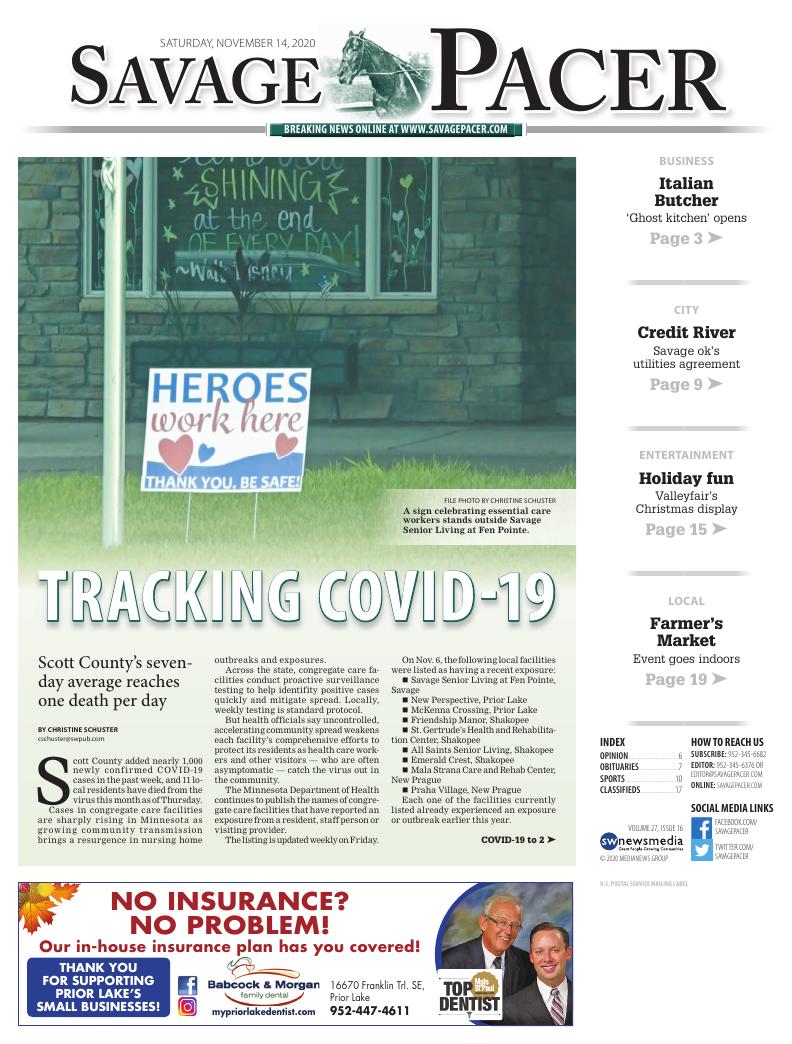 Scott County added nearly 1,000 newly confirmed COVID-19 cases in the past week, and 11 local residents have died from the virus this month as of Thursday.

Cases in congregate care facilities are sharply rising in Minnesota as growing community transmission brings a resurgence in nursing home outbreaks and exposures.

But health officials say uncontrolled, accelerating community spread weakens each facility's comprehensive efforts to protect its residents as health care workers and other visitors — who are often asymptomatic — catch the virus out in the community.

The Minnesota Department of Health continues to publish the names of congregate care facilities that have reported an exposure from a resident, staff person or visiting provider.

The listing is updated weekly on Friday.

On Nov. 6, the following local facilities were listed as having a recent exposure:

Each one of the facilities currently listed already experienced an exposure or outbreak earlier this year.

Aimee Jordan, media relations manager with Fairview Health, said Wednesday that 14 resident cases had recently been identified at the facility. One resident died of the illness.

In addition, three staff member infections have been reported, according to Jordan.

McKenna Crossing in Prior Lake, the first facility in Scott County to report a COVID-19 outbreak in May, also reports recent cases.

As of Nov. 11, one resident and one staff member were recovering from an active case, according to Presbyterian Homes & Services Communications Specialist Cindy Ray.

St. Gertrude's Health and Rehabilitation Center in Shakopee, which shares an update each week on its website, reports 29 staff members have been infected since the pandemic began with four staff members recovering from an active case as of Nov. 10.

No resident cases have been confirmed recently, but 12 patients and one resident have been infected since the pandemic began, according to Executive Director John Padjen. Two of those residents died of COVID-19.

At other local facilities, it's unclear exactly how many residents and staff members have been infected with COVID-19 to date, and how many cases are currently active.

Jamie Mohlin, Shakopee Friendship Manor's director of social services, declined to comment on how many COVID-19 related deaths have occurred since the pandemic began, but said Nov. 9 there were no active cases associated with the facility at the moment.

Also in Shakopee, All Saints Senior Living's Executive Director Meghan Eakins confirmed new cases have been identified among staff and residents in recent weeks, but did not provide further details on cases or deaths before press time Thursday.

Doug Anderson, vice president of marketing & communications for New Perspective in Prior Lake, said Nov. 9 no cases have been identified among residents. Anderson did not provide a reason New Perspective is listed for having an exposure, and the company is promoting in-person tours this month.

The state also reports recent COVID-19 exposure at Emerald Crest in Shakopee and Praha Village in New Prague. Both facilities are operated by the Edina-based Cassia company.

Over 5,000 COVID-19 cases have been identified in Scott County since the onset of the pandemic.

Eleven Scott County residents have died of COVID-19 so far in November, raising the county's overall death toll to 47 as of Nov. 12.

Nine deaths were reported Nov. 5-12 bringing the county's seven-day average deaths to more than one death per day.

Three Scott County resident deaths related to COVID-19 were reported in October. The deaths occurred among two residents in their 60s and one resident in their 90s. 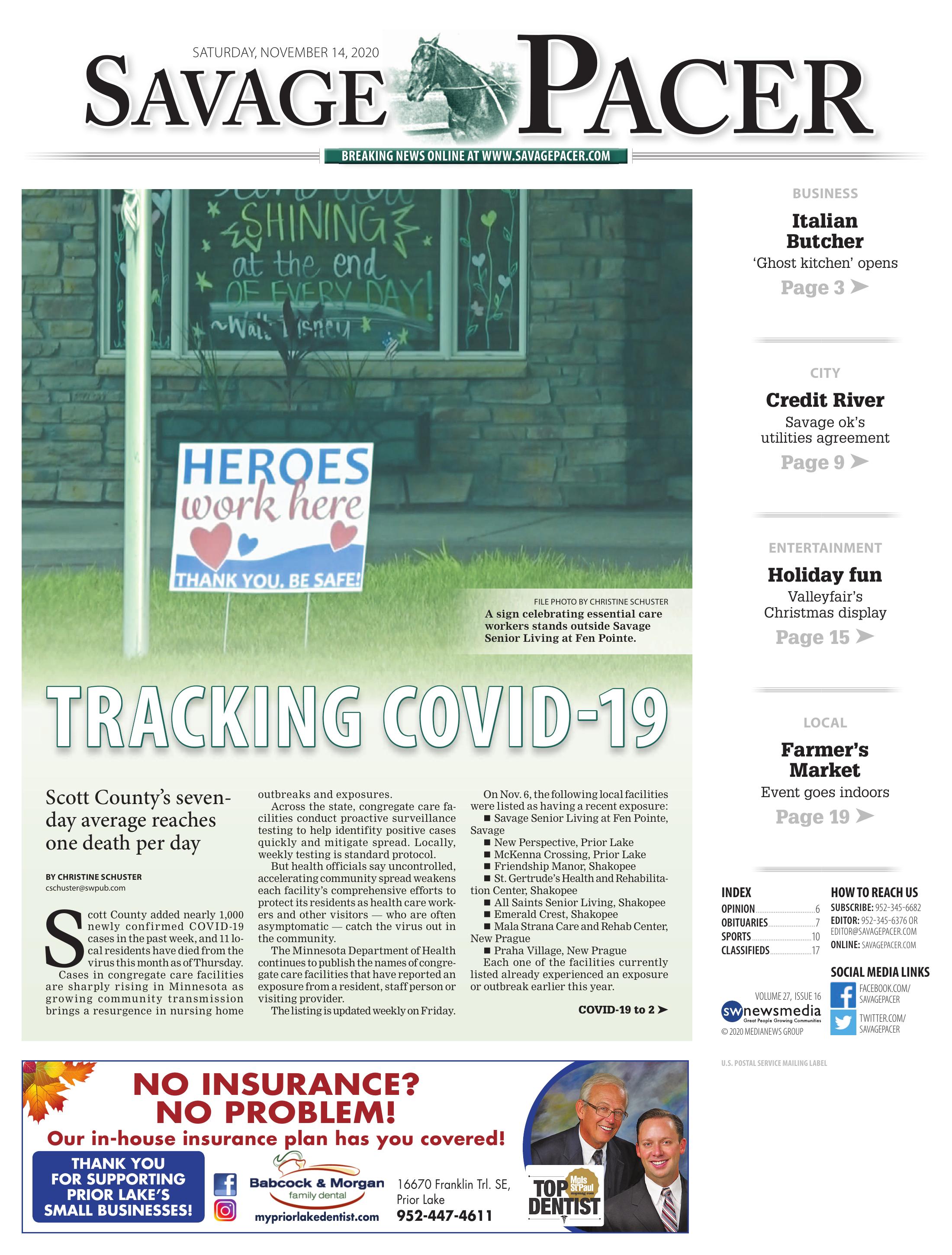