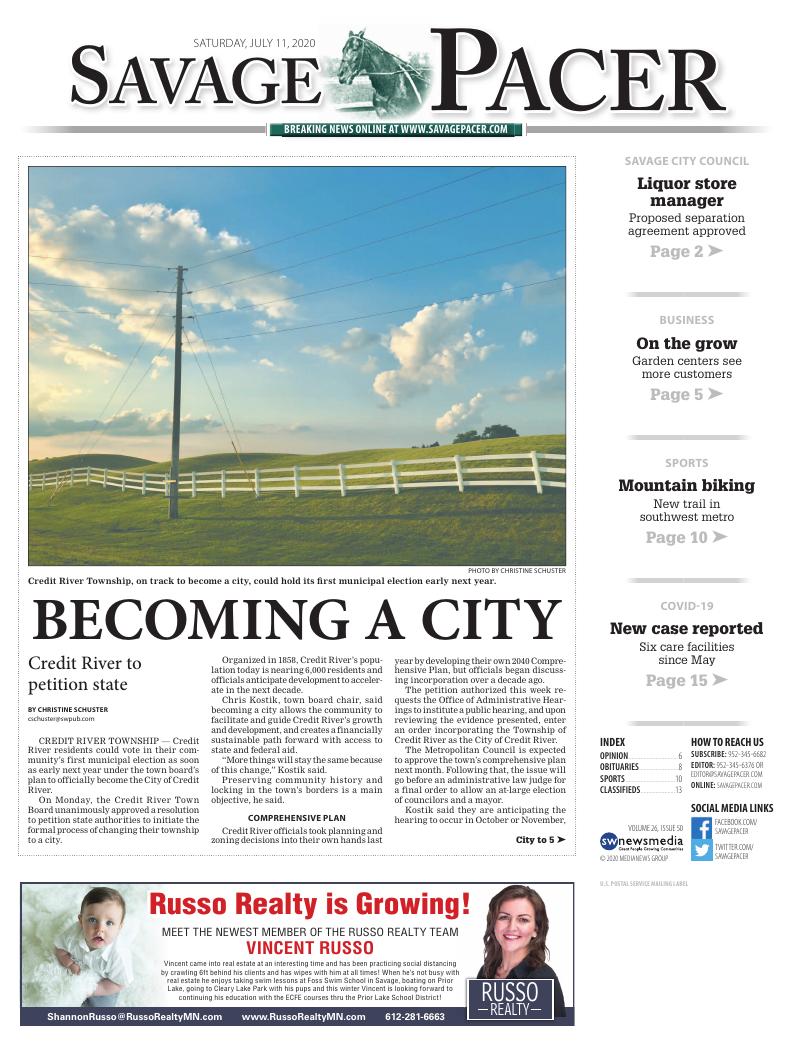 Credit River Township, on track to become a city, could hold its first municipal election early next year.

CREDIT RIVER TOWNSHIP — Credit River residents could vote in their community's first municipal election as soon as early next year under the town board's plan to officially become the City of Credit River.

On Monday, the Credit River Town Board unanimously approved a resolution to petition state authorities to initiate the formal process of changing their township to a city.

Organized in 1858, Credit River's population today is nearing 6,000 residents and officials anticipate development to accelerate in the next decade.

Chris Kostik, town board chair, said becoming a city allows the community to facilitate and guide Credit River's growth and development, and creates a financially sustainable path forward with access to state and federal aid.

"More things will stay the same because of this change," Kostik said.

Preserving community history and locking in the town's borders is a main objective, he said.

Credit River officials took planning and zoning decisions into their own hands last year by developing their own 2040 Comprehensive Plan, but officials began discussing incorporation over a decade ago.

The petition authorized this week requests the Office of Administrative Hearings to institute a public hearing, and upon reviewing the evidence presented, enter an order incorporating the Township of Credit River as the City of Credit River.

The Metropolitan Council is expected to approve the town's comprehensive plan next month. Following that, the issue will go before an administrative law judge for a final order to allow an at-large election of councilors and a mayor.

Kostik said they are anticipating the hearing to occur in October or November, and Credit River's first municipal election will follow in January or February.

In 2018, Prior Lake annexed two 10-acre parcels in Credit River and plans are under review to annex another 10 acres nearby.

But Prior Lake Mayor Kirk Briggs said the town board's vote is a welcomed and anticipated move.

"I think it's great news," Briggs said, adding it strengthens every community in Scott County to have another fully-involved municipal partner to participate in the planning and funding of county projects.

As far as annexing, Briggs said Prior Lake's sewer and water infrastructure doesn't have capacity to continue annexing parcels of Credit River. Prior Lake's growth opportunities are positioned southward, he said, where the city and Spring Lake Township have an orderly annexation agreement in place.

"The city of Prior Lake has no aspirations to annex farther east and we've made no provisions to do so," Briggs said.

If Credit River doesn't become a city, Kostik anticipates annexation would swallow the remaining properties in the area that haven't yet been sold to redevelopment.

State statute allows a city to annex land without the permission of a township.

"If we don't do this, because of development pressures, Savage would have no choice but to start annexing pieces of Credit River, because they've got this big sewer pipe in the ground they need to pay for," Kostik said.

Savage City Administrator Brad Larson said the utilities brought to south Savage haven't been an over-investment based on the development occurring, and Savage officials haven't had intentions to annex Credit River parcels in the area.

"We are putting a pipe down to serve the development happening in south Savage and we are stopping it there," he said.

But because of the infrastructure in place, Savage will likely provide water to the northern portion of Credit River upon incorporation.

Credit River and Savage officials hope to have an agreement in place before year's end, Larson said.

Agreements to secure other city services are also being planned for Credit River.

Kostik said township officials are in the process of negotiating an agreement with the Scott County Sheriff's Office to bring full-time deputies to Credit River, and the township's agreement with the Prior Lake Fire Department is expected to continue under similar terms. 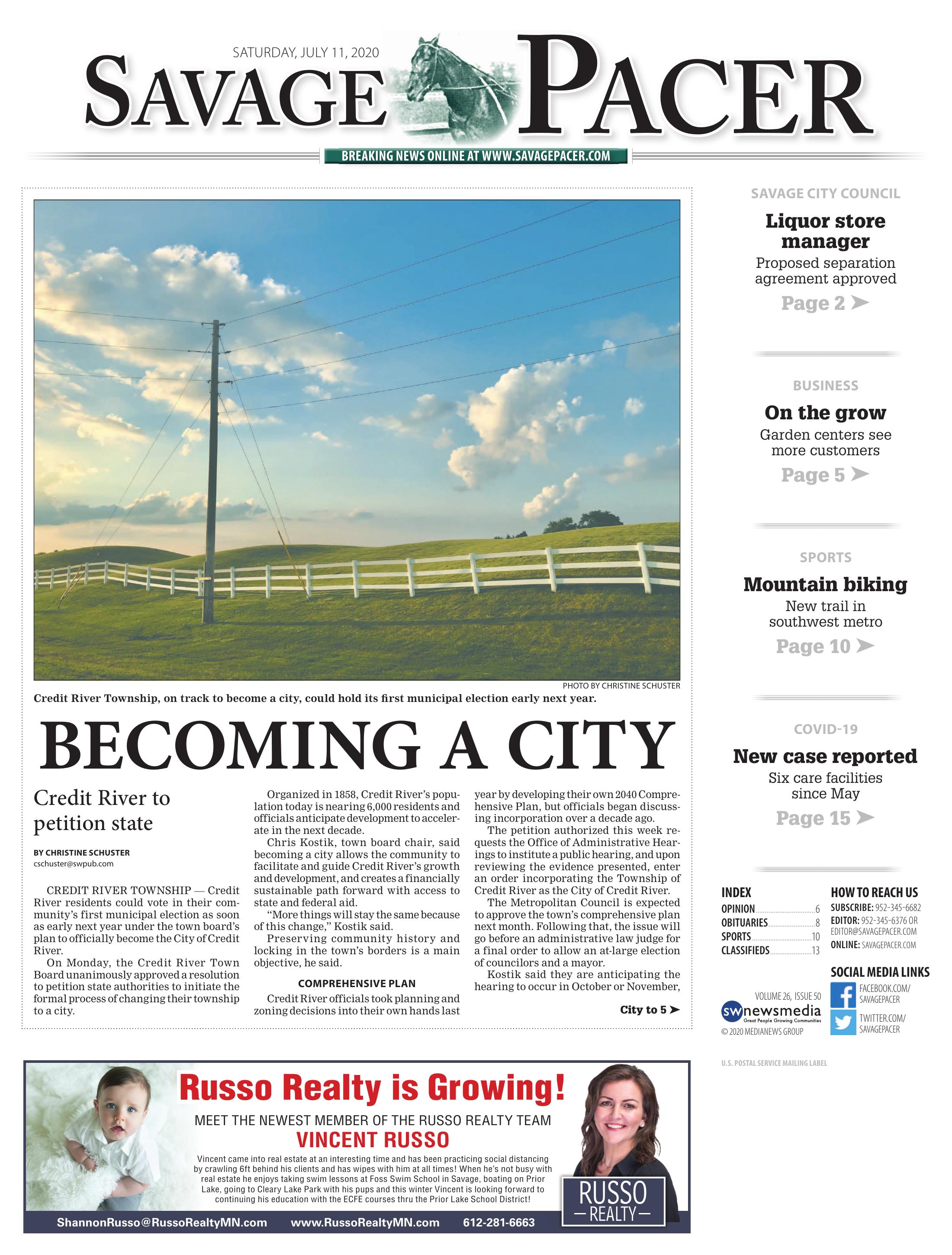