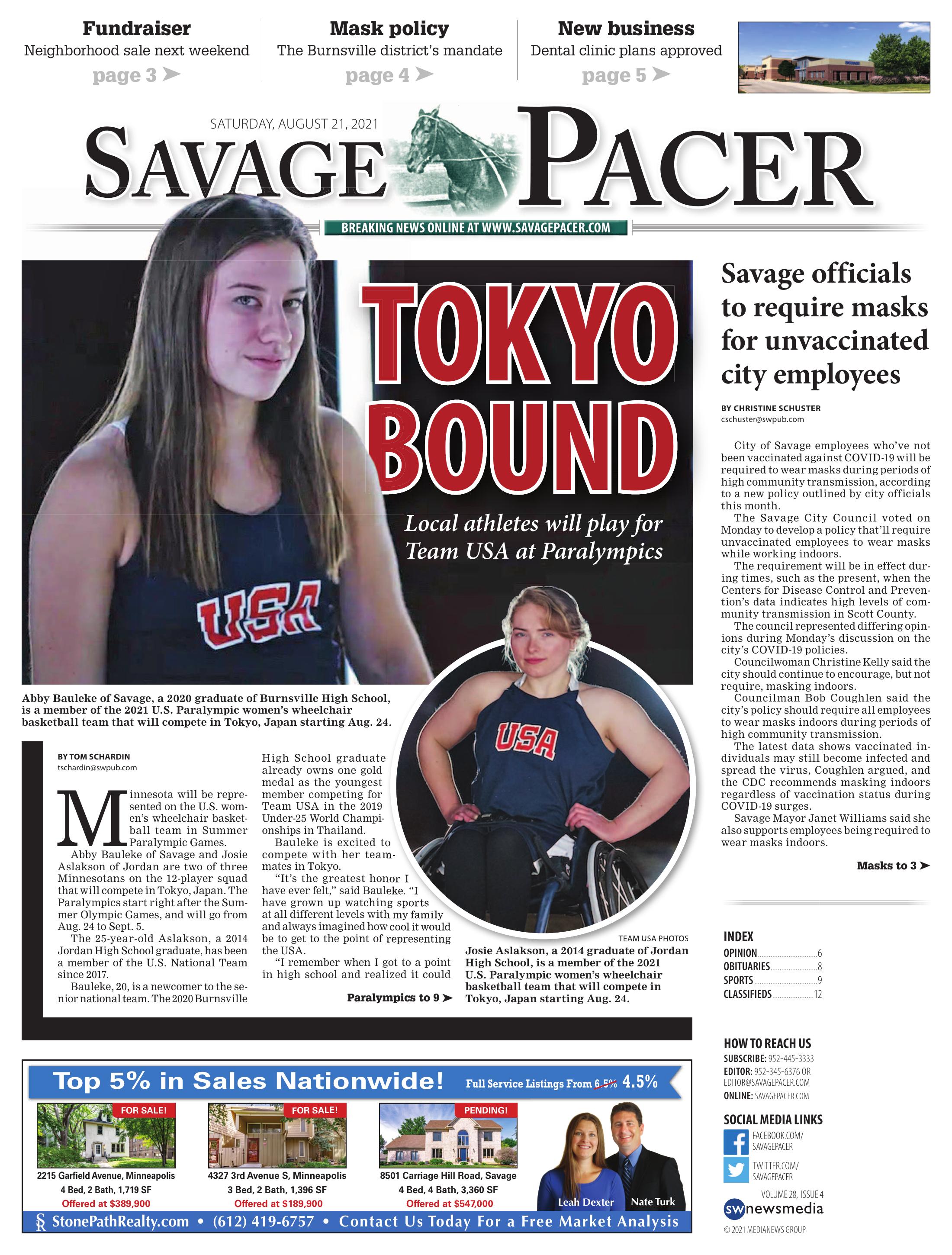 Minnesota will be represented on the U.S. women’s wheelchair basketball team in Summer Paralympic Games.

Abby Bauleke of Savage and Josie Aslakson of Jordan are two of three Minnesotans on the 12-player squad that will compete in Tokyo, Japan. The Paralympics start right after the Summer Olympic Games, and will go from Aug. 24 to Sept. 5.

Bauleke, 20, is a newcomer to the senior national team. The 2020 Burnsville High School graduate already owns one gold medal as the youngest member competing for Team USA in the 2019 Under-25 World Championships in Thailand.

Bauleke is excited to compete with her teammates in Tokyo.

“It’s the greatest honor I have ever felt,” said Bauleke. “I have grown up watching sports at all different levels with my family and always imagined how cool it would be to get to the point of representing the USA.

“I remember when I got to a point in high school and realized it could be a real possibility for me eventually and that’s when I really started dedicating myself even more to basketball,” she added.

Bauleke was originally named an alternate for the 2020 U.S. Olympic team, but those Summer Games were pushed back a year due to COVID-19.

There were three open spots for the 2021 team, and Bauleke was able to get one.

“From March until July, we had at least one if not two training camps a month, before we found out the official team,” she said. “I had to sacrifice a lot of time and energy during this process, but in the end it was all worth it.

“I learned a lot from the whole process, but the main thing I learned was how to adapt and not let anything stop you from your goals and to keep pushing forward,” she added.

Bauleke has pushed forward her whole life. She was diagnosed with leukemia at the age of 4 and then suffered a rare side effect from chemotherapy that left her paralyzed from the waist down.

She started in wheelchair basketball after attending a camp in Colorado that introduced sports to people with disabilities. As a sixth-grader, she got involved with youth a team from Minnesota called the Rolling Rowdies.

At Burnsville High School, she was even captain of the Burnsville girls swim team.

This past winter, Bauleke completed her first season of college basketball at the University of Alabama.

“When I first was paralyzed, I never thought sports would be something I would be able to do,” Bauleke said. “When I found basketball, I was so happy because I was finally able to do something that I had been watching my older siblings and my friends do for so many years.

“Basketball has given me so many opportunities I never would have imagined, from friendships with people across the world, to attending college at Alabama, to going to the Paralympics. And it’s only the beginning.”

For Aslakson, she’s was named to the 2020 U.S. women’s team. She discovered basketball at the age of 13 and played collegiately at the University of Texas-Arlington.

Aslakson also attended New York University to study dramatic writing, before playing her final college season at the University of Arizona. Courtney Ryan, who is an assistant coach at Arizona at the time, and coached Aslakson when she was there, is now her teammate on the U.S. squad.

Aslakson could not be reached for comment, but when she made the 2020 team, she told the Jordan Independent in February of 2020 that making U.S. Team is “more than surreal. The Paralympics are something that you only dream about and it’s happening, which is nuts.”

Aslakson has competed on the international stage before. In 2018, she represented Team USA in the Women’s World Championships in Hamburg, Germany. It was her second time competing in the them.

At the age of 5, Aslakson was involved in a car crash that her paralyzed from the waist down.

According to New York University’s independent student newspaper, Aslakson got her first look at basketball at the Courage Center in Golden Valley. She was there learning archery, but a wheelchair basketball team was there practicing. The coach of that team pushed to try basketball and eventually she did.

From there, Aslakson competed at Jordan High School and then went on to play at the Texas-Arlington and then Arizona.

“My parents have always been so supportive and have done everything for me, whether it’s taking me to tournaments or practices, or getting me whatever equipment I need,” Aslakson told the NYU student newspaper. “And in basketball, each coach I’ve had has been so great, from high school to the national team level.” 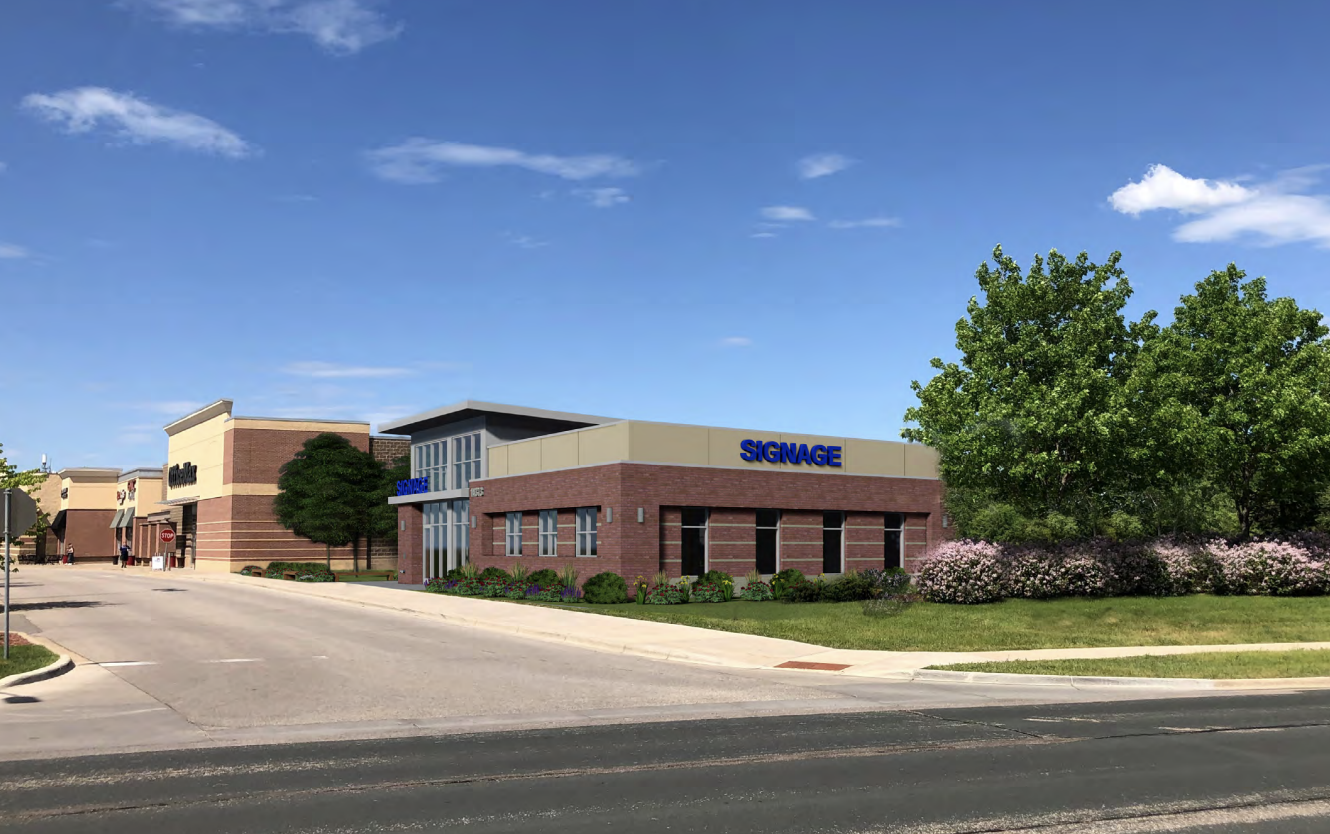 City of Savage employees who’ve not been vaccinated against COVID-19 will be required to wear masks during periods of high community transmission, according to a new policy outlined by city officials this month.

The requirement will be in effect during times, such as the present, when the Centers for Disease Control and Prevention’s data indicates high levels of community transmission in Scott County.

The council represented differing opinions during Monday’s discussion on the city’s COVID-19 policies.

Councilwoman Christine Kelly said the city should continue to encourage, but not require, masking indoors.

The latest data shows vaccinated individuals may still become infected and spread the virus, Coughlen argued, and the CDC recommends masking indoors regardless of vaccination status during COVID-19 surges.

Councilman Gene Abbott said he’d support a mask requirement if employees are allowed to take their masks off while in private offices and cubicles.

Councilman Matt Johnson said requiring all employees to be vaccinated is the best way to ensure protection from COVID-19 and help end the pandemic.

City Administrator Brad Larson said he’s aware of a “handful” of city employees who have not been vaccinated, although the city hasn’t yet formally asked employees to disclose their vaccination status.

“There’s a variety of reasons,” Larson told the council. “Some are medical and some just don’t want to do it.”

Johnson proposed the city require unvaccinated employees to submit to regular testing and wear a mask.

Vaccinated employees, he said, shouldn’t be required to wear a mask at work because they’ve already taken the most important step to protect themselves and others.

During Monday’s meeting, Johnson and Coughlen met in the middle on a plan to require masking for unvaccinated employees during periods of high community transmission.

The motion passed 4-1 with Kelly voting against.

In an email to the Savage Pacer, Larson said the city’s policy will be developed and rolled-out in the next week or two.

Employees will be given time to provide proof of vaccination or get vaccinated if they choose, Larson stated.

“To be clear, we are not mandating the vaccine for employees,” he wrote.