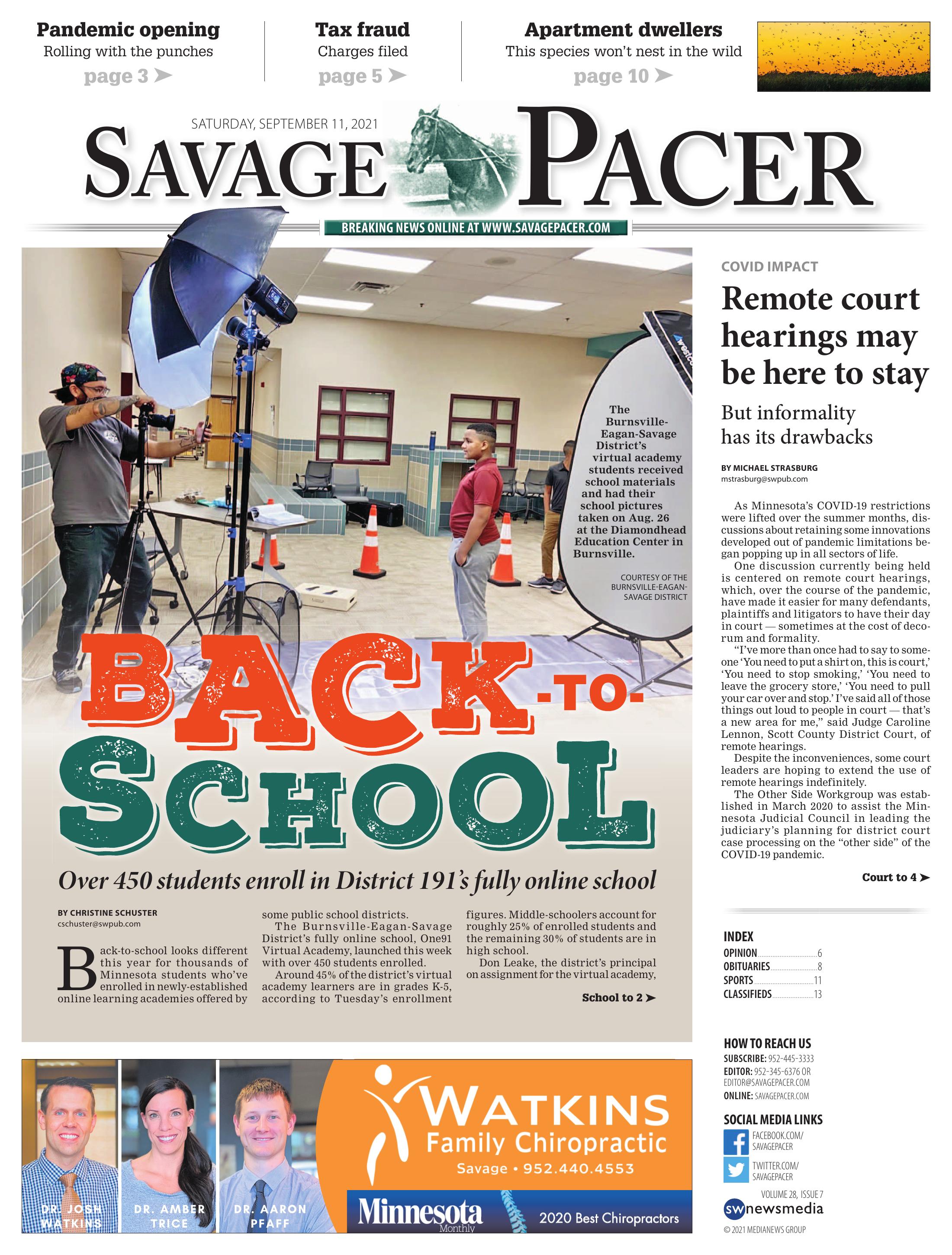 The Burnsville-Eagan-Savage District’s virtual academy students received school materials and had their school pictures taken on Aug. 26 at the Diamondhead Education Center in Burnsville.

The Burnsville-Eagan-Savage District’s fully online school, One91 Virtual Academy, launched this week with over 450 students enrolled.

Around 45% of the district’s virtual academy learners are in grades K-5, according to Tuesday’s enrollment figures. Middle-schoolers account for roughly 25% of enrolled students and the remaining 30% of students are in high school.

“We’ve gained about 100 kids in the last week-and-a-half and it’s basically across all the grade levels,” he said before Labor Day weekend.

The Rosemount-Apple Valley-Eagan District closed enrollment for its virtual school, 196Online, after enrolling over 620 students.

All of the currently-enrolled virtual academy students live within district boundaries, according to the district, and there’s a waitlist for other students hoping to enroll this year.

In the Burnsville-Eagan-Savage district, more than 10% of virtual academy students live outside the district.

Leake said the district is hoping to learn more about the students who enrolled in Burnsville’s virtual academy from elsewhere in the state, including from cities such as Owatonna, Maple Grove and Plymouth.

A district survey planned for later this month will ask families about their decision to enroll in virtual academy, and also gauge how many students plan to continue online learning after the pandemic.

District leaders are hopeful One91 Virtual Academy will continue growing after the pandemic subsides.

Over the past 20 years, a steady declining enrollment trend has challenged the Burnsville district’s finances, and open-enrollment into neighboring districts, mainly the Rosemount-Apple Valley-Eagan District, continues to be a major factor.

Yet, the flexibility of virtual learning, paired with the district’s college-and-career centered curriculum, presents a new opportunity for the district to draw families from the south metro and beyond.

“I think that we have an opportunity in front of us,” said Board of Education Chair Eric Miller.

And, with some virtual programs filling-up, Miller said the Burnsville-Eagan-Savage district will continue its efforts to reach students across the state.

“The sky is the limit,” he said. “We welcome any number of students to come attend.”

The number of Minnesota-approved online learning providers increased by approximately 82% this year, according to data from the Minnesota Department of Education.

In total, 46 applications were approved, according to Jeff Plaman, a digital and online learning specialist with MDE. Of the 46 applicants, 31 were approved for brand-new programs and 15 were authorized to expand existing programs.

Through that process, both the Burnsville-Eagan-Savage District and the Rosemount-Apple Valley-Eagan District were approved to launch K-12 virtual academies.

Other districts in the Twin Cities metro, including Edina Public Schools and Bloomington Public Schools, were also approved for online learning.

Last year, state executive orders required districts to provide distance or hybrid learning options and offered provisions to do so.

Now, with emergency powers ended and the force of existing state law returned, districts must be a state-recognized online learning provider to offer any form of virtual learning.

Plaman said the education department worked quickly in mid-July to revise the application process and help districts find a way to be flexible with their learning model this year.

The Prior Lake-Savage Area Schools District, for example, received provisional approval this year while continuing to plan for a long-term virtual learning program.

On Wednesday, around 370 districts in Minnesota had received provisional approval and a dozen other districts had pending applications. 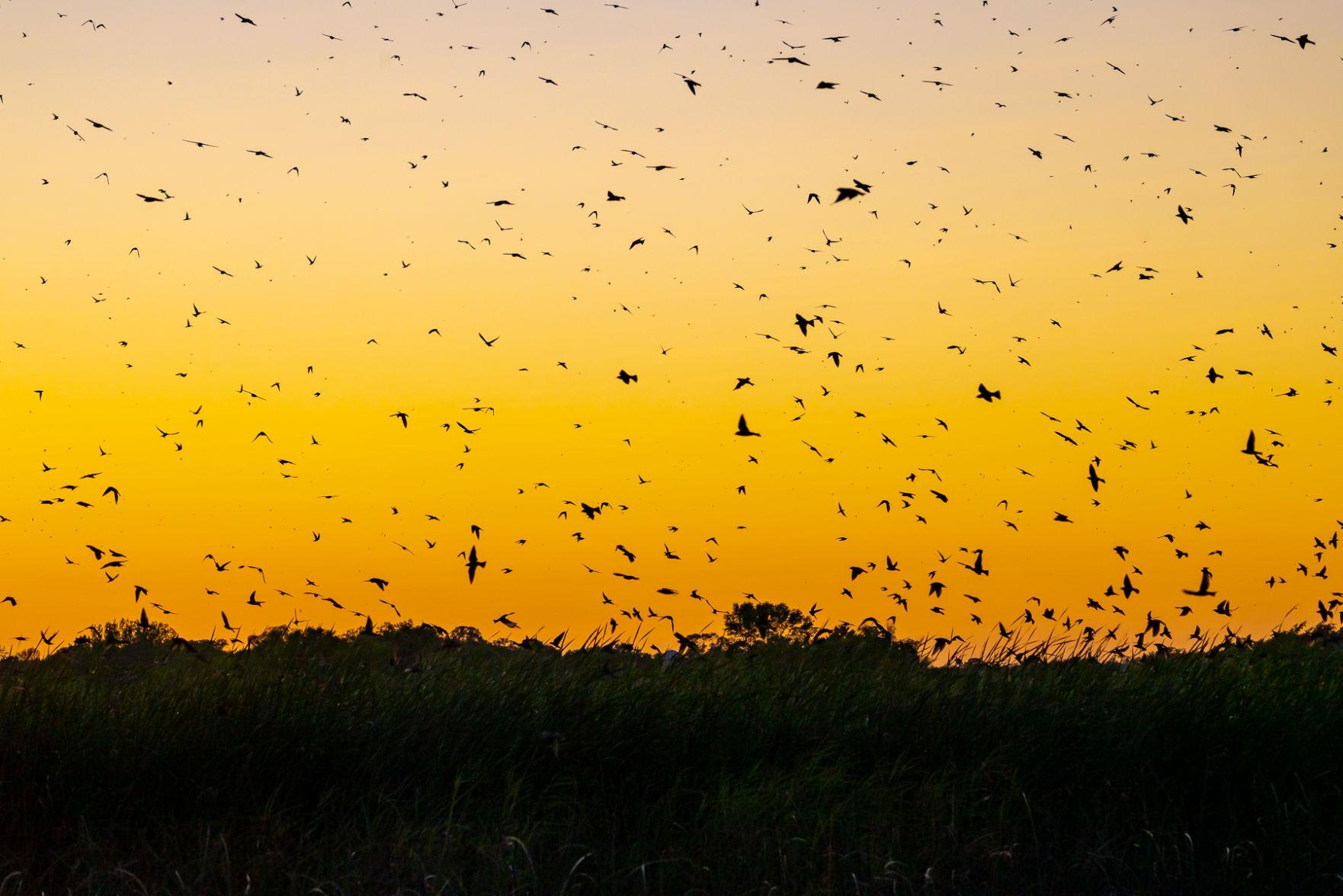