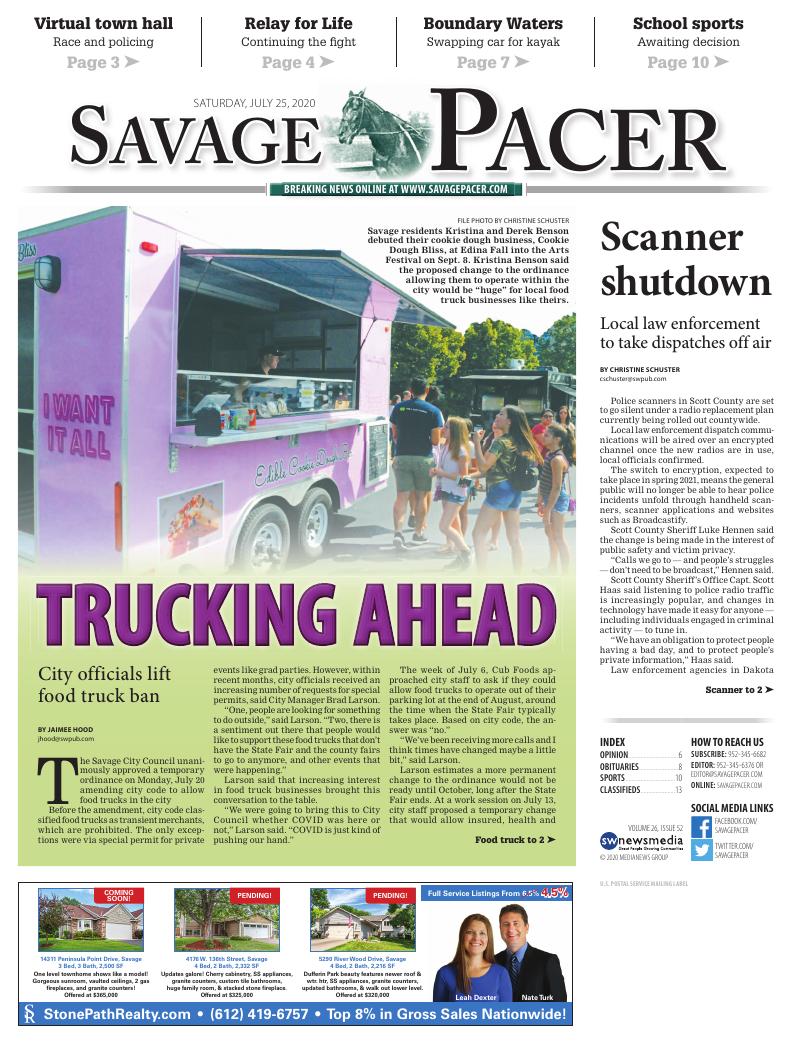 Savage residents Kristina and Derek Benson debuted their cookie dough business, Cookie Dough Bliss, at Edina Fall into the Arts Festival on Sept. 8. Kristina Benson said the proposed change to the ordinance allowing them to operate within the city would be “huge” for local food truck businesses like theirs.

Before the amendment, city code classified food trucks as transient merchants, which are prohibited. The only exceptions were via special permit for private events like grad parties. However, within recent months, city officials received an increasing number of requests for special permits, said City Manager Brad Larson.

“One, people are looking for something to do outside,” said Larson. “Two, there is a sentiment out there that people would like to support these food trucks that don’t have the State Fair and the county fairs to go to anymore, and other events that were happening.”

Larson said that increasing interest in food truck businesses brought this conversation to the table.

“We were going to bring this to City Council whether COVID was here or not,” Larson said. “COVID is just kind of pushing our hand.”

The week of July 6, Cub Foods approached city staff to ask if they could allow food trucks to operate out of their parking lot at the end of August, around the time when the State Fair typically takes place. Based on city code, the answer was “no.”

Larson estimates a more permanent change to the ordinance would not be ready until October, long after the State Fair ends. At a work session on July 13, city staff proposed a temporary change that would allow insured, health and safety compliant food truck businesses to set up shop in Savage through the end of this year.

Several councilors voiced concern over the impact on brick-and-mortar businesses within the city.

“The reason we haven’t allowed food trucks is they’re coming into an area and not paying any taxes,” Mayor Janet Williams said.

“I think they’re a great thing. I think it’s great for the city,” said Councilor Matt Johnson. “I don’t know if they’re that big of a drag on other businesses, honestly, from what I have seen.”

“I’m very sensitive to having a food truck parked in the parking lot right in front of Jimmy John’s and opening up a sub shop,” said Councilor Christine Kelly, “‘Well, they’ll be there every Saturday, Sunday and all summer long, and too bad Jimmy John’s.’”

Councilor Bob Coughlen added local business owners should be consulted as part of the research process when considering a more permanent change to the ordinance.

Savage residents Kristina and Derek Benson own Cookie Dough Bliss, an edible cookie dough business. The amendment would be huge for food truck and trailer owners, the Bensons said.

“Unfortunately due to the pandemic we’ve had to alter our business plan and a lot of us rely on this income to keep our businesses thriving,” Kristina Benson said. “Allowing us to operate within the city opens up several more doors and keeps our businesses going, and we are all able to social distance.”

Council members discussed several changes to the initial draft throughout the work session, one being the allowed hours of operation, which would be 9 a.m. to 9 p.m. Coughlen said he would only support the temporary change if a more permanent one were likely to follow.

“I don’t want to get people used to having a food truck around and then pulling it,” said Coughlen. “‘Oh, COVID’s over, temporary’s done, you don’t get that food truck anymore.’ That’s going to be more of a problem, trying to say no after you let the cat out of the house.”

Food truck owners will need to pay a $25 permit fee in order to operate within city limits.

Larson said city staff will continue to research what works best for food trucks and consult the chamber of commerce, as well as local businesses, assessing the need for minor changes throughout the remainder of the year. A more permanent amendment to the ordinance should be prepared by this fall, Larson said.

“It’s all part of helping people out during this time, I think,” Mayor Williams said. “And a way for us to try out this type of an ordinance.” 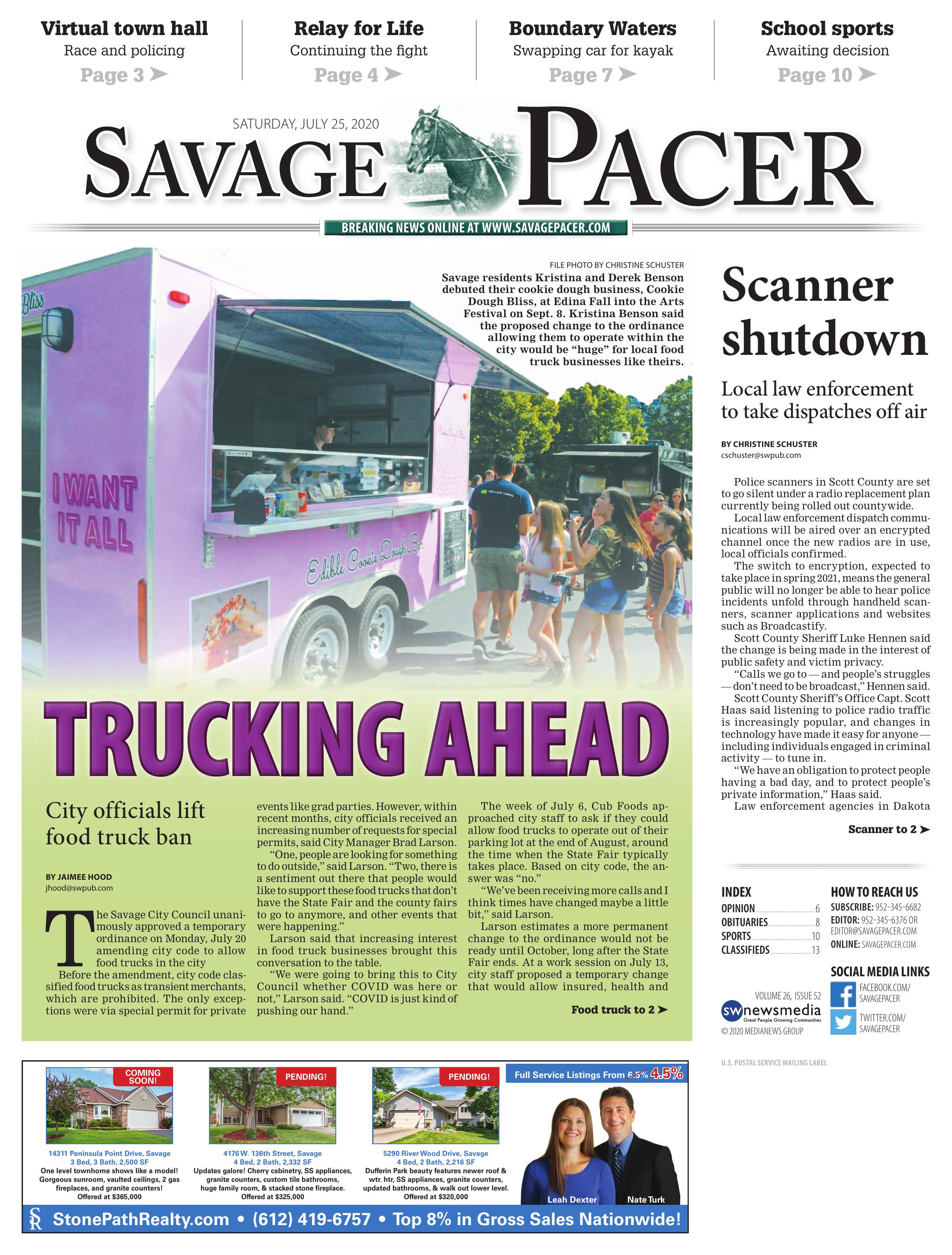