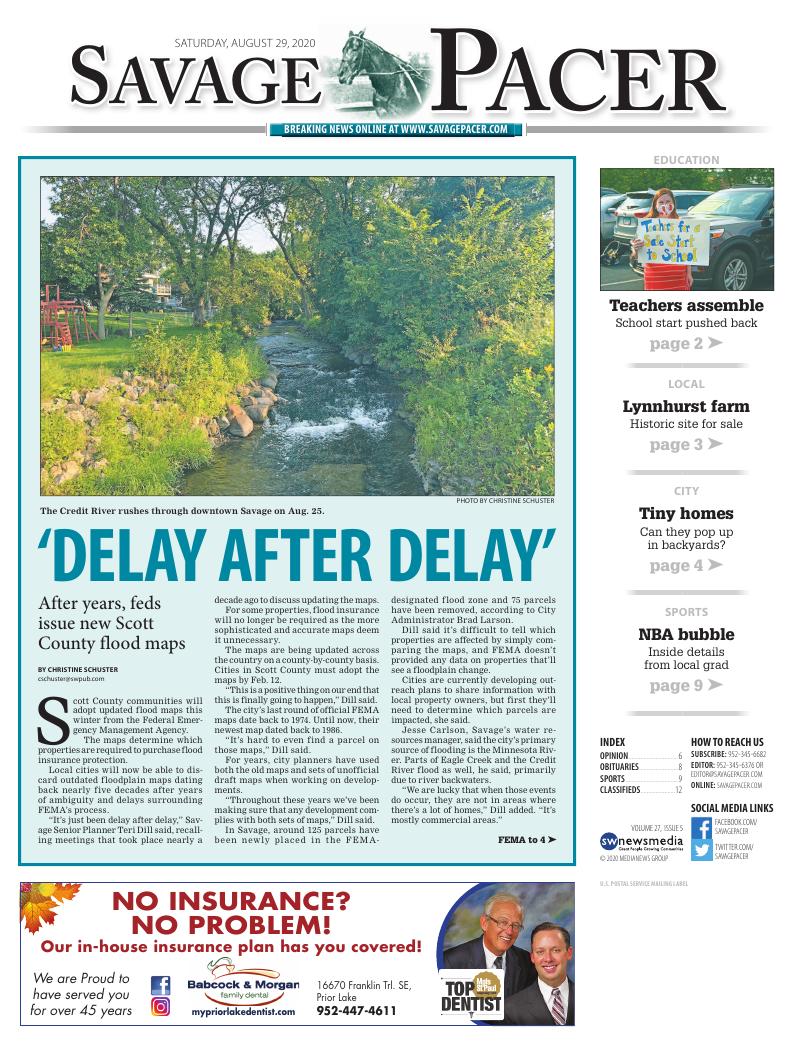 News
Changes to federal flood-risk designations to be adopted in Scott County
By Christine Schuster cschuster@swpub.com
08.28.20
Courtesy of the city of Savage

A flood-hazard region in Savage depicted in one of FEMA’s new flood maps.

The Credit River rushes through downtown Savage on Aug. 25.

The maps determine which properties are required to purchase flood insurance protection.

For some properties, flood insurance will no longer be required as the more sophisticated and accurate maps deem it unnecessary.

The maps are being updated across the country on a county-by-county basis. Cities in Scott County must adopt the maps by Feb. 12.

“This is a positive thing on our end that this is finally going to happen,” Dill said.

The city’s last round of official FEMA maps date back to 1974. Until now, their newest map dated back to 1986.

“It’s hard to even find a parcel on those maps,” Dill said.

For years, city planners have used both the old maps and sets of unofficial draft maps when working on developments.

“Throughout these years we’ve been making sure that any development complies with both sets of maps,” Dill said.

Dill said it’s difficult to tell which properties are affected by simply comparing the maps, and FEMA doesn’t provided any data on properties that’ll see a floodplain change.

Cities are currently developing outreach plans to share information with local property owners, but first they’ll need to determine which parcels are impacted, she said.

Jesse Carlson, Savage’s water resources manager, said the city’s primary source of flooding is the Minnesota River. Parts of Eagle Creek and the Credit River flood as well, he said, primarily due to river backwaters.

“We are lucky that when those events do occur, they are not in areas where there’s a lot of homes,” Dill added. “It’s mostly commercial areas.”

Pete Young, Prior Lake’s water resources engineer, said the city went through a process to update Prior Lake’s floodplain in 2018.

FEMA approved the changes, so the city won’t see any surprises in the new maps, he said.

The update allowed for hundreds of properties to be taken out of the floodplain based-on mitigation efforts that weren’t previously accounted for.

“It took 15 years to get to this point,” Jordan City Administrator Tom Nikunen said about the arrival of FEMA’s maps.

FEMA’s draft maps issued in 2006 had a “considerable amount of errors,” he said.

The city opted to challenge the maps through an appeals process. Nikunen estimates these revisions saved roughly 100 Jordan properties from being inaccurately listed in the floodplain.

The city continues to develop plans to construct a levee along Sand Creek that would remove downtown properties from the floodplain.

The project, dependent on state funding for a Department of Natural Resources program, will also help protect Jordan from the effects of a disastrous flood event similar to what the town experienced in 1960.

Prior Lake High School teacher Erin Zimmer-Borger holds a “Teachers for a safe start to school” sign outside the Prior Lake-Savage Area Schools District Services Center Monday evening. Teachers gathered outside the center to encourage the school board members, who were meeting that evening, to prolong the start of the school year. 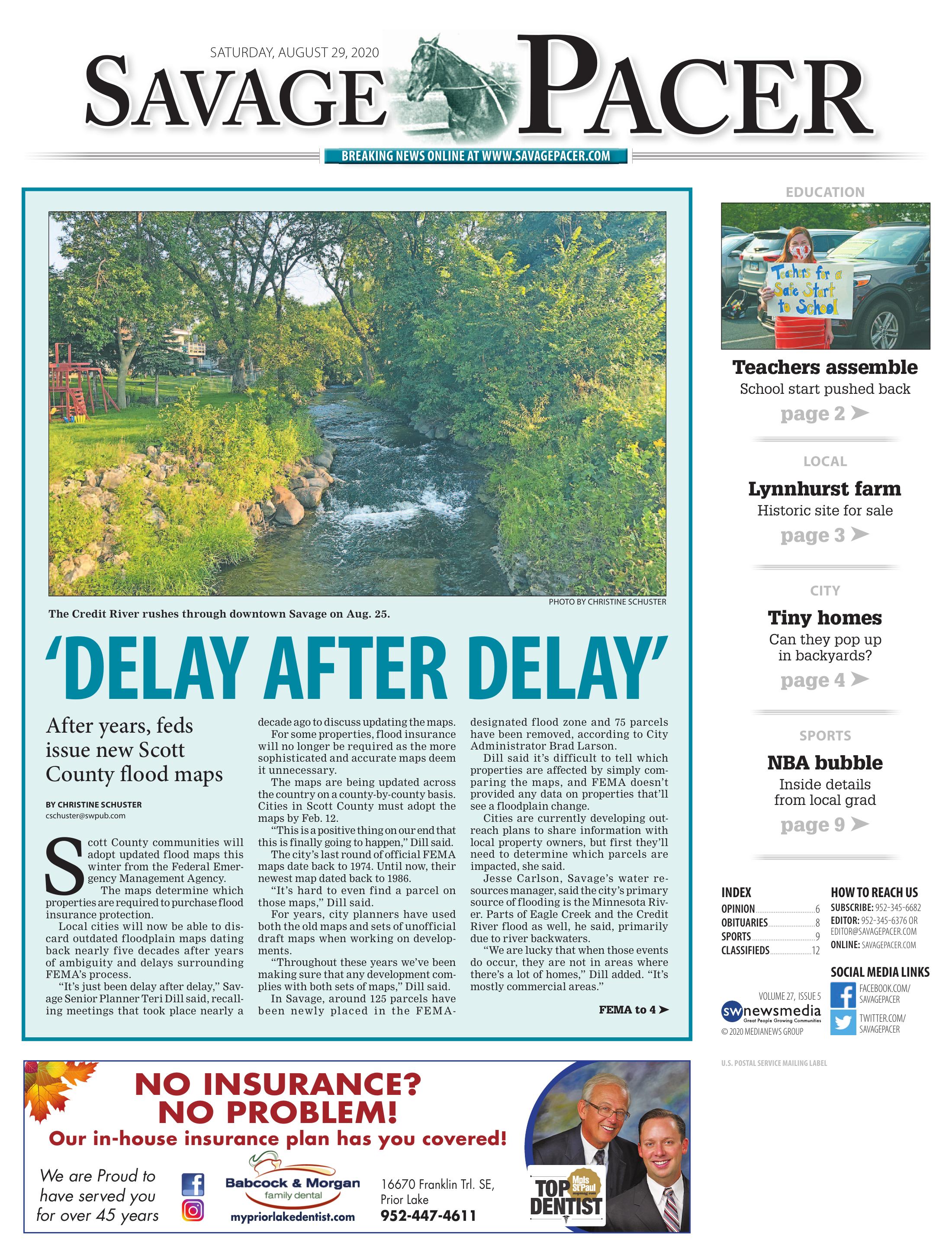