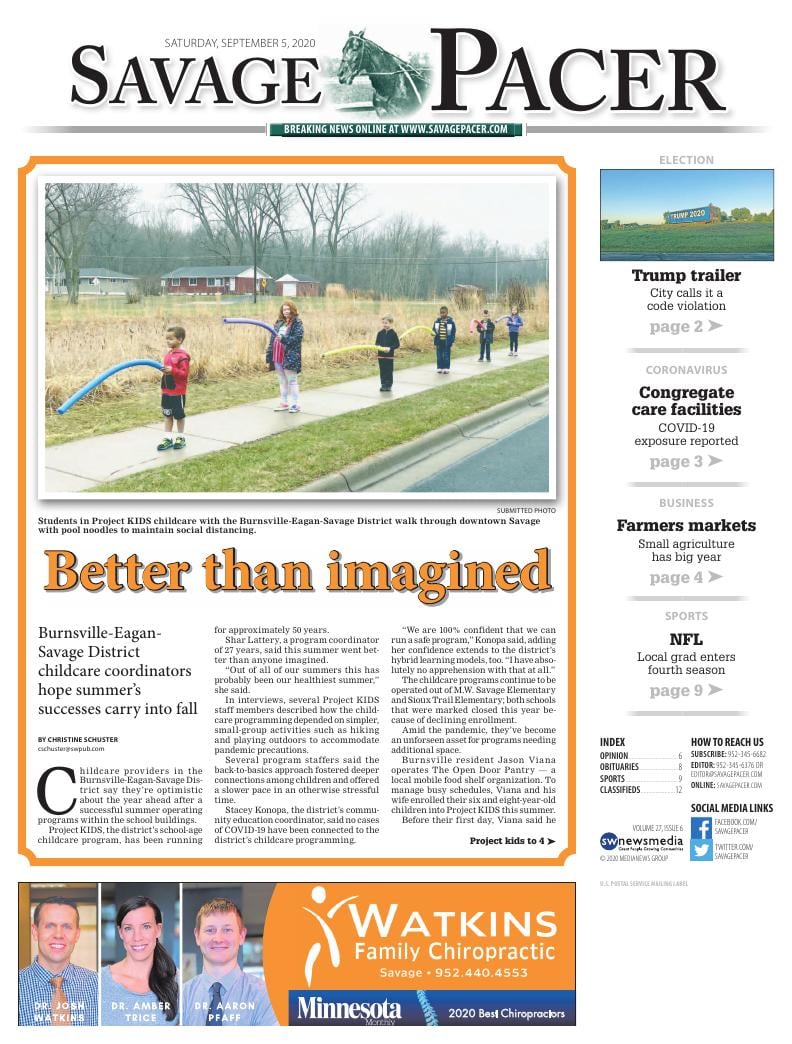 Childcare providers in the Burnsville-Eagan-Savage District say they’re optimistic about the year ahead after a successful summer operating programs within the school buildings.

Project KIDS, the district's school-age childcare program, has been running for approximately 50 years.

Shar Lattery, a program coordinator of 27 years, said this summer went better than anyone imagined.

“Out of all of our summers this has probably been our healthiest summer," she said.

“We are 100% confident that we can run a safe program," Konopa said, adding her confidence extends to the district's hybrid learning models, too. “I have absolutely no apprehension with that at all.”

The childcare programs continue to be operated out of M.W. Savage Elementary and Sioux Trail Elementary; both schools that were marked closed this year because of declining enrollment.

Amid the pandemic, they've become an foreseen asset for programs needing additional space.

Before their first day, Viana said he remembers talking with his kids about how their summer is going to be different.

"Their feedback to us was, 'wow, this is really fun and it's so great to see our friends,'" Viana recalled.

Clever changes to make programming safe and fun made all the difference, he said.

Pool noodles were one of the summer's simple innovations.

"You'd see them going on walks with their pool noodle," she said. “That gave them the visual and then from there they just kind of got it.”

“They’re kids so they soak it up like a sponge,” she added.

Viana said his family's summer experiences give them confidence about heading back to William Byrne Elementary this fall.

“They learned at Project KIDS how to be safe,” he said. “They are really prepared for this year.”

District childcare providers say adjustments such as wearing masks and maintaining social distancing have gone remarkably well since they overhauled their programs on a moment's notice in March.

On March 9, state orders called on districts to offer free childcare to children of tier one essential workers.

This week marked the childcare program's first and only week off since services began operating on March 16, according to Tom Umhoefer, the district's community education director.

State orders allow some families to continue accessing childcare for free, but the district has also continued serving families in it's fee-based programming.

"These are two departments that kept this district running," Umhoefer said about the district’s childcare and food services operations.

Most meals were served curbside at schools, but meals were also transported by school busses to areas where residents face food-access barriers, such as lack of transportation.

"People’s situations have changed so much, whether or not they've lost income, lost a job or had more people in their household than they’re used to," Kronabetter said.

Students from Lakeville, Prior Lake and other communities often come to Burnsville and Savage to receive meals because their districts don't qualify to serve free summer meals, Kronabetter explained.

Moving into the fall, it’s uncertain exactly which set of federal food guidelines will apply to the district’s food services department, but Kronabetter said they’re planning for curbside meal access to continue.

“We’re just not really set up for a drive-through operation but that’s what we’ve become,” she said, adding they hope to find a way to protect food service workers and volunteers from winter weather when that day comes — even if it’s a fish house or shipping container.

“I’m afraid to have the ice on the sidewalks and the freezing temperatures this winter,” she said.

As district childcare prepares to reopen, providers say they’re hopeful for the year ahead.

“District administration and health services were so supportive and such a great help,” Jeanine Kristjanson, Project KIDS and Community Education coordinator, said.

Childcare also will continue to be available for infant, toddler and preschool aged children through the district’s Ready To Grow, Ready To Learn program.

Lyndsay Griffin, the program’s coordinator, said younger children also responded well to the program’s changes and protocols as staff members have come together around a shared goal.

“They have been committed to providing that safe, secure environment for kids and that sense of normalcy,” she said.

During the school year, childcare will be available for families looking for an in-school option on distance learning days. It’s also always available to families before and after school. 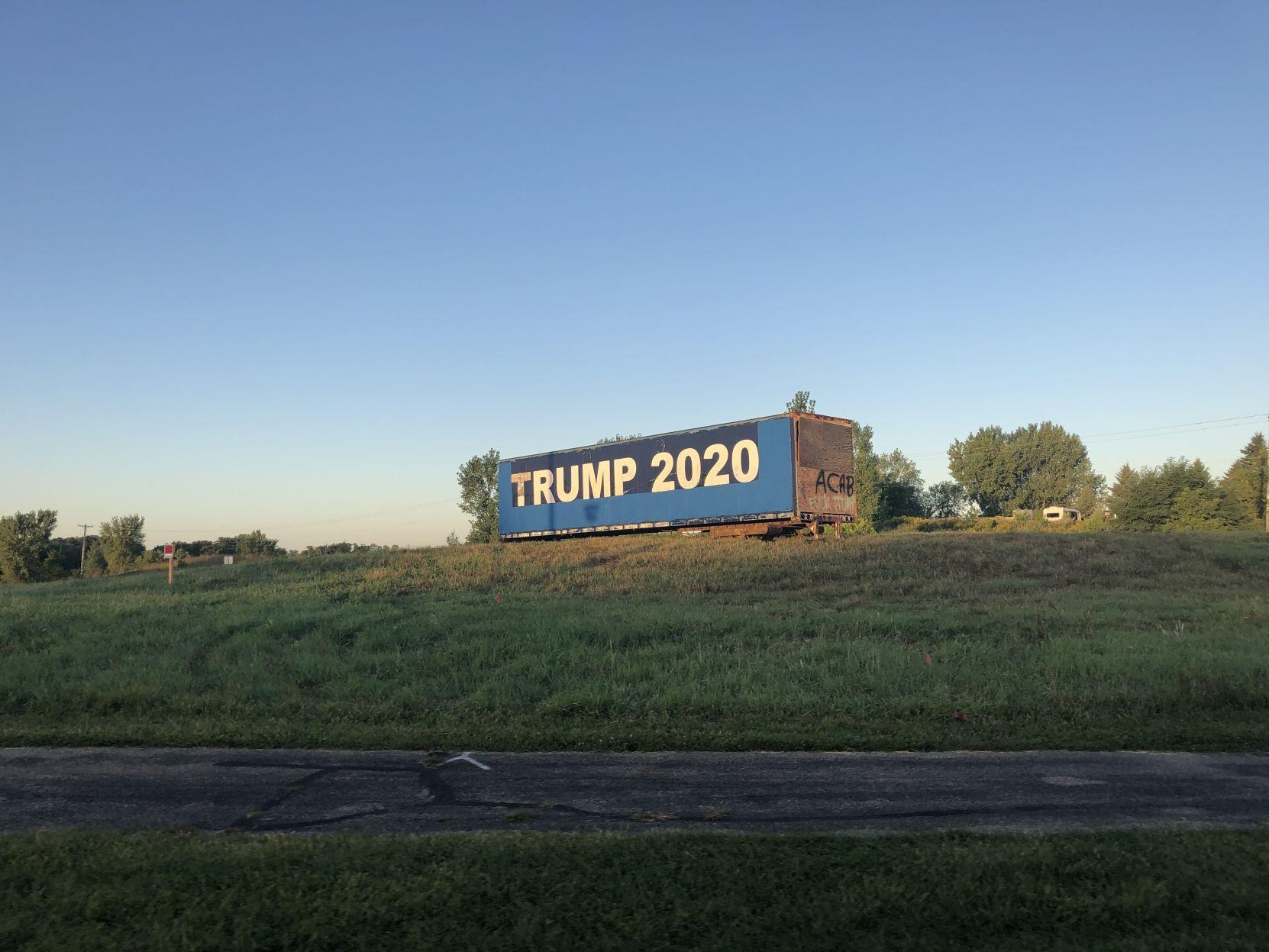 A semitrailer featuring a “Trump 2020” campaign sign on the southwest corner of 150th Street West and Dakota Avenue in Savage. The trailer violates city code, but the property owner had yet to comply with the city’s enforcement actions as of Wednesday, Sept. 2. 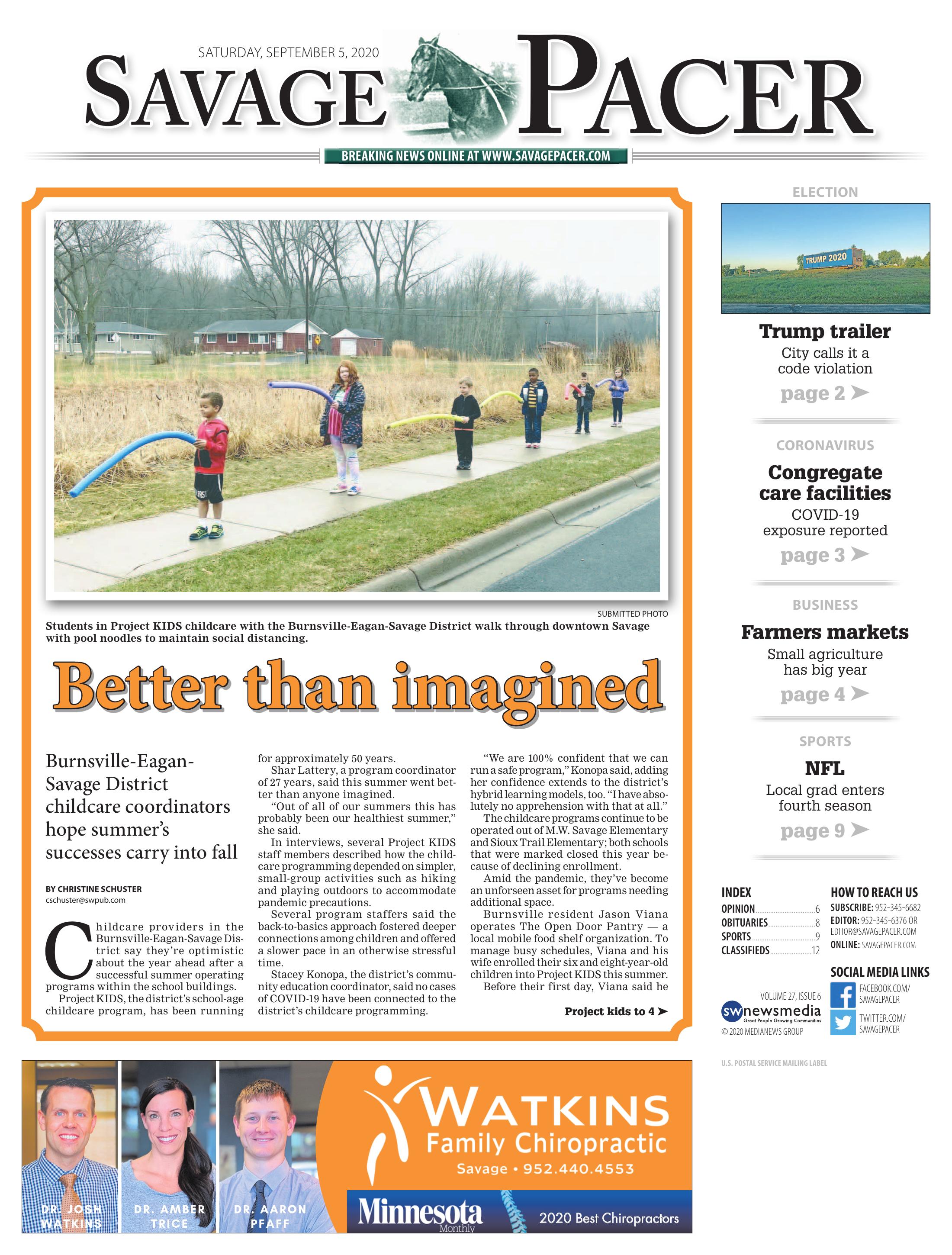