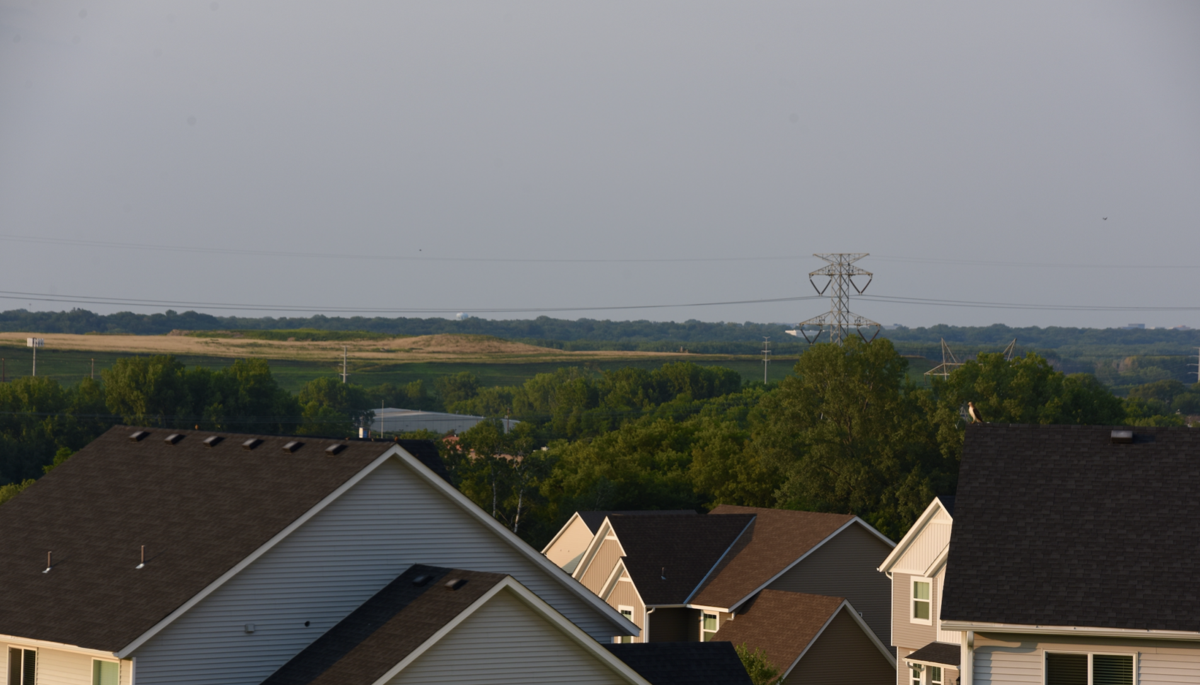 The Burnsville Sanitary Landfill marks the skyline beyond the homes in Savage’s Rose Bluff neighborhood. Waste Management is proposing a capacity expansion that could one day raise the landfill’s peak elevation by 262 feet. 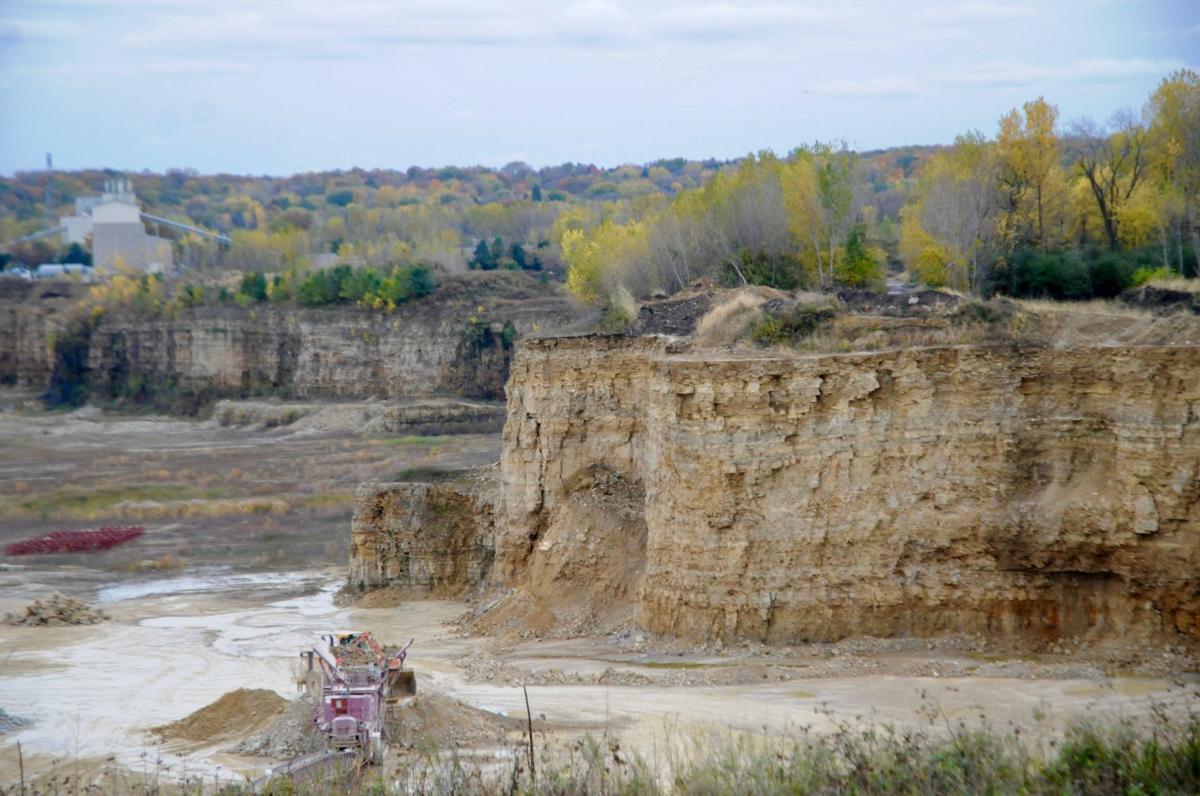 An enormous landfill expansion proposed in Burnsville drew new objections from city officials in Bloomington this month after the Minnesota Pollution Control Agency published a draft of the project’s environmental review.

The proposal to expand the Burnsville Sanitary Landfill’s municipal solid waste capacity by 23.6 million cubic yards is nearing the end of the state PCA’s environmental review process more than two years since the plans were introduced.

The PCA is accepting written comments on the project’s Draft Supplemental Environmental Impact Statement through July 31.

If approved, the landfill’s peak elevation would increase by 262 feet and the trash mound would stand taller than both the Hyland Hills Ski Area and Buck Hill.

The Burnsville Sanitary Landfill, owned by Waste Management, is currently expected to reach its permitted capacity sometime next year. The expansion is projected to add 40 years of operations.

Bloomington Mayor Tim Busse said the state’s draft environmental review hasn’t provided assurance on environmental concerns, such as the potential of water contamination and threats to the area’s ecosystem.

“If approved, the Burnsville Sanitary Landfill will become the dominant and defining visual feature of this portion of the Minnesota River Valley,” Busse said in a video message to residents this month.

An unlined portion of the Burnsville Sanitary Landfill is one key concern of Bloomington officials and others who oppose the project.

The landfill began its operations in 1962 before modern-day regulations required a synthetic liner be installed underneath the waste.

The Freeway Landfill and Dump, a short distance away, began operating without a liner during the same decade. Today, the state is studying ways to clean up the roughly 6 million cubic yards of waste on site.

The Freeway Landfill closed in 1990, but the Burnsville Sanitary Landfill kept pace with changing laws and modernized its site to continue accepting waste with the addition of liners and leachate collection systems.

However, the unlined portion of the landfill remains.

State environmental officials say the Kraemer Quarry, which borders both the Burnsville Sanitary Landfill and the Freeway Landfill, is buying time to figure out how to conduct a clean-up.

In order to mine the limestone, the quarry pumps out millions of gallons of groundwater each day. The pumping operation provides municipal water supply to Burnsville and Savage, but it also artificially suppresses the area’s water table.

In a letter this month, Bloomington officials requested the MPCA require the clean-up of all unlined waste at the Burnsville Sanitary Landfill in addition to the Freeway sites.

According to the draft environmental review, the waste associated with the proposed Burnsville Sanitary Landfill expansion may be placed on top of the unlined portion of the landfill, creating challenges if the unlined waste ever needed to be dug up.

However, the report found this to be an indirect impact of the expansion because the expansion itself wouldn’t cause changes to the groundwater level. Instead, that impact would be potentially caused by the quarry ceasing pumping operations.

During a meeting with MPCA officials this month, Bloomington Sustainability Commissioner Tim Sandry asked why the “absolutely worst option” of expanding a landfill in an environmentally-sensitive area is the only proposal being discussed.

“Help me understand the process that gets us to this, as opposed to looking at all the other options that could potentially buy us time to not go there to begin with?” Sandry said.

Kirk Koudelka, assistant commissioner of the state Pollution Control Agency, says the Twin Cities metro has a trash problem in need of a solution.

With the metro area landfills and incinerators operating at fully capacity, the MPCA last year began a “certificate of need” process to allow metro landfills to apply for additional capacity.

The state received four applications; three from landfills within Dakota County and one from a landfill in Scott County.

The two other applicants — Dem-Con Landfill in Shakopee and Rich Valley Landfill in Inver Grove Heights — both accept industrial waste and have applied to expand and begin accepting household waste.

Earlier this summer, the MPCA made preliminary recommendations to expand the four landfills for a combined total of 5.6 million tons of increased capacity.

It’s a short-term solution, according to Koudelka, who said the amount of metro garbage entering landfills increased dramatically in the past year.

The metro now generates around 3.3 million tons of waste annually.

The closure of the Great River Energy facility in Elk River is one of the factors driving the increase.

According to Koudelka, the metro saw a 30% increase in the volume of trash headed to landfills when the waste-to-energy facility ended operations in 2019.

“That’s about adding a whole landfill to the metro area as a result of that closing,” Koudelka said.

And landfilling, state environmental officials say, is a last-resort for dealing with the metro’s waste, but the area’s recycling rate currently sits around 43%.

Steve Sommer, a principal planner with the MPCA, said increased recycling rates could shrink the scope of landfill expansions needed in the Twin Cities and individual practices could alter the massive 40-year expansion proposed for Burnsville.

For example, if the state’s goal of a 75% recycling and reprocessing rate is achieved, the Burnsville Sanitary Landfill’s expansion volume could be reduced from 23.6 to 11.9 million cubic yards, according to Sommer.

The resulting landfill’s peak elevation would then be roughly 84% lower than what’s currently proposed.

The environmental review conducted by the MPCA evaluated what would happen if Burnsville Sanitary Landfill didn’t expand at all.

On the flip side, the city of Inver Grove Heights would gain around $13 million with more waste sent to Pine Bend Sanitary Landfill.

The state of Iowa would also see an economic benefit of roughly $5.4 million if Twin Cities metro waste went to the Central Disposal Landfill in Lake Mills, Iowa.

Public comments on the Draft Supplemental Environmental Impact Statement are due to the MPCA by 4:30 p.m. on Saturday, July 31.

As of July 21, the agency had received 16 comment letters.

Before wrapping up, the MPCA will once again seek public comment following the publication of a final environmental review document.

The path will be clear for Waste Management to seek necessary expansion permits once the final environmental review document is determined to be adequate by the MPCA.

In 2019, the Burnsville City Council voted unanimously to grant preliminary approval to the expansion’s concept plan in hopes the expansion will aid the clean-up of the Freeway sites. Although, no clean-up plan has yet been determined.

Permitting authorities for the landfill expansion will be the MPCA, the city of Burnsville, Dakota County, the U.S. Army Corps of Engineers and the Lower Minnesota River Watershed District.

The MPCA’s solid waste permits expire after 10 years and modifications may be made within a permit’s lifespan, according to Sommer.