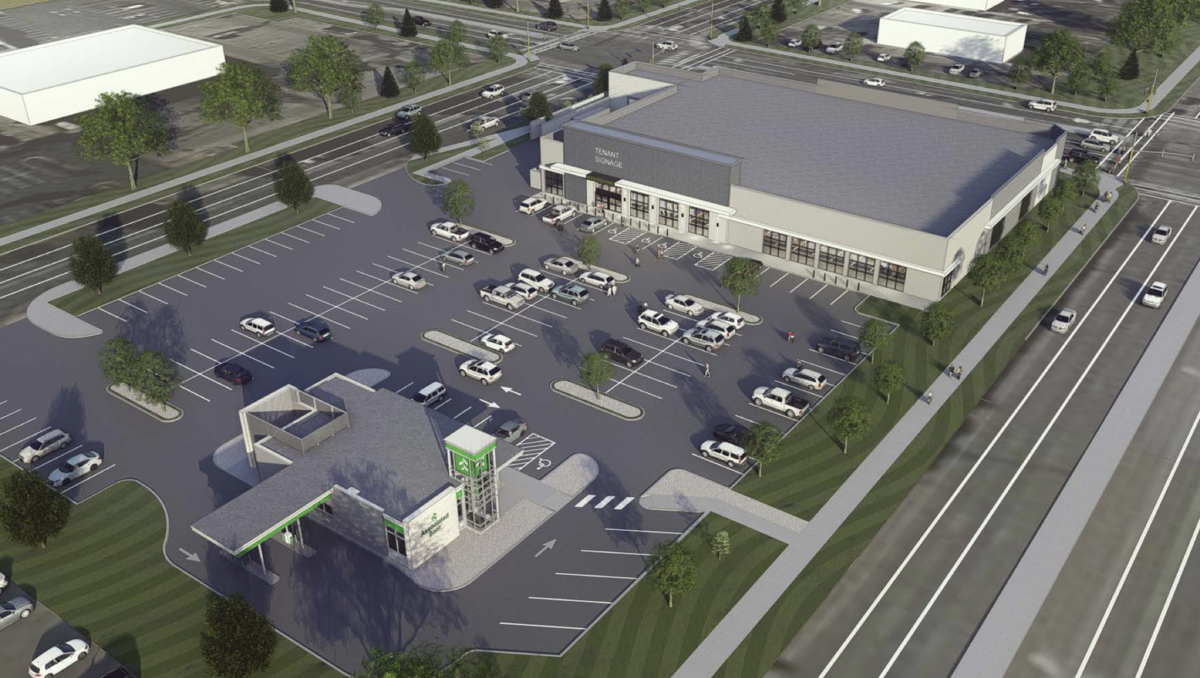 A rendering by Ryan Companies of a grocery store planned for the southwest corner of Yankee Doodle Road and Denmark Avenue in Eagan.

A roughly 40,000 square-foot grocery store is planned to overtake the TJmaxx & HomeGoods store in Burnsville.

A rendering by Ryan Companies of a grocery store planned for the southwest corner of Yankee Doodle Road and Denmark Avenue in Eagan.

A roughly 40,000 square-foot grocery store is planned to overtake the TJmaxx & HomeGoods store in Burnsville.

Plans for an unnamed grocery store were approved in Burnsville this month, and many believe Amazon is the secret-keeper.

The Burnsville City Council on Feb. 2 approved plans for a partial redevelopment of the Cobblestone Court shopping center, but city officials haven’t been told which grocery store will be constructed.

The plans call for a roughly 40,000 square-foot grocery store with an 8,000 square-foot adjoining tenant space to overtake the existing TJmaxx & HomeGoods store, which is relocating to a nearby location.

The name “Mendel” depicted on the project renderings sparked speculation from some city officials and media outlets that Amazon is behind the project.

Dozens of news report have tied the “Mendel” name to Amazon’s brick-and-mortar ventures, such as the Amazon Fresh stores in other states.

“There is a national grocer involved, however, we do not know who specifically that is,” Deb Garros, Burnsville’s planning manager, told planning commissioners last month.

The redevelopment on the eastern portion of the shopping center is expected to have a domino effect on the property — in other words, the sign belonging to Minnesota’s last remaining Old Country Buffet, now closed, won’t be there much longer.

Some planning commissioners raised concerns about traffic and pedestrian safety, but the plans were ultimately approved unanimously by both the commission and council.