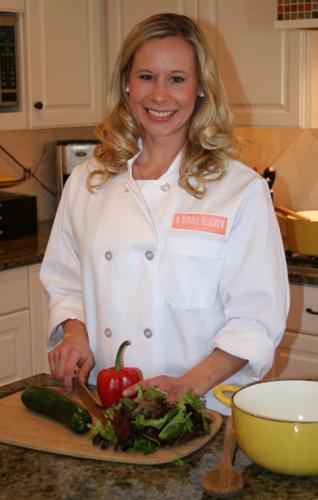 Sarah Lang in the kitchen. 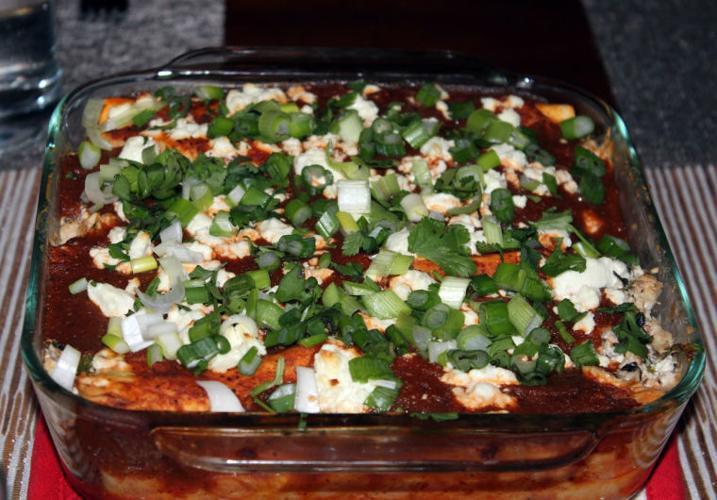 Sarah Lang in the kitchen.

Savage resident Sarah Lang was a successful young executive who had a great job working customer relations for the Minnesota Wild. But as happy as she was, Lang knew she wasn’t pursuing her true passion: food.

Lang, a Wisconsin native, spent her final year in college studying in Florence, Italy, and suffice to say, she fell in love with the country’s cuisine.

“That’s really what piqued my interest in cooking,” said Lang.

After college, Lang worked for the New Orleans Hornets (now Pelicans) basketball franchise, and she also became enamored with Cajun and gulf coast cooking. She later moved to Minnesota to work for the Wild, but Lang couldn’t help but feel like she was being called to a career in food.

“My world was starting to revolve around food,” explained Lang. “I’m working these full-time executive jobs, but I’m not really doing what I love to do, which is cook.”

So Lang started to teach herself how to cook, and soon began working part-time with a personal chef named Beth Wright, who ran a business called Beth and the Biscuit.

“She took me under her wing and taught me the personal chef business,” said Lang. “It was like an instant ‘click’ for me. This is exactly what I’m supposed to be doing.”

Then, late last year, Lang decided to branch out on her own. She left her job of four years with the Minnesota Wild in December, and on Jan. 1, she started A Simple Kitchen, her personal chef business.

A Simple Kitchen’s business model is three-pronged: Lang offers an ongoing personal chef service that provides food for several weeks at a time, she offers cooking classes for individuals and groups, and she cooks for special events.

For the traditional personal chef service, Lang will meet with a client at their home and develop a menu based on their preferences.

“For example, one client is in Minnetonka, and they are high-protein, gluten-free, healthy, organic eaters,” said Lang. “I create a menu based on their parameters.”

Once a menu is established, Lang does the grocery shopping, then brings the food to a client’s home and starts cooking. She typically goes to a client’s house on a weekly or monthly basis, meaning that the creates several meals with multiple dishes so the client has enough to eat throughout the week or month. Lang also does all of the cooking-related cleaning, brings all of her own cooking equipment, and she packages and labels the food with re-heating instructions.

“All that they have to do is provide room in the refrigerator, a working oven and counter space,” said Lang. “They won’t even know that I was there, except their kitchen’s clean, their fridge is full and it smells good.”

Lang’s passion may have started with Italian cuisine, but she’s developed a wide-ranging menu from Indian to Mexican to American comfort foods.

“Thankfully, I’ve had enough experience now kind of ‘cooking around the globe’ that I can tailor the menu to what they’re interested in,” Lang said, adding that she takes specific requests. “I love that; it’s a challenge for me. But honestly, most of the people that hire me, they don’t really have time to develop their own menu.”

A Simple Kitchen has only been in business for a few months, but Lang already has an impressive clientele. She said that relationships she built during her time with the Wild have helped, as season ticket holders that she worked with were some of her earliest clients. She was also hired by the Wild to help host a cooking class for premium season ticket holders.

“I received a ton of support from the Wild community, and I have to thank the Wild for giving so much support to a local business,” said Lang.

Lang said the cooking classes are great for students heading off to college, couples with little cooking experience and busy parents. The classes are also fun for small girls- or guys-night-in parties.

One of the biggest misconceptions about personal chefs, Lang said, is that only the wealthiest of people can afford them.

“People think personal chefs are only for celebrities or athletes, but they’re not,” said Lang. “The people I work for are not kings and queens. They’re just normal, hard-working people who want to eat well, but don’t have the time for all the planning, shopping, cooking and cleaning. It doesn’t necessarily end up costing a fortune, they’re just streamlining the process. I work for all kinds of individuals and families to make sure that they’re eating healthfully, deliciously and easily.”

Sarah Lang recommends this delicious and unusual Mexican dish that can be made ahead of time and freezes well. If you prefer not to make the sauce from scratch, Lang recommends substituting a good quality store-bought enchilada sauce.

Served with guacamole and salsa, this is one of Lang's most requested recipes. (Serves 4)

1. Preheat the oven to 350 degrees. Put the chiles, fire-roasted tomatoes, plum tomatoes, garlic, water, pepper, cumin, oregano, and salt in a 2 qt. saucepan over medium-high heat. Bring to a boil, then reduce to a simmer and cook, uncovered, for 30 minutes. Puree the sauce with an immersion blender or in a food processor or blender. Spread 1/2 cup of the sauce in a casserole dish.

2. Crumble enough goat cheese to make 1 cup, reserving the rest of the cheese. Place in a small bowl and add the chicken, onion and olives. Dip each tortilla in the sauce to coat both sides. Spoon some of the goat cheese filling on the lower third of a tortilla, roll up and place in the dish. Repeat with remaining tortillas, lining the folded enchiladas up side by side in the dish. Pour the remaining sauce over the enchiladas, and crumble the remaining goat cheese on top.

3. Bake for 20-30 minutes, until the cheese is melted and the enchiladas are heated through. Garnish with the green onions and cilantro. Serve immediately.