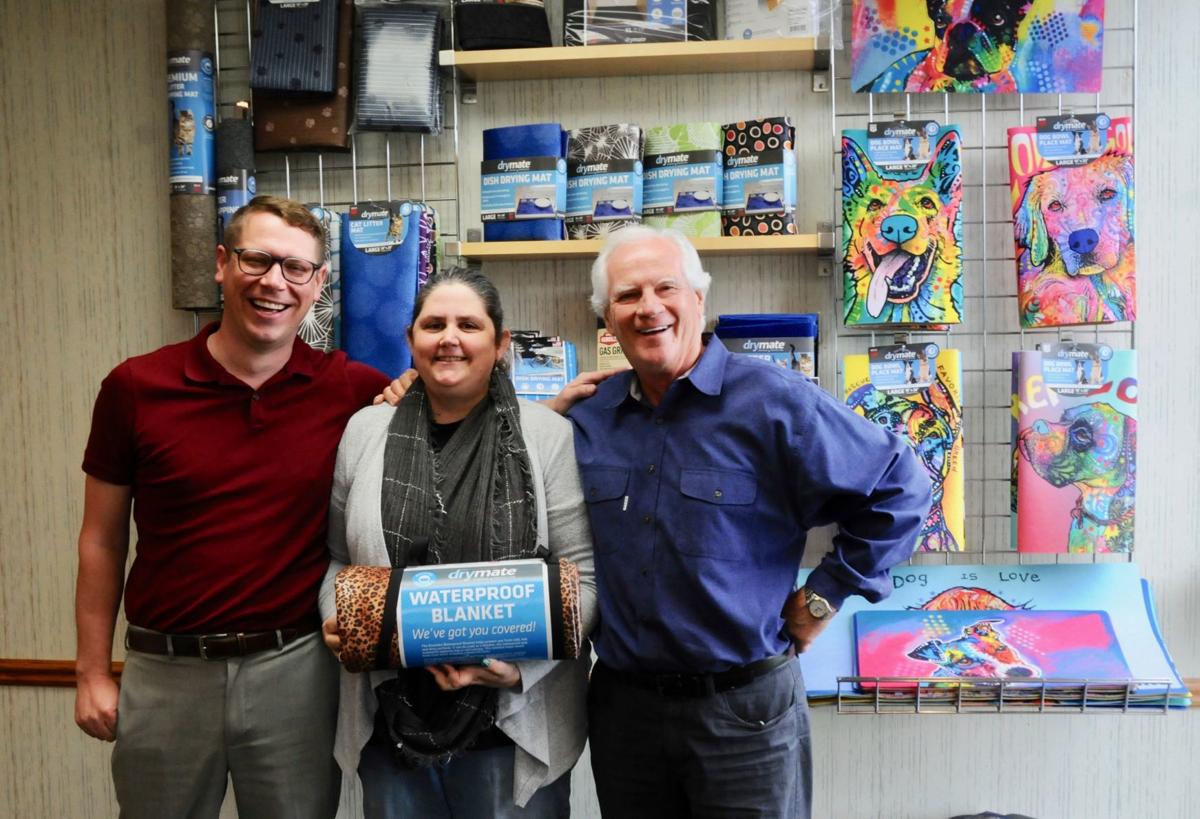 Nicholas Sovell, Valerie Urich and Nick Sovell of RPM Drymate in Savage. Urich is holding their waterproof blanket, which they donate to people experiencing homelessness through a partnership with Loaves and Fishes Minnesota. 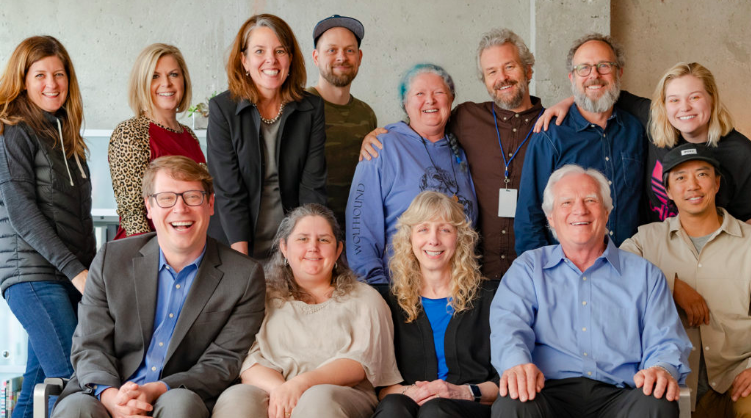 Nicholas Sovell, Valerie Urich and Nick Sovell of RPM Drymate in Savage. Urich is holding their waterproof blanket, which they donate to people experiencing homelessness through a partnership with Loaves and Fishes Minnesota.

Valerie Urich, a 22-year employee of RPM Drymate, wears many hats for the Savage-based manufacturing company. That’s why she boarded a plane to California without hesitation when she heard about an opportunity to meet one-on-one with Walmart last month.

RPM Drymate makes custom waterproof mats, including mats for under the kitchen sink and under pet food bowls, and automotive mats and liners under the Armor All brand. The company also makes and donates hundreds of waterproof blankets to people experiencing homelessness through a partnership with Minneapolis-based Loaves and Fishes. It’s preparing to donate nearly 400 blankets this summer.

“We want to make other people’s lives better,” Urich told the Walmart representative during their meeting.

Urich was in for a surprise. With a little Hollywood magic, Walmart had secretly staged Urich’s meeting to highlight the Savage company in a one-minute, standalone Walmart commercial recognizing the company’s success and donations.

The new ad campaign highlights Walmart suppliers who give back to their communities and the retailer’s $250 billion investment into products that support American jobs. The commercial is currently airing on networks such as NBC and FOX.

Walmart is the world’s second-largest retailer and its largest employer, according to Forbes and USA Today.

Drymate CEO Nick Sovell and Executive Vice President Nicholas Sovell, a father-son duo, were in on the hidden camera operation and flew to California with Urich.

On set, they were surrounded by office desks and actors pretending to be workers. They even had to sign into the fake Walmart offices, Nicholas Sovell said. During Urich’s meeting, the Sovells sat in a control room with the ad’s director, who was speaking to the actress meeting with Urich through a hidden earpiece.

In the ad, Cathy Maes, Loaves and Fishes’ Minnesota’s executive director, steps into the room during Urich’s hidden camera meeting to thank her for the impact Drymate’s blankets have made on the Twin Cities community.

“You save lives,” she says.

The moment ends with Urich sharing wisdom from her father.

“My dad always said to me make today a great day,” she says. “Today has been a great day.”

For Urich, being in California was a deeply emotional experience to begin with, she said.

She grew up in San Jose and hadn’t been back to the state since she moved in 1991. Both of her parents have died, and she marked the anniversary of her mother’s death just a few days before the Walmart visit.

Afterward, she and the Sovells took an Uber to the Santa Monica Pier. The others were too cold, but Ulrich went straight into the water.

Drymate is celebrating 20 years of operation in Savage and 15 years selling products to Walmart this year.

“Who thought selling mats would be so much fun?” Nicholas Sovell said. “It’s just a mat, and it’s grown into this, and it’s just amazing.”

Many of the company’s 19 employees in the Savage office along Highway 13 are related; Urich’s husband works in distribution and her son works in manufacturing, for example.

Everybody shares in every aspect of the business, she said.

“I think everybody in the company takes pride when we think, wow, we came up with a product idea, and now it’s in Walmart stores,” Nicholas Sovell said.

Walmart’s open-call events for entrepreneurs led to much of Drymate’s success since the Sovells started attending in 2014, they said. Drymate’s product deals with Walmart have increased by 10 times since Walmart began it’s initiative to invest more heavily in American products.

They currently sell eight different product types to Walmart, and a new product will hit the shelves this fall. In 2018, the company sold around 500,000 mats to the retailer.

“They really can change your company, and they’re terrific to work with,” Nick Sovell said.

Imports are Drymate’s biggest competitor, but Nicholas Sovell said their process of adhering the mat’s backing to the mat’s surface is their “secret sauce” that foreign competitors haven’t replicated.

In addition to the blankets, the company also teams up with local animal rescues, such as Windmill Animal Rescue in Elko New Market, to donate pet bowl mats.

Maes said many of the clients they serve through meal services are experiencing homelessness.

ProAct, Inc., an organization providing services and customized employment to people with disabilities, cuts and packages the blankets in Red Wing with leftover Drymate fabrics. The blankets can absorb five times their weight in water and will keep individuals dry in the rain or while sleeping on wet grass or snow, Nick Sovell said.

Nicholas Sovell said it’s a way to give back to the community by doing what they do best. And Drymate’s blankets come in a variety of colors, which Maes said is important because people experiencing homelessness often need to take what they are given rather than being able to make a choice.

“People who receive the blankets get to actually make a choice and get something that’s brand new,” she said. “It’s something fresh and clean, and that dignity is so important.”

When: During America's Got Talent on July 2 and during The Tonight Show on July 4.