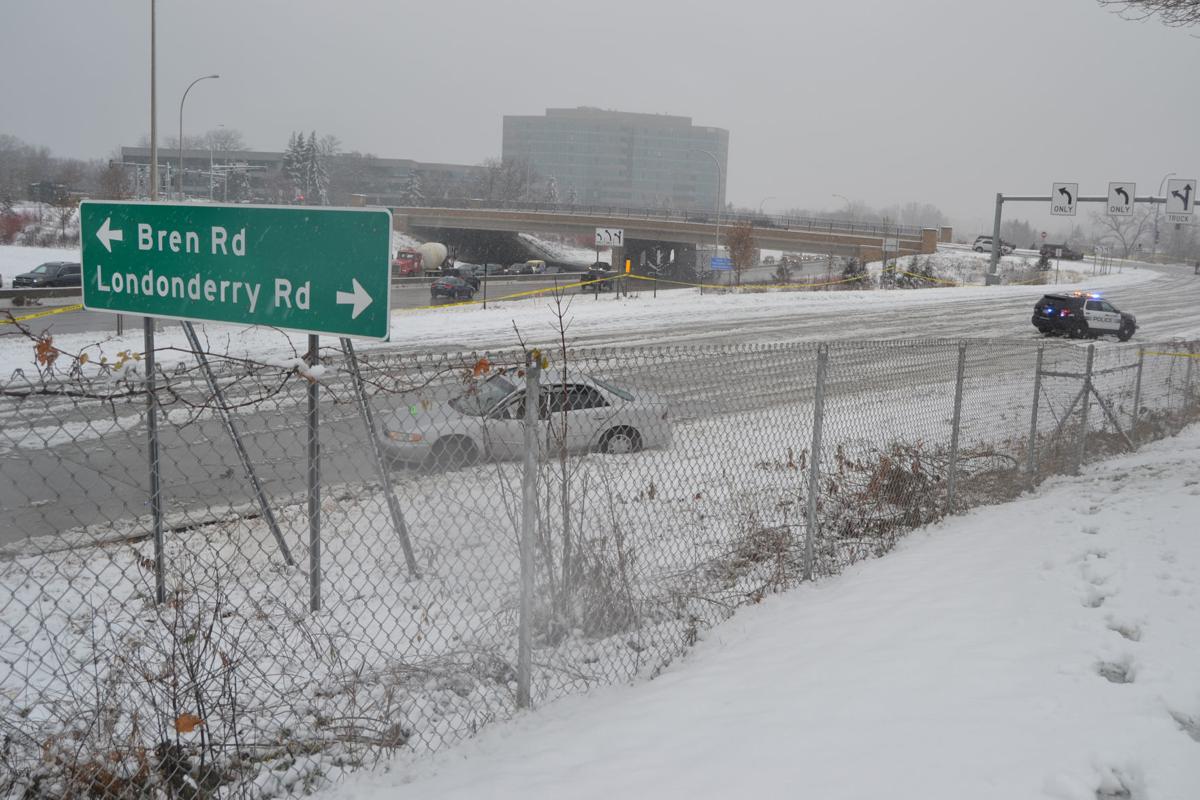 Law enforcement agencies investigate the scene of an officer-involved shooting near U.S. Highway 169 and Bren Road in Edina on Nov. 23, 2016. 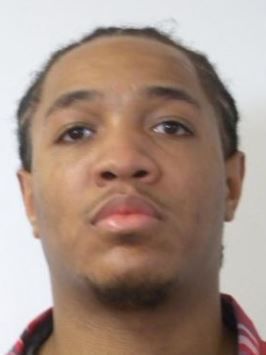 SHAKOPEE — A man who fired his gun at Eden Prairie police officers in Edina in November 2016 and ultimately was apprehended by them is on trial for murder across the Minnesota River in Scott County District Court.

On Tuesday, April 17, the defense for Derrick Zechariah Smith, a man charged in the murder of a Shakopee Mdewakanton Sioux Community member, said the 30-year-old was motivated by fear to take part in the November 2016 murder of James Herron on tribal land.

“This case is about fear,” Smith’s attorney Frederick Goetz said during the first day of Smith’s bench trial. “A fear so intense, so immediate and a fear so severe that it caused this man to participate in a crime that he otherwise would never have been a part of. … Tyrel Patterson is the only one with blood on his hands.”

Just before lunch on Tuesday afternoon, Scott County Judge Christian Wilton heard sworn testimonies from Prior Lake community service officer and evidence technician Alexa Nettell and from former Prior Lake police officer Nicholas Elenz, as well as the audio recordings of four 911 calls made Nov. 23, 2016, the day of Herron’s death.

One of the calls was made by Herron’s sister, Raenell Crooks-Herron.

“I’m freaking out, though,” Crooks-Herron said on the call. “That’s my only family member alive left.”

Elenz said he was the officer who stayed at Herron’s house and administered initial first aid. He said he could hear someone “gargling” in the living room and found Herron seated with his back against the couch.

“I believed him to be alive,” Elenz said. “He was breathing, but he was not responsive to my voice or to touch or to any stimulus. He had a wound on his wrist and hand area and a lot of blood coming down through his hair.”

Elenz said he tried to stop the bleeding and locate the other wound, which he initially believed to be in Herron’s chest. Once other emergency responders arrived, they cut the shirt and jeans off of Herron and located the other wound at the back of his head.

Following the lunch recess, the judge heard a testimony from Prior Lake police officer Christopher Schaefer, who pursued the suspect’s vehicle as it fled from Herron’s home. Schaefer said as he followed the car with the suspects, he was joined by police from the Shakopee, Bloomington and Eden Prairie departments. An audio recording of police communications from that night was played.

Herron’s sister, Crooks-Herron, testified that she had heard her brother was shot from his friend Semone Watson who ran out into the street screaming. Crooks-Herron lived only a few doors down the street from her brother. His sister then called 911.

Crooks-Herron said Watson told her Herron had been shot in the wrist and the knee but she didn’t know her brother was shot in the head until she went to the emergency room.

Several more officers who had been involved the chase and apprehension of the suspects that night also testified, confirming the timeline of events.

A waiver of jury trial in Smith’s case was submitted on March 20. While a jury trial is a constitutional right, it can be waived in favor of a bench trial, where a judge makes a finding as opposed to a jury rendering a verdict.

Jaques and Patterson also face charges in the death of Ambers. Patterson was charged with first-degree murder charges in the case and Jaques has pleaded guilty to charges of aiding an offender.

According to criminal complaints, on the day Herron was killed, police said they read Smith his Miranda rights and said he did not want to give a statement but as officers were leaving, Smith allegedly said “I haven’t got the heart to kill nobody,” without being questioned.

According to the court documents:

Two Prior Lake police officers responded to a call about a shooting at Herron’s home in the 2100 block of Sioux Trail, which is on tribal land. Officers arrived within one minute as they were at an alarm call within a block of the residence. Officers saw a silver Buick quickly leaving the scene. One officer followed the vehicle, and the other went into Herron’s home.

The Buick headed north on Scott County Road 83 where a Shakopee police officer joined the pursuit. The car got onto U.S. Highway 169 north and headed into Bloomington and then Edina before police forced the vehicle off the road. Three suspects exited the vehicle and ran east, jumping a fence and continuing running. Jaques and Patterson were caught and taken into custody.

Eden Prairie officers continued to pursue Smith on foot. Smith allegedly fired a weapon at the officers and the officers returned fire, striking Smith, who was then taken to a hospital for treatment. Smith was charged with first-degree aggravated assault in Hennepin County District Court for allegedly shooting at the officer.

At Herron’s home in Prior Lake, police found Herron lying unresponsive on his living room floor with gunshot wounds to the arm, leg and head. Herron was taken by ambulance to St. Francis Regional Medical Center, where he died at 3:17 a.m. Nov. 23, 2016 from multiple gunshot wounds.

Police were told by witnesses and suspects that two black men and a white woman came into the home through an upper-level sliding glass door before putting several people in the house into the living room.

A search of Herron’s home revealed a .22-caliber cartridge case on the floor in the living room, near a large amount of blood. Around 7:30 a.m., police found two people hiding in Herron’s basement.

A Hennepin County detective reported finding three guns at the scene of the Edina shooting with police, one of those being a .22-caliber pistol.

When police asked Robinson if he saw who had shot Herron, at first he said it was Smith but then said it might have been Patterson. Robinson said he saw Patterson and Smith take a second gun from a person in the garage.