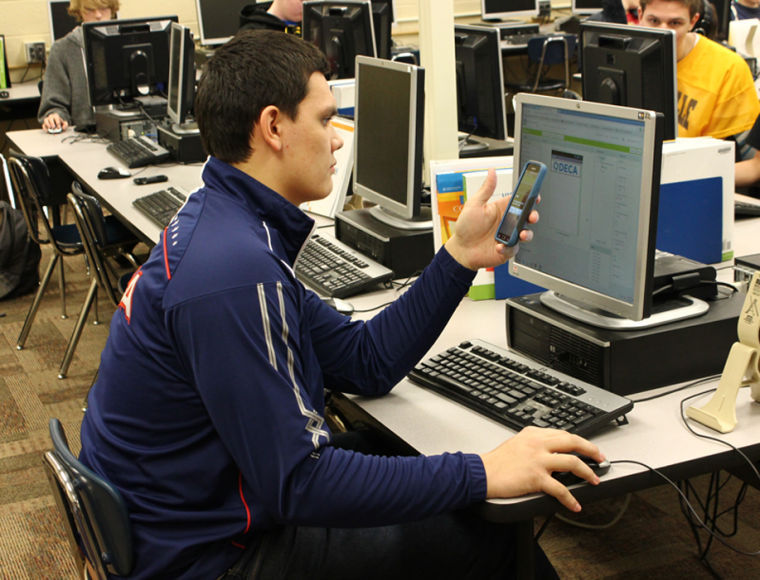 Tahi Dixon attempts to solve a problem while coding and developing his app in the mobile CSP class. 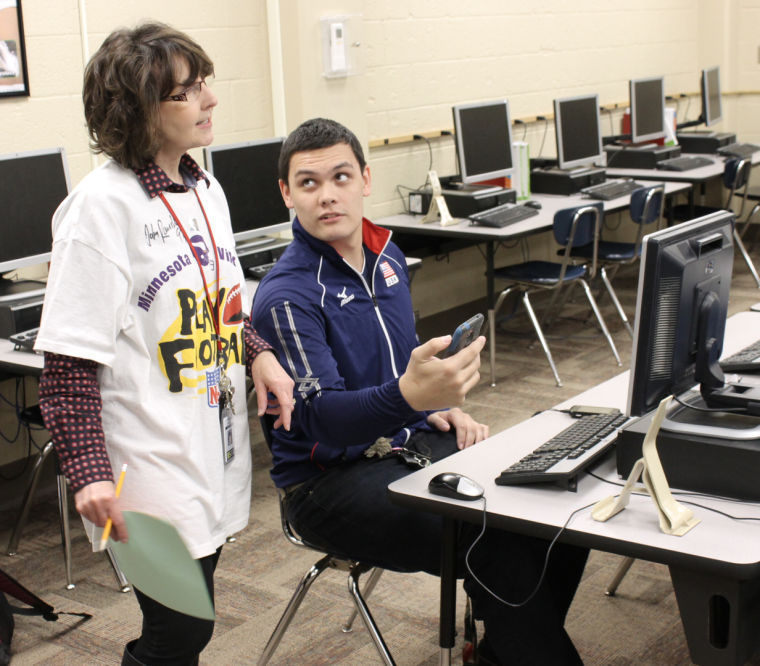 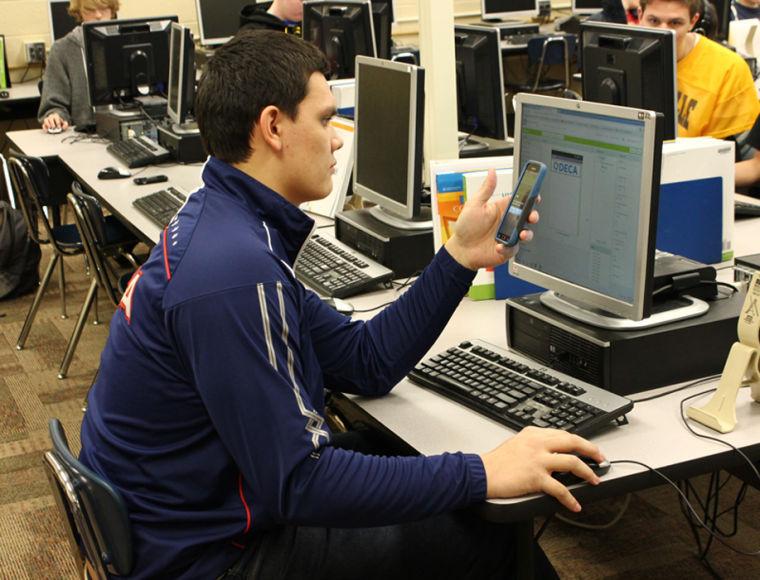 BHS senior Tahi Dixon attempts to solve a problem while coding and developing his app in his mobile coding computer science principles class.

Tahi Dixon attempts to solve a problem while coding and developing his app in the mobile CSP class.

BHS senior Tahi Dixon attempts to solve a problem while coding and developing his app in his mobile coding computer science principles class.

Today the mobile phone is a staple in every day society.

Nearly anything can be accomplished on your phone — from navigating across the country to checking your bank account and stock quotes.

Burnsville High School business and programming instructor Cindy Drahos wants to make programming these mobile applications (or "apps") as common knowledge as how to work the devices themselves.

A little over a year ago, Drahos first heard that a group of professors had received a grant from the National Science Foundation to take a look at promoting and designing a mobile computer science principles class. She became curious.

The University of San Francisco, Holy Trinity and the Massachusetts Institute of Technology began to write an official curriculum.

When she then heard that the Advanced Placement (AP) College Board was looking to add another computer science class, she dived in. Drahos took 150 hours of classes online to further increase her knowledge of mobile app coding in an effort to unveil a new "mobile coding computer science principles (CSP)" class this school year.

"Just about 90 percent of students here have a mobile device. Why not teach them coding with it? The mobile phone is my focus; they use it, why not program it?" said Drahos, a veteran of eight years at BHS who also teaches business law, keyboarding, intro and advanced programming and AP computer programming on top of her new mobile CSP class.

The class will focus specifically on coding apps for mobile devices, from inception of idea, to adaptation and implementation — the result being a fully-functioning app usable for any Android phone.

Throughout the class students create a portfolio — including a website — while using a program called App Inventor to create the app for a mobile phone.

"They have to learn to be creative when they're working with apps. They have to come up with an idea that maybe somebody else has, but that they want to improve upon," Drahos said. "They have to make it worthy of solving a problem in society. We go through step-by-step procedures of how to solve the problem. We're trying to get them to understand the entire process.

"We program with the Internet, and within it we talk about cyber security — which is huge. We get into the security of these mobiles apps, and their global impact."

The curriculum begins with basic coding terminology and concepts, creating basic projects such as an app where a picture of a kitty on their phone will meow back when touched.

By its end, the students are developing their own apps.

"From unit one to two, it's so exciting to see them build on their knowledge," Drahos said. "That first leap is basic but so exciting."

What creations have come so far?

"A lot of shopping," Drahos laughed. "The kids like to go shopping."

In Minnesota, Duluth East High School is the only other high school currently offering the curriculum to students.

The first semester the class was offered saw 20 BHS students enroll. Now in its second semester, only six students remain (largely due to the rest already being scheduled for other courses). With its addition to the 2015 school registration guide as a single-credit elective, students will now be free to enroll in the class in the future — an opportunity Drahos hopes many take advantage of.

"I asked some of my AP programming class if they would test this class out to give us some feedback so I could send it back to the AP board," Drahos said of the inaugural semester. "This is a brand new class. This is an experiment. I hope it will really be a hit next year."

For the moment, the class is a non-AP course. Students taking it will not be able receive college credit, but that is something Drahos is hoping to change in the future.

"I have spoken with Normandale Community College about possible post-secondary credit for students through this curriculum, and we are hoping to get other universities involved as well," Drahos said.

As of yet, though, no specific partnerships could be confirmed.

Not just for 'geeks'

Computer programming and coding has long held a futuristic connotation to science fiction; deemed only possible by the ultra-intelligent, and only interesting to the super-nerdy.

Drahos wants to make the principles in her class easy to understand, and thus applicable and useful to every student she encounters.

"[There will be] 1.4 million computing jobs by 2020; a million more jobs than students by the same year," Drahos said. "We have to get students geared toward the frame of mind that coding is not just for the geeks — it's for all of us."

She also wants to make sure that the benefit is clearly visible and broadly applicable.

"In everything we do, we all need to think computationally. It's a daily part of our life."

When asked about his pioneering experience in a class still adapting to a new curriculum, senior Tahi Dixon said, "The majority of the classwork that I have been doing has been geared more towards learning about program infrastructure and trying to structure the program properly so it actually works on every single device that we put it out for."

He agrees with Drahos' sentiment that the lessons being learned will benefit him beyond the classroom.

"The skills in this class learned really are applicable to all real life situations," said Dixon, a Savage resident. "With complex problem-solving techniques that you learn from coding, you can actually go through life without a lot of the problems that people normally have."

"It's challenging, but not too difficult," Schatz said. "I've learned a lot."