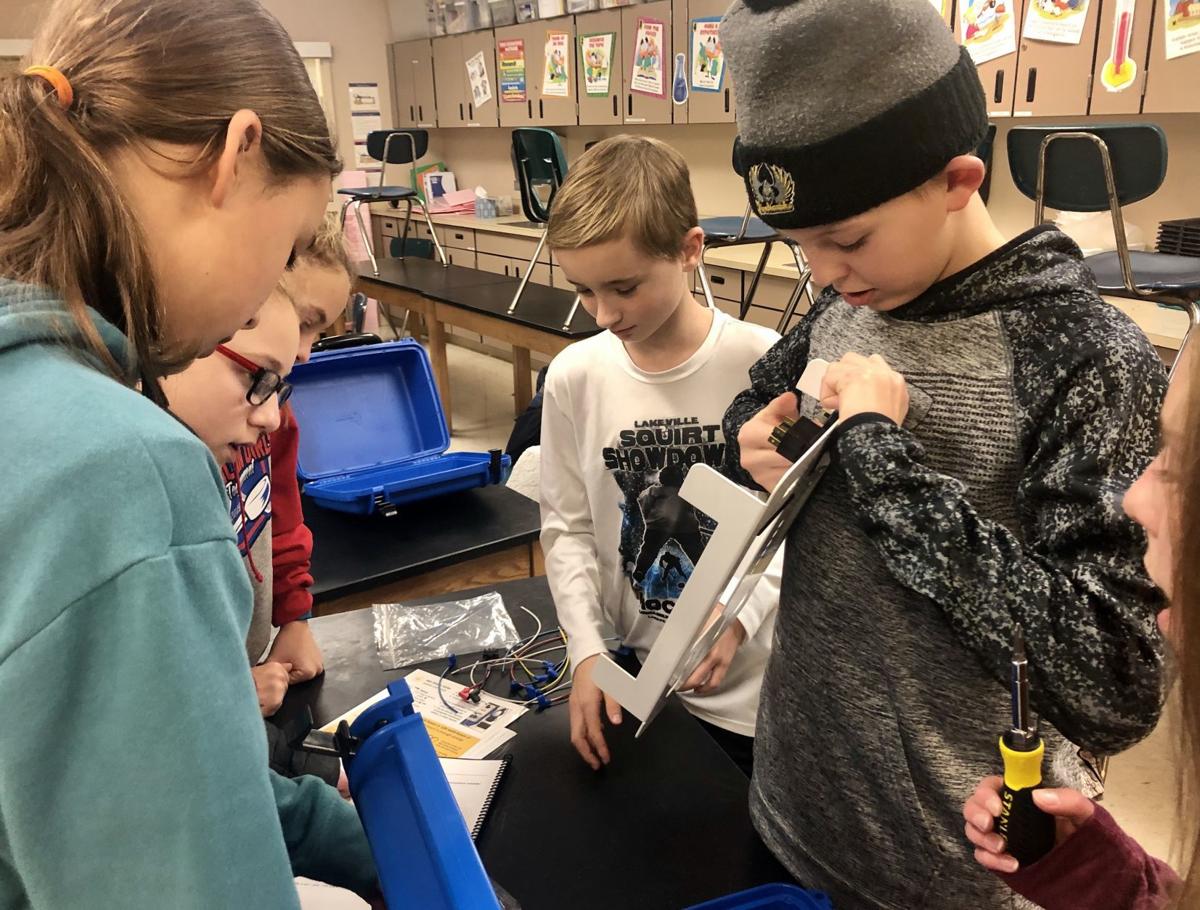 Eagle Ridge Middle School students in service club assembled We Share Solar Suitcases after school on Nov. 18. The solar energy kits will be sent to a refugee camp in Kenya, and additional kits will be used to enhance classroom teachings about sustainable energy. 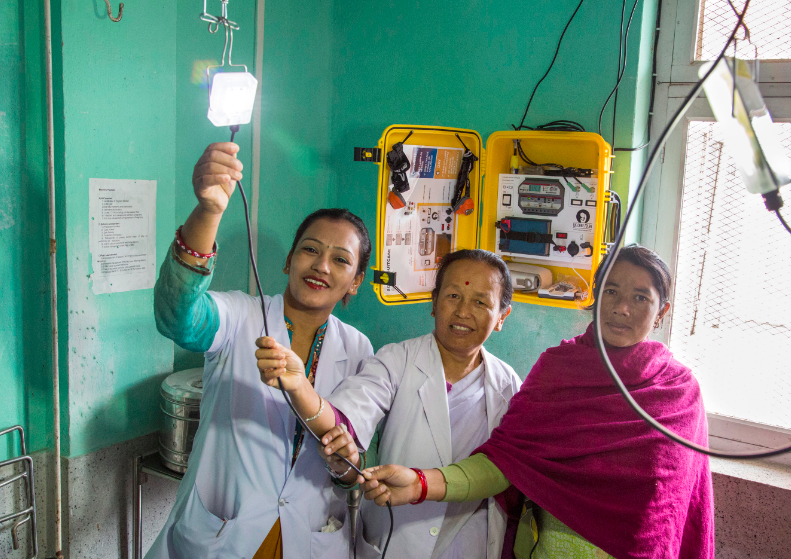 Midwives in Nepal with the We Share Solar Suitcase solar energy kit. The kits have been distributed to over 4,000 health centers around the world to reduce maternal mortality rates associated with labor after sundown in regions without reliable electricity.

Eagle Ridge Middle School students in service club assembled We Share Solar Suitcases after school on Nov. 18. The solar energy kits will be sent to a refugee camp in Kenya, and additional kits will be used to enhance classroom teachings about sustainable energy.

Midwives in Nepal with the We Share Solar Suitcase solar energy kit. The kits have been distributed to over 4,000 health centers around the world to reduce maternal mortality rates associated with labor after sundown in regions without reliable electricity.

Suitcases packed by Eagle Ridge Middle School students this week look ordinary, but what’s inside could change lives as soon as they arrive at the Kakuma refugee camp in Kenya.

Compact solar energy kits assembled by the middle school’s service club this week will bring light to schools where children can’t read or study after sundown because they lack electricity.

“I learned more about what happens around the world outside America,” student Ilhan Mohamud said. “I’m glad to think (the kits) can possibly save someone’s life.”

Students signed their names inside the suitcases after finishing the assembly. They’ll also include handwritten letters sharing bits of their life in Savage with kids on the other side of the world.

We Care Solar, the nonprofit behind the kits, began with a primary goal of significantly reducing high maternal mortality rates in health centers without power.

Co-founder Laura Stachel said she witnessed how deadly darkness can be for woman during childbirth when she studied hospitals in Northern Nigeria in 2008.

Without reliable electricity, emergency surgeries are often postponed until morning or performed by health workers with only candlelight or a kerosene lantern to light the operating room.

Stachel and her husband, Hal Aronson, founded We Care Solar to lower maternal mortality rates by bringing light into hospitals in energy-deprived regions around the world.

They developed a portable solar energy system to bring sustainable energy to health centers. The kits include medical lights and power for charging cell phones and other electronic devices related to obstetric care.

To date, the suitcases have been brought to over 4,100 health centers around the globe.

Maternal mortality rates declined 70% at one health center after the kits were delivered, Stachel shared in a TEDx Talk in 2017.

Sitting in a classroom after school on Monday, sixth-grade science teacher Pat Mosey asked service club students to imagine being born in a refugee camp house smaller than their classroom and living there with a dozen other people.

“They don’t have a choice — this is all they get,” she told students. “You have a lot of freedoms.”

Mosey secured the opportunity to Eagle Ridge to be among schools chosen for the We Share Solar educational opportunities. The program, supported by a donation from Wells Fargo, trains educators to teach students how to assemble the kits.

Mosey hopes to one day visit the refugee camp where her student’s kits will go; she’s run a marathon in all 50 states and will be traveling to Africa as she tackles the continents next.

She said bringing this project to her students felt especially important because there are refugees in her own classrooms at the middle school and in earlier grades at Hidden Valley Elementary School.

More than 32,000 refugees have been sent to Minnesota since 2005, according to the Minnesota Department of Human Services, not counting those who were resettled in another state but moved to Minnesota afterward to rejoin their families others from their countries. More than half came from Somalia, which neighbors Kenya, or other African countries.

Refugees fleeing violence and persecution typically gather in camps to await interviews and other screening for placement in another country. The process can take years and has dramatically slowed under President Donald Trump, who has said the program is a security risk and that other countries should help more.

Kakuma began in 1992, according to the United Nations. The camp and a nearby settlement house almost 200,000 people.