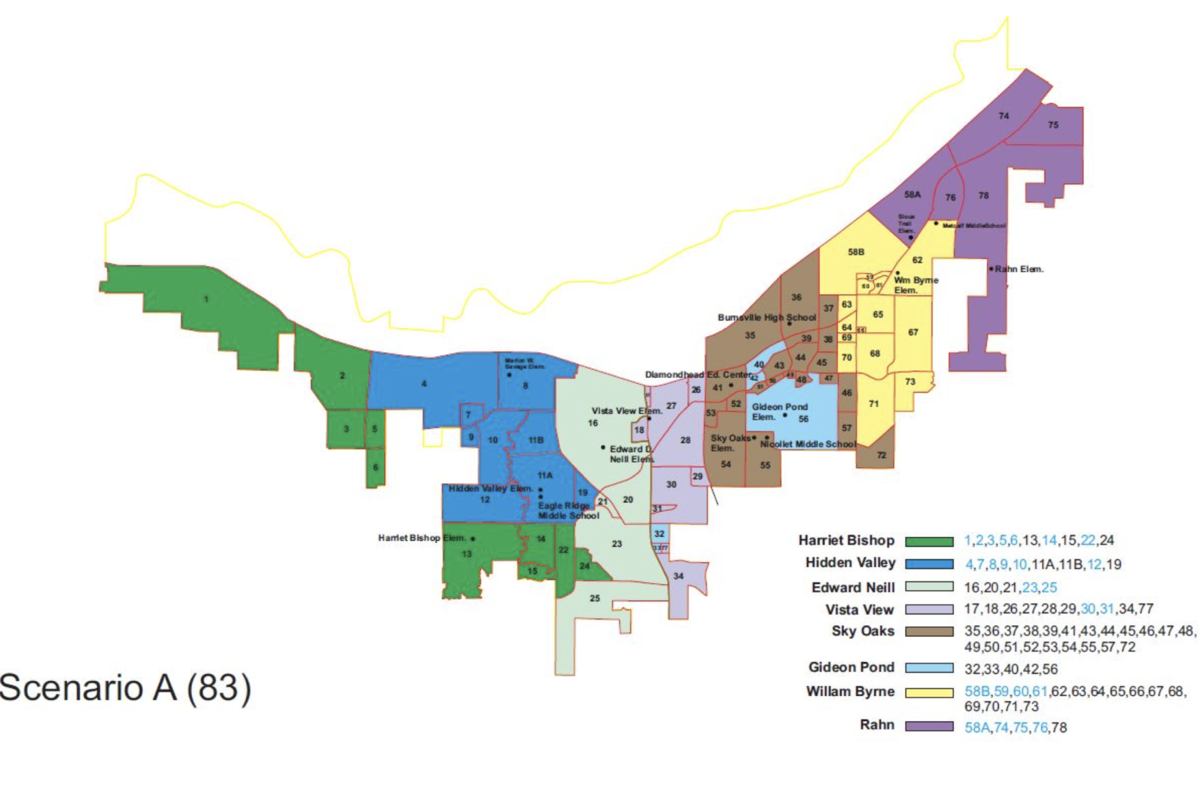 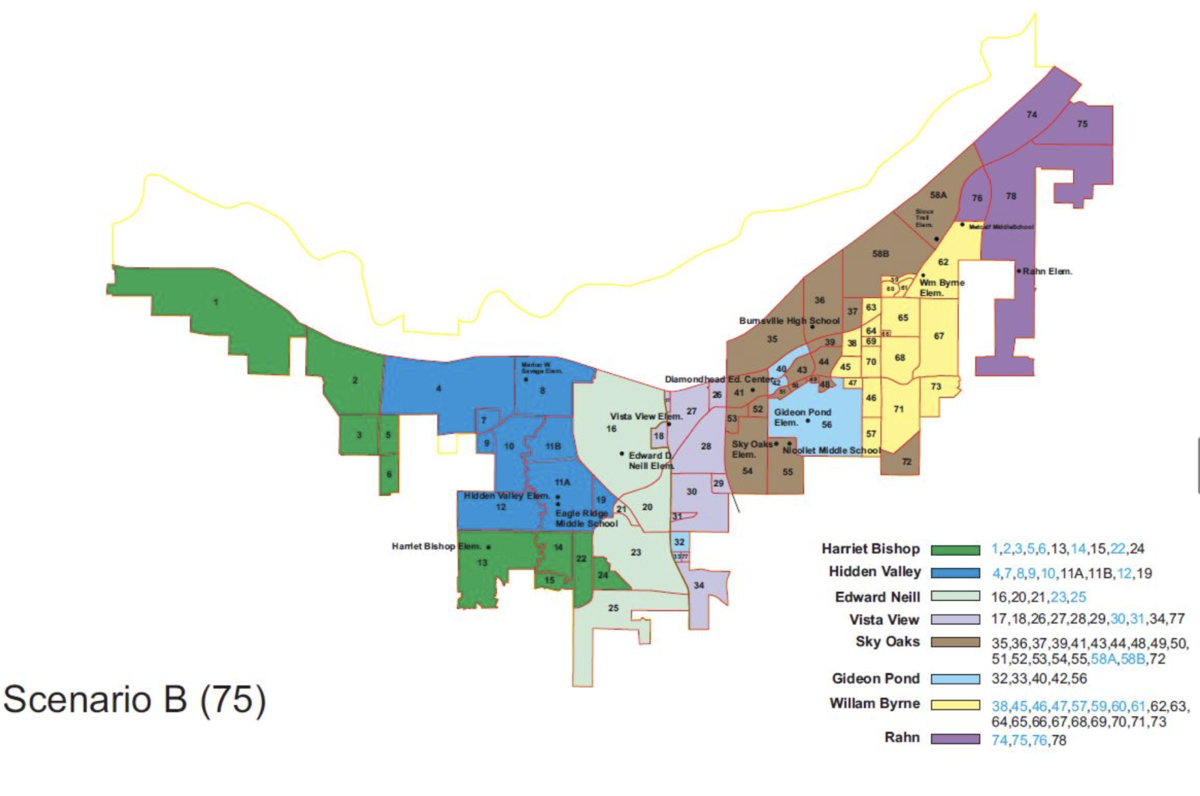 The proposals were drawn up by a group of district employees and community members, referred to as the design team, and district families were invited to share feedback on the plans at a series of meetings this week.

The Board of Education will review the proposals, and possibly a third, on Jan. 23, with a final vote expected Feb. 6.

Under both plans, residents in the majority of attendance areas wouldn't see a change to their assigned school.

One proposal divides their attendance area between Rahn and William Byrne elementary schools. The second assigns all students in the area to Sky Oaks Elementary School, which is farther away.

Both plans call for students in the former M.W. Savage Elementary School boundary to attend either Hidden Valley or Harriet Bishop elementary schools.

The district hasn't redrawn boundaries since Harriet Bishop Elementary and Eagle Ridge Middle schools opened in 1996, but three schools' closure this year requires an overhaul of the district's boundaries and transportation plan.

State law bans districts from drawing attendance boundaries that create racially isolated schools at the time the boundaries are drawn. But that has happened for some schools as the district's current boundaries have aged, according to the district.

The new boundaries proposed stand to cut those differences in half, according to data shared by the district.

Students who open-enroll out of the district are not counted in the proposals and related data, a district spokesman said. Students attending a school on a variance are counted as if they attended their assigned school.

District administrators said their considerations while designing the proposals also include the number of students affected by the boundary realignment, keeping neighborhoods together and transportation. More than 80 designs were considered to land on the two proposals.

Correction: A previous version of this story incorrectly identified where M.W. Savage Elementary School students would go after the school's closure and left out Rahn Elementary School among those that will feed to Nicollet Middle School.