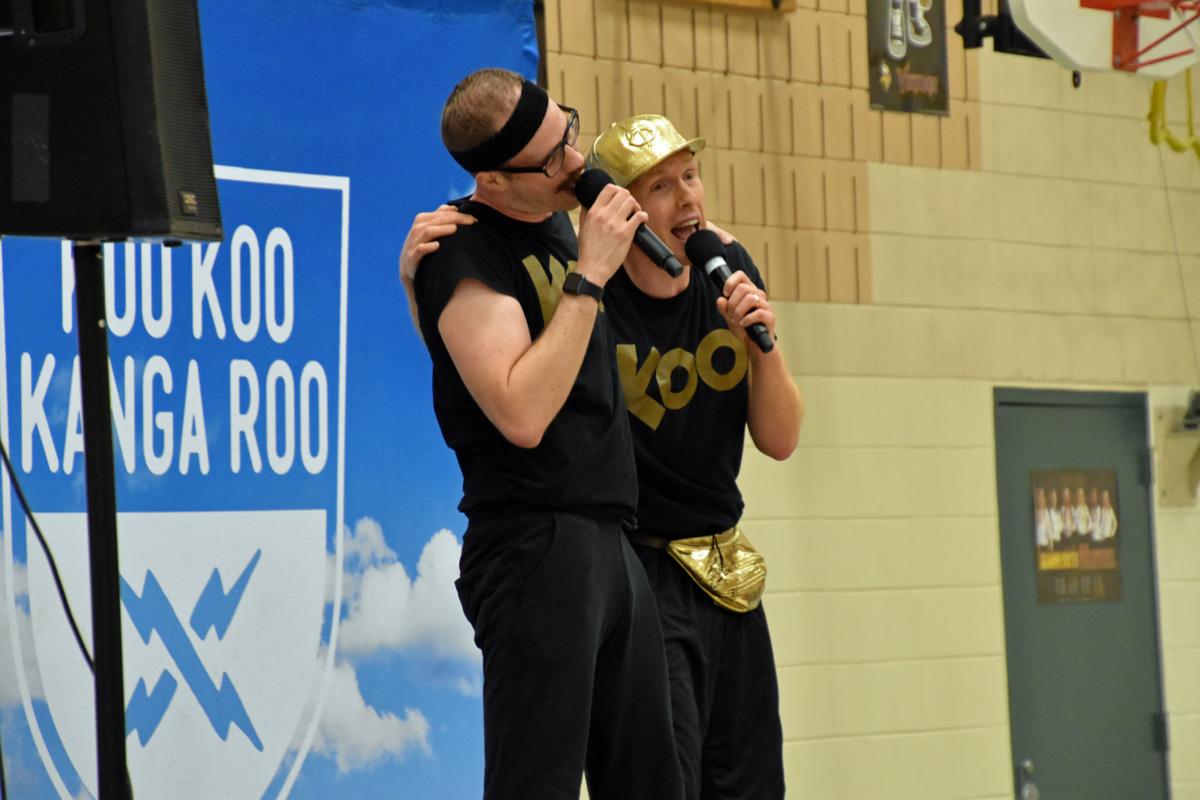 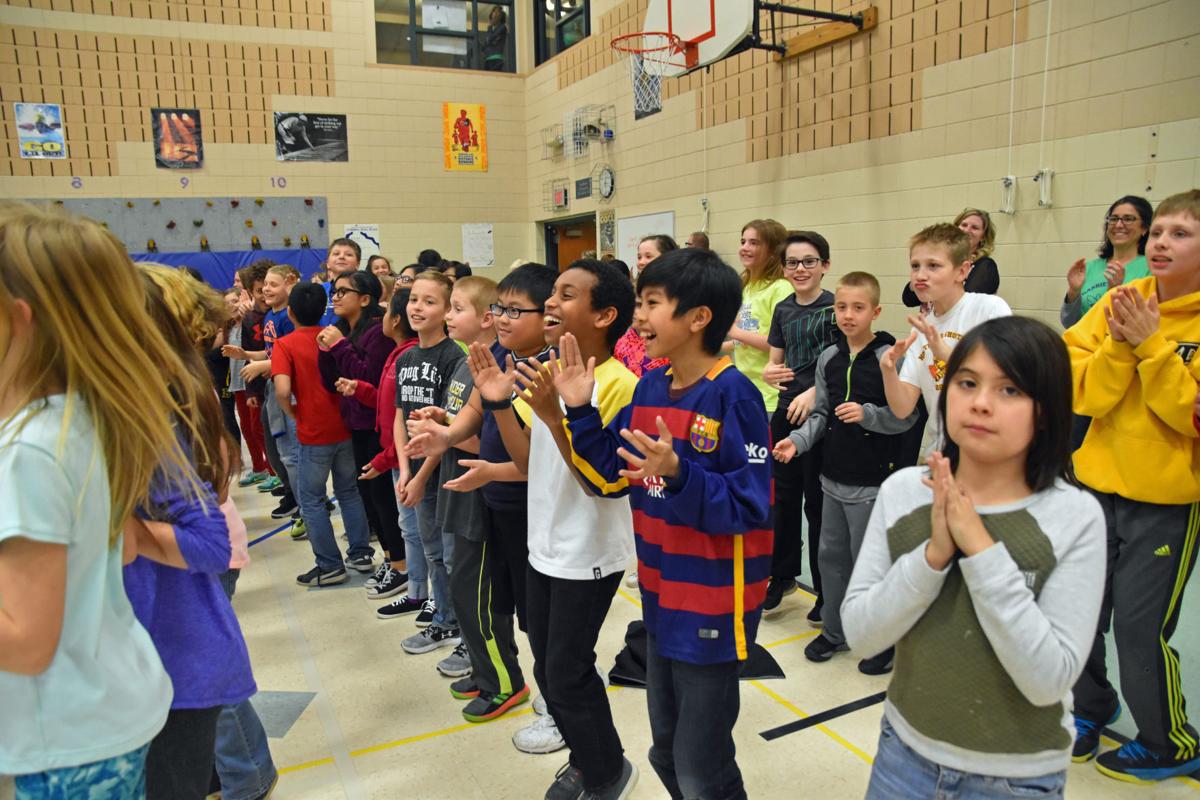 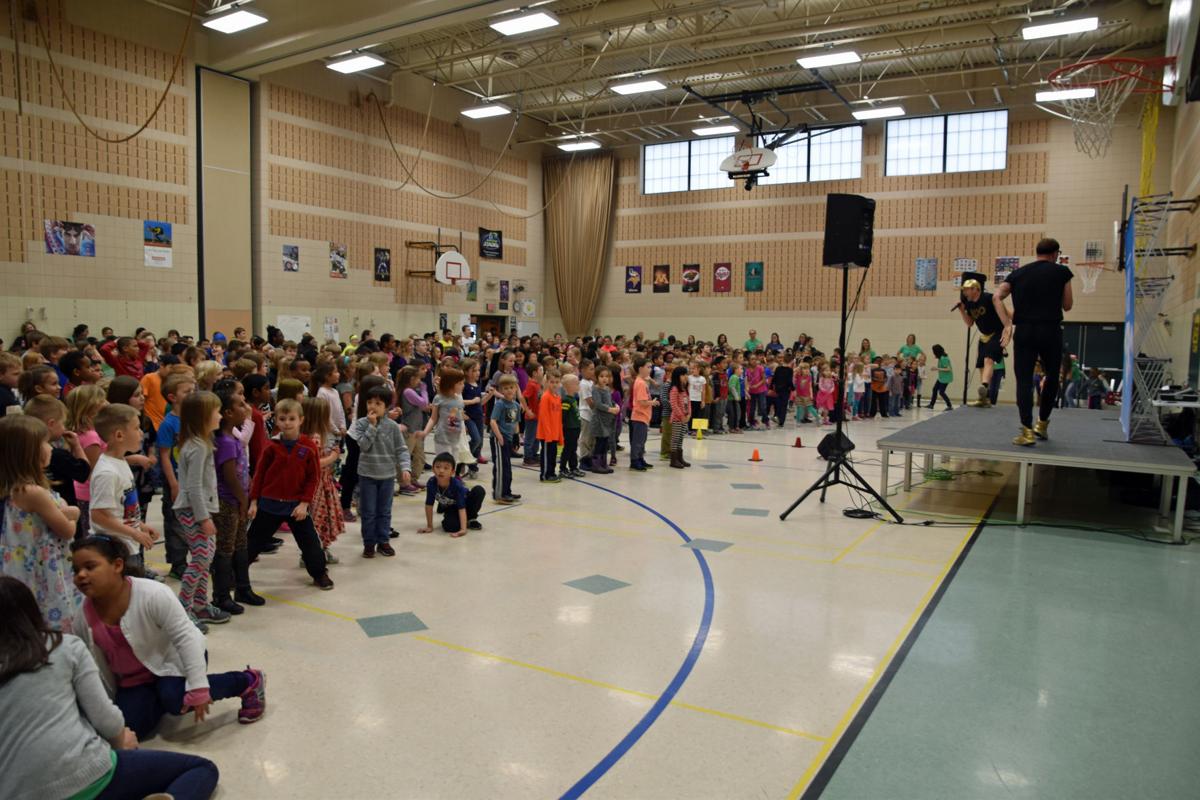 When Bryan Atchison was a student at Harriet Bishop Elementary School in Savage in the mid-1990s, he had an influential teacher that to this day he still adores.

He had been bullied at his previous school in Bloomington, and because of it, he transferred to a new school — Harriet Bishop — where a teacher named Kelly Smith made him feel safe and welcome.

“She killed it, knocked it out of the park,” said Atchison, now 31. “She was a great teacher.”

His band, Koo Koo Kanga Roo, played at the school earlier this month as a tribute to Smith, who is leaving to teach teachers after this year, he said. Koo Koo Kanga Roo is a dance-pop band that started out for adults, but because the music is clean and at times silly, they wind up playing for schools and children’s parties across the nation. One venue in Dallas, Texas, called the Granada Theater, described them as “what you get if you combined the Beastie Boys with Sesame Street.”

The band is also interactive and there are typically dance moves to go along with the songs, Atchison said. The group is made of him and his friend Neil Olstad.

He said sometimes schools can be tough to play because of echoes in the gym or if kids aren’t familiar with them. But at Harriet Bishop, “they were cool kids,” he said.

It was a great concert, said Principal Erika Nesvig.

“We set a goal for the students to get 6,000 [reward] tickets for being respectful, responsible, engaged and safe,” she said. “The students worked hard.”

He said the feel at the school was the same as it was when he attended: “Welcoming and open and very structured in the best way of that word,” he said, referring to how structure can lead to feeling safe creatively.

He would know about what an environment does to a person. At the school where he was bullied, they put fifth- and sixth-graders from 22 elementary schools into one building, he said.

“Bullying doesn’t just occur because some kid is a jerk,” Atchison said.

He said he also got a blast from the past when an administrative assistant pulled out a yearbook from 1996 and said, “that’s you.”

Atchison seems to have surpassed his toughest days, as evidenced by the success of the band. They now tour internationally and are making a full-time living out of their music. They’re now in their ninth year as a band.

“We’re figuring out every day what we are,” he said.

He hopes kids in their audiences feel inspired enough to play in their own bands one day. What he knows for sure is that teachers like Smith make a difference in helping kids be who they are.