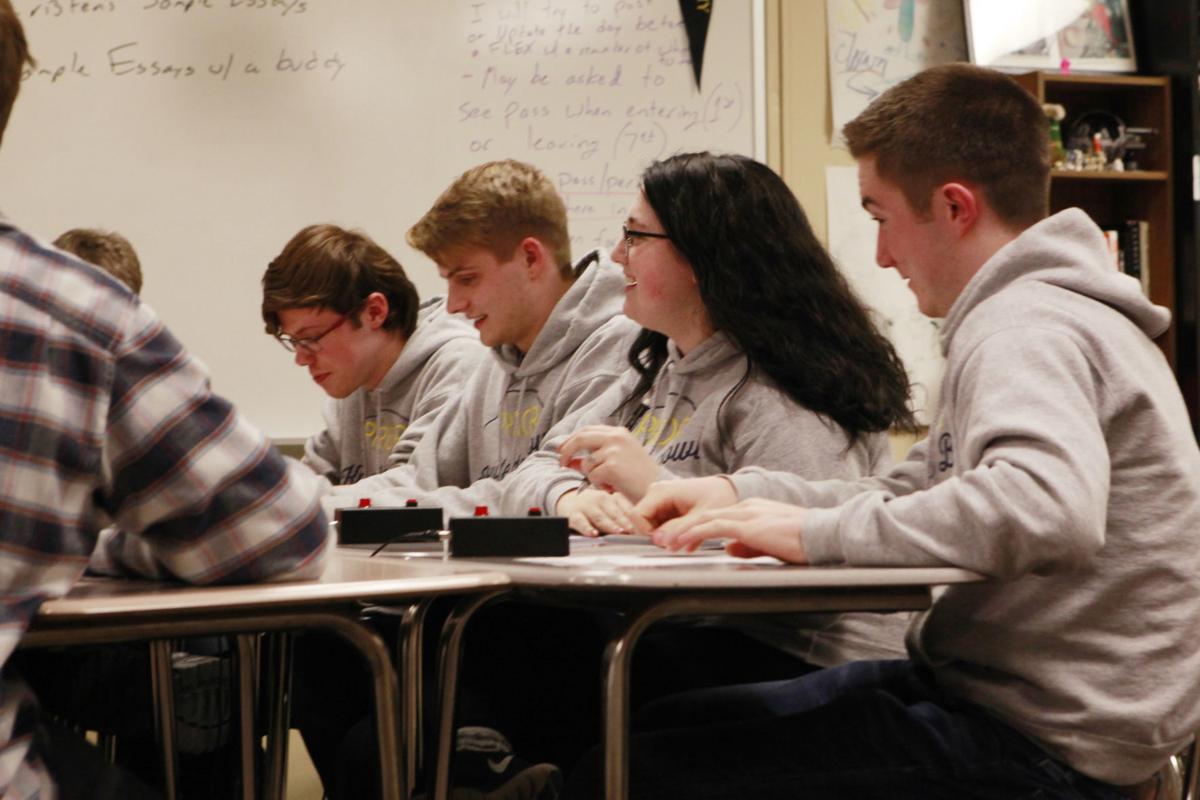 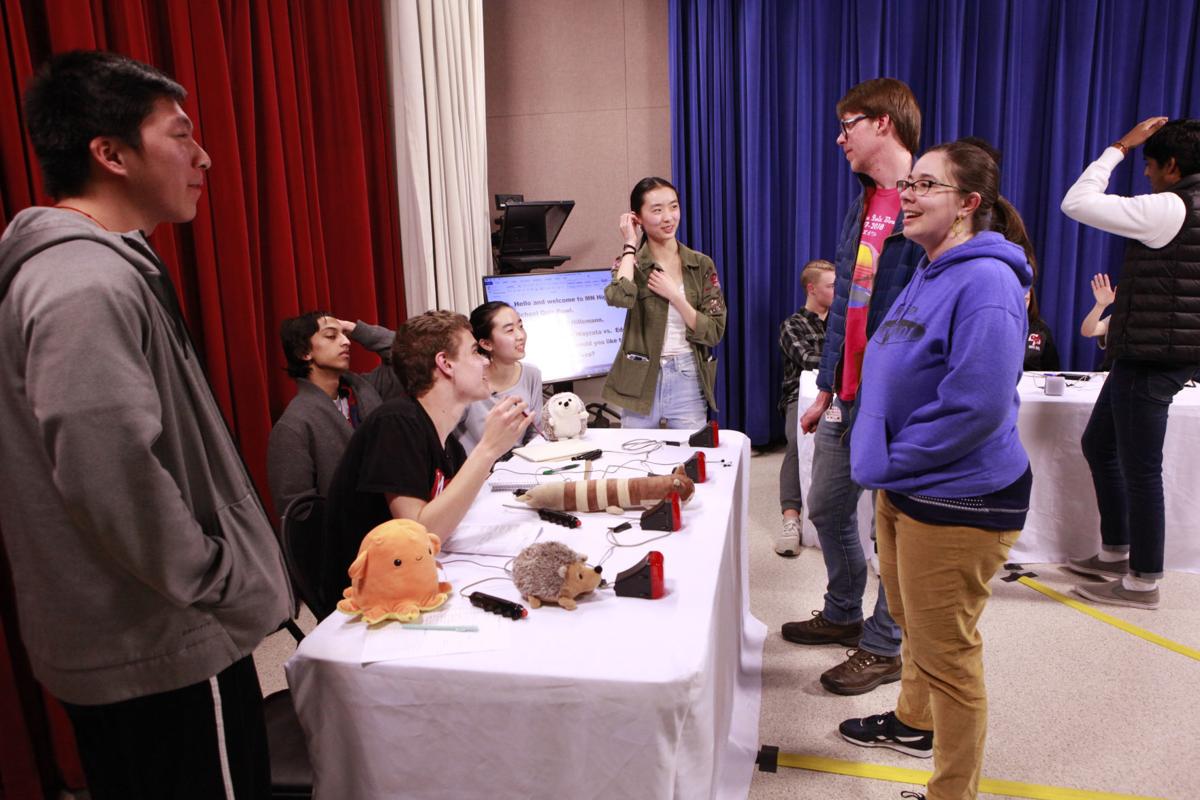 Wayzata quiz bowl team captain Brian Lin (left) coach Meaghan Decker (right) and other team members chat before the final round of the Minnesota High School Quiz Bowl League on Thursday at Burnsville High School. Eden Prairie, the team in the background on the right, beat Wayzata in the round before but lost the final. 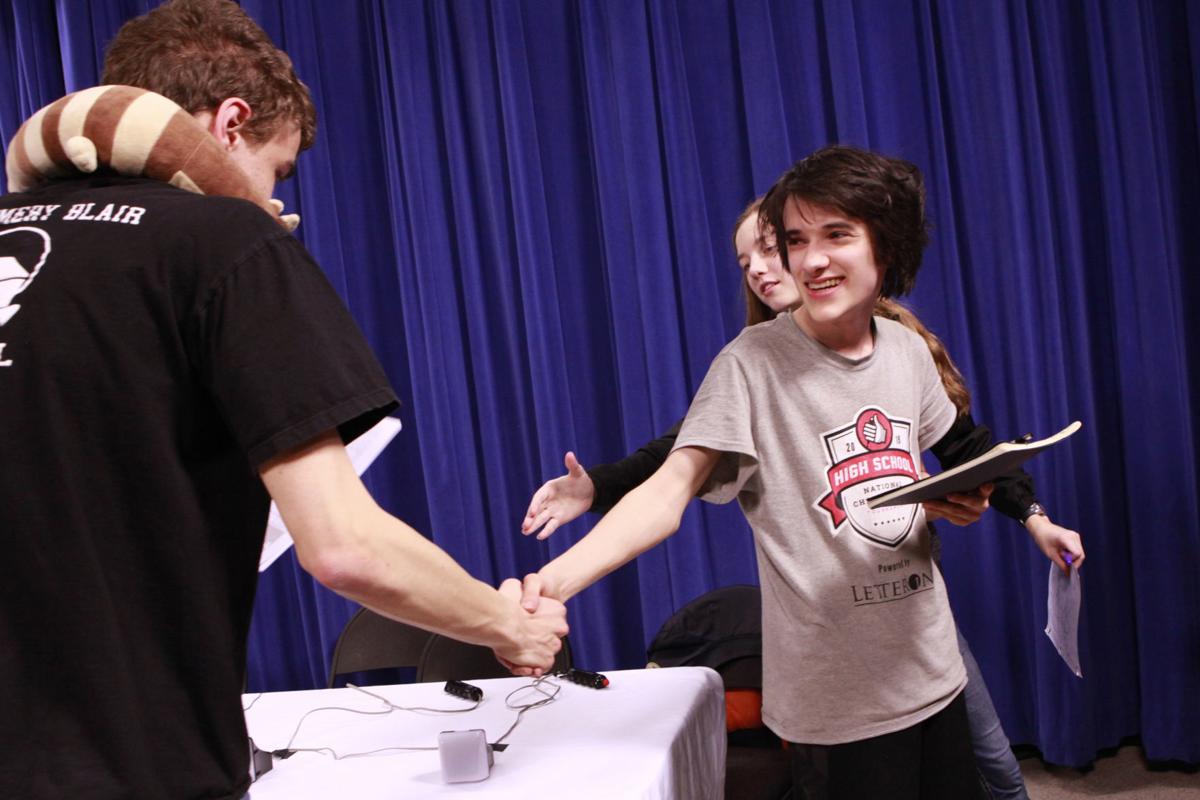 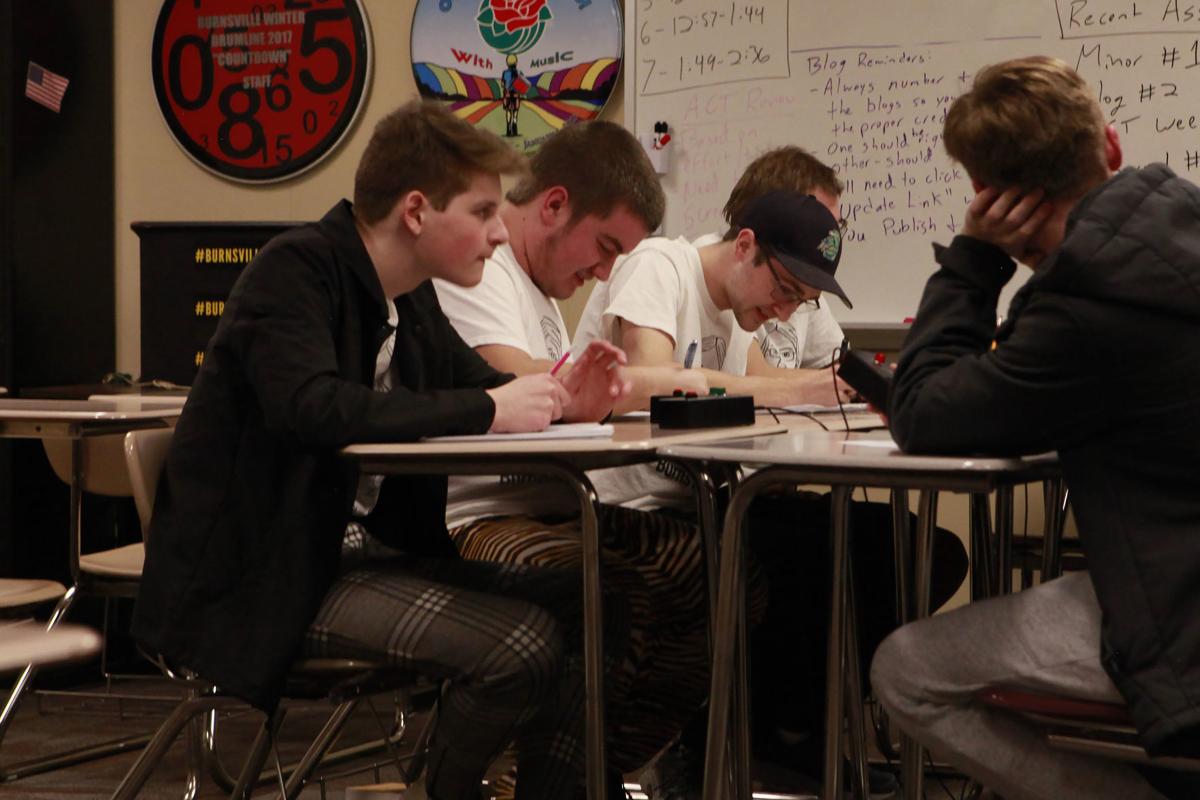 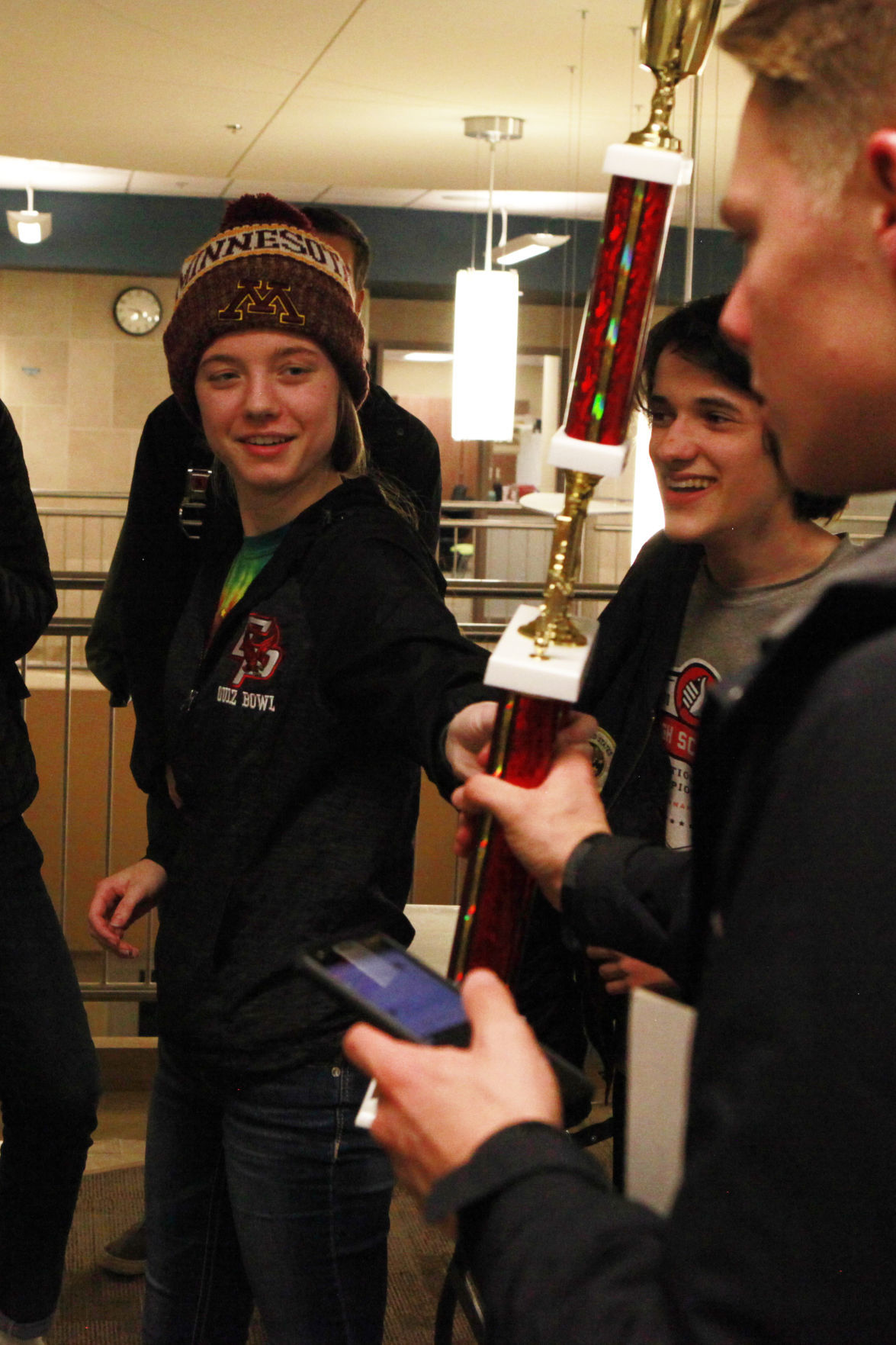 Wayzata quiz bowl team captain Brian Lin (left) coach Meaghan Decker (right) and other team members chat before the final round of the Minnesota High School Quiz Bowl League on Thursday at Burnsville High School. Eden Prairie, the team in the background on the right, beat Wayzata in the round before but lost the final.

Wayzata High School fended off a challenge from Eden Prairie High School for first place, buzzing in first to answer questions on subjects as varied as magnetism, Mars and Malcolm X.

Wayzata captain Brian Lin, a senior, reacted to the win with characteristic understatement.

“Pretty great,” he said with a smile. “They were good opponents,” he added of Eden Prairie.

The tournament capped off months of contests to find Minnesota’s top 16 teams, but it’s not the end of the season: Thursday’s competitors also qualify for a national tournament in Atlanta, not to mention several local meets still to come.

The game pits two teams of four against each other, first with several questions any individual player can answer by buzzing in first, then with several related bonus questions, such as queries on geology or video games, for the successful player’s team to confer on before answering.

Halfway through come the lightning rounds, giving each team a few seconds to answer several questions without interference from the other side.

The questions range from easy tests of everyone’s reaction speed to more obscure references, such as to ancient Mediterranean rulers and European politics. Team members often specialize, digging into literature or absorbing current events, or focus on improving their weakest subjects.

But don’t mistake it for a dry and dreary endeavor: Many competitors said their teammates are among their best friends and often join them in other academic competitions and school activities.

Prior Lake senior Isabel Lundquist said she and team members Morgan Bozeman, Mark Lichtenberger and Dennis Such had practiced over the summer last year, partly because she didn’t want to go so many months without it.

But she and others also pointed to the satisfaction and thrill of building their knowledge and snagging that niche question no one else could.

“Do we know more useless facts than anyone else in the state?” Burnsville senior Chance Persons joked before the tournament.

“That’s all that matters,” freshman John Gottl replied. Wyatt Isakson and Joe Schatz were also on the team.

The game is also just fun, especially towards the end of the evening when teams can relax in their final rounds. Burnsville and Mounds Park Academy shared several laughs in the fourth-place round.

Eden Prairie’s team celebrated their penultimate win over champs Wayzata, a close game that was followed by the other team’s domination of the final round. It was the furthest they’d gotten in years, said Sweeney, a junior.

“I feel pretty good about it,” he said.

Mound Westonka, Chaska and Minnetonka were also in the running Thursday.