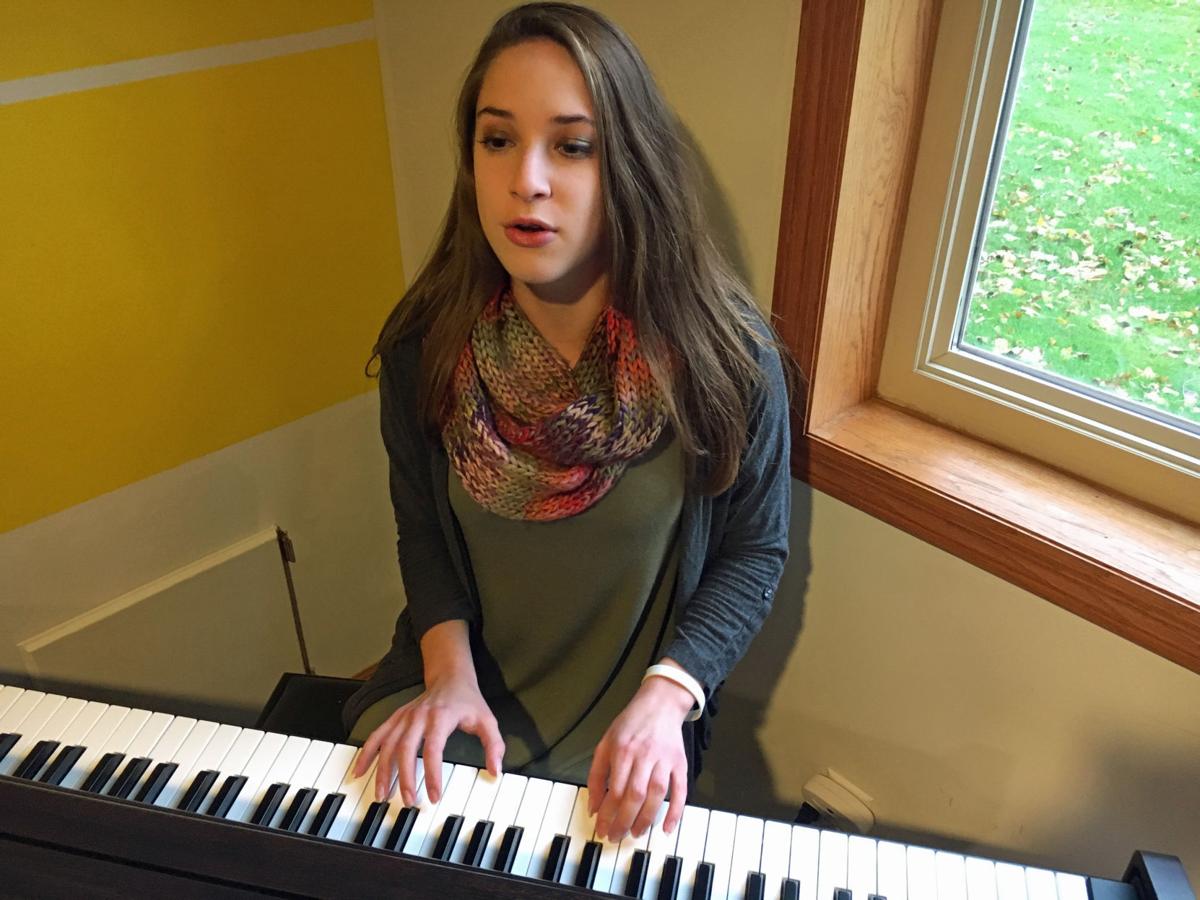 Gianna Bonello, who goes by Gia Bonello for her music, performs at her Savage home. The 16-year-old Prior Lake High School junior is a recording artist, model and actress. 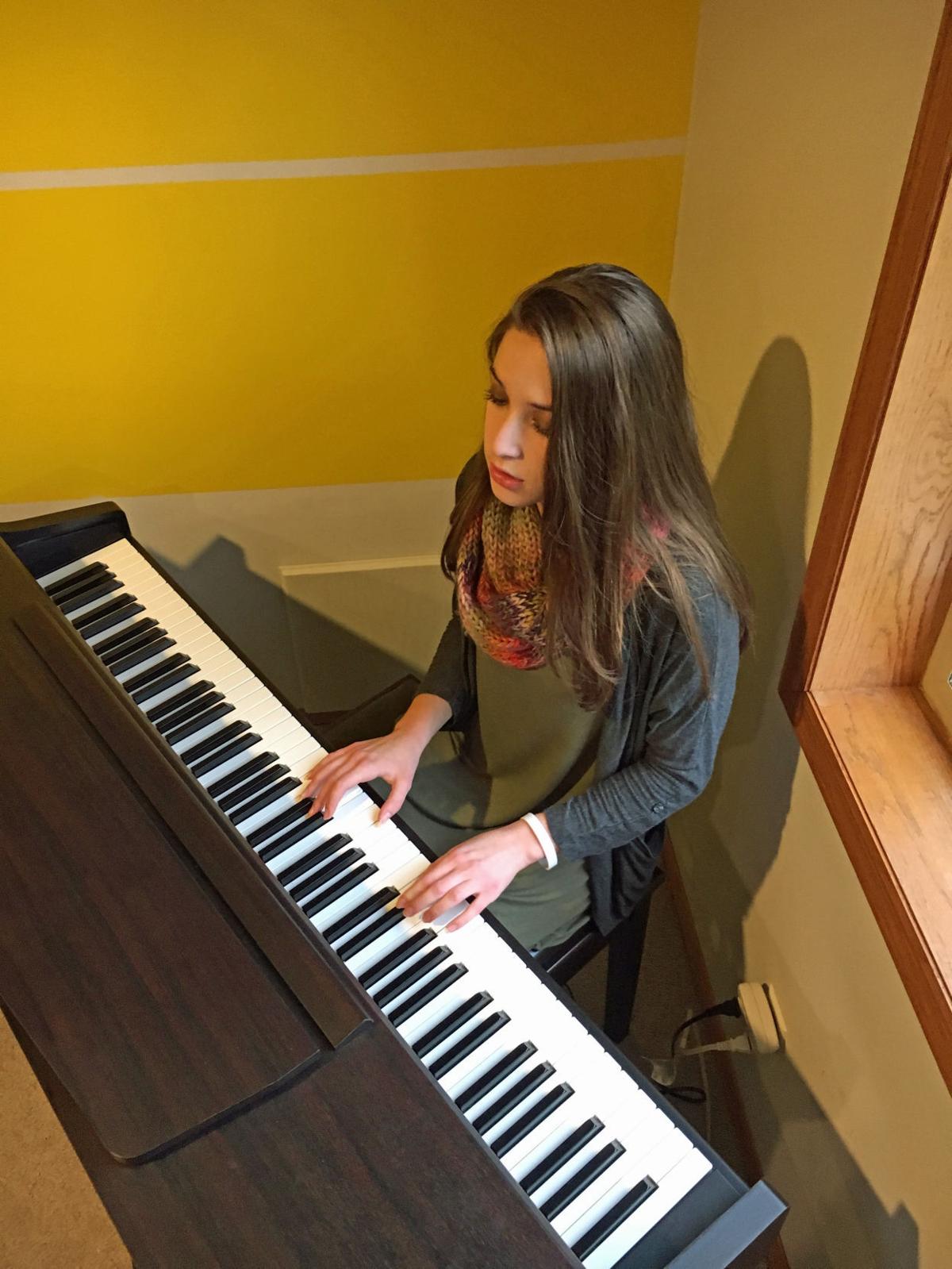 Gianna Bonello — who goes by Gia Bonello for her music — performs in her music room at her Savage home. At just 16 years old, the Prior Lake High School junior has already recorded an EP and filmed a music video that’s out on YouTube. One of her songs was also remixed by a famous producer, Chris “the Greek” Panaghi, who has worked with Michael Jackson, Celine Dion and Jessica Simpson.

Gianna Bonello, who goes by Gia Bonello for her music, performs at her Savage home. The 16-year-old Prior Lake High School junior is a recording artist, model and actress.

Gianna Bonello — who goes by Gia Bonello for her music — performs in her music room at her Savage home. At just 16 years old, the Prior Lake High School junior has already recorded an EP and filmed a music video that’s out on YouTube. One of her songs was also remixed by a famous producer, Chris “the Greek” Panaghi, who has worked with Michael Jackson, Celine Dion and Jessica Simpson.

On a rainy evening in Savage, Gianna Bonello taps the keys on a piano as she lets out a voice years beyond her age.

Bonello is not your average high school student. When she’s not attending Prior Lake High School or doing her homework, the 16 year old has been recording songs for an EP, modeling, and acting in Los Angeles and the Twin Cities. Her songs can be found on iTunes, Spotify and Google Play. She’s even got a music video on YouTube and one of her songs was remixed by a famous producer.

“It’s just been incredible,” said Bonello, who goes by Gia as her stage name. The long and short versions of her name — Gianna and Gia — both mean “God’s gracious gift” in Italian. That’s fitting since her family is devoutly Catholic. Her mother, Liz Bonello, is Italian, and her father, Jeff Freund, joins his wife and daughter in their religious devotion. He says his daughter’s voice is indeed a gift from God, and her religion has been an integral part of her music and performance art journey.

Bonello’s talent began to shine through at an early age. When she was in sixth grade, she was cast in Charles Dickens’ “A Christmas Carol” at the Guthrie Theater in Minneapolis.

For years she was a star performer at St. John the Baptist Catholic School in Savage, where she acted in plays at the school’s budding theater program. In seventh grade, Bonello was cast as Dorothy in “The Wizard of Oz.” The following summer, she took first place in the youth vocal category at Savage Has Talent during Dan Patch Days.

“She has a really good singing voice, and it just came out of nowhere,” Liz Bonello said. Neither her nor her husband have musical tendencies, she said.

Gianna Bonello’s talent blossomed so clearly that the family wondered if this was her calling — to be in show business. She and her parents prayed about it, discussed it, and decided that she could pursue a career in the entertainment industry.

“God gave me this opportunity for a reason,” she said.

The path wasn’t always so clear. In her freshman year at Prior Lake High School in 2015 (she’s now a junior) Bonello said she struggled with confidence. She knew she had special talents and all the cheerleaders anyone could ask for in life. But she didn’t know if she was truly passionate about pursuing music.

Somewhere between encouragement from her circle of friends and auditions at agencies, she found that passion, she said.

“I think honestly it was the support from my friends and family,” Bonello said.

In spring of 2015, she signed with and took classes from local talent agencies. Then by that summer, in August 2015, she auditioned for an opportunity to go to Los Angeles at a convention called the Industry Network. It’s a place where people can meet managers, agents and producers from markets such as New York City, Los Angeles and Miami. For the audition, which took place in Minneapolis, she sang and acted in a monologue.

To her surprise and excitement, she got a spot. The convention, which took place in January of this year, was a great success. She even landed a “Singer of the Year” award for her age group.

Right before the convention, though, she would meet one of the most important people to come into her life so far: a businessman and artist named Craig Damon.

One day, a friend of Bonello’s told her about an open event they could go to to learn more about a talent agency owned by Damon. This friend was already signed on but thought Bonello would be interested.

So she decided to go, accompanied by her father. She then met with Damon, sang for him and the three talked for an hour.

Damon is plugged in with a powerful network of artists in Los Angeles through his other company called Oryon Media Artists. She knew it would be great to work with him.

And sure enough, she wound up recording with Damon in Los Angeles.

“It was so cool,” Bonello said. “That was awesome to be recording there.”

In a short time period, she has recorded four songs for an EP called “Trapped,” which will be out in CD format soon, she said. Bonello’s song, “Trapped,” was even remixed by Chris “the Greek” Panaghi, a famous producer, DJ and artist who has worked with Michael Jackson, Celine Dion and Jessica Simpson. She also has a YouTube video for the original version of “Trapped.” And she has Damon to thank, as he’s helped her with all of these pursuits.

Bonello is now working with an organization called the Mac Greeman Foundation, started by the mother of a boy who died of sudden cardiac arrest at 14 years old. Mac Greeman had also been a model at Damon’s agency, and Damon is the vice president of this foundation.

Right now she’s focusing on promoting her music. But she does have some big questions on her mind. For example, it’s unclear whether she’ll go to college, or if so, where. Her parents are helping her think through these things. Her dad’s feeling a little more anxious about the decisions ahead, though her mom is feeling pretty calm. Liz Bonello said she just wants to make sure her daughter keeps “grounded” and with “normal values.”

It’s all been a bit of a whirlwind for Bonello, though she’s excited about everything. While she knows this is what she needs to be doing now, she still wonders about the future. She said she wants to be an aid worker in developing countries no matter what happens with her music career. But if the entertainment industry pursuits don’t work out, she also mentioned social work as an interest.

“I really want to inspire people,” she said.

Bonello said she feels like she is meant to use the gifts she has — even if it’s unclear what the exact next step is.

Until then, she’ll keep letting out that voice — a voice she knows God gave her — to bring happiness and inspiration to others.

To see the music video for Gia's song "Trapped," and to see a video of Gia performing the song live, view this story online at www.savagepacer.com.