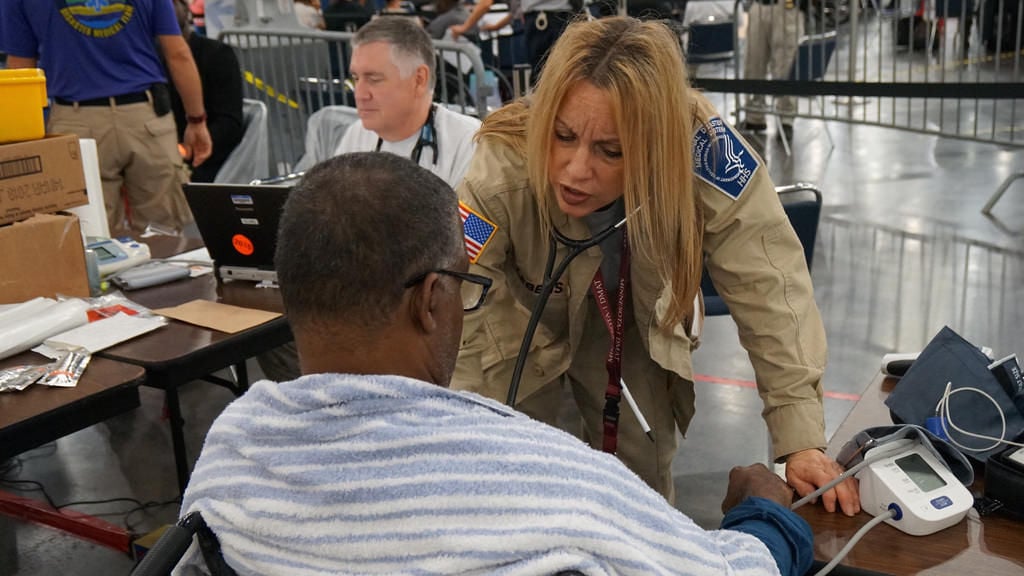 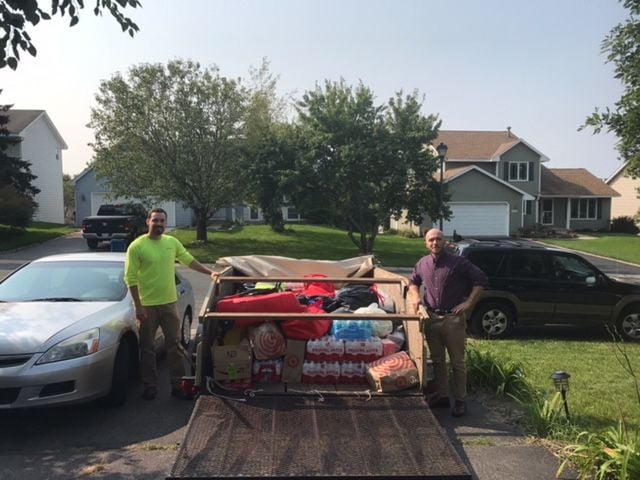 Alec Stewart, left, and Hunter Cantrell, of Savage, pose with a trailer full of supplies the two drove south to the Houston area. Cantrell said he felt compelled to act after hearing reports of the current conditions in the flood-ridden region. 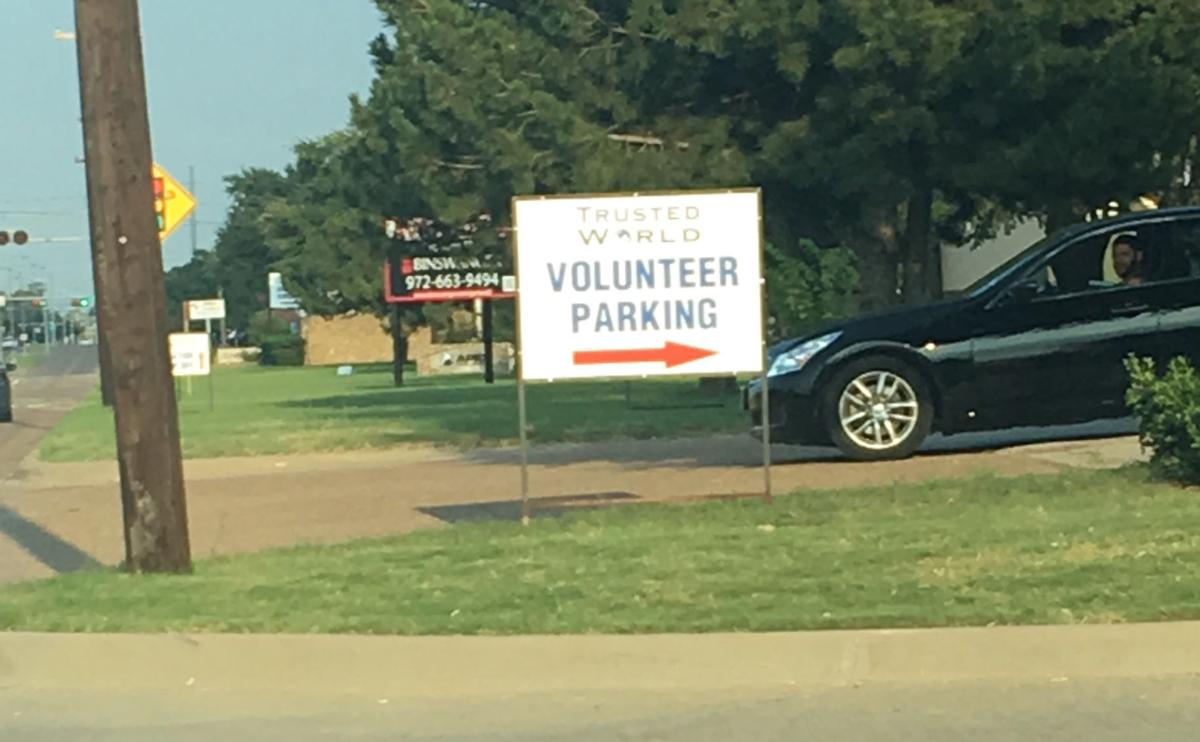 Kasondra and Kenny Rogers dropped off their donations at Trusted World, a nonprofit in Garland, Texas, on Sept. 3. 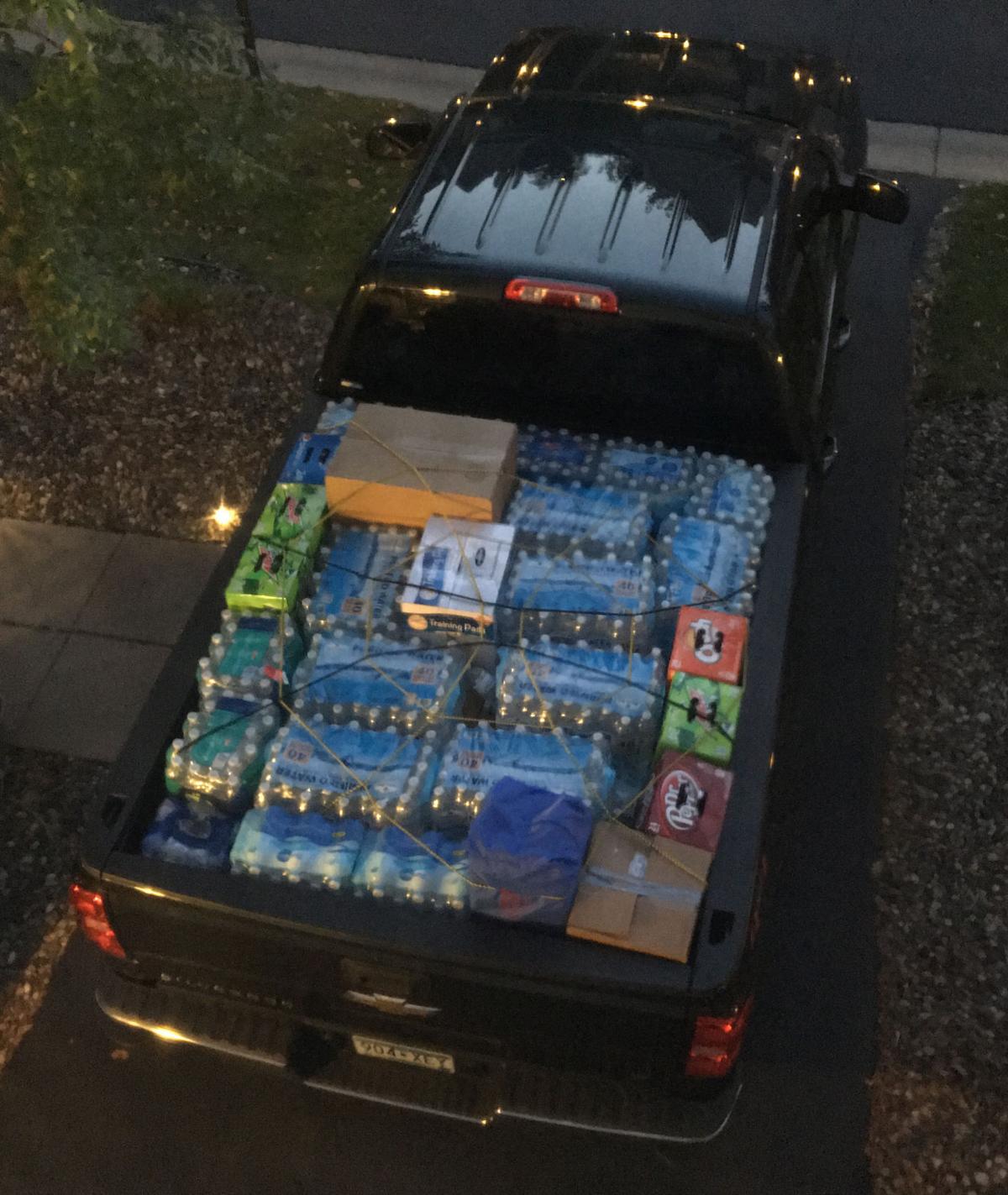 Kasondra and Kenny Rogers packed an entire truck with donations and headed down to Garland, Texas on Sept. 3. 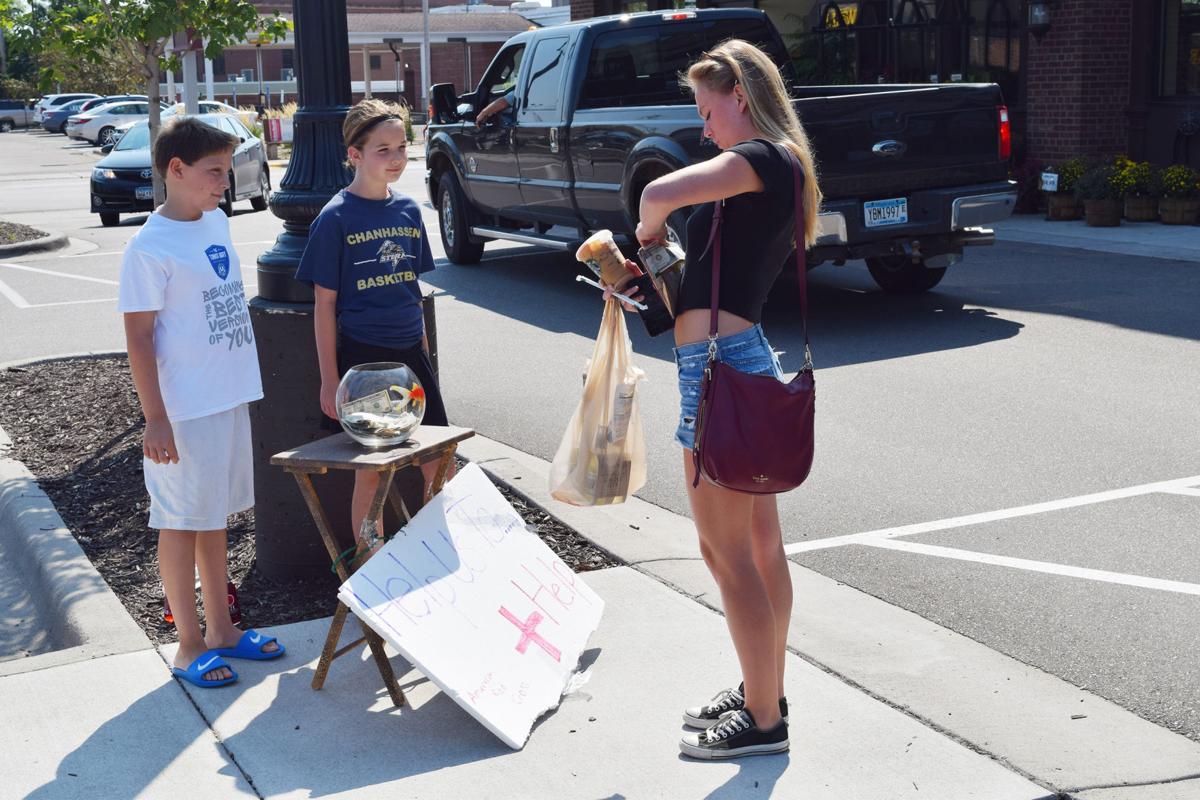 Anna McShane of Victoria stops at the parking lot of Kowalski’s in Excelsior to donate funds for Hurricane Harvey flood victims. She placed cash in a fishbowl fundraiser held by Sean Gorstayn, 10, and Jessica Katof, 10. 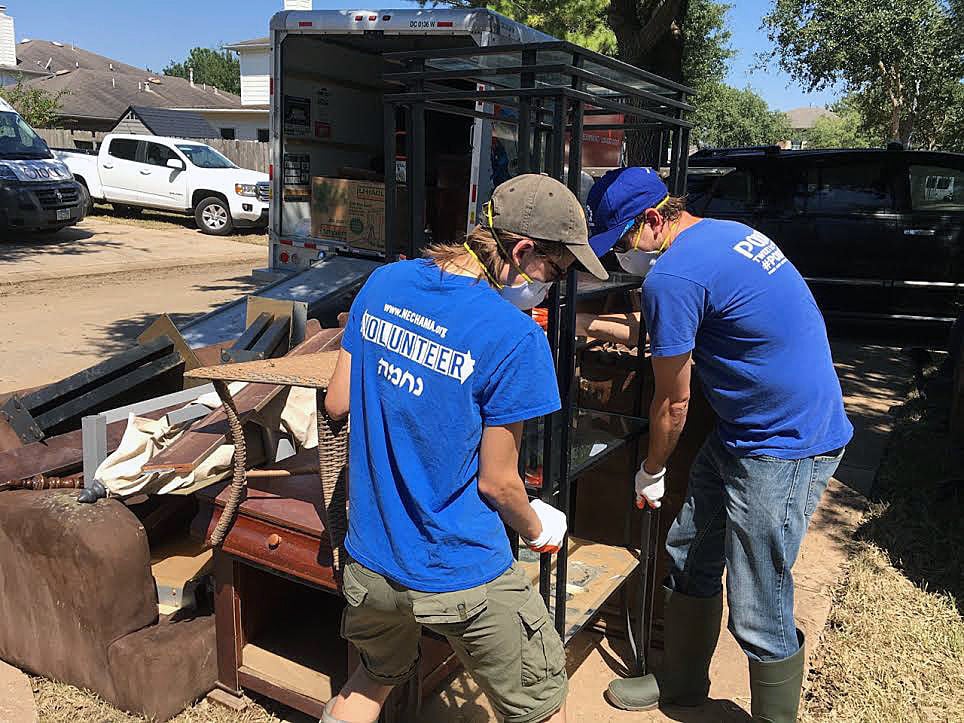 Staff from NECHAMA, a Jewish disaster relief organization based in St. Louis Park, “muck and gut” a Texas home damaged by flooding caused by Hurricane Harvey. They will soon be joined by volunteers, including many from the southwest metro of the Twin Cities.

Kasondra and Kenny Rogers dropped off their donations at Trusted World, a nonprofit in Garland, Texas, on Sept. 3.

Since Hurricane Harvey hit the Texas coast, southwest metro residents have rallied together to raise money and collect items for relief efforts.

Some have even traveled the 1,000+ miles to Houston to help relief effort, showing Minnesotans know how to rally to support others.

Hunter Cantrell, 22, gathered a trailer full of supplies and drove down to Beaumont, Texas, despite being in the chemotherapy process to treat Hodgkin Lymphoma. Alongside his friend, Alec Stewart, they handed out water and toiletries to neighbors whose water had been cutoff for fear of contamination.

“I felt that if there was one person that was suffering in our society, that it’s all of our duties to see what we can do to lend a hand,” Cantrell said.

But with the help of her aunt, Dani Leininger of Prior Lake, and other family members, Rogers filled a truck headed to Houston.

“I just woke up one day and decided I wanted to do this,” she said.

First responders from Minnesota were also on the ground in Texas. Ryan Quinn from Chanhassen and Donna Lebens from Shakopee are two local paramedics who provided medical assistance.

One St.Louis Park-based organization, NECHAMA, a Jewish disaster relief group, has planned for six months’ worth of deployments to Texas. Now, they’re also planning teams to help with Hurricane Irma relief in Florida.

David Kaplan, executive director of NECHAMA, said the group has been “inundated” with individuals and groups interested in volunteering.

“We’re all going to really have to come together as a community and a country to pull through this one,” he said.

But not everyone can provide in-person relief. Minnesotans have also done their part to help from home. Two Minnetonka-area 10-year-olds raised more than $1,000 for relief efforts in one week. Three schools from the Burnsville-Eagan-Savage district are collecting school supplies for Houston-area students.

The city of Savage has also chipped in by sending shirts for child survivors in need of clothing.

MyPillow, whose headquarters is in Chaska and manufacturing is in Shakopee, has sent trucks filled with more than 80,000 pillows to the Houston area.

With 130 employees in Houston, the Minnetonka-based Cargill donated $150,000 to the Red Cross and Feeding America food banks. It also donated 150 tons of animal feed to veterinary efforts for affected animals.