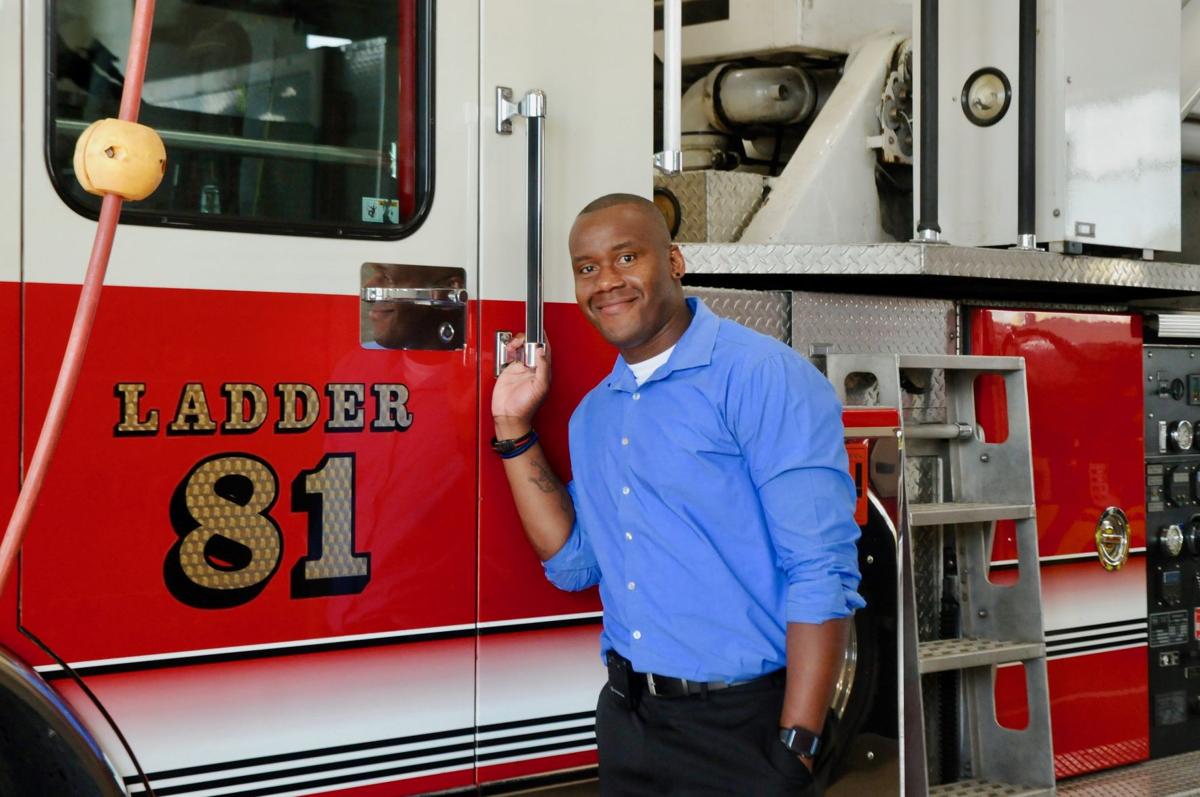 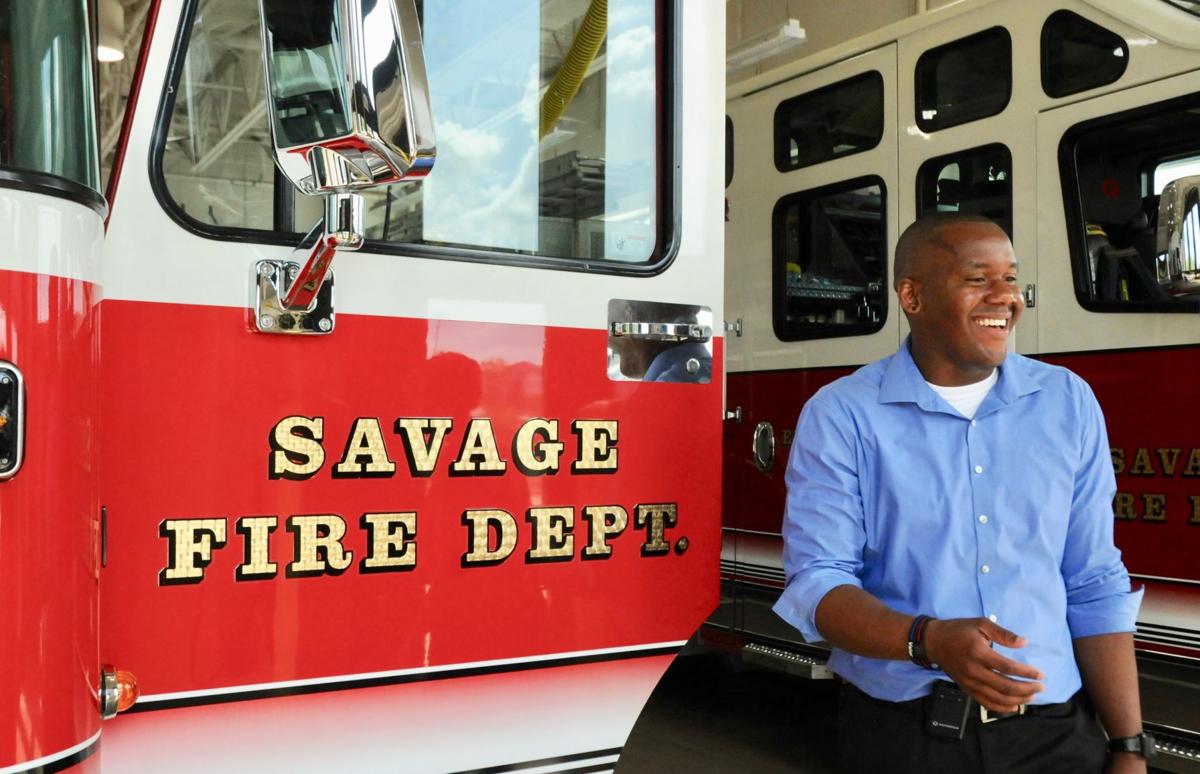 Andrain Roach left home in Jamaica to visit Minnesota for the first time in 2003.

He came on the invitation of a Bloomington family he’d met while they were vacationing at the Sandals and Beaches Resorts in Negril, Jamaica that Roach worked at as an entertainment coordinator.

“I came here not knowing what the weather was like — never seen snow or ice before,” he said. “I came rocking jeans and a T-shirt.”

He arrived in the middle of a record-setting blizzard and on the drive home from the airport, dozens of cars had slid off the road and people were stopping to help others.

“Nobody is focused on doing their own thing,” he remembered thinking. “People were stopping and wanting to help.”

Roach and his friends joined the efforts and helped push cars out the snow.

It’s an experience that might’ve left most visitors unwilling to visit Minnesota again; but it had the opposite effect on Roach, and over the years he kept returning to visit the family on Lea Road.

Three years since his first visit, Roach left Jamaica and moved to the little slice of America along the Minnesota River that he’d grown to love.

This week, he began his service as Savage’s new fire chief.

Walking around the Savage Dakota Avenue fire station on his second day on the job on Tuesday, Roach stood in front of Savage Ladder 81.

“This is my favorite truck,” he said.

It’s the truck he rode in to respond to his first ever structure fire with the Savage Fire Department in 2008.

They were called to provide mutual aid to Burnsville on a massive fire that broke out at an apartment on Parkwood Drive in Burnsville just a few days before Christmas. To this day, it’s one of the biggest fires Roach has responded to.

Similar to his first visit to Minnesota in 2003, he saw something he wanted to be apart of — the career firefighters of the Burnsville Fire Department seamlessly working together for around 15 hours in freezing temperatures. He knew in that moment that he’d found his calling.

“I got bit by the fire bug as we would say in the service,” he said.

To everyone, Roach is known as Scooby.

It’s a nickname given to him during his early childhood in Clarendon, Jamaica. He doesn’t know how he got the name, but he said kids in Jamaica are given nicknames shortly after birth, and his stuck.

Growing up, he excelled in athletics and got a scholarship to attend a prestigious track high school after finishing primary school.

“That was fun for awhile until they just started make it more about the competitive nature of it and then the fun kind of went away,” he said.

Roach decided to focus instead on his love for performing arts, and through singing and playing music he grew a passion for community service and entertainment.

“I was pretty determined but I just didn’t believe that I had the resources to achieve the success I wanted to in high school,” he said.

In Jamaica, college is reserved for the wealthy and the lucky few who find scholarships, Roach said.

“I did what everybody else did at my age — either went off to find a job or kind of stay in the community and hang around and wait for something good to happen,” he said.

He decided to move to Negril, Jamaica and find work in the tourism industry and for around five years he worked at Sandals and Beaches Resorts in entertainment — a job he loved that allowed him to meet people from all over the world.

“I met families from everywhere and the question was always, ‘where does a Jamaican go for vacation?” he said.

He began visiting the United States on invitations from families he’d met at the resort — he flew to Indiana, New York and even attended a Bat Mitzvah in New Jersey.

Roach’s dad moved to New Jersey when he was 9 years old and his mother, a teacher, spent her time off in New Jersey, often leaving Roach and his teenage brother in the care of the community.

He said it’s not uncommon for kids to be left to their own devices, and it’s just one of the ways Jamaican culture is different.

“I could go to any friend’s house and have dinner, sleep — they could do the same at mine,” he said. “Everybody is taking care of you.”

The road to fire

At the resort, Roach met a Michigan woman on vacation named Katie. They became friends and eventually started a long-distance dating relationship. In 2006, he and Katie moved to Bloomington to an apartment off of Old Shakopee Road and the couple married.

Roach started working at Best Buy’s corporate office in Customer Service — “that’s the only thing I knew,” he said.

He became curious about the Bloomington fire station across the street from his apartment, and sometimes he’d talk to the firefighters when they responded to smoke alarms at his building.

Roach had some fire safety experience when he helped the Jamaica Fire Brigade start a fire inspections program with Sandals and Beaches Resorts. Back then, he’d signed up to be a fire warden and went around checking fire extinguishers, exit signs and conducting fire drills at the resorts.

He’d inquired about how to join the Bloomington Fire Department when his wife said she was ready to move, and they found a home across the river in Savage.

Roach had begun working as a flight attendant for Northwest Airlines, but he was still looking for a way to serve his community.

One day, he walked over to the Savage O’Connell Road Fire Station and, assuming people worked inside all day, he peaked in the glass.

The now-retired Deputy Fire Chief John Babin happened to be walking by and struck up a conversation with Roach. They made plans for Roach to meet Savage Fire Chief Joel McColl.

During their first meeting, Roach remembers McColl telling him the Savage Fire Department is strictly about giving back to the community because of the paid-on-call volunteer model, and there aren’t any career jobs with the department.

Roach decided to quit his job as a flight attendant to be able to focus on the schooling he needed to become certified to be a firefighter. He took a job at Home Depot to help pay the bills in the meantime. He completed his first three courses and bypassed the fourth — first responder training — to instead receive an EMT certification. Straight from there he decided to attend paramedic school.

Roach, along with Savage’s Deputy Fire Chiefs Andrew Slama and Ryan Schultz and Captain Tyler Ball all finished school together in 2008, and Roach, Slama and Ball began their first full-time jobs together at Med Fire.

“I was able to use the skills I was gaining on the full time side here in the community,” he said.

After the Burnsville apartment fire, Roach found a job working full time with the Burnsville Fire Department as a fire paramedic and SWAT medic, where he worked for the past six and a half years.

On Jan. 1 of this year, Roach retired from being a captain with the Savage Fire Department after 10 years.

He and his wife have three boys under the age of six — Derrian, Declan and Devlin — and his work with Burnsville had become more frequent. He said he wanted to leave Savage on good terms, rather than hang on and give the minimum.

“I always had some aspiration of moving up within the ranks and developing leadership roles but never had any big plans for how that would happen,” he said.

Then in April, McColl announced he’d be retiring before the end of the month, and they hired Roach for the job. McColl retired after 34 years with the Savage Fire Department.

“It’s kind of been my way of decompressing,” he said.

One of the challenges he’ll have to face in his new role is recruitment of new members — something he said is plaguing fire departments nationwide.

“If you’re a person who wants to give back to the community and wants a place where you feel like you belong and you’re making a difference — the fire department is it,” he said.

Roach’s personal motto is: it takes a desire to serve and the courage to act.

“Once you get there, we’ll give you the ability to make a difference,” he said.