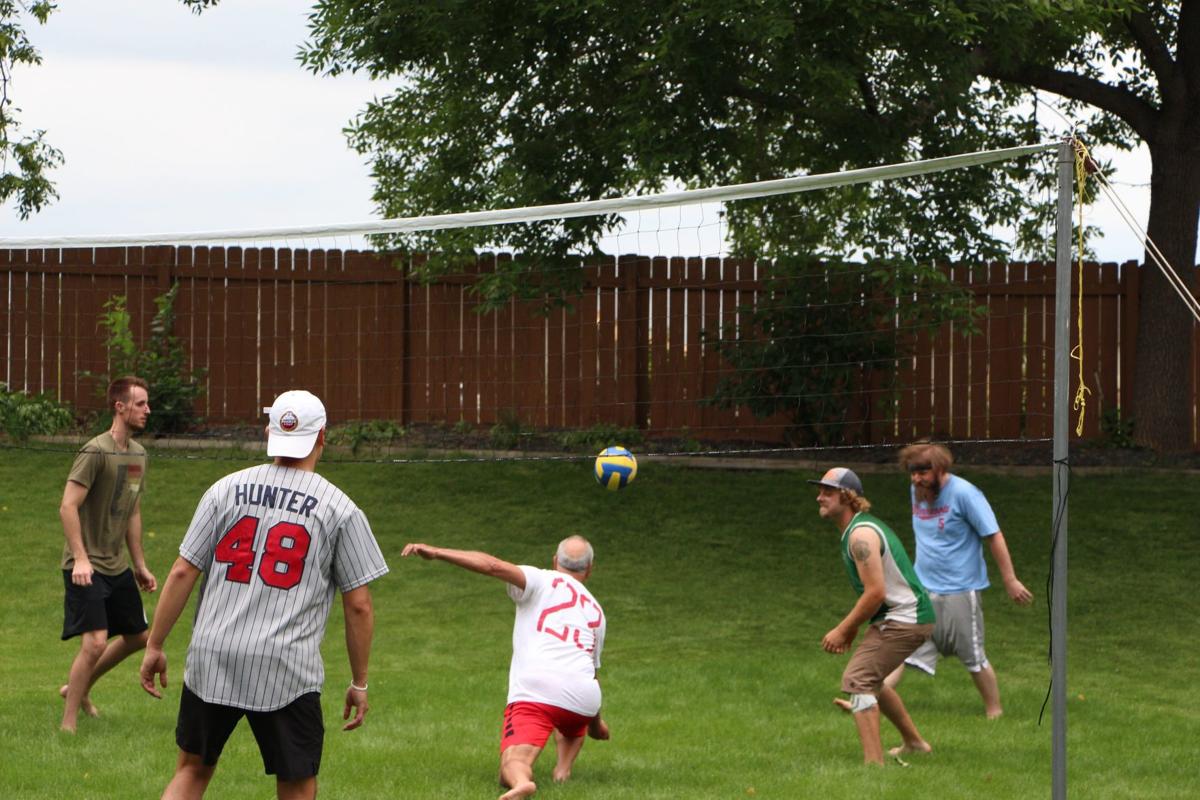 Neighbors at the Wing Fling compete in a volleyball tournament while older guests observed from lawn chairs Saturday night. Many of them were young children when the first Wing Fling celebration took place in 1999. 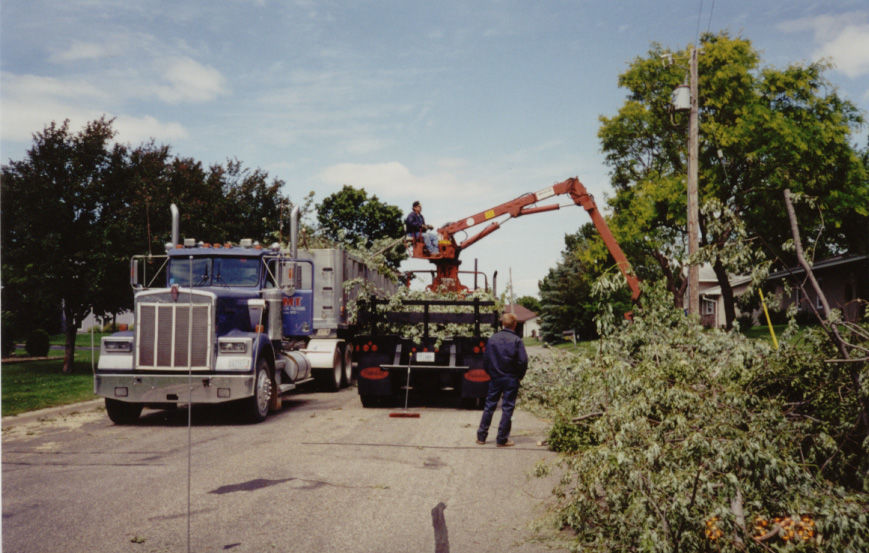 A public works excavator clears fallen trees after strong storms swept through the area in 1998. 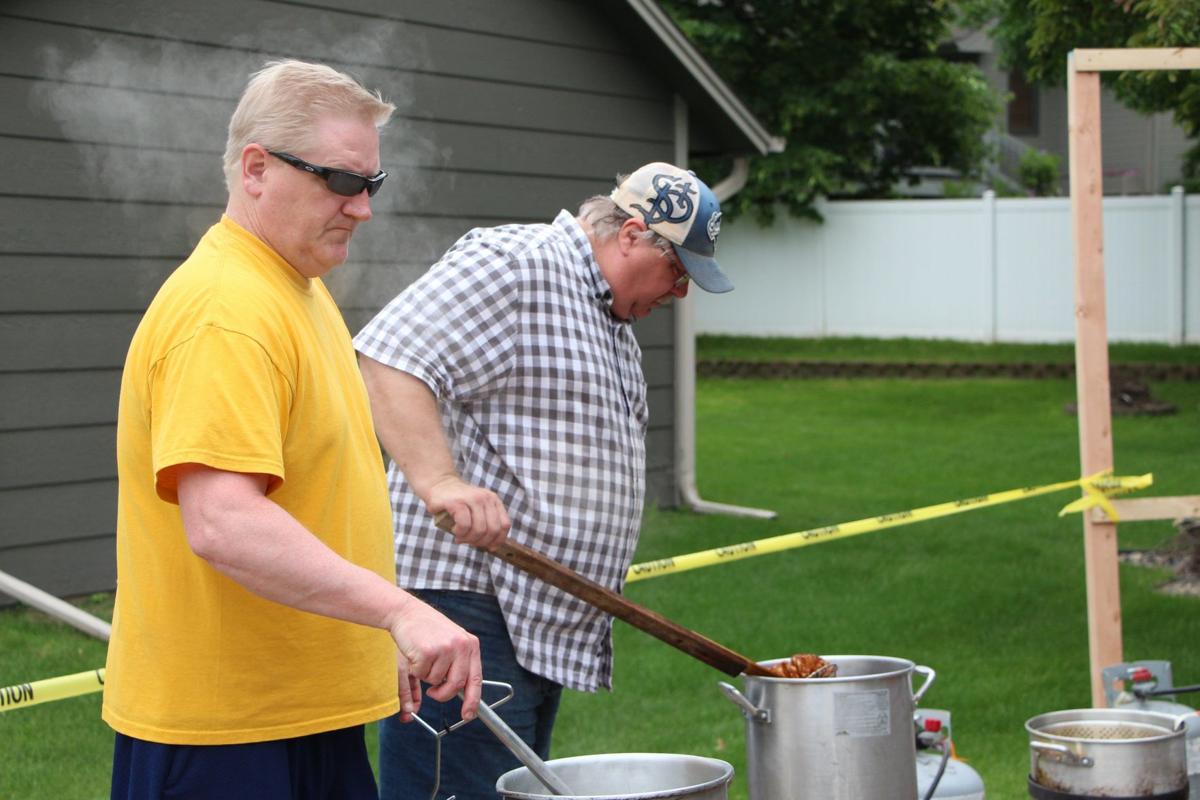 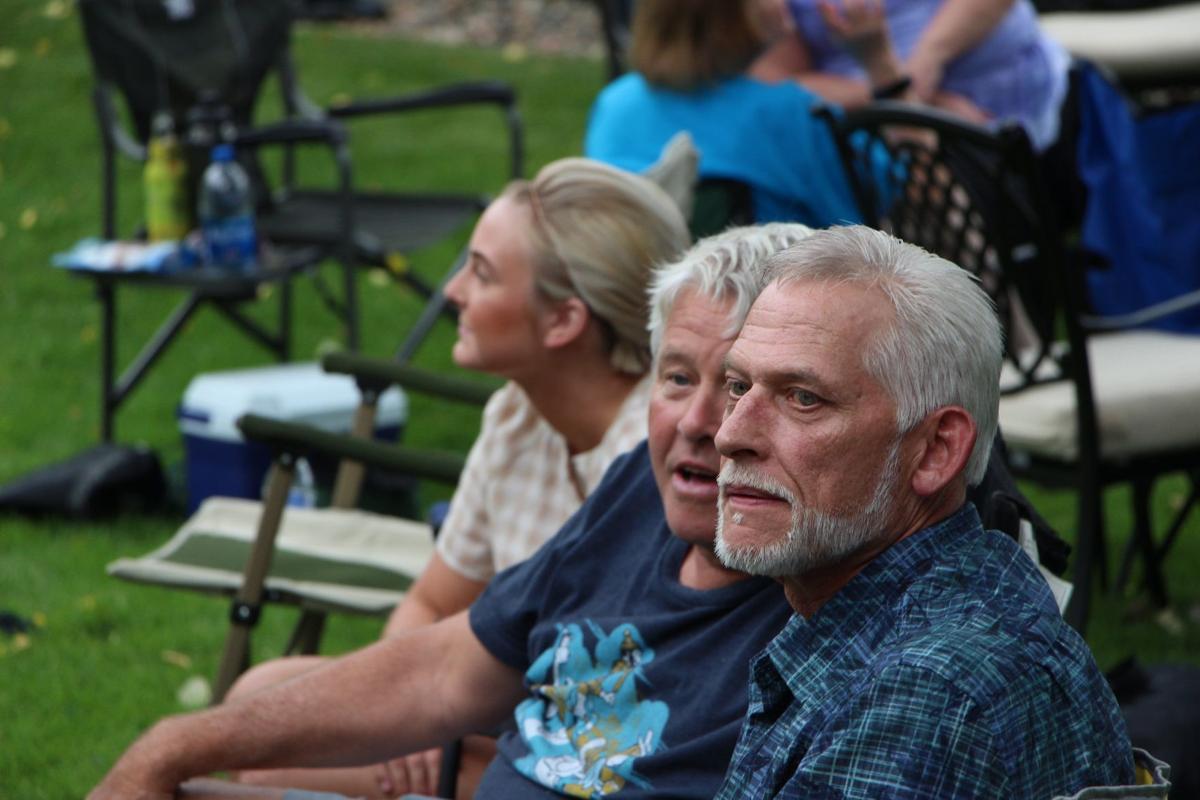 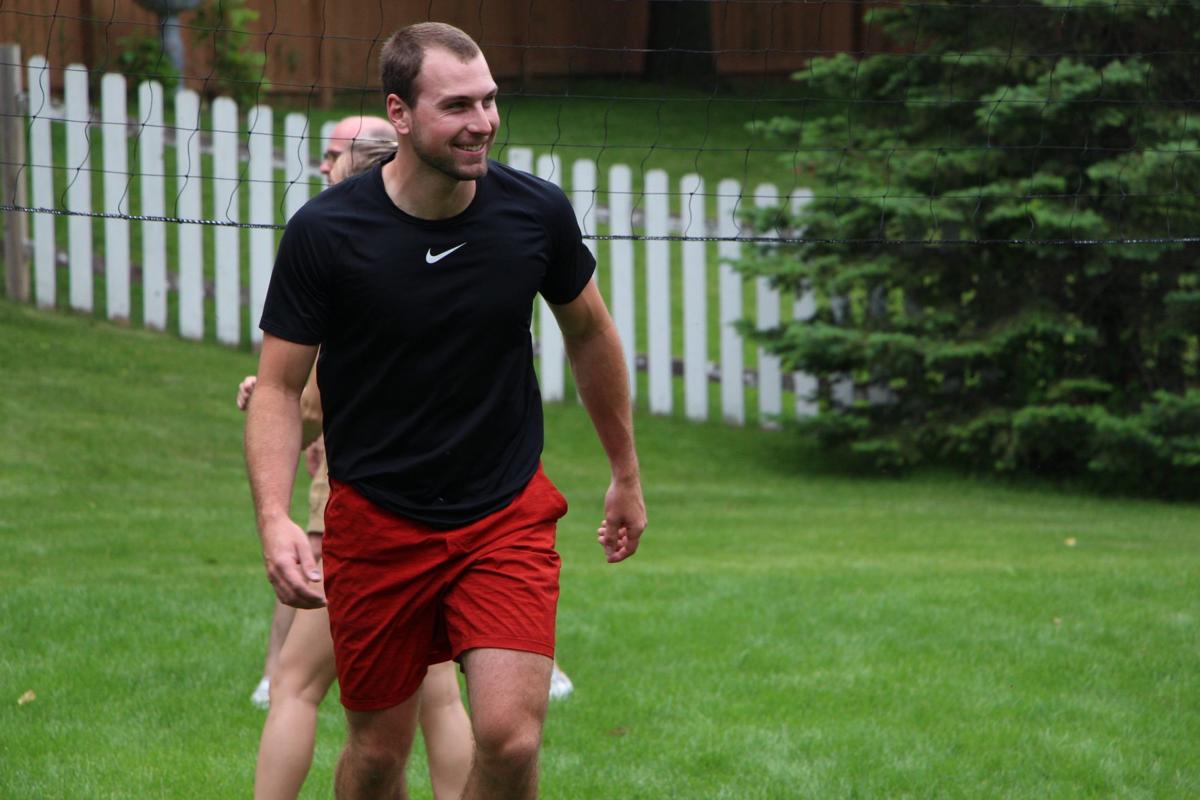 Neighbors at the Wing Fling compete in a volleyball tournament while older guests observed from lawn chairs Saturday night. Many of them were young children when the first Wing Fling celebration took place in 1999.

A public works excavator clears fallen trees after strong storms swept through the area in 1998.

It was late afternoon on May 15, 1998, when straight-line winds blew through the south of the metropolitan area carrying a combination of marble- and golf-ball-size hail and heavy rain.

Savage residents were still assessing damage to their homes 15 days later when a stronger, more powerful storm tore through the region with up to 100-mph winds that yanked away fences and roofs and destroyed several homes.

One of the hardest-hit areas in Savage was the Highland Pond neighborhood. Joe Draeger, a Highland Pond resident, remembers both storms vividly.

“We got everybody in the basement, and you could hear the hail breaking panes of glass,” he said of the first. “It was pretty widespread because we were without power for two and a half days.”

In the spring of 1999, the neighborhood decided to gather in remembrance of the devastation and celebrate the community efforts that restored the area in the storm’s aftermath.

Rain or shine, the neighborhood has held the celebration each year since. They call it the Wing Fling, set for June 15 this year. Draeger and his neighbors host the event across three yards, where Draeger says they deep-fry 60-70 pounds of chicken wings donated by Buffalo Tap along with french fries and blooming onions.

“Everybody brings a dish to share,” he said. “You wouldn’t believe the amount of food that we have.”

Draeger says they play volleyball in his backyard and sometimes set up a movie screen and yard games.

“The significance for me is getting to know your neighbors,” he said. “For some communities, the people don’t even know their next-door neighbors. It’s just a lot of respect and a lot of love for all that we went through and how we survived it by coming together and helping each other out.”

The second storm was part of what is now called the Southern Great Lakes Derecho of 1998, which traveled more than 900 miles from southern Minnesota to central New York in 15 hours. The Scott County Sheriff’s Department said seven homes were destroyed, 88 had major damage and 353 had minor damage.

Jennifer Savik and her family have lived in the Highland Pond neighborhood for 22 years. The event crushed their daughter’s backyard play set and blew the neighbor’s basketball hoop into their garage. Most of the bedrooms, windows and roof were damaged. The family was forced to vacate its home for nine months.

“I would never want to go through a storm like that again,” Savik said.

Kellie Johnson, a former Highland Pond resident, was out of town during the storm. What she first noticed when pulling into the neighborhood after the storm was a microwave sitting in the middle of the street. Johnson says she and her neighbors spent the entire summer with dumpsters in their driveways.

For Johnson and Savik, the Wing Fling provides outdoor fun, camaraderie and a chance to bring the Highland Pond community together.“Very few neighborhoods are like this,” Savik said. “We get together and we’ve all seen each other’s kids grow up.”

Beyond the yearly celebration, neighbors go ice skating and play pond hockey together in the winter, celebrate the Fourth of July with ice cream and coffee and take camping and hiking trips to Rochester.