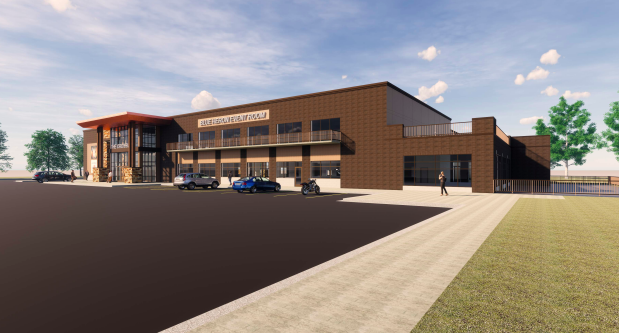 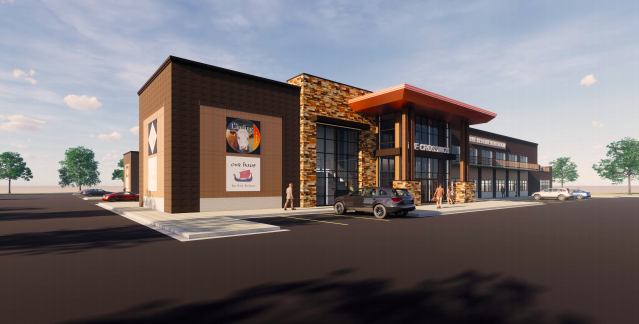 A proposed curling and event center can’t be built on a Savage farm unless the city sells some of its land to the developer, a project consultant told city officials this month, suggesting a sale price of $1.

The developers previously said the plan also hinges on the city’s financial support of the ice facility, which hasn’t been decided yet.

Developer and builder Greg Schweich, president of Prior Lake-based Copper Creek, is behind the plans to build an entertainment and recreation hub called The Crossings on the northwest corner of county roads 42 and 27.

City Council members said this week they were open to selling the land as long as the design doesn’t affect maintenance and utilities operations at the Credit River Water Tower. The request is for roughly 100-150 feet of land behind the city’s property line.

The proposed 55,500 square-foot center would include six sheets for curling, a food hall and two 21-plus event spaces. The plans also include trails around the natural wetlands and four other buildings for a medical clinic and other businesses.

The 18-acre hobby farm is the remnant of the once 600-acre Loftus family farm.

City officials have discussed a potential tax abatement for the proposal’s curling center but haven’t yet decided on it.

Tax abatement would lessen the debt to operate the ice facility. The city would redirect a portion of its property taxes back to the development through an abatement levy, meaning the city essentially loses out on collecting some of the developed property’s higher taxes.

Without the city’s financial support for the curling center, the land set aside for curling will be repurposed for a different type of commercial development, according to Mike Stout, a consultant on the project with Tamarack Consulting Group.

“Without the sale of City owned property as described, The Crossings Event and Entertainment Center is not possible,” Stout wrote city officials in a Jan. 6 letter. The letter suggested a sale price of $1.

Stout first presented the curling center plans to the council at a work session in June. Monday’s was the council’s first formal discussion of the plans since.

City officials requested money from the developer for an economic and market feasibility study at the first meeting, but the analysis hasn’t started yet because the city hasn’t received the money.

Stout said the development team wants to move through the site plan approval process before moving forward with the study.

City officials say they won’t decide on lending public support for the project until the study is complete. They’ll consider the land sale separately, however.

City Administrator Brad Larson said city staff have long discussed their willingness to look at land sale options to help develop the property, which is challenging to build on because of its shape and wetlands.

Larson said the development will likely need to rely on parking agreements with nearby businesses, but it’s hard to gauge exactly how much parking the curling and event center needs.

The development’s site plan was scheduled to go before the Savage Planning Commission last month, but the designs went back to the drawing table to find more parking spaces.

There is no tentative date scheduled yet for the site plan to return.

Loftus farm redevelopment plans move ahead, but curling center up in the air