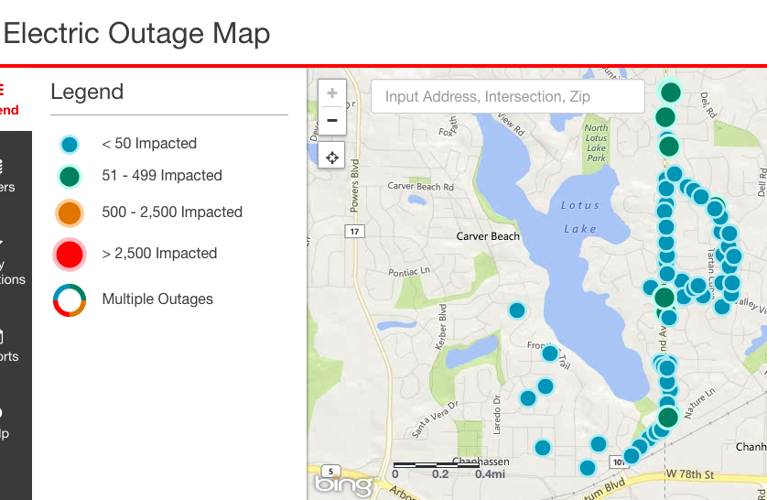 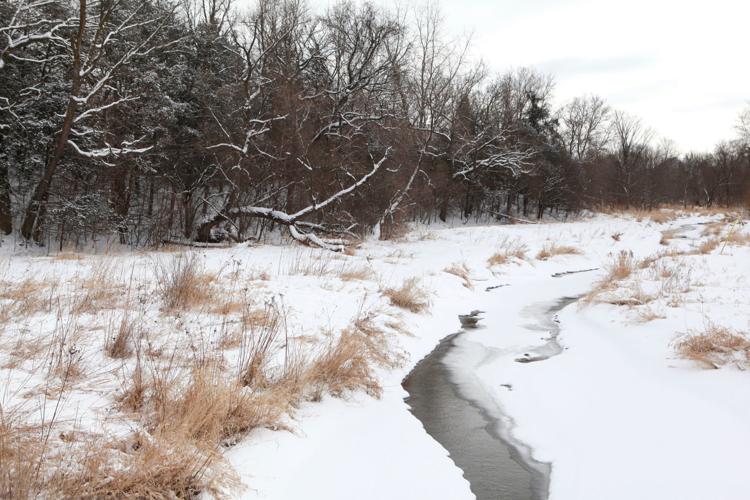 As the polar vortex made temperatures plummet Tuesday, Jan. 29, several thousand homes and businesses in the southwest metro lost power for a few hours because of a snapped line, an Xcel Energy spokesman said.

John Marshall with Xcel said at 6 p.m., an electrical outage hit about 5,000 customers. This was at the outset of a night in which the National Weather Service reported a wind chill dip to -55 degrees.

It all came down to the chilling stress for a power line on Highway 13 near Burnsville.

“However, in the cold, they can contract,” he said. “So what we found last night was one of the lines out there contracted and snapped the top of the pole and took out an additional pole with it.”

Residents at The Hamilton senior housing complex in downtown Savage were mid-potluck when the power went out, said the facility’s community manager, Terry Durant.

“They ended up dining by candlelight,” she said.

“They were right on it,” Durant said about the response of local police and fire. “It was very impressive.”

Operations continued without a hitch at the Savage Police Department and City Hall campus, where a diesel generator started up as soon as the outage hit, according to Savage Police Capt. Bruce Simon.

In Scott County, there are 39 areas identified to open as shelters during an emergency, McColl said, but it takes a large amount of logistical support to do so.

Checking temperatures in Savage homes helped responders get a sense for how much time they had before they’d need to take steps to provide shelter.

During the outage, McColl said city staff members and emergency responders patrolled impacted areas to check in with residents but didn’t encounter any emergencies.

Within the first hour of the outage, Marshall said, crews performed a system reconfiguration called switching that brought power back for 2,000 customers. Xcel tweeted it was aware of the outage and crews were working as quickly and safely as possible.

Nearly all had their power back on by 10 p.m., Marshall said, and Xcel prepared an additional 30 crews to work through the night.

“In this sense, it’s a little unique,” he said. “Usually in summer, when we see a weather event, it’s specific to one area. We were preparing for a broader footprint yesterday, and in the south metro all that preparation bore some fruit and we were able to get some quick responses.”

Many residents wondered what caused the outage. Some pointed to a crash at Highway 101 and South Shore Drive in Chanhassen. But Carver County Sgt. Kurt Schoening said while there had been a man who drove into a guardrail, the crash was unrelated to the power outage.

Savage resident Carol Johnson said she was with her family watching TV when power sputtered off.

Together, they found flashlights and called Xcel. At first, Xcel’s forecast time for the power return kept changed; when it was pushed to 3 a.m., the family weighed staying overnight at a hotel. They kept an eye on the thermostat and turned to card games and sitting next to the fireplace to pass time. Friends sent texts advising them how to prevent freezing pipes.

“My greatest concern was the possible damage to the house, and repairs, and all that stuff,” Johnson said. “Thankfully it didn’t come to that.”

As of 1 a.m. Wednesday morning, Xcel Energy showed a handful homes were still without power in the downtown Savage area. By mid-morning Wednesday, Marshall said, only 300 customers had power outages across the region.

Johnson said she was grateful for Xcel’s work in the cold to get power up and running again. Marshall echoed the same back to customers.

“It’s extreme weather, and we’re getting through it together,” he said.

Xcel Energy is asking customers to conserve energy during this week's extreme cold.