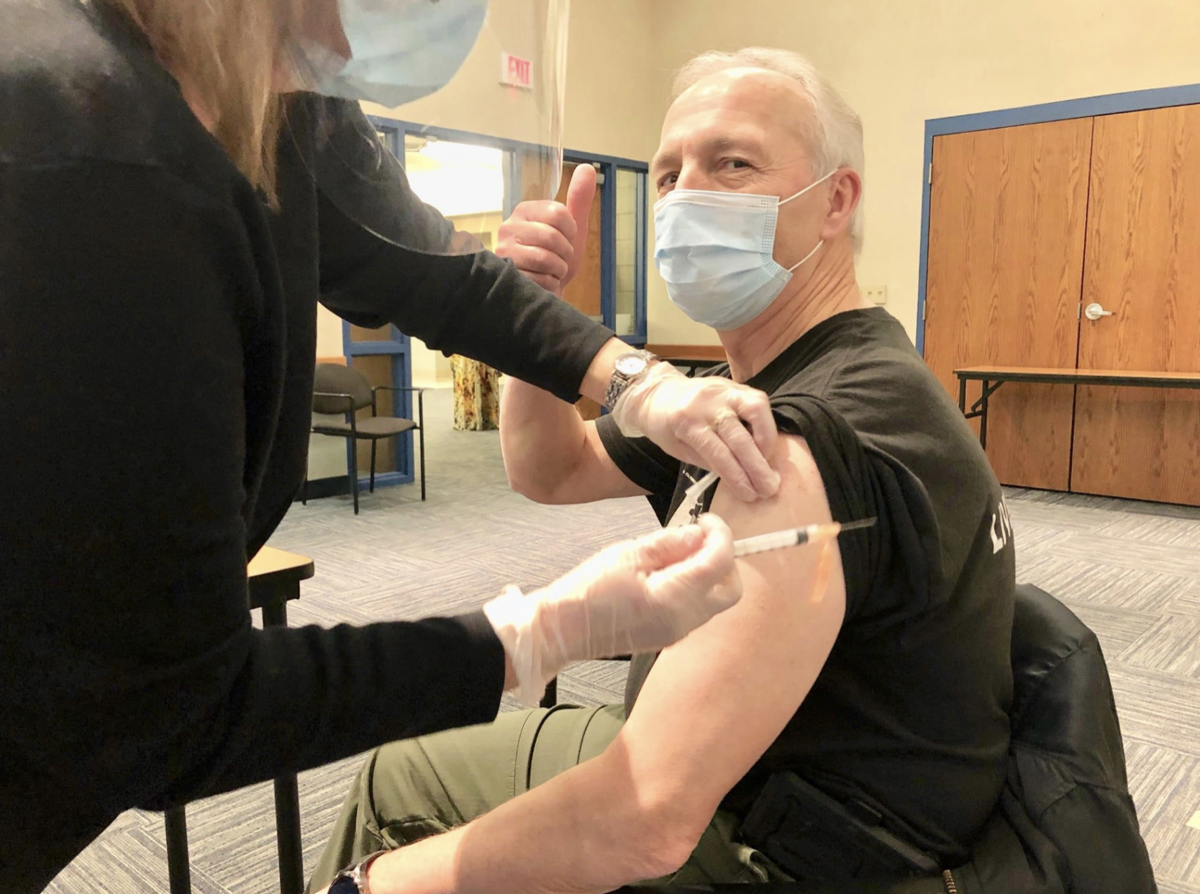 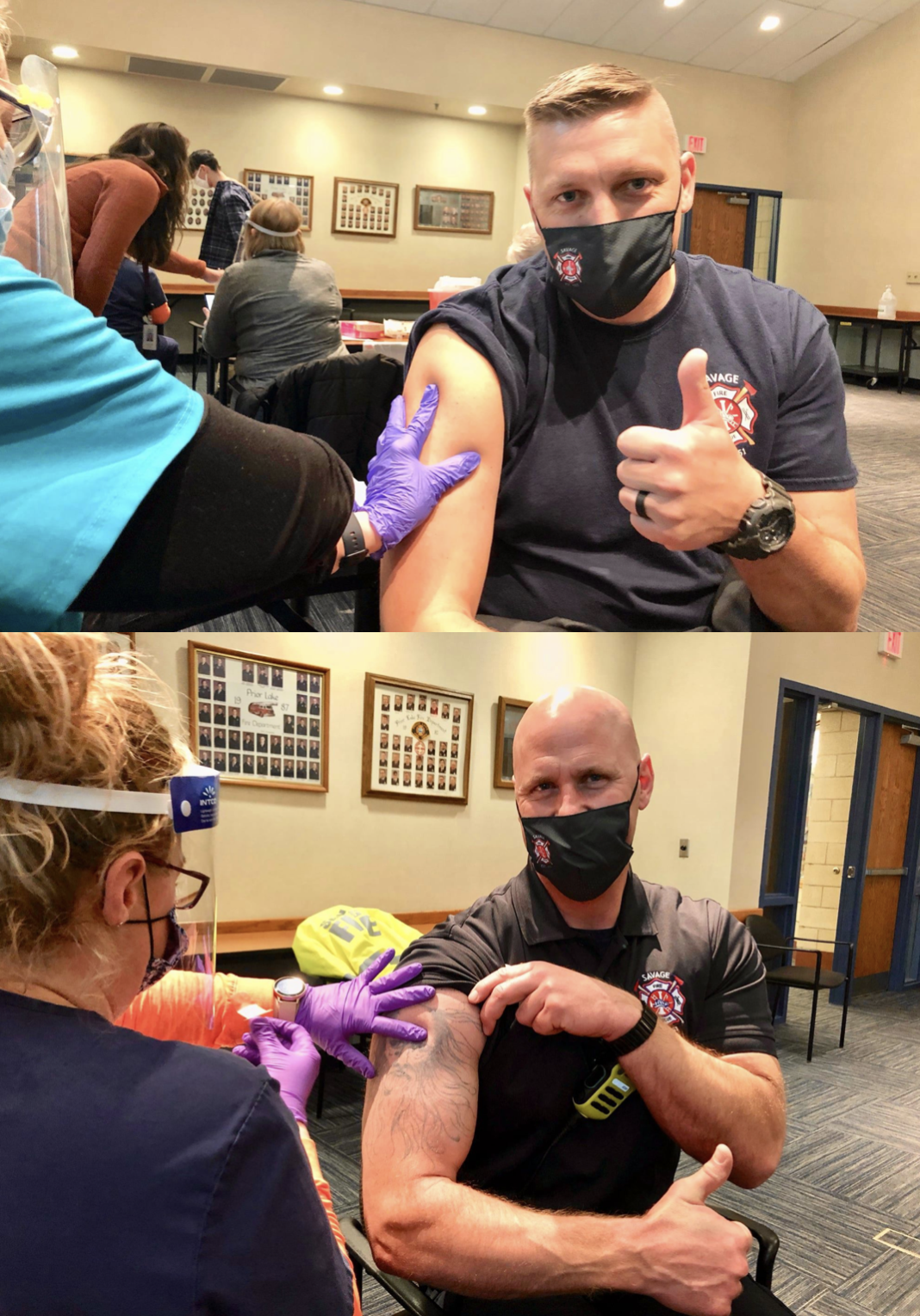 More than 3,000 individuals in Scott County have received at least one dose of the coronavirus vaccine, the Minnesota Department of Health this week.

Following vaccination clinics for local police and fire personnel last week, many of those vaccinated so far are local first responders.

Savage Fire Chief Andrew Slama said he's confident in his decision to be vaccinated, and trusts the science and approval process behind it.

"Additionally, I consulted my primary care physician for further insight," he wrote in an email to the Savage Pacer, adding he encourages others to do the same before looking to social media, "their Google Dr." or other online sources.

He said receiving the vaccine alongside other first responders was a humbling experience because those who signed-up showed a readiness to protect themselves, their loved ones and their communities.

Slama said the vaccine provides a sense of hope, and "a feeling that soon, this will be part of history," he said. "It won't solve all our problems, but it will put an end to a pandemic that certainly challenged our members, our residents and the entire world."

During a Scott County Board of Commissioners meeting earlier this month, Commissioner Mike Beard appeared virtually from Florida, where he said the "level of public angst and intensity" surrounding the pandemic is much less compared to Minnesota.

During the meeting, Beard asked Scott County Public Health Director Lisa Brodsky if those who've received the vaccine will be later tested for COVID-19 "just to be sure that it's working."

"Do you anticipate we'll see a drop in the infection rate?" he asked. "Those so-called 'cases' that we hear about?"

"We know the vaccine, from scientific evidence, is 95% effective," Brodsky said.

"It's been very well tested," she continued, adding a reduction in cases is expected particularly in congregate care settings, which have been hit repeatedly by deadly outbreaks.

Statewide, approximately 5.2% of residents who've tested positive for the virus have required hospitalization.

This percentage trends above the state average in Burnsville, where 6.5% of residents with a positive test have required hospitalization, according to data reported by Dakota County.

This week, the Minnesota Department of Health launched a new online dashboard to share statewide and county-level vaccine distribution data.

As of Jan. 10, the state reports 146,901 Minnesotans, or approximately 2.7% of the population, have received at least one vaccine dose, and 7,928 Minnesota have completed the two-dose series.

Residents aged 65 and over account for roughly 14% of those vaccinated.

Percent of metro population vaccinated by county as of Jan. 10:

Mahnomen County in northwest Minnesota reports the highest rate of vaccination with nearly 13% of the population having received at least one dose as of Jan. 10.

State health officials say the dashboard might not reflect Minnesotans who were vaccinated by an entity receiving doses directly from the federal government, such as Veteran's Affairs.