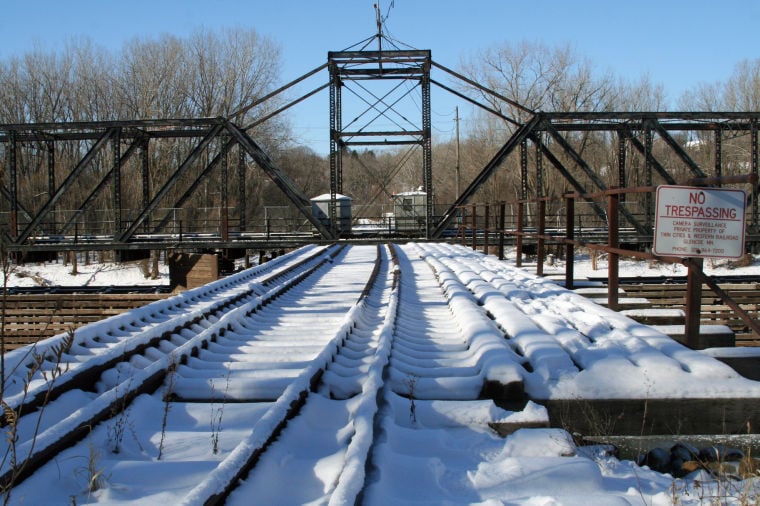 The Dan Patch Line Bridge, also known as the swing bridge, provides a Minnesota River crossing from Savage to Bloomington. Local officials hope to include the line in a Minnesota Department of Transportation study into possible commuter lines. 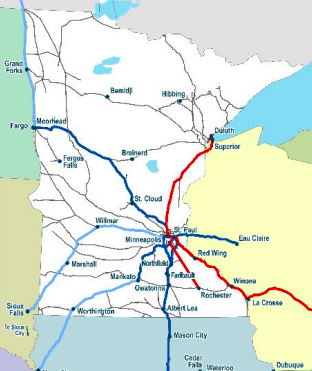 The Minnesota State Rail Plan, published in 2015, identifies two routes connecting south central Minnesota to the Twin Cities as projects to be studied by the Minnesota Department of Transportation.

Existing freight rails connecting south central Minnesota to the Twin Cities, including tracks in Savage, are next in line to be studied for possible passenger rail service by the Minnesota Department of Transportation.

“We are not introducing passenger rail,” she said. “We are restoring it.”

State bonds can’t be used on feasibility studies, so the department has requested $500,000 in state general funds to study the corridor. Rail supporters urged legislators to grant the request this year.

Savage Mayor Janet Williams is a longtime supporter of studying passenger rail in the region.

“We aren’t going to be able to build ourselves out of this congestion,” she said, referencing projections that indicate regional roadways and river crossings will be over capacity to the point of failure by 2040.

The two existing routes identified in the state rail plan both connect to Minneapolis, the University of Minnesota and the St. Paul Union Depot. From Northfield, one route branches east through Rosemount to land in St. Paul, and the other route branches west through Savage to end in Minneapolis.

The corridor mapped out in the Minnesota State Rail Plan includes the existing tracks connecting Savage to Minneapolis, formerly known as the Dan Patch Line. But a law prohibiting the Dan Patch Line from being studied by state agencies hasn’t been repealed despite local legislators’ efforts.

The Dan Patch Moratorium, better known as the “gag order” among local officials, was pushed into the 2002 Senate transportation bill by Republican lawmakers from Bloomington and Edina.

The moratorium bans state agencies and the Metropolitan Council from spending anything on work that would further explore the possibility for commuting on the line. It also required that references to the railroad be erased from various documents.

However, Nakasian said the moratorium only refers to a limited concept of passenger rail on the Dan Patch, whereas the study approved by the Department of Transportation focuses on the much broader concept of regional passenger rail.

Rep. John Koznick, R-Lakeville, is one of the region’s opponents to passenger rail.

“Those that are advocating and thinking this is such a great idea aren’t counting the dollars,” he said, adding most voters would rather invest in roads and less expensive means of providing transit.

Koznick said he’d like to work on expanding express bus options and believes previous state studies have ruled out passenger rail as a viable option for the region.

“Passenger rail is just a loser for the state,” he said.