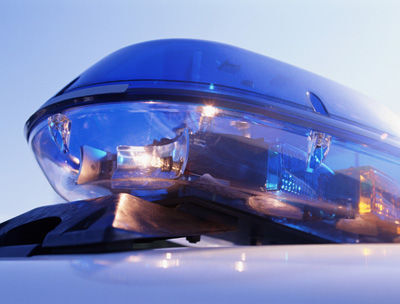 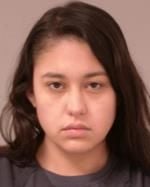 Police in Shakopee and Prior Lake say that Sophia Rose Makesroomforthem broke into the Shakopee home of her ex-boyfriend, threatening him, his roommate and his roommate's dog in the early hours of Nov. 10. Police said she also got into an altercation with her boyfriend late that night.

The Scott County Attorney’s Office charged Makesroomforthem with breaking into an occupied dwelling, possessing a dangerous weapon and committing an assault for the Shakopee incident. Each charge carries a maximum sentence of 20 years in prison, a fine of $35,000 or both.

The office also filed a felony second degree assault charge for an attack with a dangerous weapon for the Prior Lake incident.  That charge has a maximum sentence of 7 years imprisonment, a $14,000 fine or both.

Shakopee and Prior Lake police late Sunday arrested Makesroomforthem at her home in Prior Lake. She said she had not been at her ex’s house earlier that day.

The Shakopee criminal complaint filed Monday states she went to the home of her ex-boyfriend early Sunday and began screaming at him and beating on his basement window. The man said he was trying to brace against the window when the woman broke through the glass and entered his bedroom.

The man’s roommate told Shakopee Police he and his dog went to investigate a loud sound coming from the bottom floor of the residence. The roommate said he saw the broken window and Makesroomforthem walking toward the other man with a shard of broken glass. He pushed the woman onto the bed, then both men ran from the room.

The complaint states the men then heard Makesroomforthem tell the roommate was either done or dead. The roommate re-entered the room and forced the woman out of the house. The dog was uninjured.

The Prior Lake complaint says police were on their way to a suspicious hang-up call when they realized that the residence was registered to Makesroomforthem. She was sought by Shakopee Police at the time.

When Prior Lake Police arrived, the woman answered the door and was arrested. The officers met a man with a bloody towel wrapped around his hand.

Another man in the home told the officers that Makesroomforthem and the injured man had been in a dispute when he heard the man scream and saw the woman come at him with a knife.

The injured man told police that Makesroomforthem had cut his hand and that he had been scared for his life.