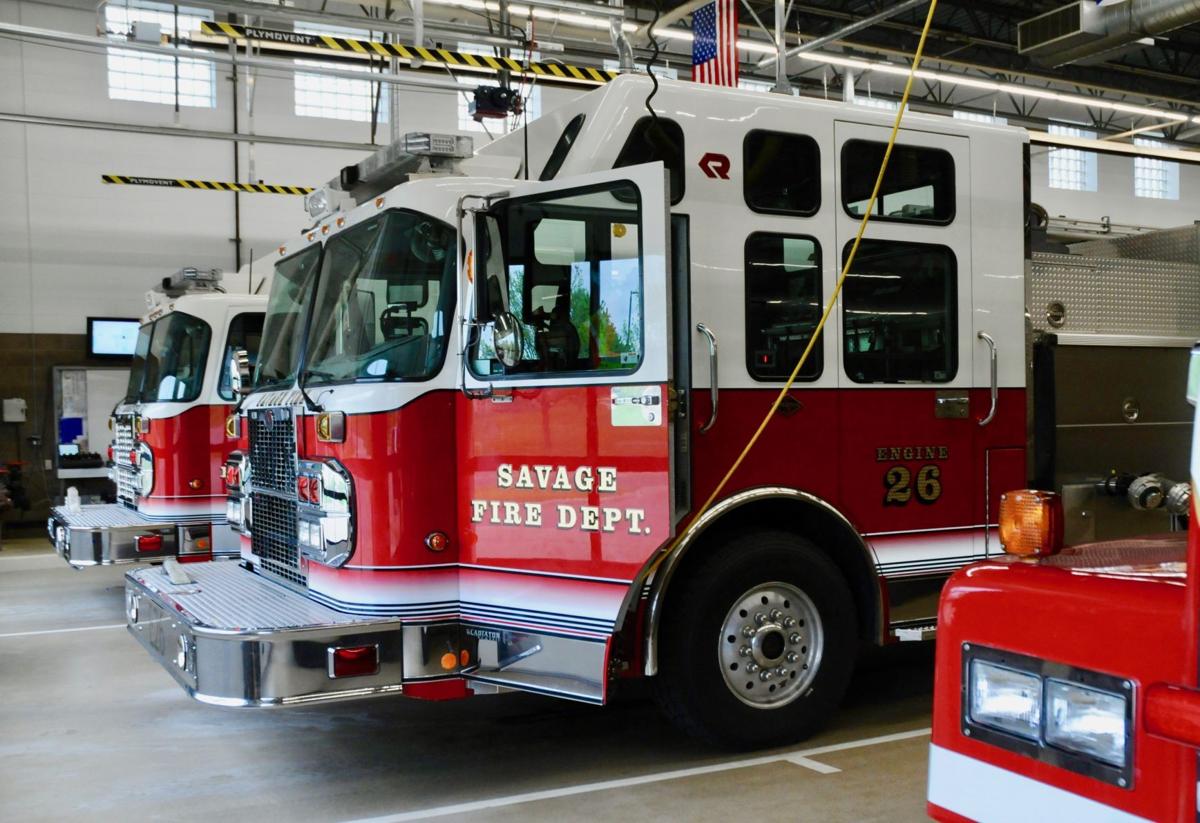 Savage's first full-time firefighters could join the Savage Fire Department next year under a proposal supported by city officials this week.

The change would provide around-the-clock fire station coverage to Savage residents, who've relied on volunteer firefighters to drop everything and respond to their emergencies for nearly 70 years.

Demand on fire services continues to grow exponentially, while the average age and experience level of Savage firefighters trends downward.

Training requirements have gone through the roof, Slama said, and the time commitment of firefighting remains the No. 1 reason interested residents don't join, and current members decide to retire early.

"We have a young department that continues to turn over frequently and that creates variables in our fire response," he said, adding variables are never without risks in the emergency response world.

Adding some full-time positions to provide around-the-clock coverage at one of the city's fire stations won't completely fix the department's issues, Slama said, but it's a first step to ensure the system doesn't bend until it breaks in the short-term.

Councilors agreed it's time to invest in the department, and several thanked Slama for his leadership in bringing a proposal forward.

Andrain Roach, the fire chief at the time, resigned the next month. In his resignation letter, he wrote the volunteer model “has been proven to be not as effective and reliable as it once was due to current work and family demands, and our citizens and visitors deserve better.”

Joel McColl, the longtime fire chief who led the department before Roach, also forecasted changes coming to the department during his retirement speech in April 2019.

“Changes are quickly occurring in the fire service that will demand tough decisions related to expected levels of customer service from our new residents and future staffing needs due to the growth and availability of the firefighters currently serving you and your residents,” he said.

The past two years set record calls-for-service levels for Savage's department, and 2020 is showing another sharp increase.

Slama, who took the helm in October, has already led the city through adding additional paid-on-call command positions, and adding a temporary duty crew to quicken response times and promote firefighter safety during COVID-19.

In 1965, the department grew to 35 firefighters. Today, with two members on-leave, there are 31 active firefighters on the roster.

The department became authorized to hire up to 40 firefighters in 1990. The authorization hasn't increased in the 30 years since, and the department has struggled to keep a full crew.

In 2018, the department had 40 firefighters, but the roster dropped to 35 members last year and experienced another dip this year.

It's harder to commit your life to Savage Fire as a volunteer, Slama said, especially with more data illustrating increased risk of cancer, post-traumatic stress disorder and cardiac arrest.

Savage firefighters make about $15 an hour and don't receive holiday pay. Last year, the department responded to a cardiac arrest on Christmas Day.

When it comes to regulatory requirements, there's no difference in training between a volunteer firefighter and a career firefighter.

With fire skills academy and medical responder training requirements, it usually takes a full year after someone is interested in the department to be rolling out on a firetruck.

"It forces us to not only size-up the fire, but we have to size-up our crew," Slama said. "We can have three one-year firefighters on a truck together — we cannot give them the same assignments as a staff with more training."

Paid-on-call staff will supplement the full-time crew. These firefighters would be able to sign-up for shifts and become part-time employees.

On Aug. 10, the Council will be presented a preliminary look at next year's general fund budget. They'll set the preliminary budget levy in September, before adopting final budget figures in December.

"Savage has always had a reputation of an excellent fire department," said Savage Mayor Janet Williams, adding many things have changed since the days her two brothers were in the fire service.

Back then, she recalled, some of the town's employers such as Cargill, Silgan and Fabcon would let workers leave the job to respond to a fire.

Several longtime Savage firefighters have also described a culture-shift away from putting the fire service before family. It's for the better, they said, but the department needs to adjust so its members can find the balance.

“It’s a different era and a different time and we need to make some changes," Williams said.