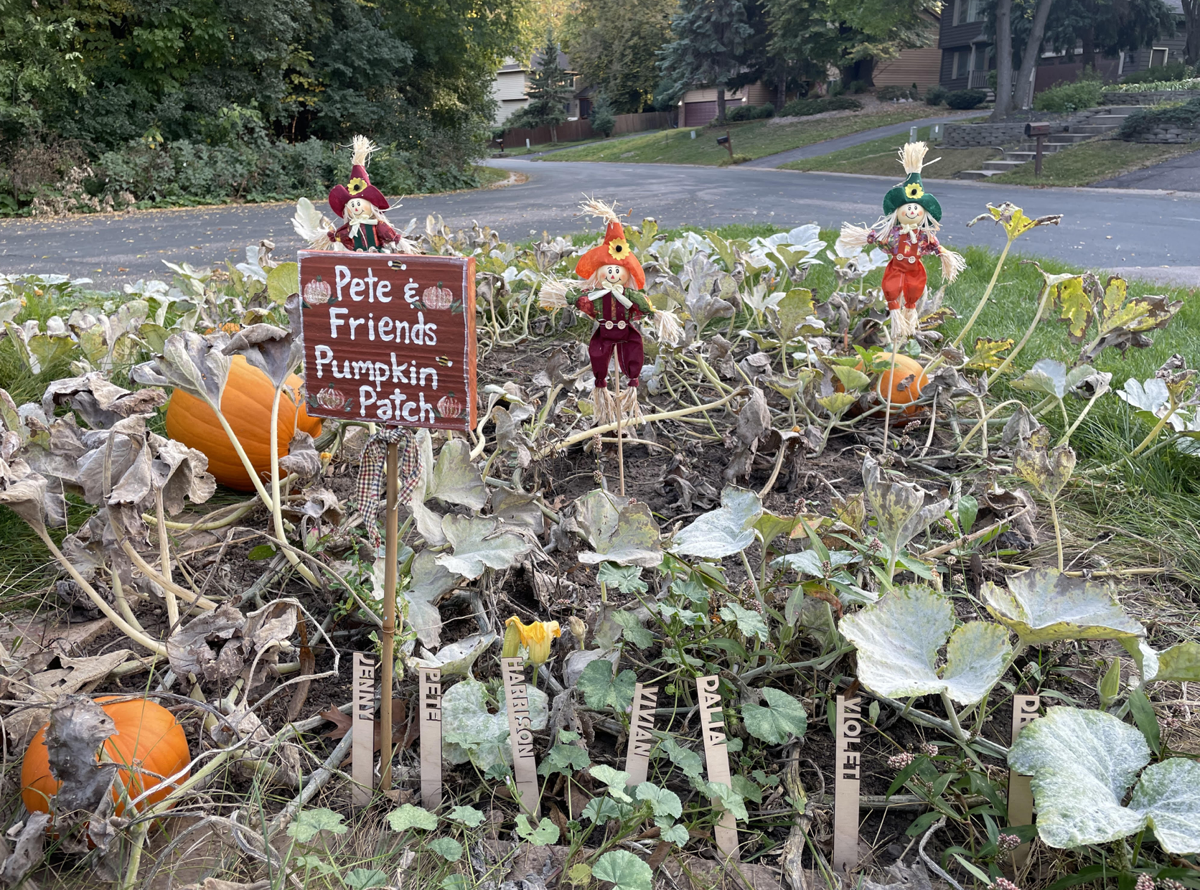 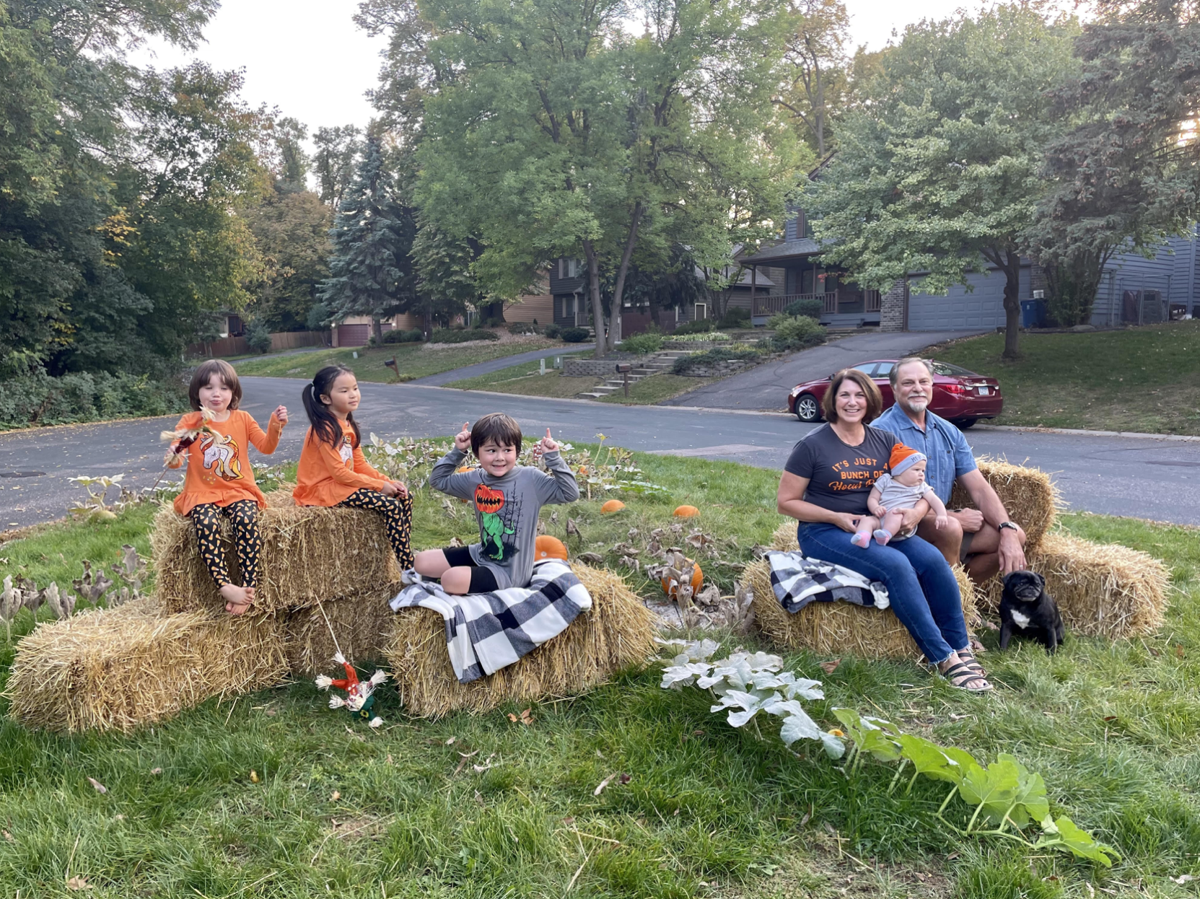 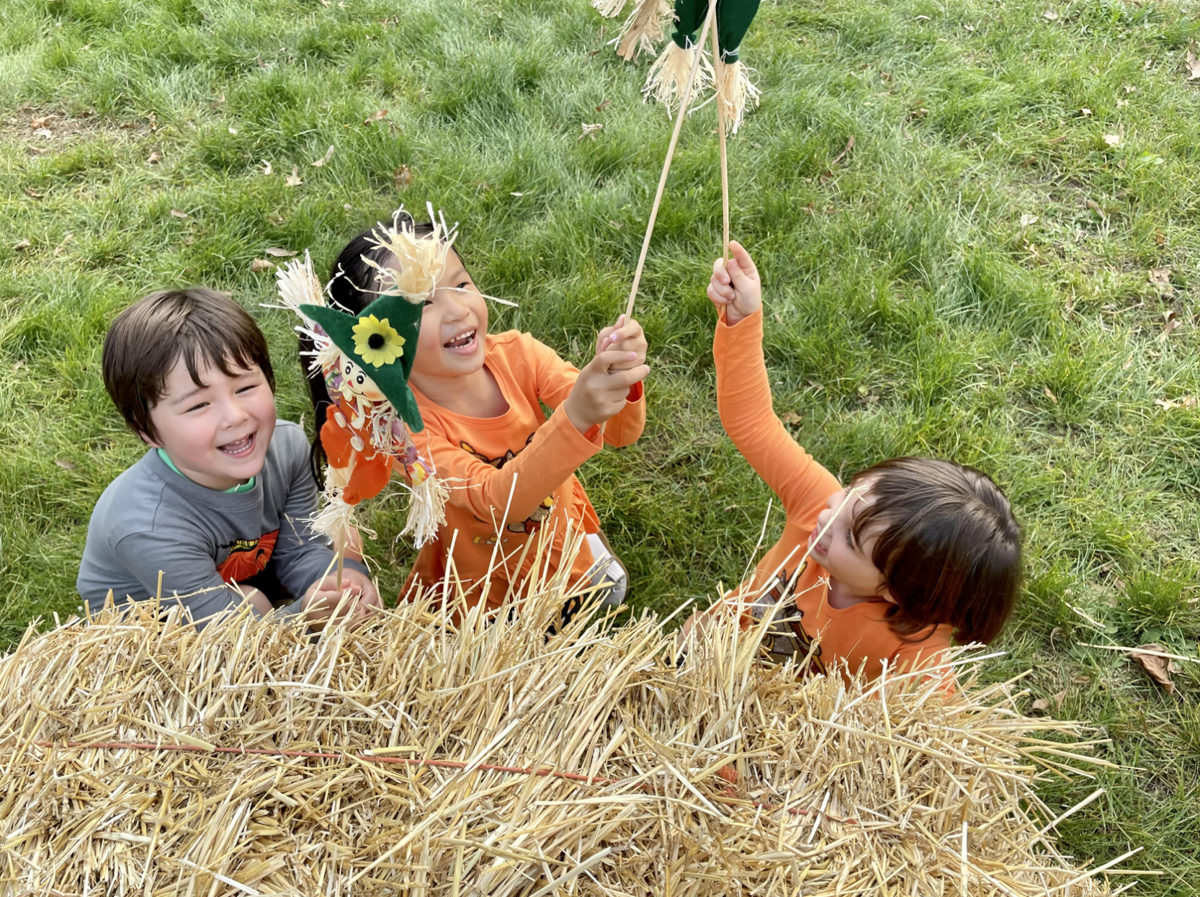 The quiet cul-du-sac in Savage where Peter and Jenny Schmitz raised their children had grown quieter over the years since they’d become empty-nesters alongside many of their neighbors.

Then, last summer, a wave of young families moved to Yosemite Avenue S., and soon the cul-du-sac overlooking the Savage Fen bustled with young children again.

It was 2001 when Peter Schmitz, who grew up in downtown Savage and moved back to the city in 1989, brought in a load of black dirt to establish a neighborhood gathering place in the middle of the cul-du-sac.

Neighbors would sit around a campfire, he recalled, and the kids would make s’mores and play flashlight tag. Eventually, with the neighborhood kids all grown, the center median grew quiet.

In June 2020, Mindy Plewacki and her family made the move to the suburbs from Minneapolis and bought the house next door to the Schmitzes.

Soon, Harrison Plewacki, 5, befriended Violet Hollenkamp, 3, and Dalia Quach, 6 — all were new to the neighborhood.

That’s when Peter Schmitz decided to try something he’d attempted for his own kids two decades ago — growing a pumpkin patch in the median.

This time, the pumpkins took off like wildfire, and so did a friendship between the neighborhood kids and their friend, “Pete.”

Jenny Schmitz said her husband is a kid at heart and the mastermind behind the pumpkin patch, which is complete with details such as a handprinted wooden sign reading, “Pete & Friends Pumpkin Patch.”

“It’s a blessing for us to meet these young children,” she said.

Mindy Plewacki said new families in the neighborhood hit the jackpot with the Schmitzes.

“They always say hello, they’re always willing to stop and chat and the kids just feel so comfortable walking over there,” she said.

Over the summer, the neighborhood kept watch over the pumpkin and sunflower seeds.

“Now that it’s fall, everyone is just so excited,” said Mindy Plewacki.

On a recent evening, the neighborhood kids, dubbed “the three amigos,” set off for the pumpkin patch in Halloween shirts and candy-corn printed pants.

The kids ducked behind hay bales and acted as puppeteers with small hand-held scarecrows peeking out over the top of the hay.

When asked his favorite part of the pumpkin patch, Harrison’s answer was simple; “Pete growing them,” he said.

For the new residents on Yosemite Avenue S., the pumpkin patch symbolizes a new chapter for the neighborhood and new traditions and memories to be made.

“It’s just really a neighborhood where everyone helps each other out,” Mindy Plewacki said. “It’s just all those little things you hope for in neighbors.”