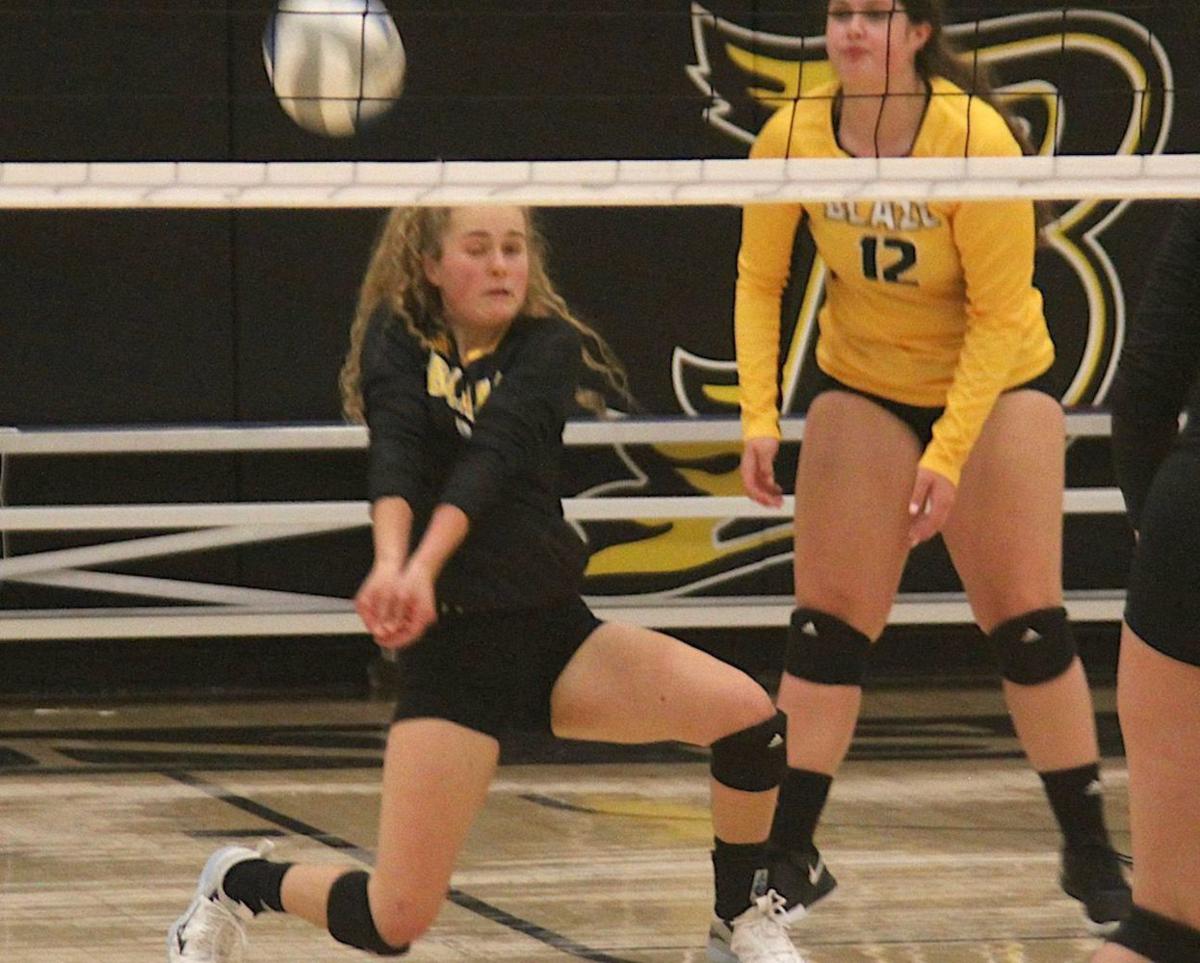 Senior Kara Klavins is back to help anchor Burnsville’s defense this fall as the Blaze hopes to improve in the South Suburban Conference. 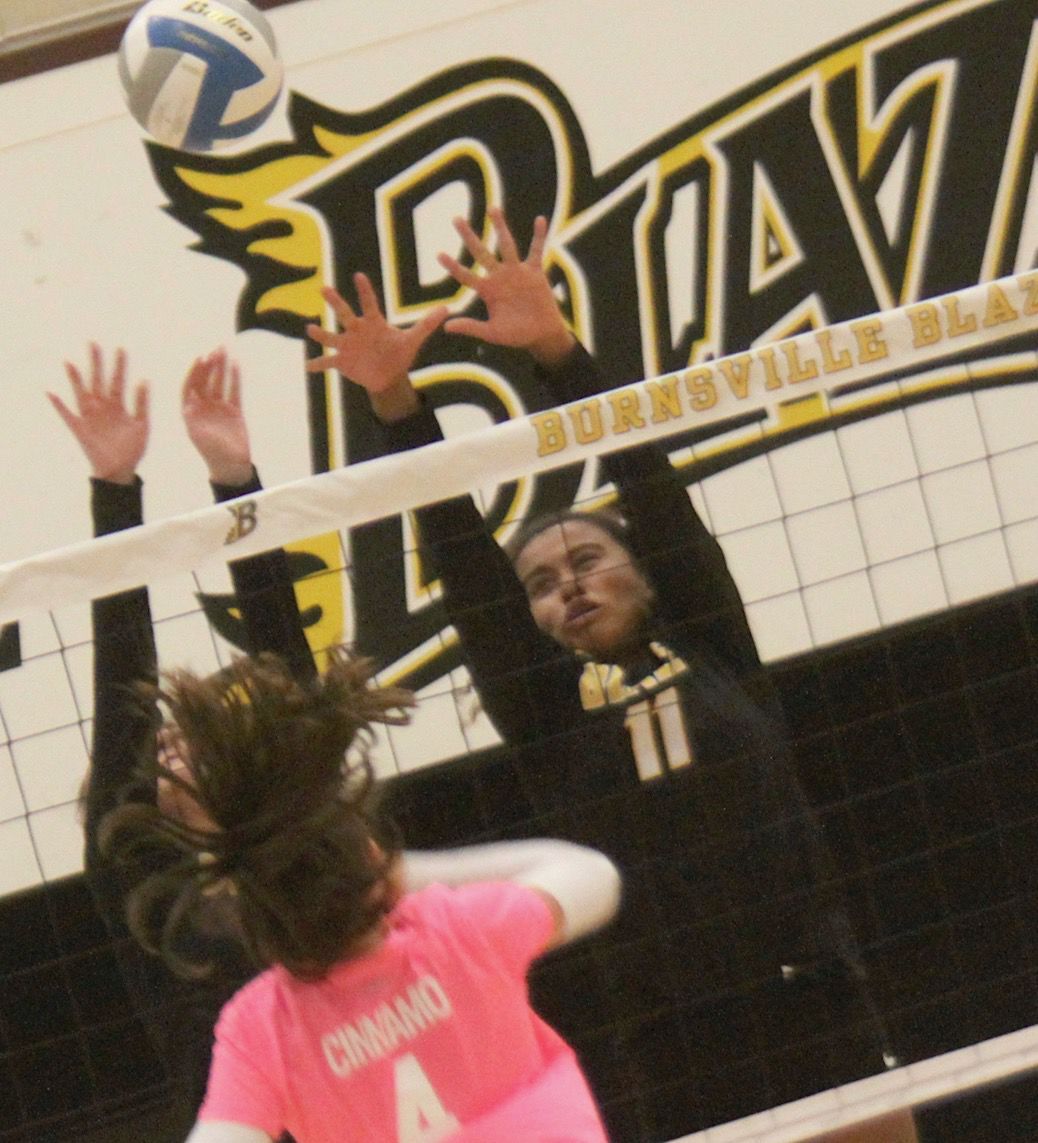 Sophomore Kiylah Franke will be one to watch Burnsville as middle blocker this fall.

Senior Kara Klavins is back to help anchor Burnsville’s defense this fall as the Blaze hopes to improve in the South Suburban Conference.

Sophomore Kiylah Franke will be one to watch Burnsville as middle blocker this fall.

There’s some talent back this fall and hope that Burnsville can make more noise in league play.

“We still want to keep competing and improving,” Wastvedt said. “But we want to end our season in the top five in our conference and give us a good opportunity to host as much as we can in our section tournament.

“We really think we’re developing positively and putting ourselves in a solid place to keep progressing our program to being a contender for a section title,” Wastvedt added. “We just need to focus on playing confidently and with energy. These girls have some great talent, but recreating a culture is difficult, especially for a young player, and these girls have responded well.”

Finishing in the upper half of the SSC won’t be easy. The league is loaded again this fall with four teams ranked in the first Class 3A poll — No. 1 Eagan, No. 3 Lakeville North, No. 5 Lakeville South and No. 7 Shakopee.

Heading into this season, Burnsville has a 3-51 conference record since 2014. The SSC has won six of the last 10 state titles.

The last time Burnsville won a section title was in 2009 when the program was third at state.

Senior Rilie Kupka and Fretheim each chipped in three blocks.

Against Farmington, Franke had 11 kills, while Fretheim had eight. Murray had 21 set assists and four aces, while Phommasengkeo had nine digs and Franke had eight.

Kupka led in blocks with three.

“Defensively, we finally have a block that can help our back court do their job a little better,” Wastvedt said. “We’re excited to keep improving our defense, so that we can develop an offense this year.

“Last season, we lacked having an offense and that really hurt us,” Wastvedt added. “We finally have some firepower along the net and some solid options to keep us in some bigger matches.”

Due to the ongoing pandemic, the regular season this fall has been shortened to just 14 matches. In a normal season, teams play as many as 26, which includes three to four tournaments, before starting the playoffs.

Wastvedt said his team took all the uncertainty in stride.

“We’ve made sure that we have communicated every step together and are finding positives in every moment,” he said. “I’ve been extremely impressed with their positivity and continued motivation to compete.”

“We have a mixture of experienced players and new players on our varsity roster,” Wastvedt said. “We’ve developed a strong fundamental and defensive base from last season, anchored by Phommasengkeo and Benson. We now have more offensive options for our setters Shannon and Julia.

“We’ll lean on Kiyah’s, Emma’s and Rilie’s experience to establish a solid offense and have Mesaiya, Caitlyn and Evelynn support that,” Wastvedt added.