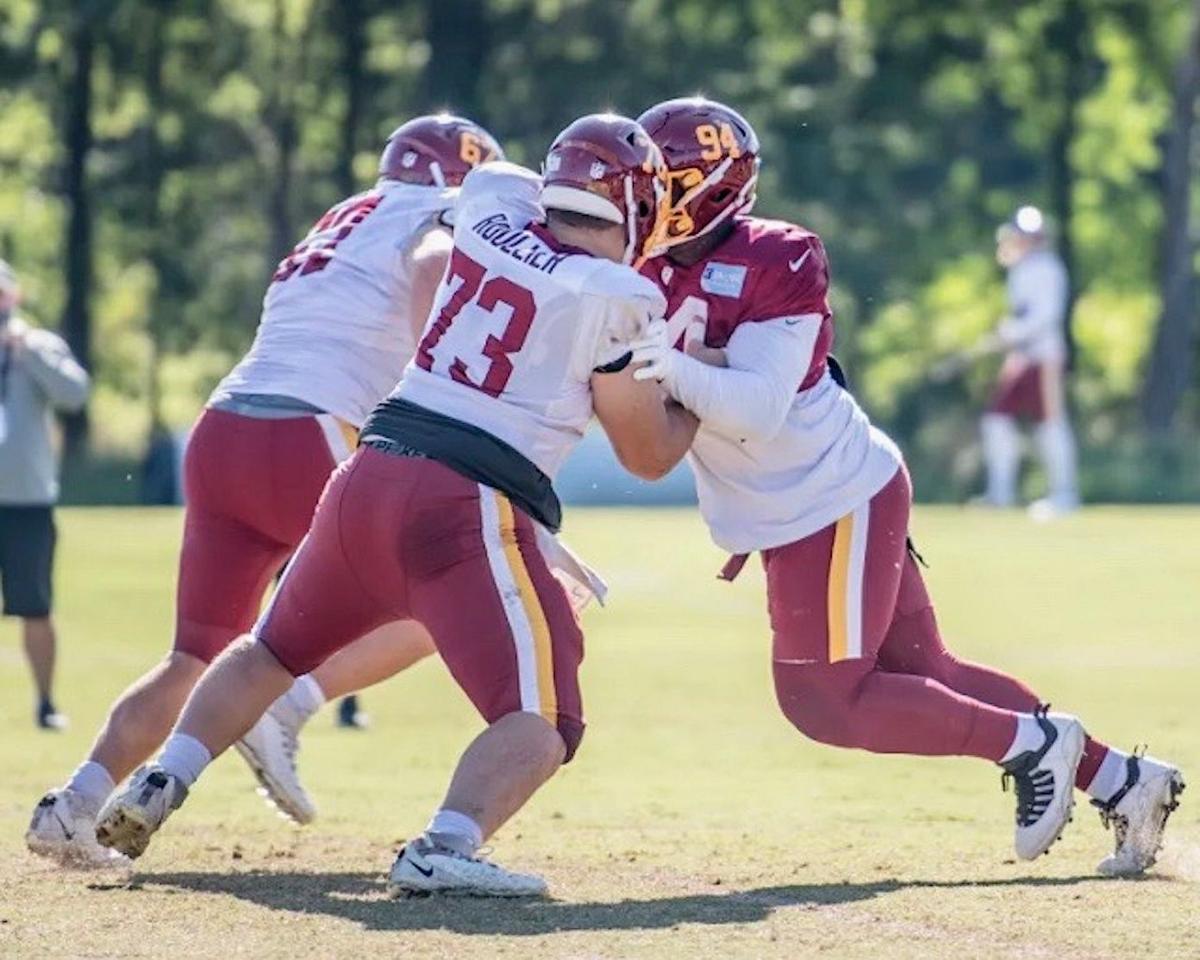 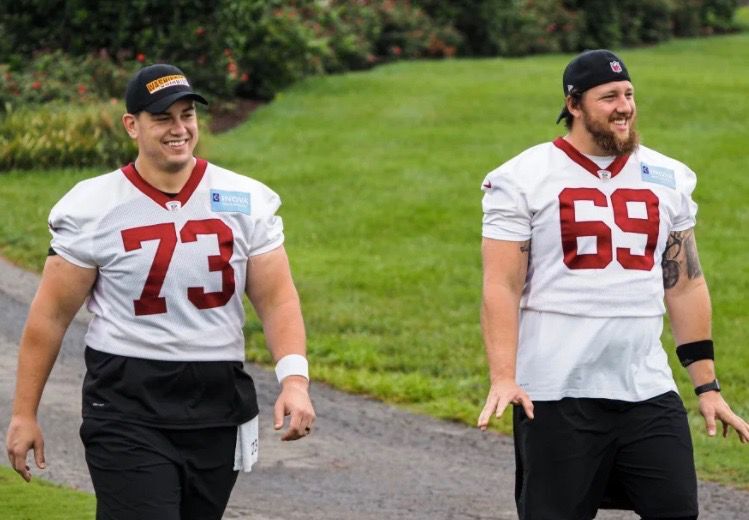 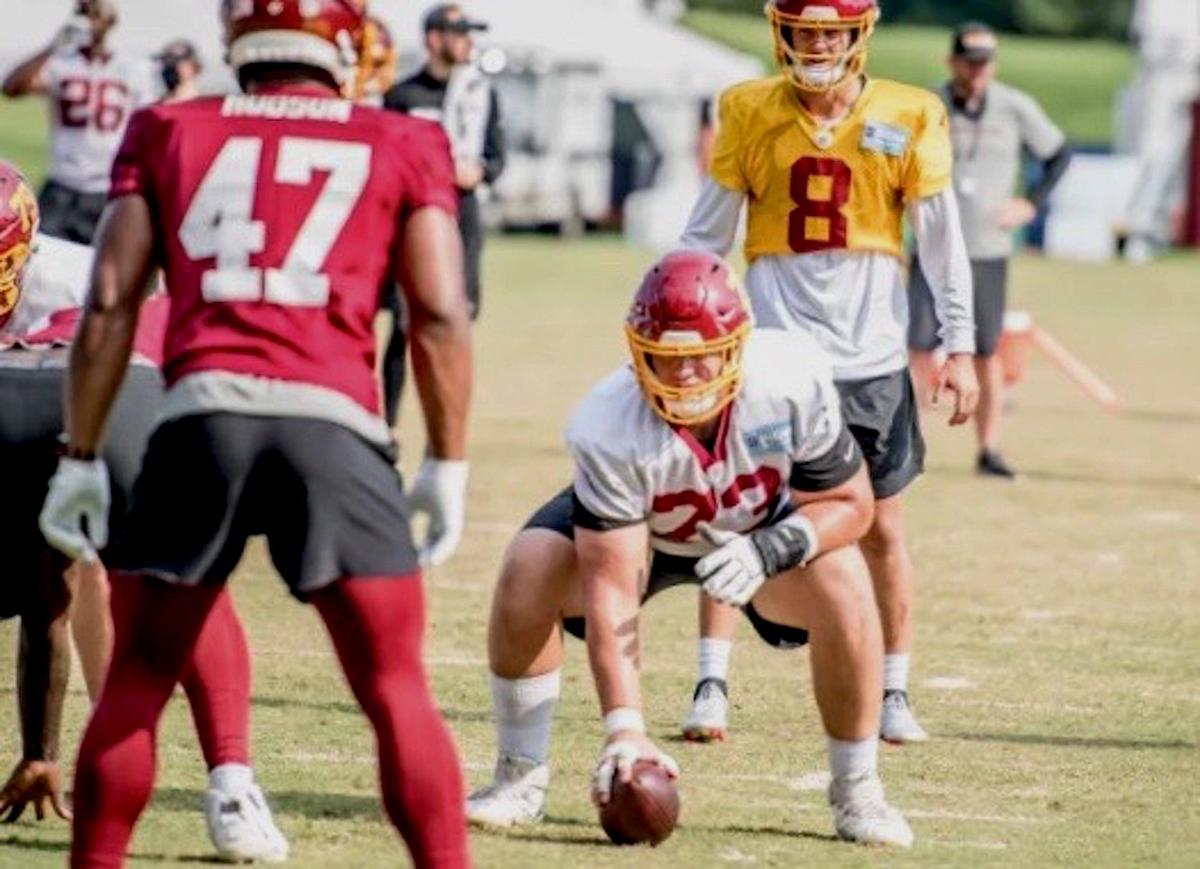 Chase Roullier has started 37 of 43 games at center in his first three seasons in the NFL for the Washington Football Team.

Chase Roullier has started 37 of 43 games at center in his first three seasons in the NFL for the Washington Football Team.

Chase Roullier is no longer a young upstart in the National Football League looking to make his mark.

The 2012 Burnsville High School graduate is now an NFL veteran, and he’s in a contract year with the Washington Football Team. He’s started 37 of 43 games at center in his first three seasons.

Roullier’s fourth campaign could be the most challenging. The team has a new coach in Ron Rivera, a second-year quarterback in Dwayne Haskins, the uncertainty of how COVID-19 could impact the season, a new team nickname, sort of, since the old one was banished due to its racial overtones and a potential impending free agency.

But the 6-foot-4, 312-pound Roullier is taking it all in stride and controlling what he can control.

“Going into the final year of my contract, I look at it as the same as every other year,” Roullier said. “I’m going out there to play to the best of my ability and prepare the most I possibly can like I have every other year.

“I need continue to do what I have been doing, and that is prepping as much as I can and playing as hard as I can in practice and in games,” Roullier added.

Washington opens the season Sept. 13 at home versus Philadelphia. Roullier is expected to be starting at center again in the opener.

Training camp for the NFL started in July. It’s been different this year as teams have practiced at their own facility and not at outside locations. There are no preseason games either.

“On both sides of the ball, we are learning a new offense and new defense,” Roullier added. “There’s some growing pains with that. But there are a lot of similarities as well that have enabled us to take the new offense in stride.”

Roullier and his teammates are also dealing with the cancer diagnosis of their new coach. Rivera was diagnosed with squamous cell carcinoma found in a lymph node in his neck. The cancer is in its early stage and is considered curable, so Rivera is continuing to lead the team.

“That came as a shock to me,” Roullier said. “He felt it was the right thing to do to let us know before it got out to the media. We appreciated that. None of us had any idea that was happening. All of us are trying to stand together for him and as a team being able to push forward.”

On flip side, there’s veteran quarterback Alex Smith, who likely will backup Haskins to open the season. The fact that 36-year-old Smith is on the field taking snaps from Roullier and throwing passes is nothing short of a miracle.

Back on Nov. 18, 2018, Smith suffered a spiral and compound fracture to his tibia and fibula in his right leg when he was sacked. Following surgery to repair the bone, Smith developed life-threatening necrotizing fasciitis that resulted in sepsis.

He nearly lost his life and then his leg. Seventeen surgeries over the course of nine months, including transferring muscle from his quadriceps, and a long rehab process, Smith was cleared to play before camp and back on the field.

“The first time we saw him out there in that 9-on-9 drill I think everyone was pretty amazed,” Roullier said. “We had all hoped he’d be able to get back where he is now and continue to push forward as well. It was a tough situation for such a long time for him. He’s worked so hard to get where he is right now.

“We respect him so much for what he’s done, and so happy for where he is now and excited to see him back on the field,” Roullier said.

Part of being in the NFL is seeing great stories like Smith’s up close, playing with future Hall of Famers like Washington running back Adrian Peterson, dealing with new coaches and new systems and figuring out the business side of the game.

At Burnsville, Roullier earned Associated Press All-State first-team honors as an offensive lineman his senior season. He was voted the South Suburban Conference Lineman of the Year and was one of the final 25 nominees for Minnesota’s Mr. Football award.

He followed playing four seasons at the University of Wyoming. In his junior season, Roullier was graded out by Pro Football Focus (PFF) as one of the top 10 graded offensive or defensive linemen in the nation. PFF rated him the No. 1 overall graded-out offensive guard in the country, which was based on what the website sees on film.

Washington liked what they saw and drafted Roullier in the sixth round (199th selection overall) in the 2017 NFL Draft.

Back then, Roullier was trying to earn a roster spot with the team. He was looking to make his mark, gain respect and find playing time.

He did all that on some struggling teams. Washington finished 3-13 last year and was 7-9 in Roullier’s first two seasons.

With Rivera in charge, Roullier said the team culture is changing. Rivera coached the Carolina Panthers from 2011 to 2019, taking the team to the Super Bowl in 2015.

That’s where Roullier wants to get, to the Super Bowl. He feels Rivera is the coach who can rebuild the Washington franchise and get the team there.