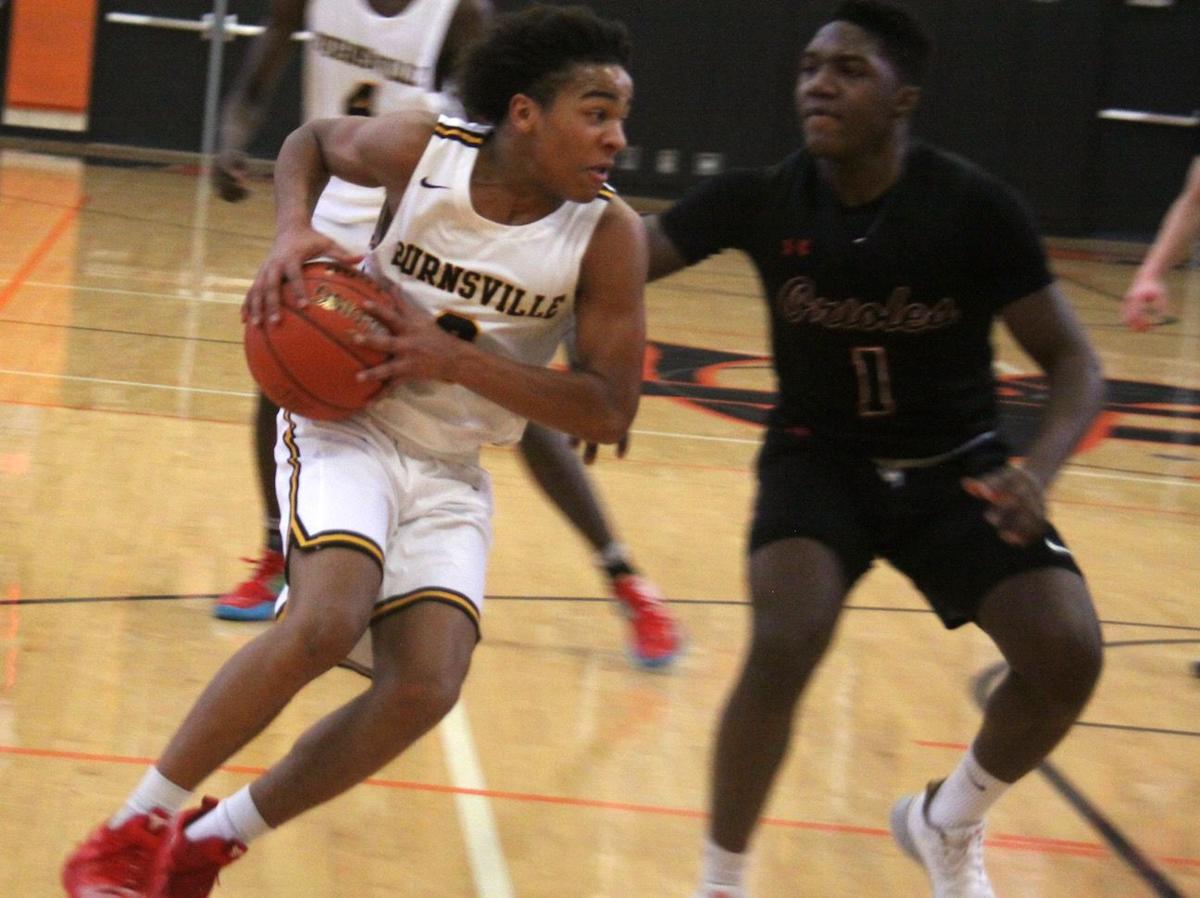 Ninth-grader Ibrahim El-Amin drives to the basket in Burnsville's 65-58 win at St. Louis Park Nov. 20 in its season opener. 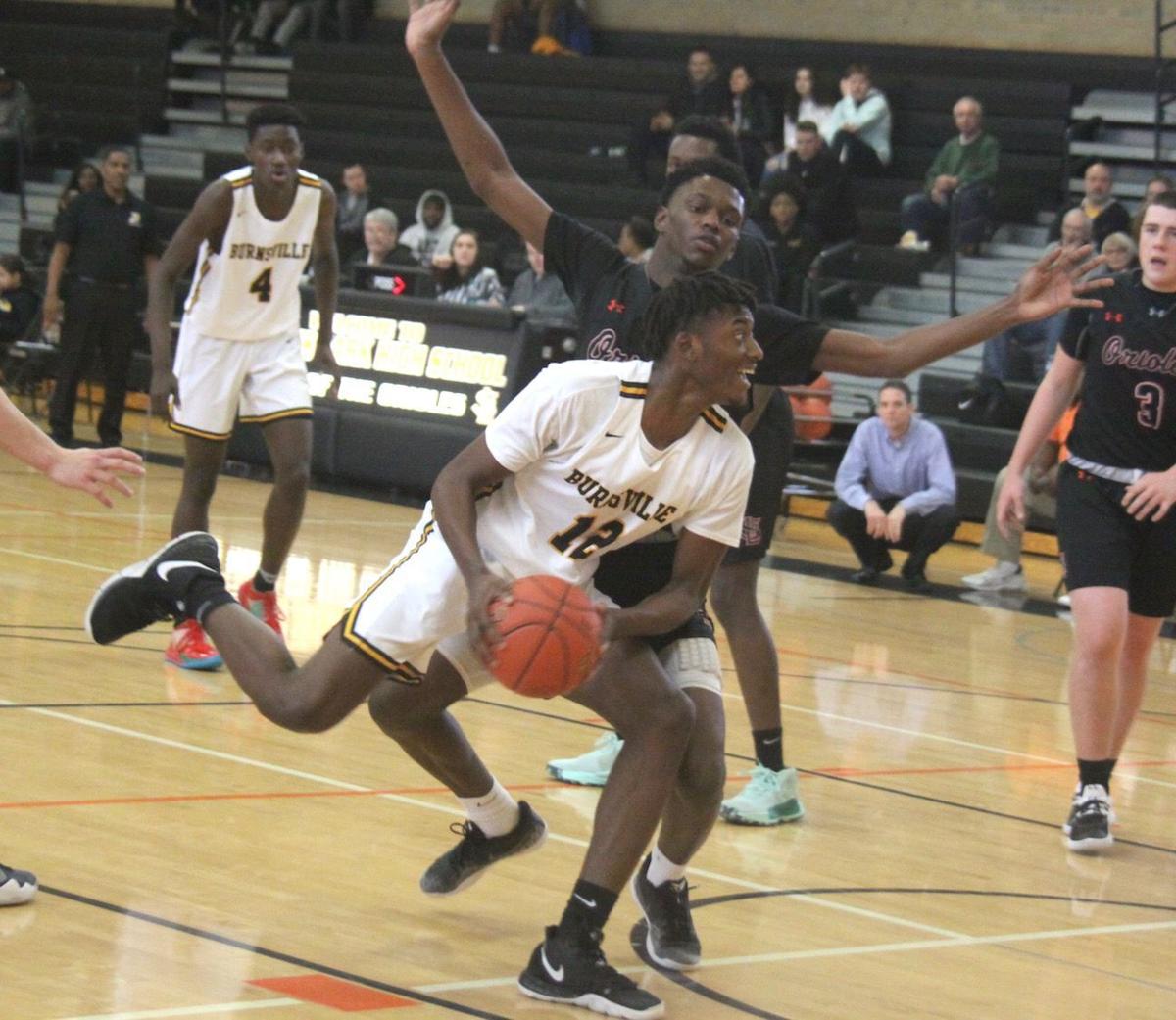 Senior Josiah Jordan tries to get to the basket in Burnsville's 65-58 win at St. Louis Park Nov. 30 in the season opener.

Ninth-grader Ibrahim El-Amin drives to the basket in Burnsville's 65-58 win at St. Louis Park Nov. 20 in its season opener.

Senior Josiah Jordan tries to get to the basket in Burnsville's 65-58 win at St. Louis Park Nov. 30 in the season opener.

Don't sleep on the Burnsville boys basketball team this season.

The Blaze lost nine seniors from last year's squad that reached the Section 3AAAA title game, before falling 82-64 to Eastview. Burnsville finished the season with a 12-17 overall mark (7-11 in the South Suburban Conference) under second-year coach Rob Mestas.

Mestas brought a lot of pedigree to the program last year. He was the state's Mr. Basketball award winner in 1995, played Division I at Miami of Ohio University, and won 54 games in six seasons as the head coach at Minneapolis Roosevelt.

Mestas also brought with him Khalid El-Amin as an assistant coach. El-Amin was the state's Mr. Basketball winner in 1997. He won a national title at the University of Connecticut in 1999 and played one season in the NBA for the Chicago Bulls, along with multiple professional seasons in Europe.

In Burnsville's season opener Nov. 30 at St. Louis, it was El-Amin's son, Ibrahim, who led the Blaze to a 65-58 victory. The ninth-grade point guard scored a game-high 19 points.

El-Amin knocked down three 3-pointers in the first half in his varsity debut. Sophomore Yarin Alexander scored 18 points for the Blaze, while senior Cedric Ung finished with nine points and seniors Daniel Rosenber and Josiah Jordan both scored seven.

Jordan, Ung and Alexander all got some varsity minutes last year. They were starters for the Blaze against St. Louis Park, along with El-Amin and Rosenber.

Senior Luke Kempf came off the bench to score three points for the Blaze, while ninth-grader Khalif Bettis scored two.

Burnsville will get tough test in its second game, playing at No. 3-ranked Eden Prairie Dec. 3. The Blaze's home opener is Dec. 9 versus Chaska. Both start at 7 p.m.

The Blaze will open the SSC season getting a rematch with Eastview on the road Dec. 9 at 7 p.m. The Lightning are ranked No. 8 in the first Class 4A poll and are one of three SSC teams in the top 10, including No. 4 Prior Lake and No. 7 Shakopee.

Eastview looks to the be favorite in Section 3AAAA. They were the only team last year with a winning record in the eight-team field.

In reclassification last May, Lakeville North was moved into Section 3AAAA. The Panthers had won eight straight Section 1AAAA titles from 2012 to 2019.

Other teams in the Section 3AAAA field are Apple Valley, Eagan, Rosemout, Hastings and Park.

Burnsville's other state appearance was in 2004 when it lost to Chaska in the Class 4A state title game.