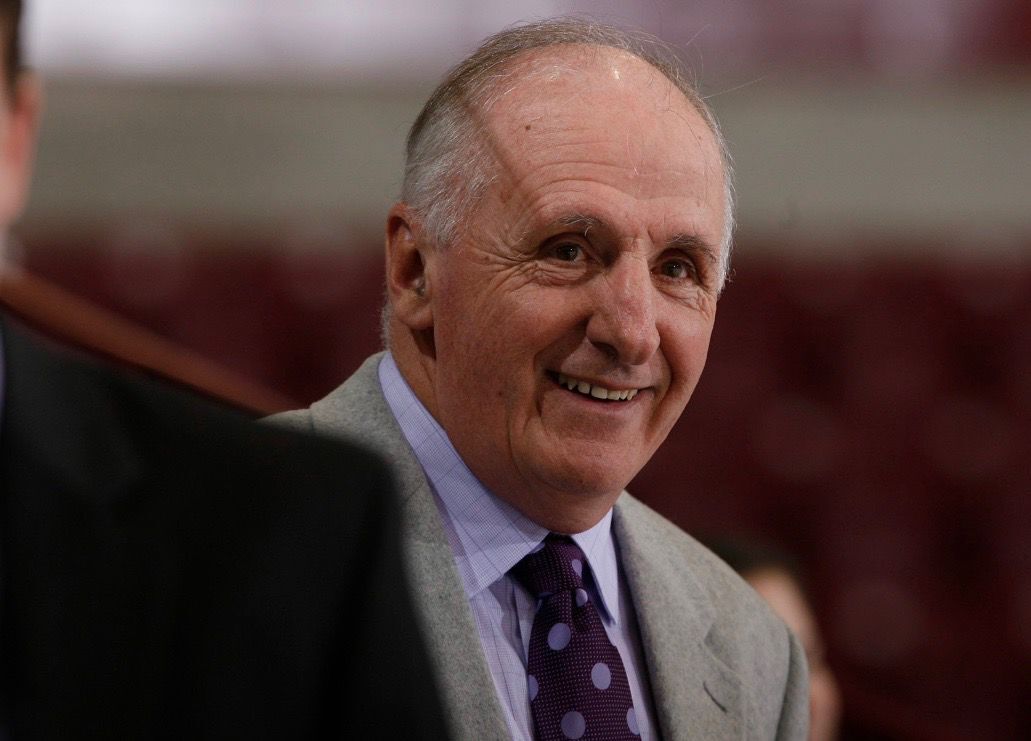 Tom Osiecki coached the Burnsville boys hockey program from 1966 to 1990, winning two state titles (1985 and 1986). He was inducted into the Minnesota Coaches Association Hall of Fame in 1995. 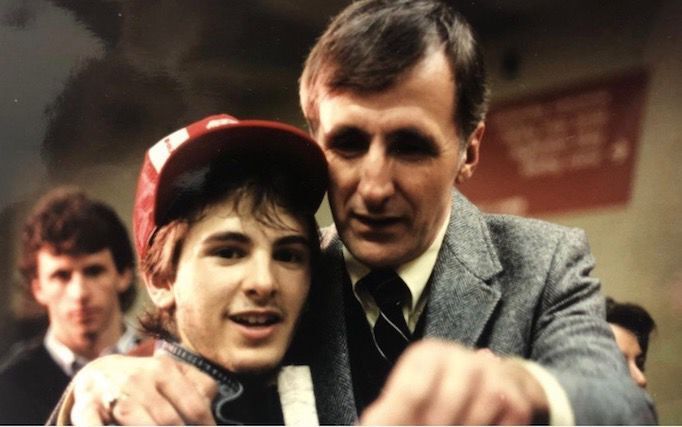 Tom Osiecki coached many Burnsville hockey players in his 24-year career, helping many play in college, including Rob Granto (pictured), who went on to play at the University of Wisconsin after helping Burnsville win the state title in 1986.

Tom Osiecki coached the Burnsville boys hockey program from 1966 to 1990, winning two state titles (1985 and 1986). He was inducted into the Minnesota Coaches Association Hall of Fame in 1995.

Tom Osiecki coached many Burnsville hockey players in his 24-year career, helping many play in college, including Rob Granto (pictured), who went on to play at the University of Wisconsin after helping Burnsville win the state title in 1986.

There’s an effort underway to raise funds for whom many consider the father of Burnsville hockey.

Legendary coach Tom Osiecki started the Burnsville program in 1966 and coached the team until 1990. He won back-to-back state titles in 1985 and 1986, and was inducted into the Minnesota Hockey Coaches Association Hall of Fame in 1995.

Pete Heunisch, a 1987 Burnsville High School graduate, was a team manager for Osiecki from 1985-87. Heunisch’s father also coached with Osiecki starting in 1967.

Heunisch is leading the fundraising effort for a life-sized, bronze Osiecki statue outside of the Burnsville Ice Center. Nick Legeros has been commissioned to build it.

Legeros created the Sid Hartman sculpture at the Target Center in Minneapolis.

The Burnsville City Council approved building the statue July 13. The project has been endorsed by the Burnsville Community Foundation.

There’s a go-fund me page to help with donations; gofundme.com/f/tom-osiecki-statue.

Heunisch said the fundraising has been slow at first, but there’s hope the statue can be up by next February. That’s when a celebration is planned for the 50th anniversary of the Burnsville Ice Center.

“I’m hoping the word of mouth gets more people interested,” Heunisch said. “One of the first contributors was Tom Chorske, who didn’t play at Burnsville. He was the first Mr. Hockey winner (in Minnesota) in 1985, played for the Gophers, was the last member cut from the 1988 U.S. Olympic Hockey team and won a Stanley Cup with the New Jersey Devils (in 1995).

“The majority (of contributors) are players, but there are a lot of friends and fellow students who are contributing,” Heunisch added.

Edina raised enough money for a statue of their Hall of Fame coach Willard Ikola, also created by Legeros, at a weekend golf tourney, Heunisch said. Burnsville is a little more blue collar.

“This isn’t Edina,” he said. “We earn our money the old fashioned way; we earn it.”

Over the years, Osiecki, who grew up St. Paul, has never really sought the spotlight. That hasn’t been his style. The former Burnsville High School teacher, now 78, still lives in the city.

But what he accomplished as coach and in the sport overall is hard to overlook. He won six section titles, five straight from 1983 to 1987, during his 24 years coaching Burnsville.

Along with the two state titles, his team was state runner-up twice. He was also the 1985 Coach of the Year.

Osiecki was also an NHL scout for the Minnesota North Stars, turned Dallas Stars, and served as president of the Minnesota Hockey Coaches Association in the late 1980s.

“The arena was always packed on Tuesday nights and Saturday afternoons to watch (Osiecki’s teams) play,” Heunisch said. “The marching band was there playing the Braves’ (Burnsville’s original nickname) fight song and it was always alive.

“Everyone wanted to play varsity hockey and Tom was the coach,” Heunisch added. “Many dreams were achieved and other hearts were broken. But even those who didn’t make the squad would still show up to watch and cheer on the Burnsville Braves.”