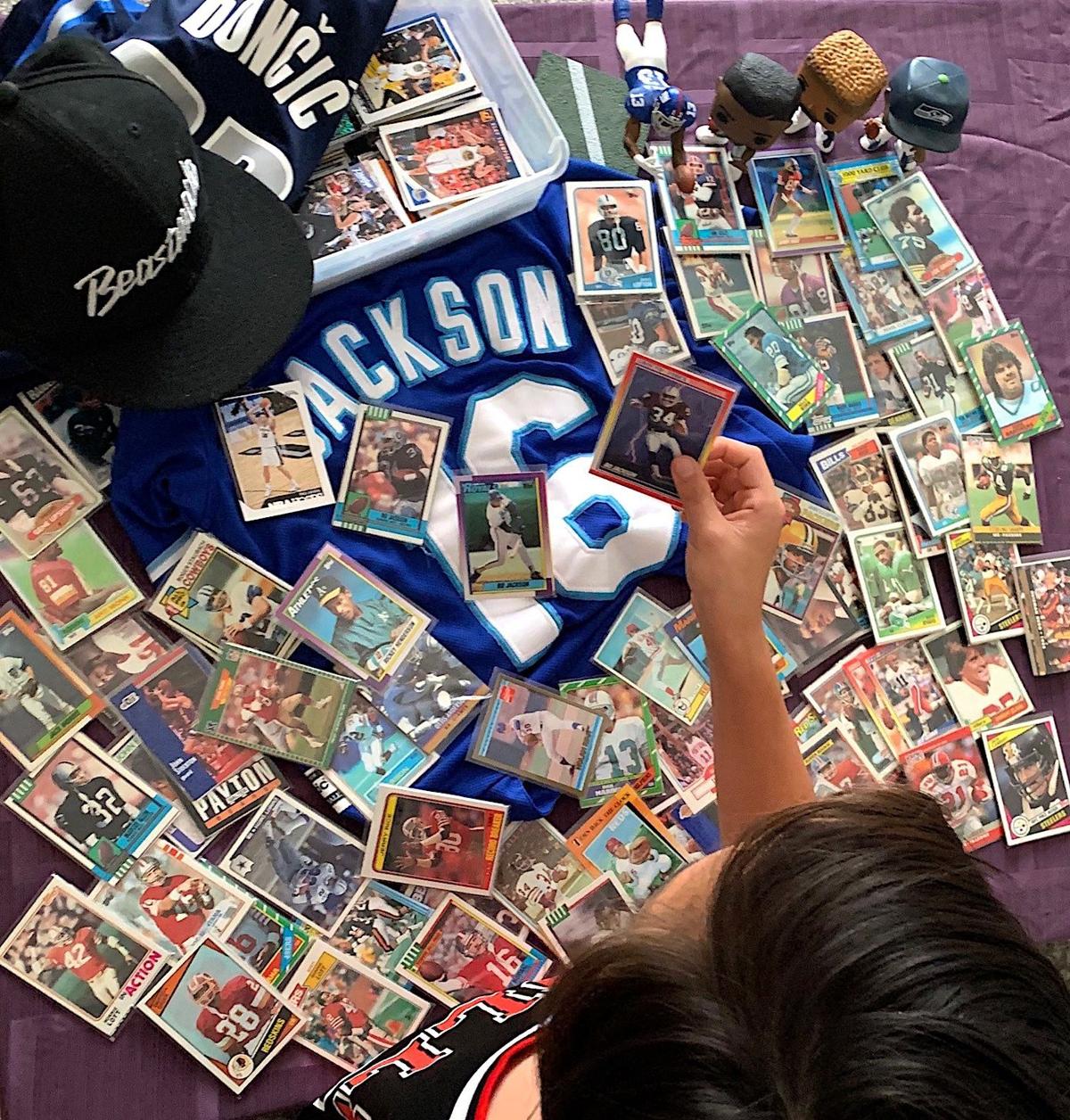 The sports card industry is making a big comeback, not only with kids but their parents who used to collect cards. 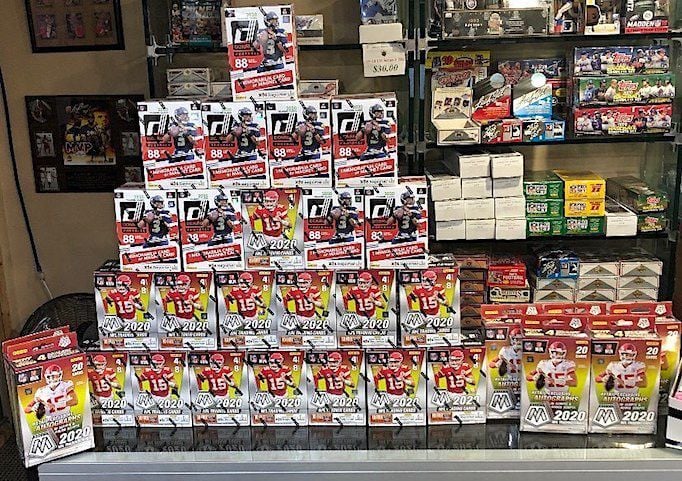 Absolute Sports Cards in Savage says business has never been better as adults are looking to get back into sports cards while their kids are starting to discover the hobby. 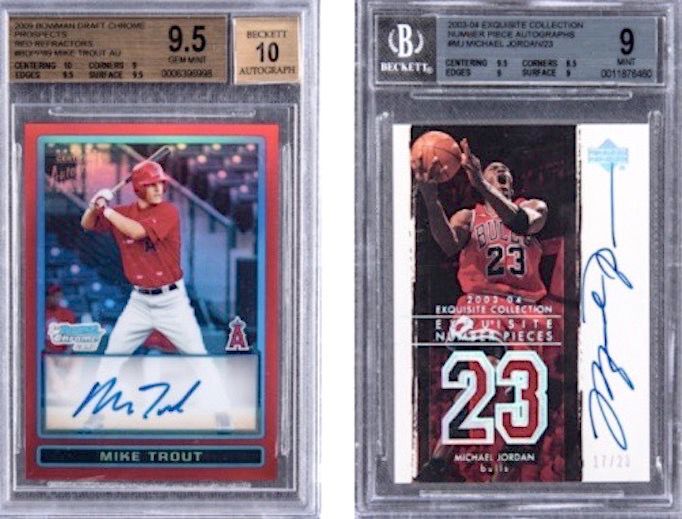 Back in August, a rare, signed Mike Trout rookie card sold for $3.93 million by Goldin Auctions, the highest price ever been fetched for a trading card. At the same time, a 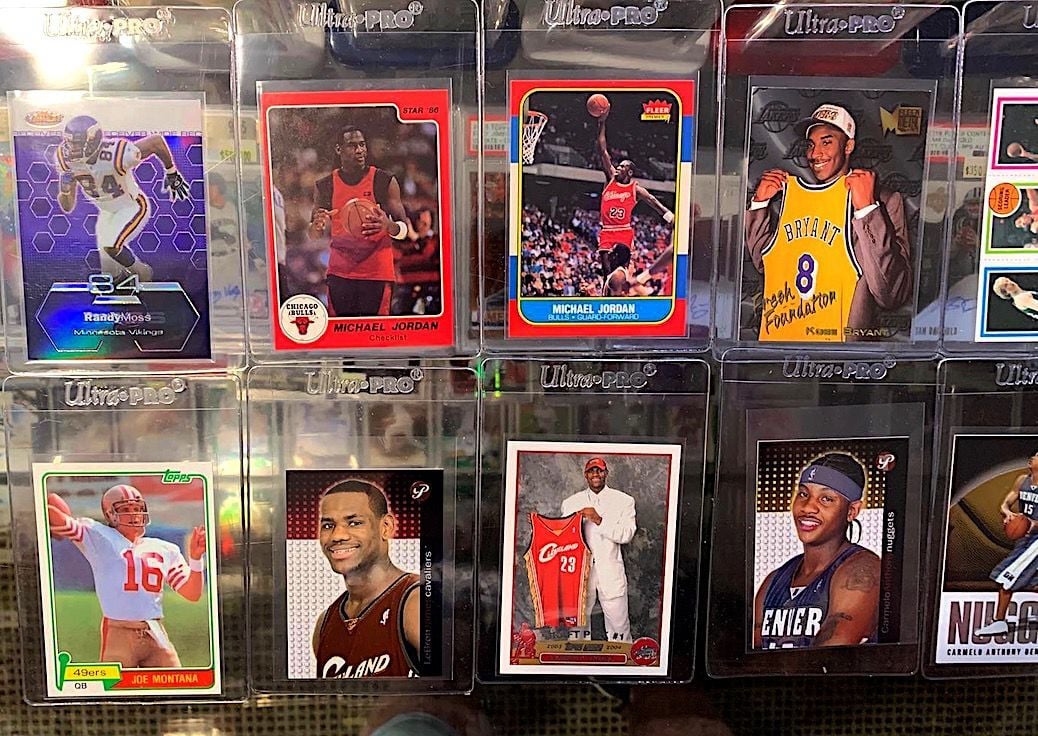 There have been many different sports card manufacturers over the years, but right now the four major sports leagues have deals with just one. T

The sports card industry is making a big comeback, not only with kids but their parents who used to collect cards.

Absolute Sports Cards in Savage says business has never been better as adults are looking to get back into sports cards while their kids are starting to discover the hobby.

Back in August, a rare, signed Mike Trout rookie card sold for $3.93 million by Goldin Auctions, the highest price ever been fetched for a trading card. At the same time, a

There have been many different sports card manufacturers over the years, but right now the four major sports leagues have deals with just one. T

It was a booming business in the 1980s and into the mid-1990s, before slowly falling off.

The first decade of the 2000s was not good for the sports card industry. A flooded market, the rise of the internet and video games that can be played at home looked to be a death sentence to a once billion-dollar market.

But nearly every sports enthusiast loves a great comeback story, and the return of sports cards is one of them.

"Business has never been better," said Clint Wolcyn, co-owner of Absolute Sports Cards in Savage. "We've never been more busy. There's a lot of reasons why it's come back so well.

"Sports cards, to athletes, are like stocks to investors," Wolcyn added. "They have become a legitimate, alternative investment, similar to coins and art."

Wolcyn and co-owner Mike Hanson opened Absolute Sports Cards in May of 2015. The business was slow-go at first, but there were signs when they first started the industry was coming back.

"We've done more business the last four months than we did in our entire first year," Wolcyn said. "What I dreamed this business could become, it has now surpassed that four to five times already."

Was Wolcyn worried when the COVID-19 pandemic hit last March that it would drastically slow down the rise of sports trading cards?

"We were very concerned that we would have to close for a while," he said. "But the online business sustained us. It was actually a perfect storm. People were at home with time on their hands. There were no sports. A lot of that (sports entertainment) money went directly into the card market."

Sports cards were trending up before the pandemic, and there's multiple reasons why.

Gary Vaynerchuk, also known as Gary Vee, is an famed entrepreneur, author, speaker with a massive following on various media platforms. He's also an avid sports card collector, and a few years back he predicted the comeback.

Three of his reasons:

Wolcyn said the father-son connection has been seen in his store. Dads who collected in the 1980s and 1990s are returning to their love of cards and introducing them to their children. There's a lot of nostalgia there. It's a way for fathers to bond with their sons and daughters.

"I've got dads, customers, making a full-time living flipping cards now," Wolcyn said. "They got back into it, and there kids are now into it.

"There's still that excitement of getting a pack of cards and seeing who is in there," Wolcyn added. "What player did I get? That's always fun. That's always been there. It's a form of entertainment."

Back in August, a rare, signed Mike Trout rookie card sold for $3.93 million by Goldin Auctions. It's the highest price ever paid for a trading card. At that same time, a Michael Jordan autographed card sold for $187,730.

When ESPN came out with its documentary last spring, "The Last Dance," a detailed account of the career of Jordan with the Chicago Bulls, the sports card industry benefited.

eBay reported price gains of 150% for the Jordan Fleer rookie card in the month of April during the documentary.

One of the declines of the sports card industry was partially due to flooded markets. There have been many different manufacturers over the years, so pricing of top cards became difficult and so was the quality.

At one point, the four major professional sports organizations were connected to multiple manufacturers to produce cards of their athletes, but now each have downsized to just one.

The NBA's and the NFL's partner is Panini America. Upper Deck has the license for the NHL, and Topps is with the MLB. According to Forbes, those single partnerships have "helped lead to lucrative player exclusives deals."

Baseball cards were a billion dollar industry in the 1980s. It fell to $200 million dollars in the early 2000s.

Zion Williamson of the New Orleans Pelicans signed a multiyear trading card deal with Panini America. The rookie was an immediate NBA sensation this past season, and his rookie card sold for nearly $100,000 on eBay back in June.

Normally, it takes years, decades, for a top card to reach peak investment. The internet has changed that.

"Cards are an investment now; people are now betting on their success like they do stocks," Wolcyn said. "Some of these cards have the potential to become a valuable investment, and some are willing to take that risk."

Before Trout's rookie card sold for a record price, the highest seller belonged to a player from the early 1900s. Honus Wagner played for the Pittsburgh Pirates and the Hall of Famer is considered one of the greatest hitters of all time.

Wagner's baseball card was produced by the American Tobacco Company, the T206 series, from 1909 to 1911. Wagner refused production of his card for two reasons; he didn't want kids to buy cigarette packs to get his card and he was not being fully compensated.

The last reported sale of that Wagner card, albeit a different one but from the same series, sold for $3.12 million in 2016.

"Cards are an investment now; people are now betting on their success like they do stocks."